This year, when Ceylin del Carmen Alvarado, the rider for Alpecin-Fenix, decided to take a step further and compete in the elite category instead of U23, she was not wrong. The Cyclocross World Championship title was the culmination of a spectacular season in which Ceylin has continuously excelled. Born in the Dominican Republic, she moved to the Netherlands with her family when she was 5 years old, where she developed as an athlete and has proved to be a very talented cyclocross rider with impressive technical skills, explosiveness, and tactics. After some well-deserved vacations, some days ago we had the chance to talk to Ceylin, who told us a little bit about herself, her season and her passion for cycling. All of this in a very chill interview, with a very open and cheerful attitude and a wide smile from ear to ear.

How would you describe your beginnings in cycling?

“In our family, we have always been closely attached to sports. We started in athletics but, eventually, my father introduced us to cycling. From a young age, he had always cycled and he even competed at an amateur level. He had the chance to share his passion with us, which we love as well and lasts until now. We first started in road cycling and in the following two years we tried cyclocross, we loved it!”

“Diversity. Unlike road cycling, in cyclocross every race and course are different. The terrain can either be dry or humid, you have sand or mud, there are small hills and you have to get off and back on the bike as fast as you can. It is the combination of all these factors that I love. It is something similar to MTB, which I also do.

In addition, the fans and the familiar atmosphere is something quite special. I try to share as much as I can with them. Everything starts in the morning when we get to the parking lot, where they ask for autographs and pictures. Then, they watch us inspecting the course and, for example, when we stop to practice a section, they tell us how we should do it like they were our own coaches (laughs). During the whole race, they constantly cheer us up, especially in Belgium, where you feel like one of them. They also like drinking a lot, which increases their commitment to shout out and cheer up. When we finish the race, they remain there for hours waiting for us to get out of the RV and talk a little bit with us. It is funny because some have learned some random Spanish words that they shout during the race. Other fans still wonder how I have been able to adapt to the cold, but I have been living here almost all of my life!”

What does a day in Ceylin’s life look like?

“My daily routine… I train every single day, therefore I am on the bike each day of the week. But now, since I am not in full season: I wake up, I have breakfast, I check the email, I help around the house and I go out with my friends to eat something. It is kind of strange not being in the usual training schedule.

In full season it is rather different and I must pay attention to the coach. During the morning I go out and ride. I am usually back around noon when I eat something. I might train a second time during the day, but already at home. Later, during the evening, I get some rest and go out with some friends to escape from the four walls. To finish the day it is time to eat well and head to bed on time.”

You had an incredible season, could you summarize it?

“It was not something I was expecting, but I had a wonderful season. I knew that it was going to be something beautiful and that I could go far, but nobody expected that it would go so well. I think there were many factors that contributed to it. For instance, I am a year older and a year stronger, the team and the MTB helped a lot or the love of God. I learned and grew up as a cyclist from both a physical and mental point of view. I still believe that I can improve, but the next step will not be as large as this one was.

Clearly, the best moment of the season was winning the World Championship, but the victory in Koksijde (Belgium) was very important as well; it is my favorite course and it was my first victory in the World Cup. On the other side, the worst day was when I crashed in the last section of Hoogerheide (the Netherlands), I lost the race but I had also lost the first place in the general classification for the World Cup. It was a hit below the belt.” 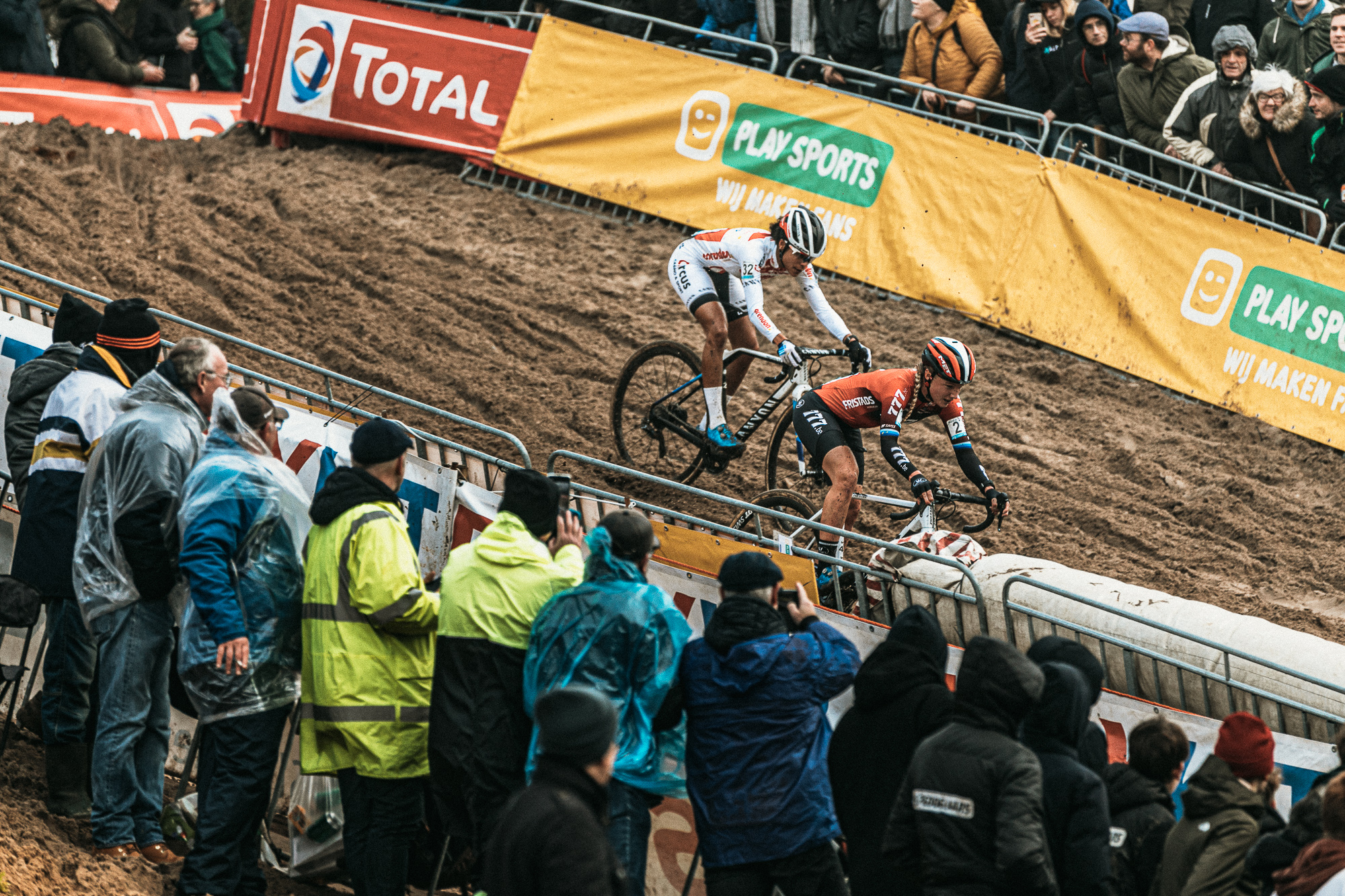 Regarding the other riders, what makes you stand out?

“I do believe that the technique is my strong point, but I also feel like I race and think differently during the competitions. Aside from that, the biggest difference is my personality; I am a very cheerful and sociable person who is very calm and always with a smile before and after each race. Besides, I try to have a good relationship with the other riders. Being friends is a big word, but we are good colleagues and we always respect each other.”

“If I register for a race I want to win. It is worth mentioning, that every race I have participated in were important events in which I was competing for a title or the general classification of the championship. There were a couple of more relaxed races that did not have as much repercussion and I was freer. The first part of the race was relaxed and in the end, if I was feeling alright, I could give it all.”

Tell us a bit about the D-day, the World Championship in Dübendorf (Switzerland). The course was very fast, for powerful cyclists, and the technical sections, only a few, were hard. How did it go? What did you feel?

“The last lap was very tough since we had been battling from start to finish. In the second-to-last lap I remember thinking and feeling totally exhausted and that maybe that would not be my day. However, when the last lap started I told myself to fight for the first position and to hold on until the last moment. I tried doing the technical sections first. I remember arriving at the muddy hill second or third in every lap; I had to get off the bike because I did not have enough speed to get to the top. But in the last lap, I left a gap before me in order to try reaching the summit. If I did not succeed it would be my fault, yet I managed to do it and to keep on  AnneMarie Worst wheel. In the last fly-over and in the last turn I could not get to the front, thus we arrived at the last sprint side by side. I gave it all till the end and I was the best.

I could not believe I had won. I was thinking about the fatigue and the pain I was feeling instead of realizing I had won the world champion title. Now, when I see images or videos about that day everything comes back to my mind: every corner, every second and even what I was thinking at that very moment. There are times when my eyes still fill in with tears. It was a really amazing day from which I have fantastic memories.” 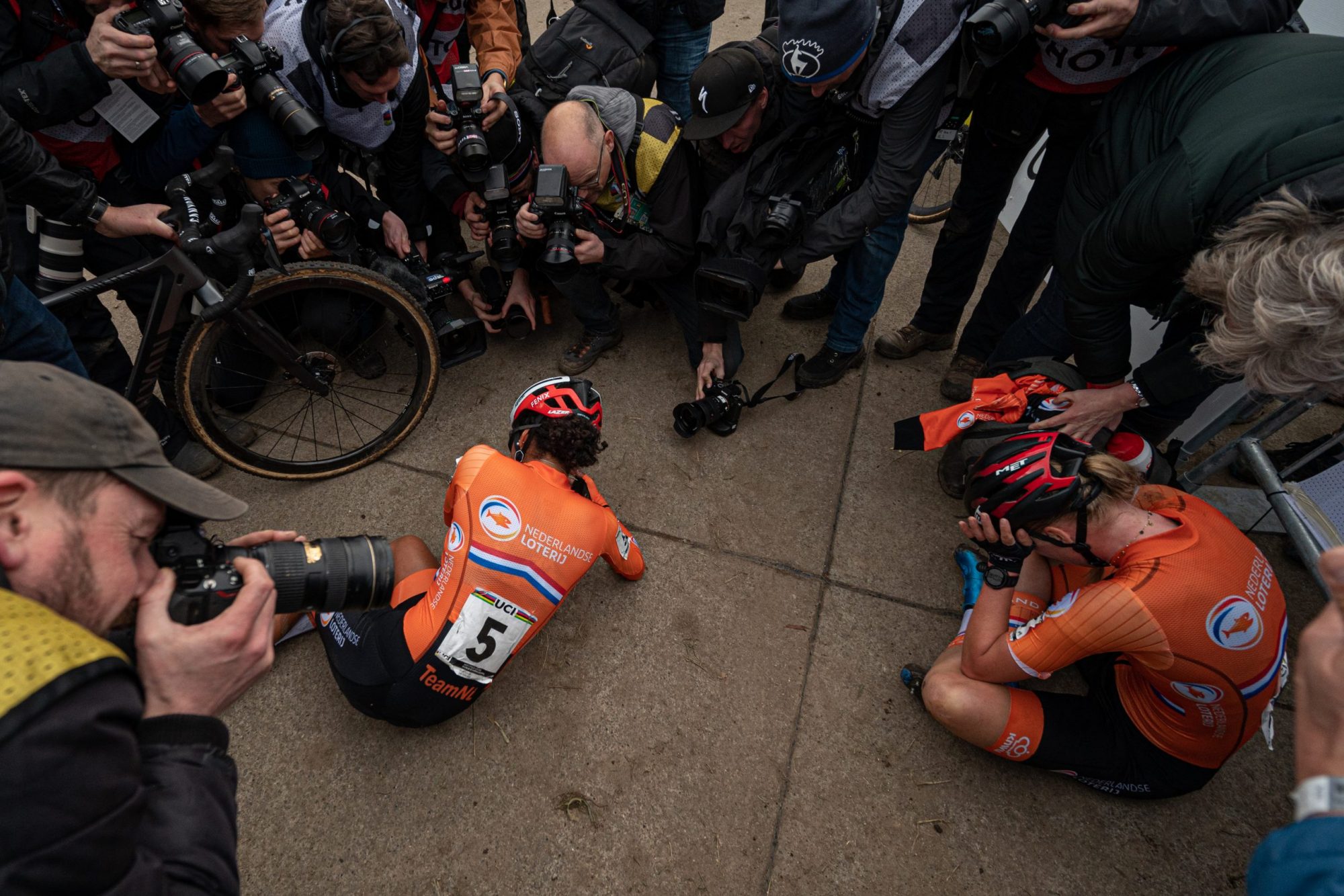 Has your life changed after winning the world title?

“My life is pretty much the same. What has changed the most is the attention I receive from the media: interviews, newspapers or the radio. People on the streets recognize me, they stop me and we discuss their thoughts and opinions. But I am still the same person; the relationship with my friends and my family remains the same. I should also add that from the Dominican Republic there is an increasing interest in me, a connection that would not have appeared otherwise.”

What are your plans for the next season?

“In April I will start the MTB season, which will last until the World Championship in June. After that I will do a short season in road cycling in order to maintain the competitive spirit and the speed, to later focus on cyclocross again. Regarding cyclocross, I would like to keep the titles I have already won and to have a better season than the last one.”

Women’s cycling is raising, what can you tell us about that?

“I believe the UCI is taking steps to diminish the differences between women and men. For instance, the races last between 45-50 min instead of 40 min. The salary is still different, but the prizes are being equaled. This year we also had the chance to witness the first world championship in the women junior category. Even though the UCI has good intentions, the process is slow and they should accelerate it.

About the level in women’s cyclocross, it is increasing each year. For example, there are more women who are bunny-hopping the barriers, as a way to claim our place in the sport. In fact, Sanne Cant, AnneMarie or myself are capable of passing them, but there is no need in doing it right now. If the leading riders started hopping them, we would all feel forced to do it in order not to lose seconds. I think that every year there will be more women doing it, and in a few years, it will be mandatory. It is also true that they are quite high, 40 cm. Men are stronger and go faster, for us it is a little bit harder. In any case, it would be a good show for the spectators to prove that we are also capable of.”

Our favorite question, an anecdote?

“I remember this season’s race in Ronse (Belgium), for the general classification in the DVV trofee. It was a great day, but also a moment to take a step back and reflect. The previous week I had been in a training camp, and the course felt the complete opposite, with mud and rain. I was riding alone in front of the race when I entered the pit area and my bike had been dropped on the ground. I had to switch bikes myself. I did it so slowly that AnneMarie caught up with me. We rode together for a while, but I broke alone again. In the last lap, I crashed, but I managed to win. It was an introspective moment in which I realized that I had grown up from a mental and physical point of view. I felt like from that moment on, only a few things would be able to set me back.” 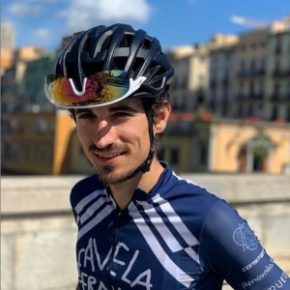 This year, when Ceylin del Carmen Alvarado, the rider for…

We love the stories, and the people that decide to…