We could say that the young prospect Margaux Vigie was destined to high-level competition since she was born. Based in Barcelona during the last few years, we had the chance to get to know her, be part of the same races and, of course, share funny moments with her.

She started racing at a competitive level through speed skating, learning from scratch, working hard and improving day by day until reaching the French national team, taking part in some of the most important races of the world. That is a lot. 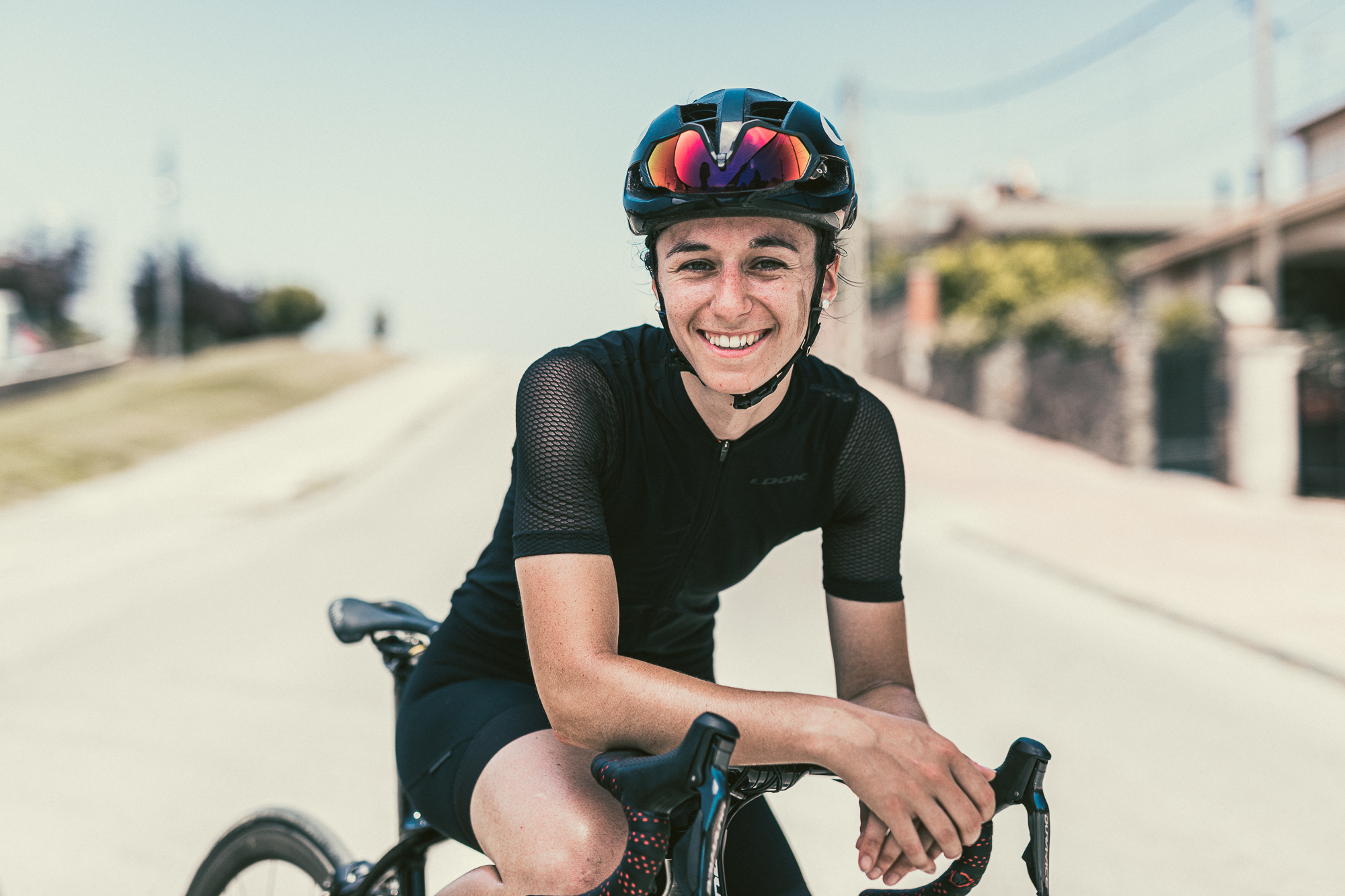 Years later she moved to Barcelona because of her studies and here is where she started taking cycling more seriously and she started to have a big presence in local races. Little by little her interest in this sport increased, and she spent more time in it until today, becoming one of the top riders in the fixed gear world. Her performances, technique on the bike and countless wins have made her one of the biggest rivals in the current international scene.

All her life has been about sports, even her educational background. She has been enrolled in specialized sports centers in Bordeaux and Barcelona, and now she is back in her birthplace Toulouse, to finish her bachelor degree and prepare her professional career, linked to sport in many ways.

Tell us how these last years in the speed skating world have been, where you have even been part of the French national team.

“I started skating because I have a skating track a hundred meters away from my home in Toulouse. The first time I went there was with the school. At first I was doing agility skating but they suggested me to change to speed skating. I continued training and what I liked the most was that I was able to reach high speeds. The coach was mad at me because when he ordered to stop the training I wanted to continue. It was fun to race against the boys, because there were no girls, but also difficult. The first days, when getting home, I used to tell my father: -“Today I have been lapped twice.”- A few days later it was: -“Today I’ve been lapped only once!”- and so on until I finally could hold their pace during the entire training session.”

How was your journey in speed skating?

“I won my category’s French marathon championship and got third in the 10 km points race, which I won three years later. I entered in the high-performance center of Bordeaux, and I was selected for the European championships, but all that after a very difficult period of time because I broke my anterior cruciate ligament, which took me away from the competition for the 2013 season. Being part of the French national team was incredible because we are always in the first positions in every skating championship.

During a whole year, with the aim of getting access to a school for athletes, I focused myself entirely to this sport to be able to get in. It wasn’t possible in France, and that is why I came to Barcelona.”

Did you already know about cycling back then?

“I used my bike to complement my training because a skating session lasted at most two hours, more than that was too much for your feet. So by riding my bike I could add more training volume. My usual route while I was in Bordeaux was to go to the Atlantic Ocean and back, which used to take me four hours.” 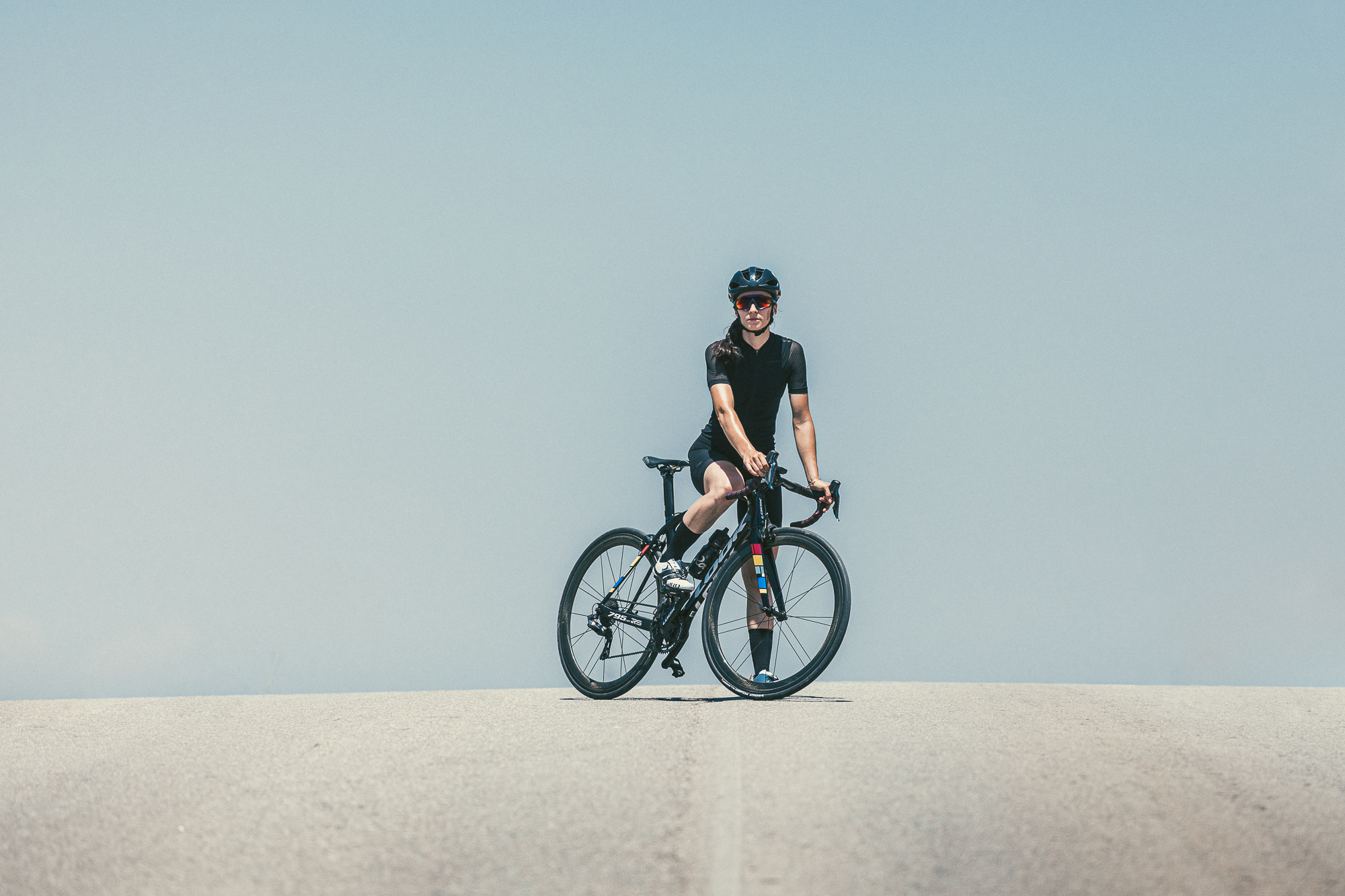 After moving to Barcelona, what differences did you find?

“I found many difficulties to find a good spot to train, and that made me prefer to ride my bike instead. I was used to skating in a closed track, but here it was impossible. The surface of Barcelona is very slippery, and it was impossible to do my interval training. The only possible places were Sant Boi and El Prat de Llobregat, which are far away from home. At that moment I was living in the Barceloneta neighborhood, so I needed one hour and a half to get there. Instead, with my bike, I got to know new people, and I really enjoyed the group rides, so I decided to pursue a cycling career. I didn’t speak Spanish, but I was willing to learn and by attitude was good.”

And from there, how did you get to the fixed gear world?

“I was supposed to go for a ride with someone I knew, but he couldn’t come and instead a friend of him came. During two hours we barely talked, but while we were drinking coffee after the ride he said that he was setting up a fixed gear team and he suggested me to join. I did, and that is why I raced the Red Hook Crit of Barcelona and the Vall d’Uixó criterium. I was very tired after the skating season, but I was happy with my performance in those races.”

At first, Margaux did her first races with the gear she had available at that time. She then joined the Santa Fixie BLB Team, that already provided her with some equipment and allowed her to race abroad. Now, she has stepped up to Team Look Crit, one of the most important teams of the international scene, receiving the support from some of the best-known cycling brands like Look Cycle, Corima, Rapha, Giro, and Oakley.

How has your journey towards professionalism been?

“It may seem that when teams sign you all is good, but the reality is that it has caused me some headaches… To know that you are going to receive three bikes, complete kits and loads of accessories leave me with no more space in my room. There are things that are still inside their box. When moving back to France, I had to carry an incredible amount of luggage. It has been a big change and I’m very grateful for all the help I receive because now I feel like a professional rider, although I’m still not able to live from this.

To know that I can count on the help from the Team Look Crit has encouraged me to demand more from myself. Finishing second last year in the Red Hook Crit, it was clear to me that this time I would have to try harder in order to get the win. Stepping up to the next level was already my main goal, but the support that I receive from these important brands has given me extra motivation.”

Apart from fixed gear, this year you have started racing in road races. How did you feel?

“It is a discipline in which the races have very different characteristics when comparing them to fixed gear. I thought: “What are you doing? Why do you brake?”. Furthermore, with any kind of physical contact everybody gets angry, whereas I’m used to it. My fixed gear background has given me some advantages during descents, although I still crash sometimes. Looking at the future, I would like to be linked to the road racing scene without forgetting the fixed gear world, that I also like, mainly because the atmosphere there is much more relaxed. After the races you go and have a beer with the rest of the riders, whereas in other disciplines you do the race and go home straight away.

It is true that one big difference between the fixed gear races and the road scene is that the organizers of those races do not try to innovate to give a touch of fresh air to their events, whereas all fixed gear races try to provide a top event in all senses.”

Where would you like to be in a few years time?

“The ideal for me would be to be a professional cyclist on the road scene. If, unfortunately, I don’t make it to a professional team, I would like to be the physiotherapist of one of them. With the progress I’ve done during this short period of time I think I’m capable of it. If you give me time to train more, I’m going to take advantage of it. I feel that I’m in good shape, but I’m going for more. The numbers I’m able to produce during my training don’t lie, and I know I’m capable of more.”

During this year, M. Vigié has won almost all of the fixed-gear races she has taken part in:

We would like to take advantage of this article to congratulate Margaux on her recent victory in Hamburg, proclaiming herself as a Fixed Gear World Champion (unofficial).

As for 2018, it should be noted that, among many victories, he managed to finish the runner-up of the Red Hook Crit Series, without a doubt, the championship of pinion fixed par excellence with the highest level and most important in the world.