Seeing every participant saying goodbye with a: ‘see you next year’, one could clearly see the feeling of satisfaction in the faces of the organizers.

Wendy Janssens and Vince Van Parys co-founded Peloton de Paris in 2014, the first cycling café in Belgium. Since then, many others have tried to follow their lead until today. The concept was shocking because many consider that, in Belgium, cycling is so integrated into the everyday life that there is no need for specialized places like this. Nonetheless, their bet was successful and nowadays Peloton de Paris is a must stop in the area around Mechelen for every cyclist ‘coffee ride’, and a reference for cycling trends.

After realizing travelling around the world that the standard workday of staying from 9 am to 5 pm in an office wasn’t the way they wanted to spend the rest of their time, as soon as they came back Wendy and Vince created a workplace where  they could experience the same sense of freedom they were already experiencing during their bike rides.

Cafe, own clothing brand, cycling workshop, social rides, and organized events. During the five years of existence, Peloton de Paris has expanded the number of different services they provide and, now, they cover all the needs that a cyclist can have. 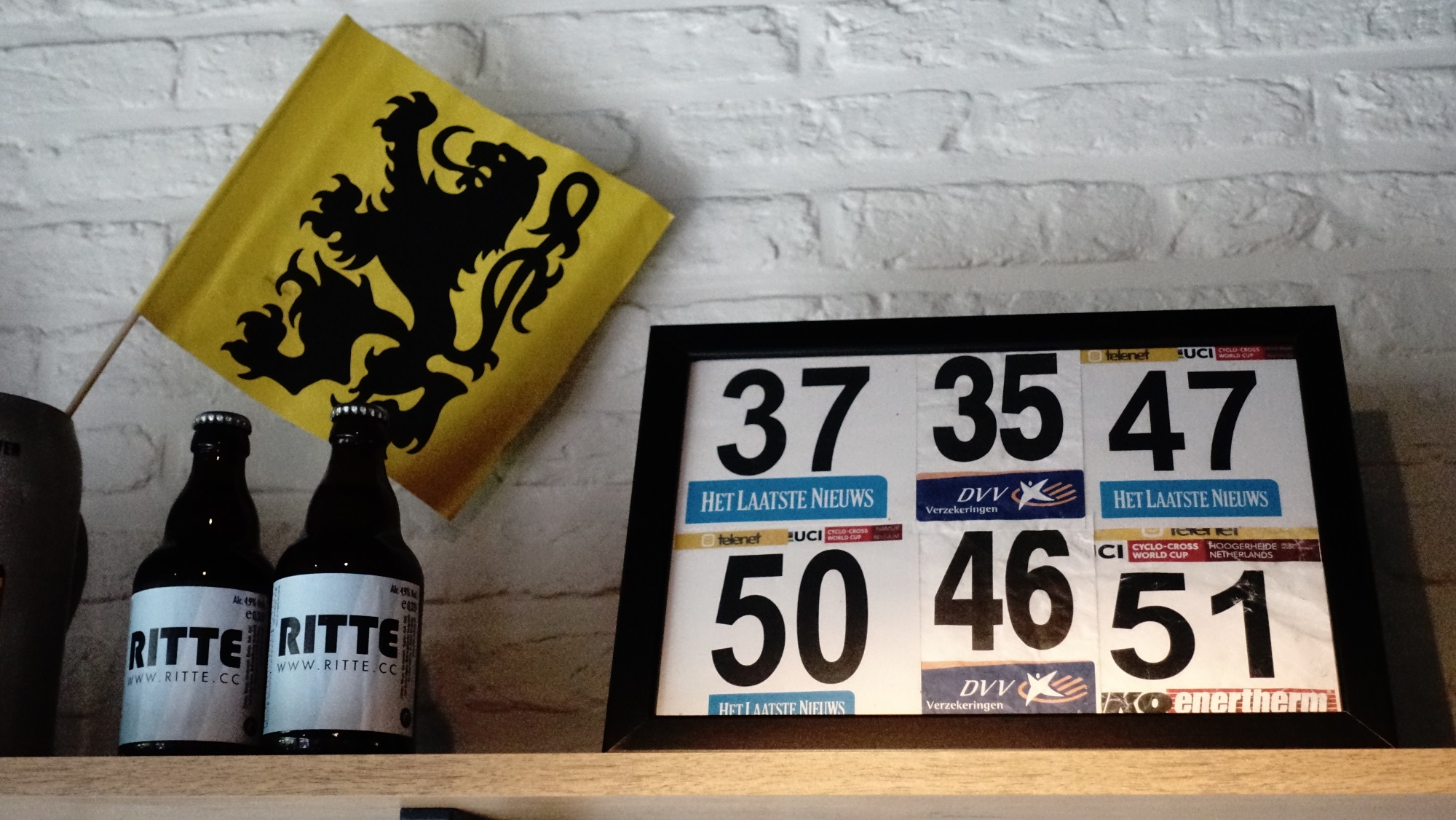 During the weekend of the 18th and 19th of May, the second edition of Peloton de Paris Roubaix took place. The event consisted of going from Mechelen to the Roubaix velodrome on Saturday and doing the inverse route the following day. During the route, participants rode through the flat province of Antwerp, the bergs of West Flanders and the pavé sectors in the border between France and Belgium. The cyclists came from different cities of the country to enjoy a different and special cycling weekend, and even people from neighboring countries took part of the event, arguing that it was on their bucket list since the day they discovered its existence.

With loads of checkpoints along the route, the participants could choose between following the route provided by the organizers or to create an alternative route. Some of them opted for the latter option, using Peloton de Paris Roubaix as a training for future events like the Transcontinental.

“I simply followed my own route. I wanted to go through more checkpoints’. He managed to ride 270km on Monday, but his plans for Sunday wouldn’t be realized because of the morning rain. ‘I was expecting rain but no so much – said another rider. I had in mind a longer route but the rain was too much. It has rained heavily during the first 70km of today.”

The tracks that the organizers sent to every participant prior to the event consisted in a 160km route from Peloton de Paris to Roubaix on Saturday and a 110km route on Sunday. There was also a plan B for Saturday, with a shorter 115km route to get to the velodrome.

When one thinks about this type of events tagged as bike-packing, one imagines cyclist climbing high mountains for many days. Nonetheless, this wasn’t the case this time. ‘The climbs here are short and easy. Yesterday I climbed 1400m and today hardly 1000m, so the climbs by themselves aren’t tough, but the cobblestones have turned this route into a hard one.’

It is clear now that it wasn’t a traditional bike-packing event, but an adaptation of the concepts to the possibilities that the territory in Belgium can offer, in addition to the facilities that participants cannot enjoy in other occasions. The riders that signed in didn’t take part in the event looking for a cycling adventure that would lead them to the limit of their physical capabilities. They turned up with the intention to ride around Belgium in a different way.

Every cyclist fan that hasn’t been lucky enough to ride in the mythical places that cover the professional cycling spring classics has a chance to take part in this event and test the toughness of these roads in just a couple of days, without the need of staying a long time.

“This is a good way to get into the bikepacking world, because the organizers provide you with everything, even the route. You simply ride, sleep, eat, ride again and you are done. You don’t have to bring a tent or whatever, because everything is arranged. If you register for these type of events they give you everything, so one can say that it is accessible for everybody. It isn’t really bikepacking, you just simply ride your bike two days and that’s all.”

The riders arrived at Peloton de Paris on Sunday afternoon, ending a cycling themed weekend. Participants that at first started the route on their own ended up joining other, coming home having met more people with whom to ride within future adventures.

Anecdotes about what they felt when they did a lap around the Roubaix velodrome or the satisfaction of achieving a personal challenge were heard whenever the coffee machine – that supplied the people that were there during the rest of the afternoon – allowed it, and the finishers said goodbye confirming their presence in the following edition of the event.

It was for sure an intense couple of days for Vince and Wendy, but both of them made clear their satisfaction throughout the entire weekend.

We are releasing Places to ride with the idea to…