The clothing brand Rapha has established during the months of June and July a Pop-Up shop in Brussels for the Grand Départ of the Tour. During this period of time, they will be organizing weekly rides and other events. One of them is the Q&A between the EF Education First rider, Sep Vanmarcke, and the broadcaster Niko de Muyter. People who registered for the event had a great time and here is a recap of some of the more interesting answers.

Brussels will be the stage of the Grand Départ this year, but you are not going to take part in the Tour, right?

“I kind of asked the team not to take part. I’ve done it now five times and I don’t really enjoy it. There is no big love between me and the Tour. Being a rider of almost 80 kg isn’t easy. The way I see it is that or you are a sprinter and go for the flat stages or you are a 60kg rider and you perform in the mountains. I’m not a sprinter and I’m definitely not a climber so I’m like: “what am I doing here?”. I think it’s better to give my spot to a teammate who really wants to go. This year I prefer to train really hard in July and be fit for the races in September, like Plouay and the classics in Canada.”

When we arrived there were chips on the table and you told me that they used to be a problem for you back in the past. Why is that?

“Yes! When I was young chips were my guilty pleasure. I ate a couple of bags every week and I had to really learn not to eat them. That was the only thing I really wanted but during the years I got rid of it and now I’m just fine

For me, the eating part is the hardest. I love riding my bike, train hard and suffer, but eating is also nice, although many times when you meet with friends or family and they eat fries you have to eat your salad or try to eat less, which is sad. When you are approaching the classics or big goals it’s easy though, because you are very focused and don’t want to do anything wrong. When the classics season ended it was also a hard time because you want to eat what you weren’t able to eat during the previous months but you have to continue being healthy even without any races on sight.”

You told us a story about your teammate Moreno Hofland. What about it?

“He has the most beautiful dieting plan that a cyclist can wish for. He is super muscled but also super lean, more than any climber. So the thing is that if he gets too lean he gets sick, so now the team has figured out what to do and they tell him to it whenever he can in order to get more fat. He gained two and a half kilos and he doesn’t get sick anymore. We did the Tour of Norway and he already lost weight because he burns so much and the team suggested him again to eat whatever he can, so I wish it was the case also for me!” 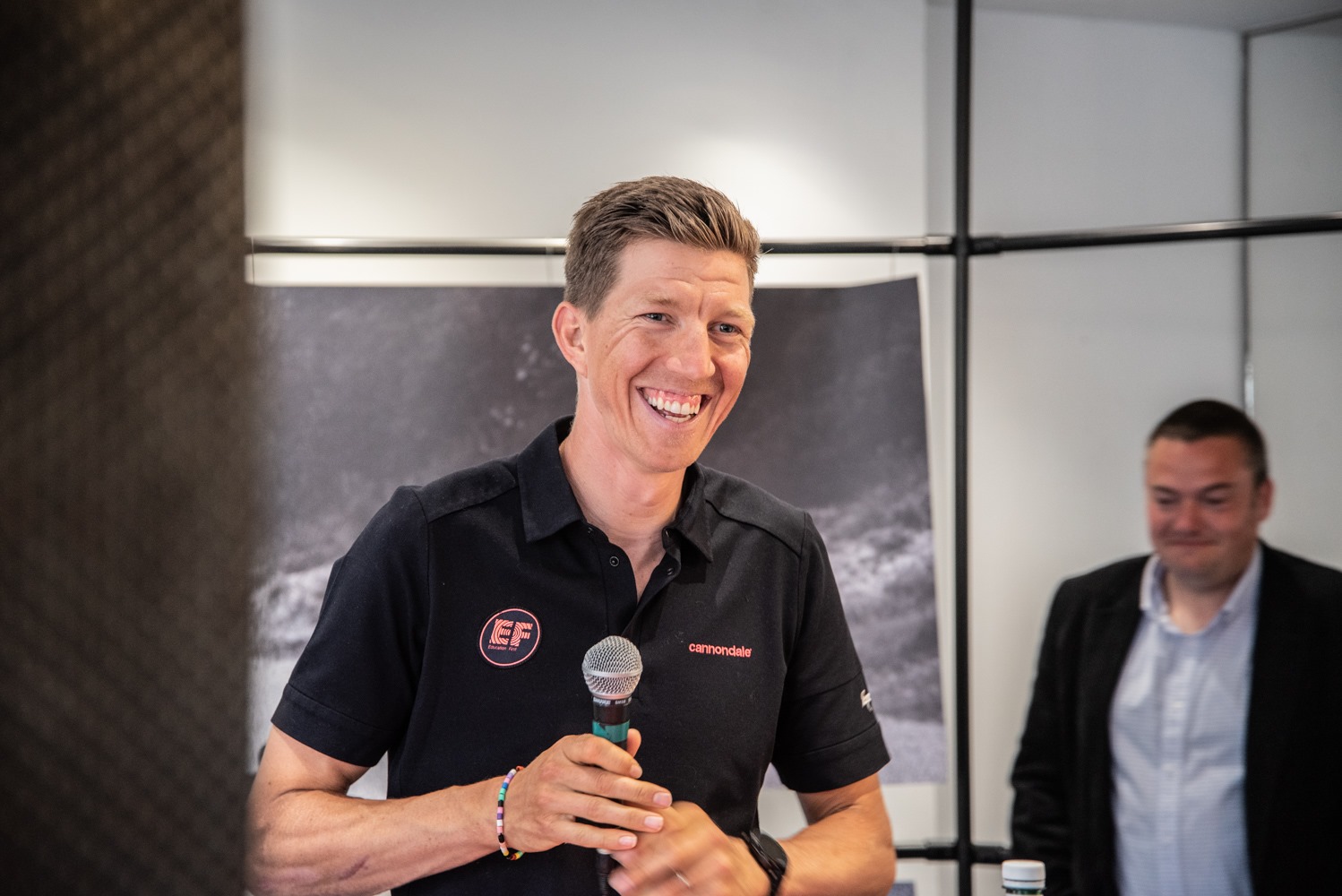 Some of your teammates would love to be part of the alternative calendar EF and Rapha is proposing, whereas others have explicitly said that they don’t want to be involved. Would you like to take part in those events?

“Yeah, everybody followed Dirty Kanza. It was really nice to see and I was like: “oh, one day I want to start that one.” I don’t know what’s the proposed calendar for the rest of the season but it would be nice to take part in something like that. We have been racing on the road for so many years and something like that would be exciting. Nothing like mountain biking because in that case the change of discipline would be too big and we wouldn’t be able to perform, but races like Dirty Kanza are similar to what we are used to. Nonetheless, the team is still a road cycling team.”

What do you think about Zwift?

“Zwift is something that came up really fast last year. I remember Laurens Ten Dam was one of the first ones to use it, and now basically every professional rider has it because it is fun. I prefer to ride on the road if it’s possible but in the winter when sometimes it’s very cold I’m happy to have Zwift and my Tacx. I tried the races but, honestly, they are pretty hard! I struggle to follow the bunch so I don’t know what you’re going on, I think people are cheating with the weight!”

These days, we can see on social media that there…

Whether browsing the internet for a brand new bike or…