If we have learned something in recent years it is that, in gravel endurance races, distance and elevation gain are not the most decisive factors in determining the difficulty of the event. If by any chance you make the mistake of clinging to these values ​​to get an idea of ​​how hard your race is going to be, we can assure you that you are making a big mistake. 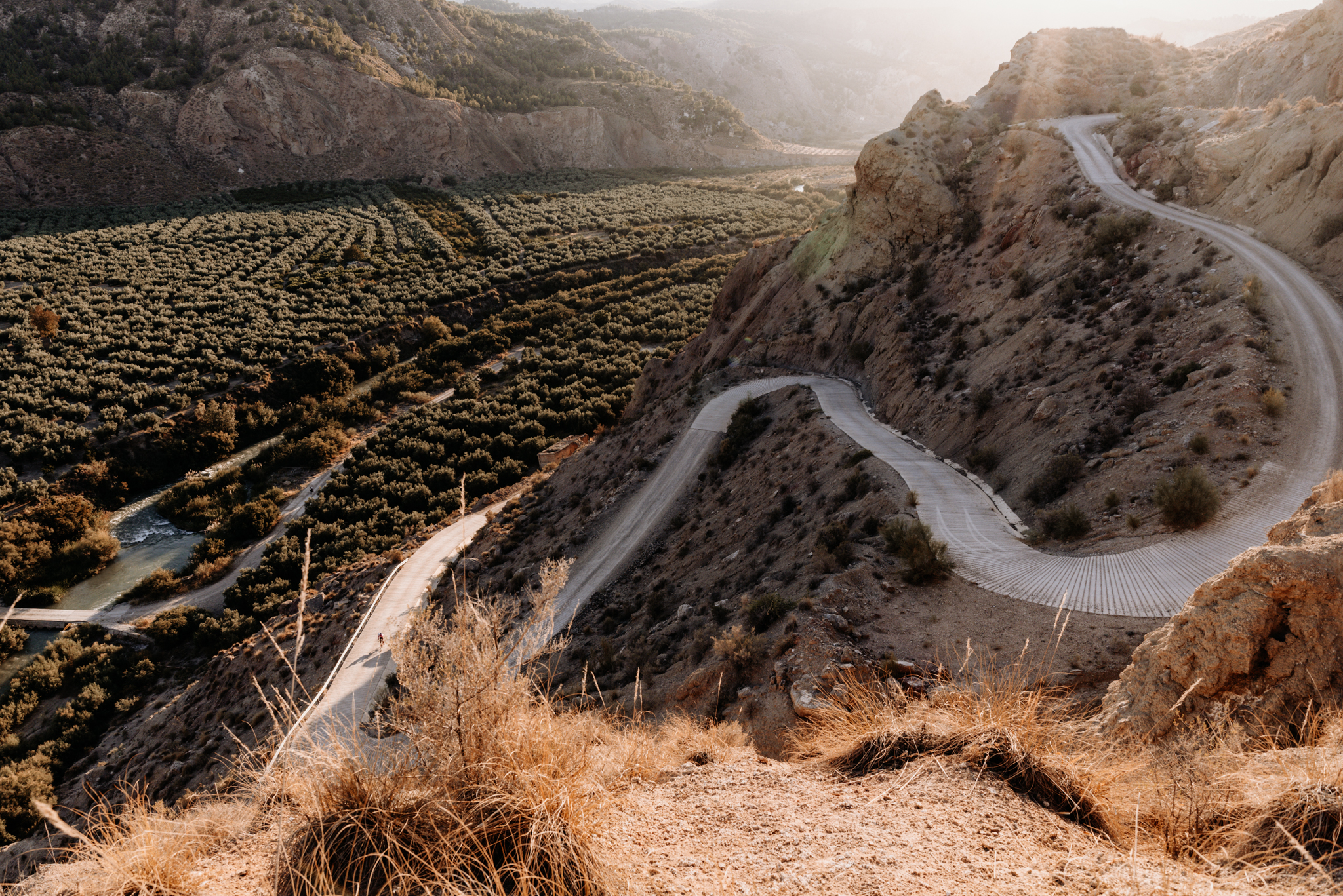 From our point of view, and from that of the majority of people who have participated in challenges of this caliber, we consider that the terrain through which each segment of the track passes through will be the true factor that will determine how much you struggle in an event of this nature.

It is very common that in your first ultra-distance experience with a gravel bike, you make the mistake of looking at the track and saying to yourself “well, now there is a climb, but it is only 4 kilometers …”. Well, that short distance that on any other occasion could be only a few minutes of ascent, if the terrain is rugged and technical, reaching the top can end up becoming a real odyssey (and even more, if you have spent a lot of hours pedaling, with accumulated fatigue, and a considerable lack of sleep in the body).

The reason why we make this point is because during this edition of Badlands 2021, we have seen in the first person quite a few dropouts and a large number of riders surprised by the toughness of the race, and most likely, at some point, they underestimated it. 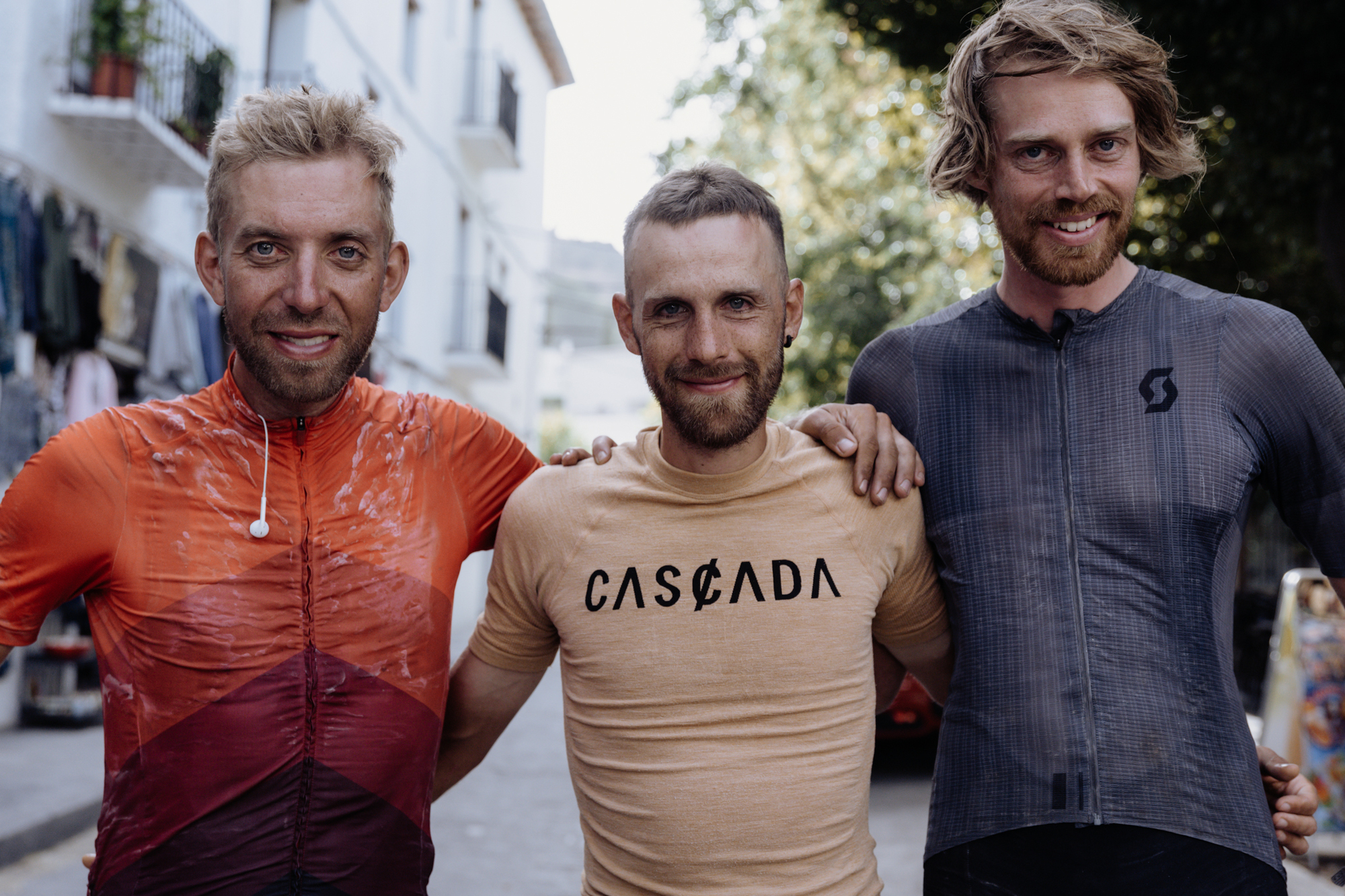 Without a doubt, aside from the 750 km and 15.000 m of elevation gain of the route, one of the main protagonists of this edition was the weather. The high temperatures that were reached during the most critical hours of the day were one of the biggest rivals against which the riders had to fight. The race that runs through some of the driest and hottest places in Granada and Almería (such as the Hoya de Guadix, the Gorafe Desert, or the Tabernas Desert), hit the participants hard, forcing them to fight against the heat as well as they could to avoid an eventful sunstroke, dehydration, or heat stroke.

One of the official recommendations of the organization was to avoid at all costs running out of water during the race and to take into account the great distance that sometimes existed between towns, in addition to the few water sources in some specific areas. Despite the warnings, there were those who had no choice but to get to safety, drop out, and prevent the situation from getting more complicated.

Another aspect to take into account was the changes in the route with respect to the previous year. Due to non-obtained permits to climb the Veleta peak, the organization had to modify some parts of the original track. On the one hand, the loop that runs through the Gorafe desert was lengthened, going from the original 30 km to a total of 100 km, which meant greater exposure to high temperatures for the participants. On the other, the ascent to the Calar Alto Observatory and the descent to Gérgal also underwent some variations, but always with the intention of improving the route. Last but not least, the finish line was no longer in the capital of Granada and was moved to Capileira, in the natural park of the Alpujarra. A very picturesque town but, unfortunately, somewhat far from Granada, which could be a burden for the riders when trying to return to the starting point.

Before ending this general review of this 2021 edition, we would also like to highlight the increase in participants, but, above all, the substantial increase in female riders. It is nice to see how, little by little, more girls decide to embark on challenges like this and manage to claim that women’s cycling at all levels is not something casual.

The fight for the first places

After the great repercussion that Badlands had after its first edition, this year we were able to enjoy a phenomenal startlist among which we can find renowned ultracyclists like Ulrich Bartholmoes (recent winner of the Transiberica), Sofiane Sehili (recent winner of the Silk Road Mountain Race), Mattia de Marchi, Olivia Dillon, Christian Meier, or Alistair Brownlee (twice Olympic gold and several times world champion in his discipline), among many others.

From the first minute of the race, we saw a select group of 10 to 15 runners setting a hard pace that shattered the peloton into little pieces. For most of those who captained the group, it was their first time racing Badlands and despite the warnings, they ignored it and continued to push the pace.

They reached the first checkpoint in Gorafe, the town that gives its name to the first desert, with a 40-minute lead over the winner of the previous edition (Lachlan Morton). In this small town, a stop is usually made to refuel, eat something, and refill all the water bottles before entering one of the first key points of the race. Once there, the 5-6 riders at the head of the race began to distance themselves from each other and small distances began to appear.

The first night was key. The four who had managed to resist (Mattia de Marchi, Ulrich Bartholmoes, Sule Kangangi, and Janosch Wintermantel) chose not to rest after leaving the desert behind and continued on their way to Gérgal. A decision that seems like suicide but that, seen from an ultraracing perspective, was a great success. Making the effort to continue pedaling at night allows you, on the one hand, to move forward in a more pleasant climate and, on the other, to gain time from your opponents and, most importantly, from the sun. What do we mean by this? Well, the leaders of the race managed to reach the top of the Calar Alto Observatory, descend to Gérgal, and begin the journey through the Tabernas desert with a still acceptable temperature and avoiding the scourge of high temperatures.

Mattia de Marchi, once he managed to open a gap to his pursuers, did not look back for a single moment and continued pedaling like an animal kilometer after kilometer. Still, with a lead of several hours over the second rider, there are cameras that can testify that he was running through the sandbanks located in the vicinity of Almería, making it clear that he would not give a single second for granted to his rivals.

Forty-five hours after the start and having only slept 10 minutes, Mattia crossed the finish line located in Capileira and claimed the victory as the winner of the 2021 edition of Badlands. Behind him, and with a difference of four hours, Ulrich and Janosch arrived, who acknowledged that he ran out of Wahoo in the middle of the race and had to continue navigating the route with Komoot offline and using headphones to follow the directions. Absolutely insane.

As for the girls, we saw a very strong Sally McHugh in the first part of the race but, unfortunately, she had to leave due to significant pain in her knee. On the other side, we saw Olivia Dillon (one of the big favorites), suffering a lot from the heat and the harshness of the course despite her experience in races of this type and her great form. The victory went to Dr. Marion Dziwnik who set her pace from the first moment of the race and knew how to maintain the gap she established with respect to the rest of the women to finally reach the finish line in a time of 3 days and 7 hours.

Beyond the results and the time spent, we want to congratulate all those who managed to finish a race like this one, having overcome all the difficulties that occurred and for having won the game against a harsh and hot climate. We can only say: Bravo and keep it on!