Cyclocross riders believe that their season is not going to be as disrupted as in the case of road racing, so they have continued preparing themselves with the upcoming winter in mind. With few races from other disciplines to use as cross-training, there have been no interruptions to their training blocks, so the excitement about the opening races is exponentially building up.

Cameron Mason, the young Scottish rider from Trinity Racing, is confident to be able to start racing again this fall and continue developing as an athlete. After the last cyclocross season, he took things easy and changed disciplines, something he constantly does subject to the period of the year. Changing things up has helped him to stay motivated these last few months and his Youtube channel reflects the range of activities that have kept his days occupied.

He spent February and March mainly mountain biking, practicing his skills and technique, some aspects he really excels at. Although his favorite discipline to race is cross, when he enjoys cycling the most is when he goes for a ride with his MTB. Like most cyclists nowadays, multi-discipline is always on his mind, going for a ride with one bike or another depending on the mood and the moment of the season. The long hours on the road favor gaining speed, and complement the skills and technique that he trains while on the mountain bike.

His days during this time with no races have been far from routinary, jumping on the bandwagon whenever he had the chance to go on an adventure, both with friends and alone. When he heard about the #DIYGravel and #DirtyKanzelled initiatives, he planned an off-road ride with more than 300 kilometers in length to make the most of Solstice Day, the day with the most hours of sun. A ride of that distance is already challenging, but adding up the 4.500 meters of elevation gain and the surface of the terrain made things spicier.

Another long adventure involved riding The Capital Trail, which goes through the Scottish capital Edinburgh and includes singletracks, cycle paths and some climbing that accounts for a total of roughly 5.000 meters for a distance of 238 kilometers. This time there was a goal time in mind, and they (him and two friends) were about an hour off the record, but managed to finish it in 16 hours. The Specialized Diverge was the chosen bike, although it was an MTB route.

“It was hard but doable. The Diverge is an all-round bike. If I could only have one bike it would probably be this one, because of how many areas it can cover”.

He confessed that he used this bike for everything, until he started doing his proper training on his road bike ahead of the possible races he will take part in before the cyclocross season begins. Thanks to his new tool, he has been more flexible with his rides, allowing him to explore new places that were not accessible in the past because of the need for different bikes to face the varied terrain. The following video, produced by  Calvin Cheung, shows you what Cameron Mason can do with his new weapon:

Knowing the infinite possibilities he suddenly had, he planned a ride to the Bealach na Bà, located in the Applecross peninsula, in the Scottish Highlands. This one-way ride starting from home featured 420 kilometers of off-road riding, climbing the height of Mount Everest along the way. The ride heads north and finishes in the longest climb in the UK.

“It is nothing compared to the big climbs of the Alps or the Pyrenees, but seeing other people doing amazing adventures, I wanted to do something myself, and I want to thank the team and sponsors for their involvement. It turned out really good, and it is one of the most positive things I take from this period”.

The first day he did 250 km, arriving in a lodge and asking the hosts if they had a shed or garage he could sleep in. Luckily, they even invited him to sleep inside. Because of the good progress he made the first day, he could finish the route in two days, something he hadn’t planned. With no mechanicals or issues with navigation in those places difficult to access, it was a clear success.

Trinity Racing is full of young talents, both on the cyclocross and road team, with Tom Pidcock as the star in the roster. Pidcock has recently won the Giro d’Italia U23, accomplishing one of the big goals the team had set out. Although Cameron is mostly focused on next winter, the team had given him the opportunity to race also on the road and also some gravel races, both in the UK and abroad.

With the impossibility of taking part in those events, he has not yet had the chance to meet many of the other members of a team that is growing a lot since its inception last season. Most riders will only race for the road development team, but the managers have virtually gathered them together during lockdown, organizing a few workshops with pro riders and former professionals like Owain Doull and Steven Cummings to answer any worries or questions a young rider may have.

After racing as a solo rider during the 2018/19 cyclocross season, stepping into a well-established team like Trinity Racing was a big change. There are countless videos of back-and-forth trips across the English Channel, starring him and his father, and although those must have been valuable experiences, there is nothing better than living close to where the racing takes place. Staying in Belgium for the whole winter meant that he could finish the season with close to 40 races in the legs instead of the 10 to 15 of past years, when he had to drive all the way from Scotland to take part in an event in the continent.

“Living in Belgium week in, week out, has been very important to integrate with the culture of cyclocross. It is now more like a job, and together with my teammates and the staff, we try to be as professional as possible”.

Like the top elite racers also do, during the winter they also plan mid-season training camps in Girona, doing short blocks to mentally get away from the racing, and loading the body with long 4-5 hour rides and climb efforts difficult to replicate in the flatlands of Flanders.

When talking about goals, Cameron said that until now he had never considered results as objectives, but nowadays he is starting to use them as motivation. With the clear intention of continuing learning in his second year combining both elite and u23-specific races, he is as eager as the rest of us to get the season going, when the real thing starts.

“The feeling of being at your best in a race doesn’t come around often but it is addictive, and it is something I use when training is tough, striving to have more days like those”. 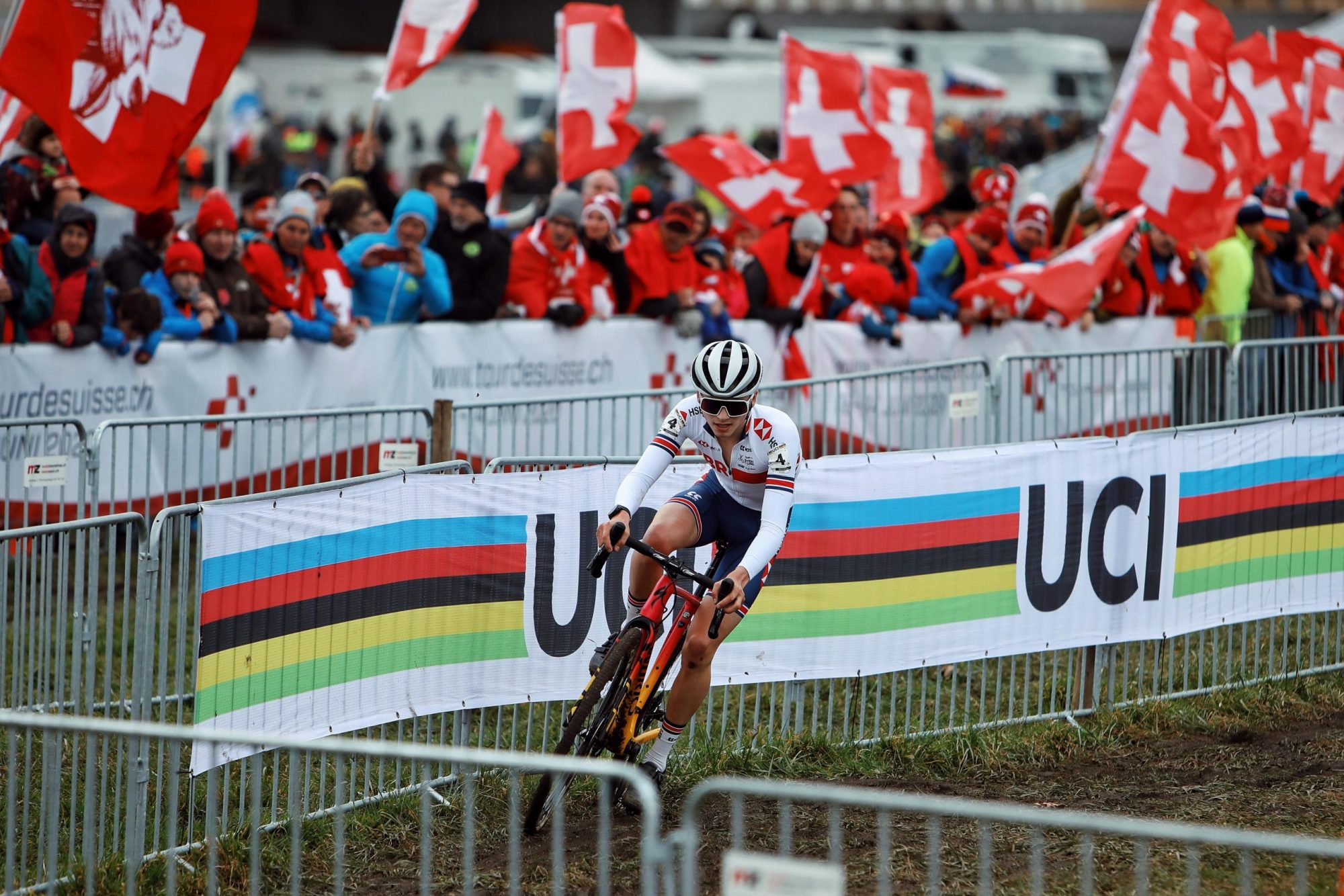 World Cups have an u23 category, but in most UCI races it is all together, and it is more difficult to get noticed. U23 races are a good opportunity for him to get to the front, whereas in the elite events he has to deal with the top riders and it is not easy even to be able to finish them.

When asked about what type of courses suit him best, he considers that the more technical the better. “If it is like a road criterium, I’m at a disadvantage versus the big guys” – he acknowledges. There have been disappointing performances in courses that he thought suited him perfectly, but it is also true that he got his best result last season in Hoogerheide, a course that he wasn’t expecting to perform well at.

Until the start of the season comes, he will continue progressing physically and mentally. His willingness to continue improving is, together with his raw talent, which has allowed him to step into professionalism at such a young age. Knowing what his future holds, the only thing we can do is get excited and get ready for his upcoming successes.