Over time, we have been able to know more about Colombian cycling, and we are increasingly paying attention to the history, achievements, and characters of the country. In the same way, we get excited when hearing about local frame builders that produce true pieces of art, all under the made in Colombia umbrella.

We started investigating and getting to know the most well-known frame builders in the country. Without any hesitation, we agreed on writing a set of articles focused on Colombian artisans, with the intention of offering them the international exposure they deserve.

He was 18 years old and Tino, which is the way that Agustín Hincapié is usually called, used to invest part of his time in racing on an amateur level. He acknowledges that he was not one of the most remarkable riders. He humbly confesses that he mainly finished around the back of the peloton. This lack of talent is what made Tino be always willing to learn of the best ones, trying to improve his performance level to obtain better results. 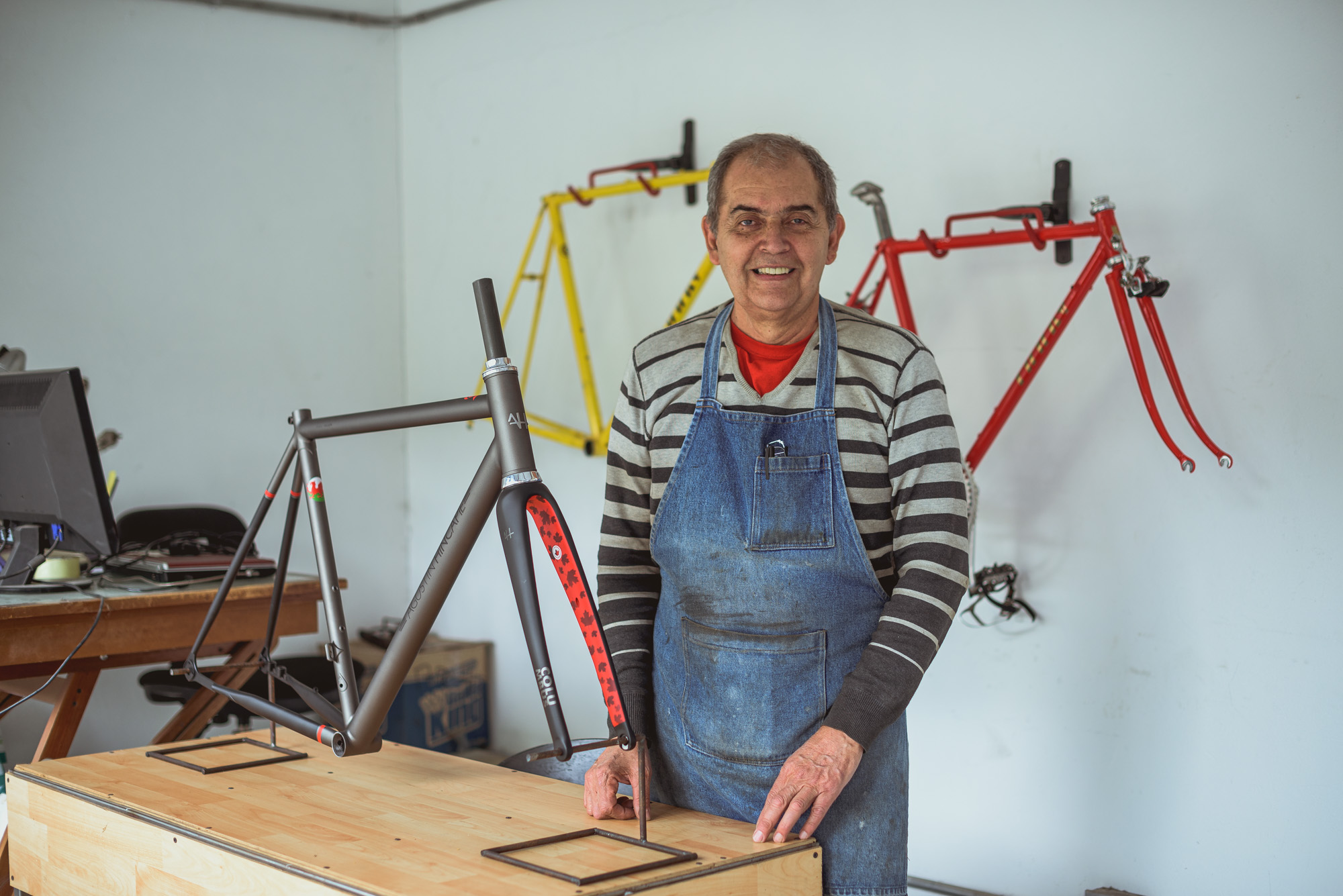 One day, while he was taking a look at a cycling magazine, he read an article saying that the bikes of the most successful riders were custom-made for them, which really caught the attention of the Colombian. It got stuck in Tino’s mind, and as time went by, he started thinking about it more and more. In the end, he decided to learn how to build bikes with his own hands.

“Thinking about the future of my family is what made me dare to get my hands on this world and embark on a journey that was far from easy. I educated myself from scratch. My friend Álvaro Gómez lent me a book with information about how to weld, but it was in English and I could not understand anything. However, given my willingness to learn, there was no other option than to grab the book with one hand, and the dictionary with the other.”

The beginnings were quite difficult. Everything he learned was in a self-taught way, based on trial and error. He was constantly asking for advice from friends that had the experience, and he spent most of the day in the workshop. He mentioned the first bike he ever made, a steel frame with Super Vitus tubes, which he proudly used when riding with his friends. They were impressed, and little by little people started going to the workshop, asking for some things on request. Since then, Agustín has never stopped working in what he really loves.

“It has been more than 40 years since building bikes. There was a period of time in which I was building 300 frames annually. On one occasion I looked back at the client record and I calculated around 3.000 total units in my career.” 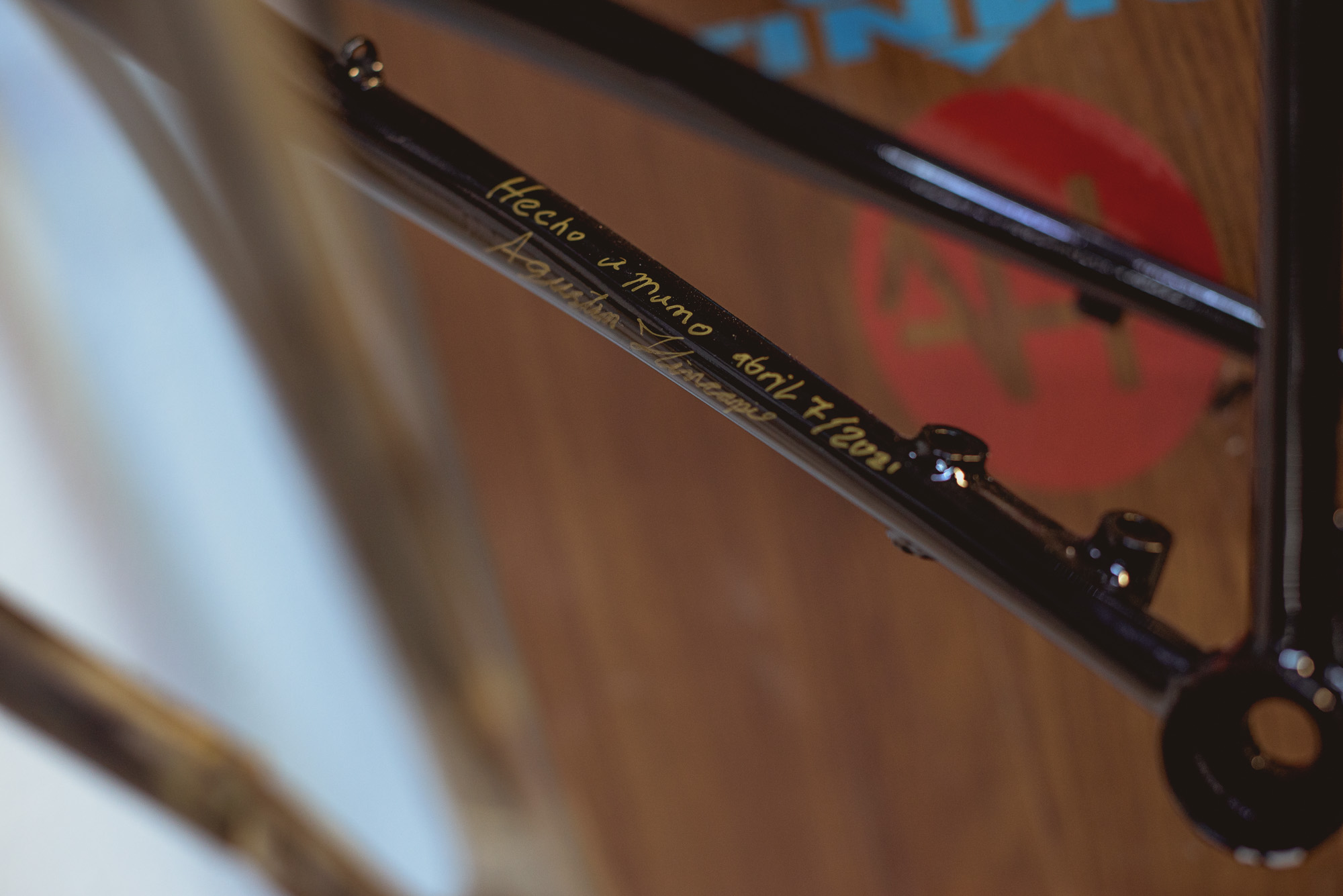 Live in the workshop

While we were carrying our interview with Tino, ha took the advantage of any chance possible to show us how proud he is of the place he works. It is the stop he spends most of his day in, surrounded by metal and frames.

Over all these years he has been working with aluminum, steel and titanium, and he has gotten his hands on Reynolds, Vitus, Colombus, and Dedacciai tubes, among others. Most of the frames coming from Hincapié’s workshop are made of steel. He defines steel as a noble material and the best one because of the features it brings to the table, On the other hand, he relies on titanium for his gravel bikes because it provides an extra degree of comfort when compared to steel.

Regarding tube welding, he uses both the TIG and blazing techniques, always deciding which one depending on the task at hand.

Tino tells us that what he does is not only cutting and welding tubes. On several occasions, the lack of material adds an extra degree of difficulty to his routine. For him, it is common to be forced to make his own headset or bottom bracket. Given the experience and knowledge he has, he is able to make almost any part of the bike.

Customization from start to finish

He is now 67 years old, and Agustín Hincapié relies on quality rather than quantity. He is not too ambitious about escalating what he doe beyond the organic growth that he experiences. He would like to continue evolving as regards international exposure, but always preserving the way he has everything structured right now, with the reduced set of tools he has always used.

Whether Geometry, choice of tubes, colors, or components, the degree of customization is very broad. One of the main goals of Tino is to listen assess and guide his clients from start to finish.

After all these years of dedication, the acknowledgment of this character of the Colombian framebuilding scene is more than justified. The long history that backs Tino’s reputation, together with the broad range of options provided to his clients, makes him one of the leading local frame builders. 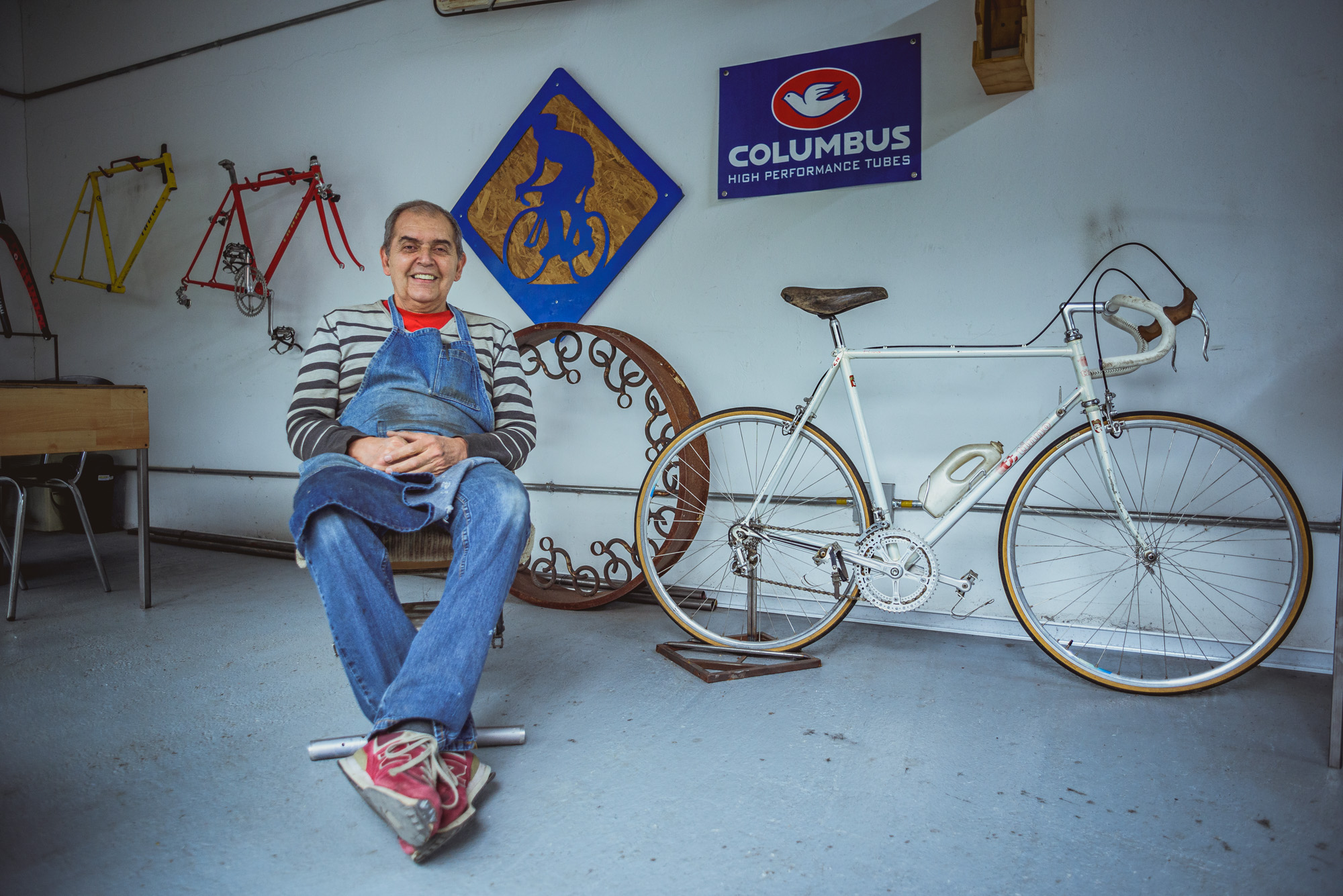 We do not want to wrap up without thanking Agustín for his kindness and willingness to have a chat with us and share his experience. We would like to publish this report in memory of Agustín’s mother, who sadly died the day before the interview.

Over time, we have been able to know more about…