Many of us had marked in red the 22nd of August, the date on that we had an appointment at Escuela de Marina, in Gijón, same place that a year ago and looking forward to riding the fast and technical path of the Asturian’s criterium, which has become on its own merits, in the more traditional Criterium on the national scene.

The day before the race was held the traditional welcome party, an event that becomes in pre-party for some and in making contact with the event for teams and riders; except for the first time people, it was a day for relaxing, ladies & gentlemen, the race is tomorrow!

Saturday 22nd, weather predictions already predicted it, Gijon sky dawned grey and the idea of riding in wet floor picked force (once again)… While we just settle in the parc fermé for the teams, the rain came out, only half an hour before the first warm-up begins.

At four o’clock in the afternoon the women’s race started, 12 laps, 1.6 km of path where they showed a very high level and offered us a great spectacle. In this category, Ainara Elbusto together with Fleur Faure leaded the race since the beginning and after a spectacular sprint the spanish crossed the finish line first, as usual recently, then Fleur. The third place was for Stefania Baldi who, after a last round hand in hand with Mariela Farabello, got the third place on the podium.

Two hours later came the turn of the men category, in this case, 20 laps will decide who will be the fastest on the asphalt.

The race was divided in a bunch and a tough head group, where renowned riders would disputing the race as the women, in a sprint where it didn’t surprise us to see Mario Paz Duque easily win out.

Seeing the podiums of both categories, it is easy to understand why the Gijon’s criterium is one of the more consolidated Crits in the national Criterium calendar.

The RAW Santafixie Team’s felt happy and proud of what they did; Toni and Oriol both finished the race with very good feelings and wanting for more, so the Criterium Gijon has been a boost of motivation to be more ambitious in future appointments like this.

Finally, we can’t forget the after party, which this time took place in Cimadevilla, the historic center, where some of them raced high level as well and where cider has each year a high prominence. 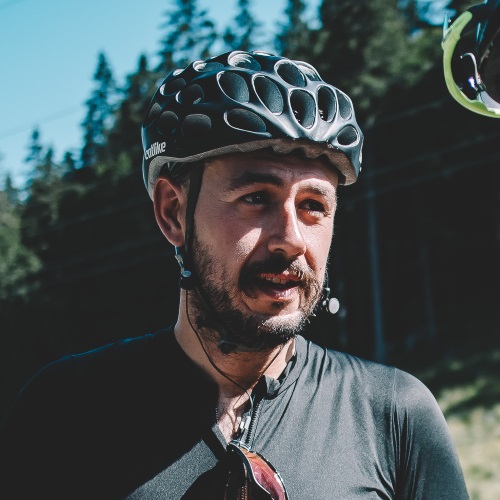 Many of us have a very good memory of the…