If you travel to Iceland, you better make the most of it, as it is not a place that one frequently visits. That is probably what Payson McElveen thought, because during his stay in the country, he set a record crossing the whole island from north to south in less than 20 hours. 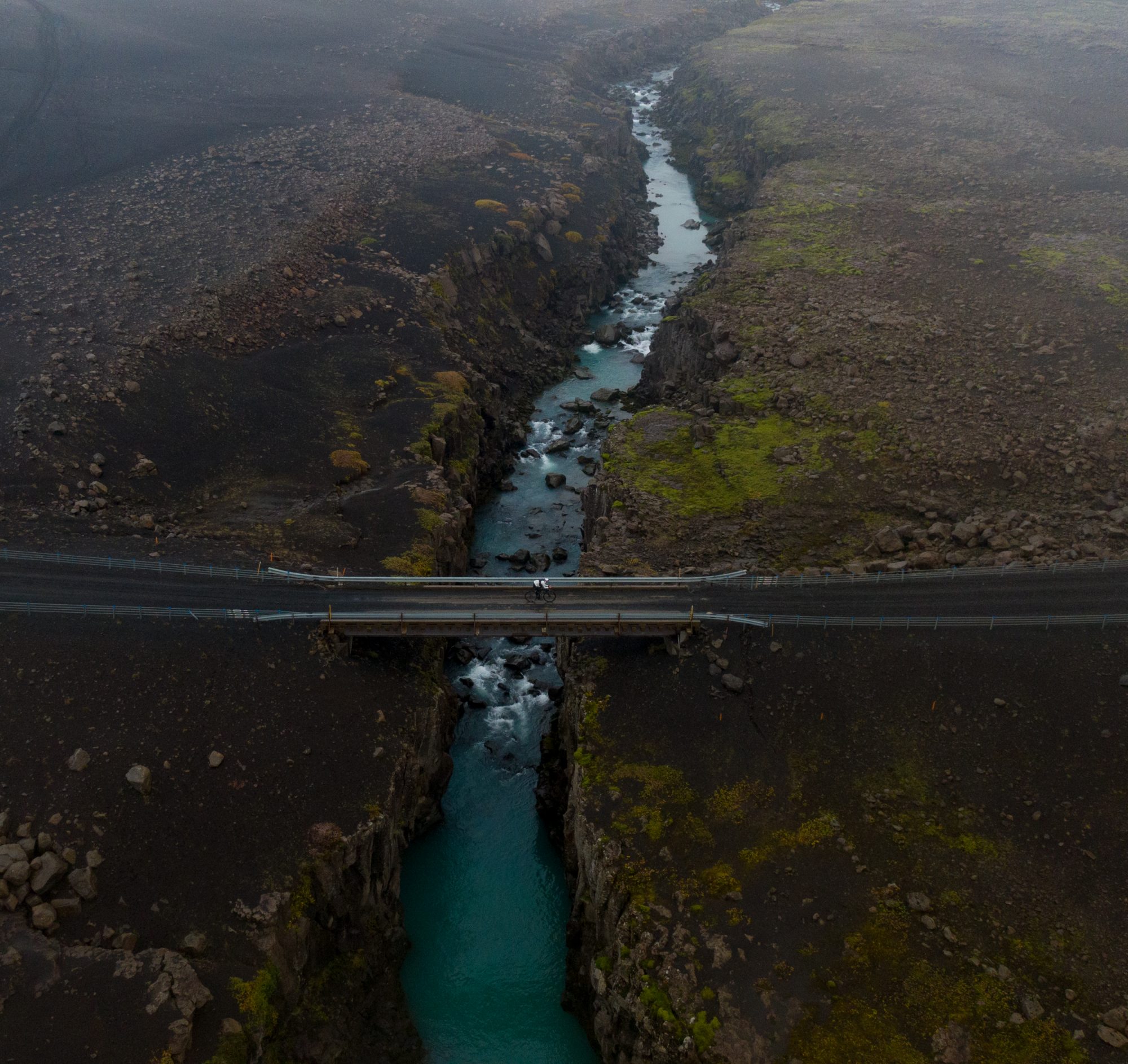 He had planned two major adventures for the trip: an eight day traverse with Rugyle Kaladyte, Nichole Baker, Chris Burkard, and Lael Wilcox, and the challenge on his own that gives name to this short film. Things do not tend to go according to what one plans, and in Iceland there are many factors that accentuate this uncertainty. He had to tackle the challenge without being totally recovered mentally or physically, but as he said, “when Iceland gives you a weather window, you take it”.

The two-time US cross-country marathon national champion does not settle with races in his own country only. In addition to his yearly racing calendar, Payson has recently gone on different adventures to find new ways to enjoy riding his bike. The definition of winning has evolved for him over the years, and challenges like Crossing Iceland provide him the same sense of satisfaction.

There was no record of previous attempts to cross the country from north to south in a single bike ride, so it was difficult to know the exact length and elevation gain of the route. He was not afraid of the approximately 250 miles that separated him from Vik, the finishing location, as he had tested his endurance on several occasions during his years of cross-country marathon and gravel racing. Nonetheless, the volatility of the weather was something to be concerned about.

Just hours before starting, a thermal vent opened up underneath a glacier near the first route he had planned, wiping out the road in a massive flood of melted ice. As a consequence, he had to change the route at the very last minute.

It was still summer, but there was already an early season snow storm approaching. In order to make the most of the weather window, he decided to start his attempt at 4:15 on Saturday, September 11th, from the church of Akureyri. 19 hours and 45 minutes later he arrived to Vik, Iceland’s southernmost coastal town. 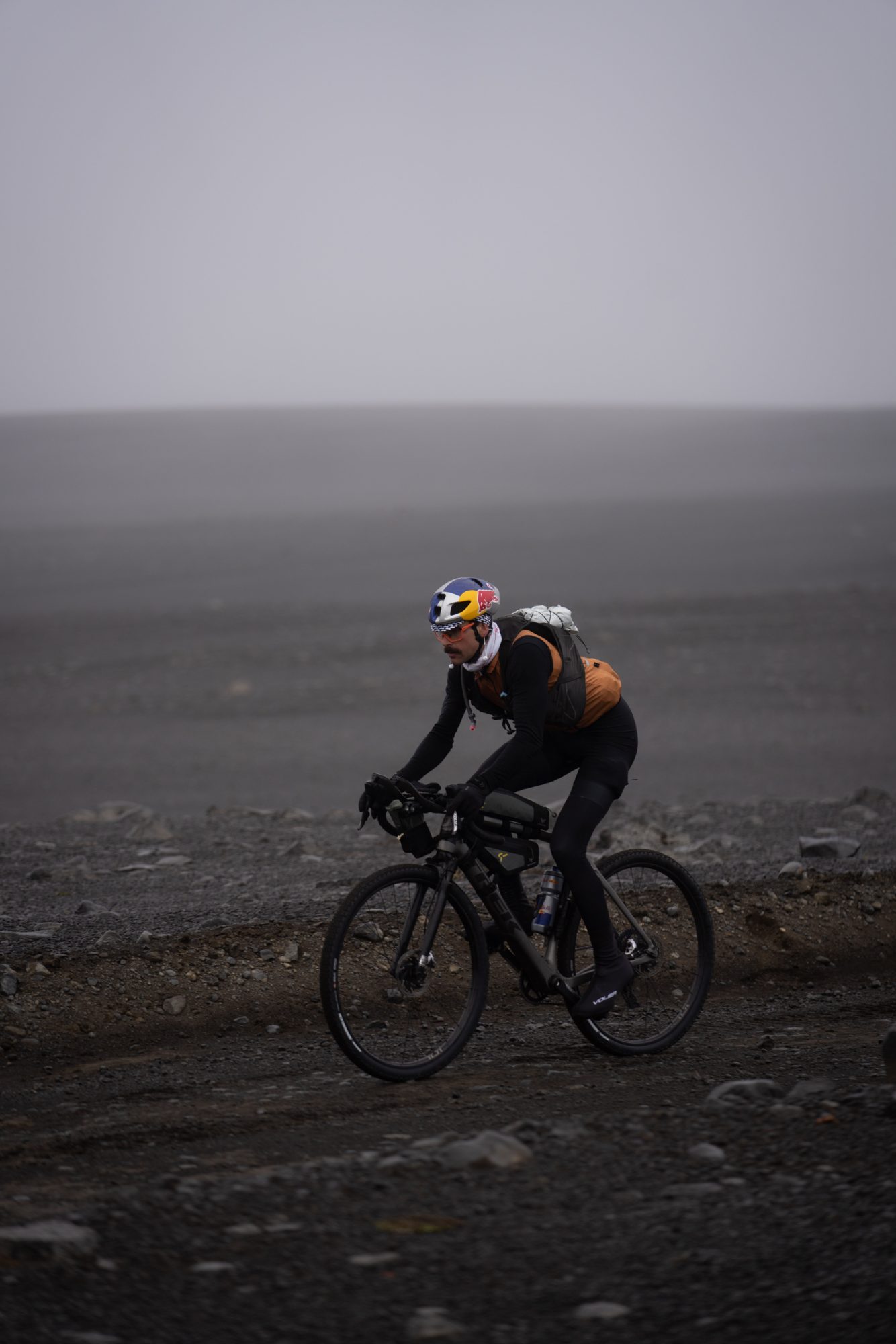 With no feed points along the route, McElveen carried more than 7.000 calories to fuel the journey. Among the mix of real food, ride food and liquid calories, he ate a lot of Icelandic candies, cinnamon rolls, all types of gels, and highly caloric hydration powder that he added to the bottles he refilled from a glacial stream.

On his way to the south of the island, he covered 115 miles of pavement, 130 miles of extremely rough, rocky, demanding tracks, and about 10 miles of nice smooth dirt road. He was exposed to the weather conditions during the entire time, and had to face the furious gusts of wind particular of Iceland’s highlands. The headwind died and temperature increased for the final 100 miles, and his spirits were lifted, finishing the last section strong and at a good speed.

It was not his first adventure of this kind, as he already set an FKT (Fastest Known Time) in the Colorado Trail last year. It will surely not be his last one either, because as soon as he went back home, he started looking at other possible places to cross in a single push.

The short film does a very good job in locating us in the infamous volcanic region, but “it is nearly impossible to describe the experience to anyone who hasn’t sunk their tires deep into it’s remote and endless gravel roads”, as stated by Chris Burkard, producer of the video.

“After this ride, I have a full appreciation for giving this wild land the respect and admiration it deserves” – Payson McElveen

The American brand ENVE has always focused on supporting framebuilders,…