And, despite the current circumstances, it took place. The 2020 edition of the Dark Cross was pending, like all races, the authorization of the federation for the green light. Although the event was conditioned by the current regulation, the cyclocross riders could take part in a competitive event after so much time waiting.

As we told you a few days ago, the UCF has just inaugurated a brand new cyclocross course, which was embellished with fire and music for the occasion, to host the second edition of this crazy and competitive race on Saturday, 19th December. 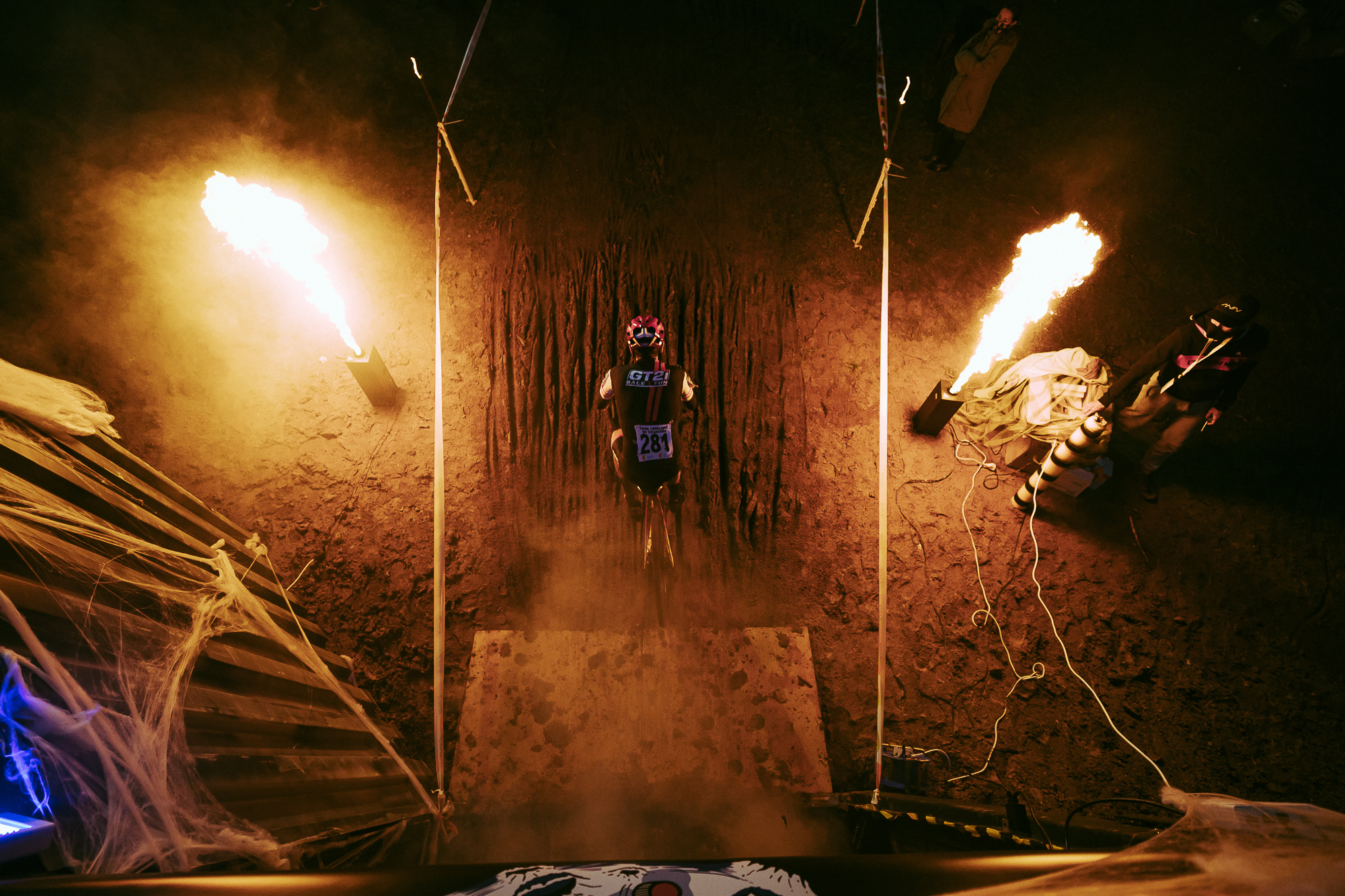 The rain of the previous days foreshadowed that the racing was going to be fun, and the truth is that it met the expectations, as the long circuit of Les Franqueses was full of flooded traps. Despite the excellent grip offered by the grass, as the wheels were marking the lines, the mud was more and more present and forced riders of all the categories to do an extra effort in order not to fall (saving the distances compared to truly epic races like the World Cup in Namur 2019). The circuit featured fast, twisty areas, planks, puddles, and an empty container that riders had to ride through, a hot spot for photographers and fans.

The public was able to enjoy a festive event and, although the organization faced the handicap of the lack of food and drink services, as well as the obligation to enforce distance between people along the circuit, our feeling is that there was even more public than in the previous edition.

The only thing missing, which was a pity, was the bunny hop contest that was the icing on the cake last year, but due to schedule reasons and the current curfew, it had to be canceled so as not to extend the event in excess and be able to finish at a reasonable time. 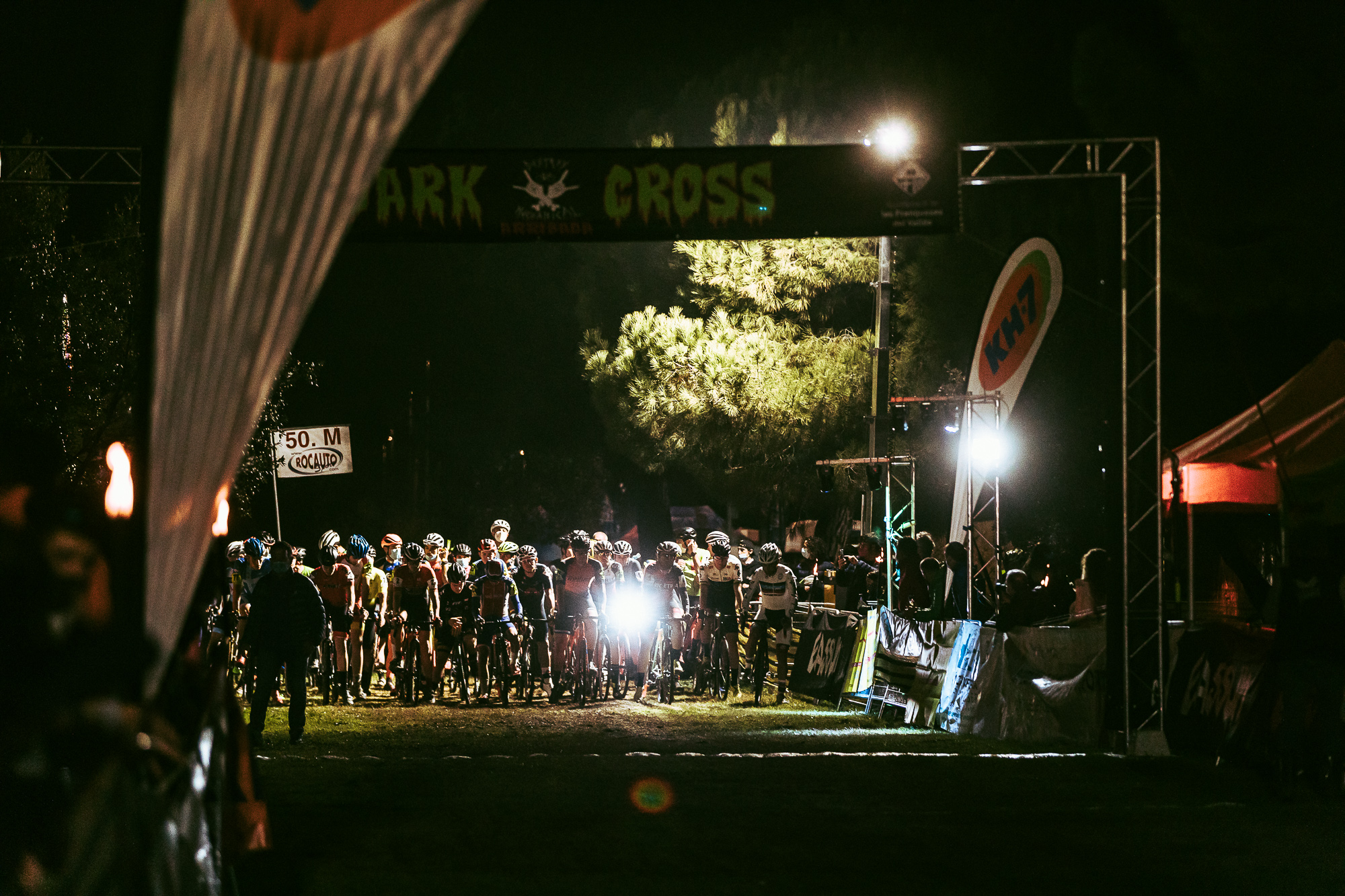 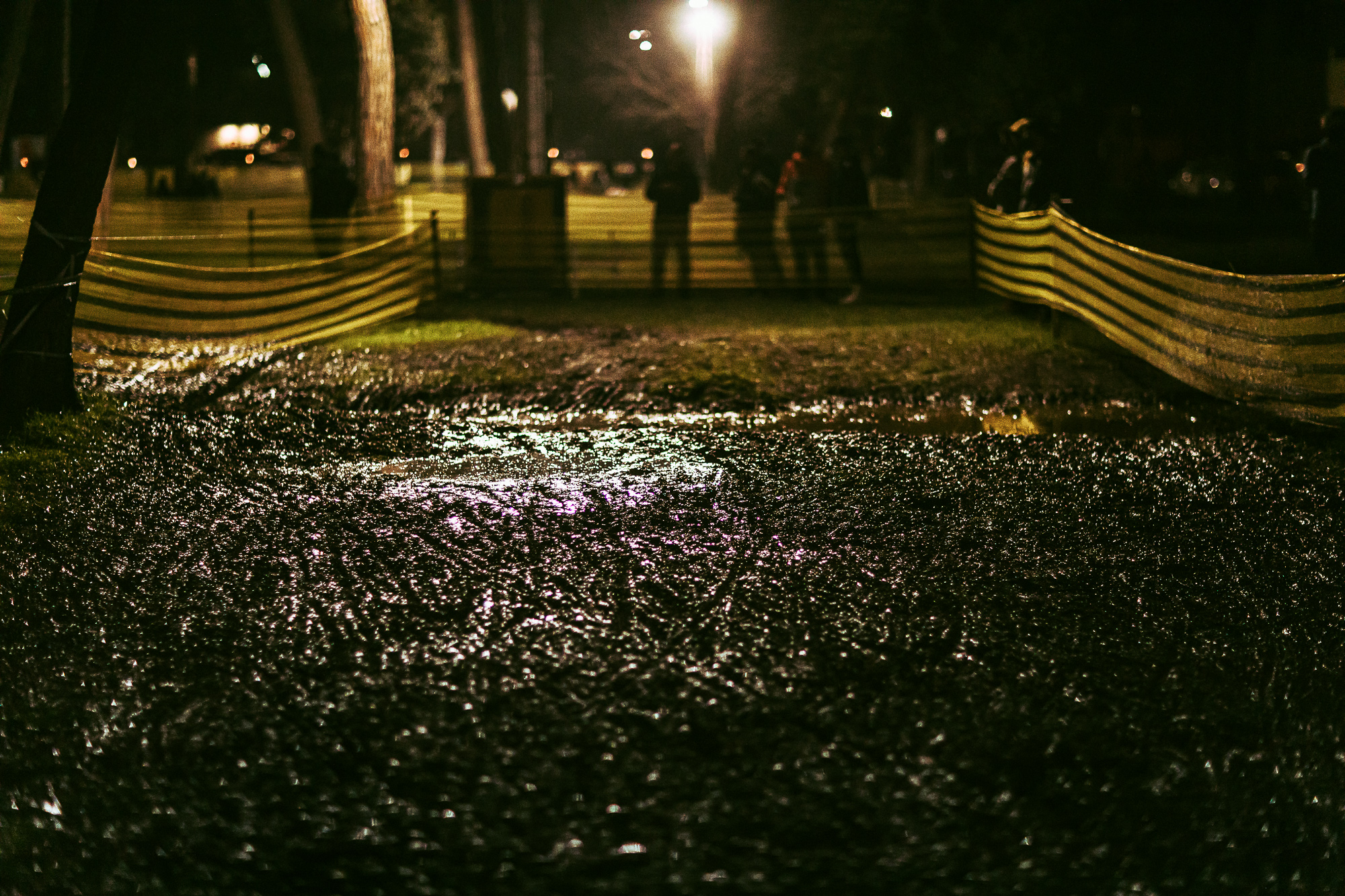 Although the classifications were not really important in this nocturne cyclocross race, we can highlight that in the elite category the winner was the professional rider Ismael Esteban, showing great form, followed by the Frenchman Cyprien Gilles and the young Marc Brustenga, local from the area and recently signed by the professional road team Caja Rural. In elite females, Viviane Rognant, 2019 Master’s world champion, got the win followed by the Belgian resident in Spain Veerle Clerien and the Catalan Jordina Muntadas. Also noteworthy is the undeniable victory in the Master 40 race by Tomi Misser, who repeated last year’s result.

A few hours after the end of the event, a large part of the participants would start the Catalan CX championships that were held the next morning on the same course, but in the opposite direction. The Dark Cross 2020 ended with spectacular fireworks, at a time when the one writing was leaving the venue trying to avoid the mud. I asked Albert, the ideologue of the circuit and its main promoter, if nothing was being saved for the championship the following day. “Because the good race was today” – he answered with a wink. 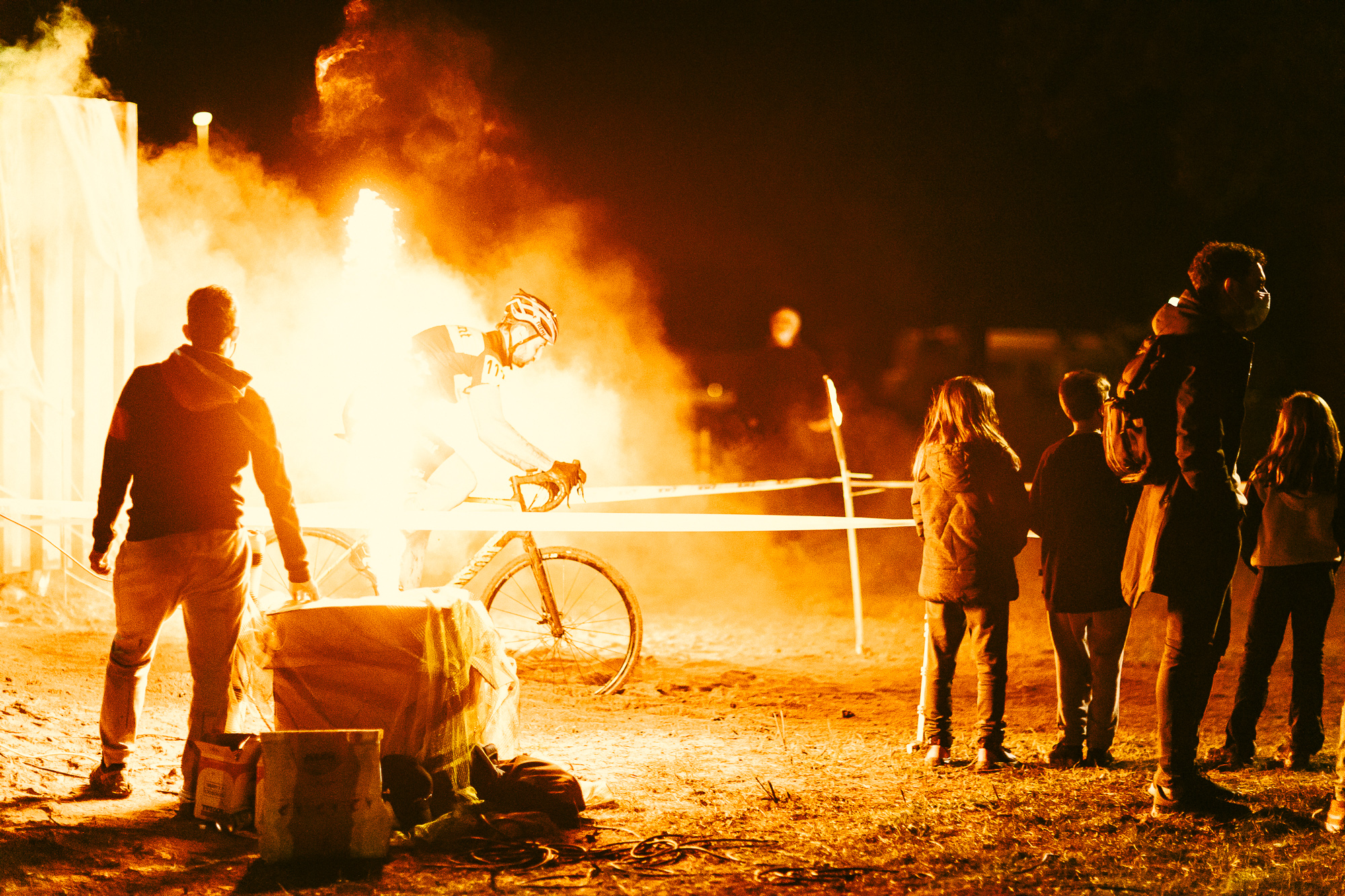 We hope that the 2021 edition of the already established nocturne race, where party and sport converge in a celebration of cyclocross, can be held, this time, without limitations. Long live the Dark Cross.

The cyclocross racing calendar is concentrated in just over two…