From the very beginning, the guys from Festka have always pursued the creation of high-end carbon bikes that stand out from the rest. The Czech brand of tailor-made bicycle frames decided to specialize in the custom production of road bikes and frames of the highest quality, offering their customers a one-of-a-kind product. In Festka, aside from collaborating with top-notch institutions like the European Space Agency and the Czech Technical University to develop high-performing frames, they have always collaborated with artists like Michal Škapa, Jan Kaláb, or the duo Tomski & Polanski, providing marvelous and unique pieces of art. 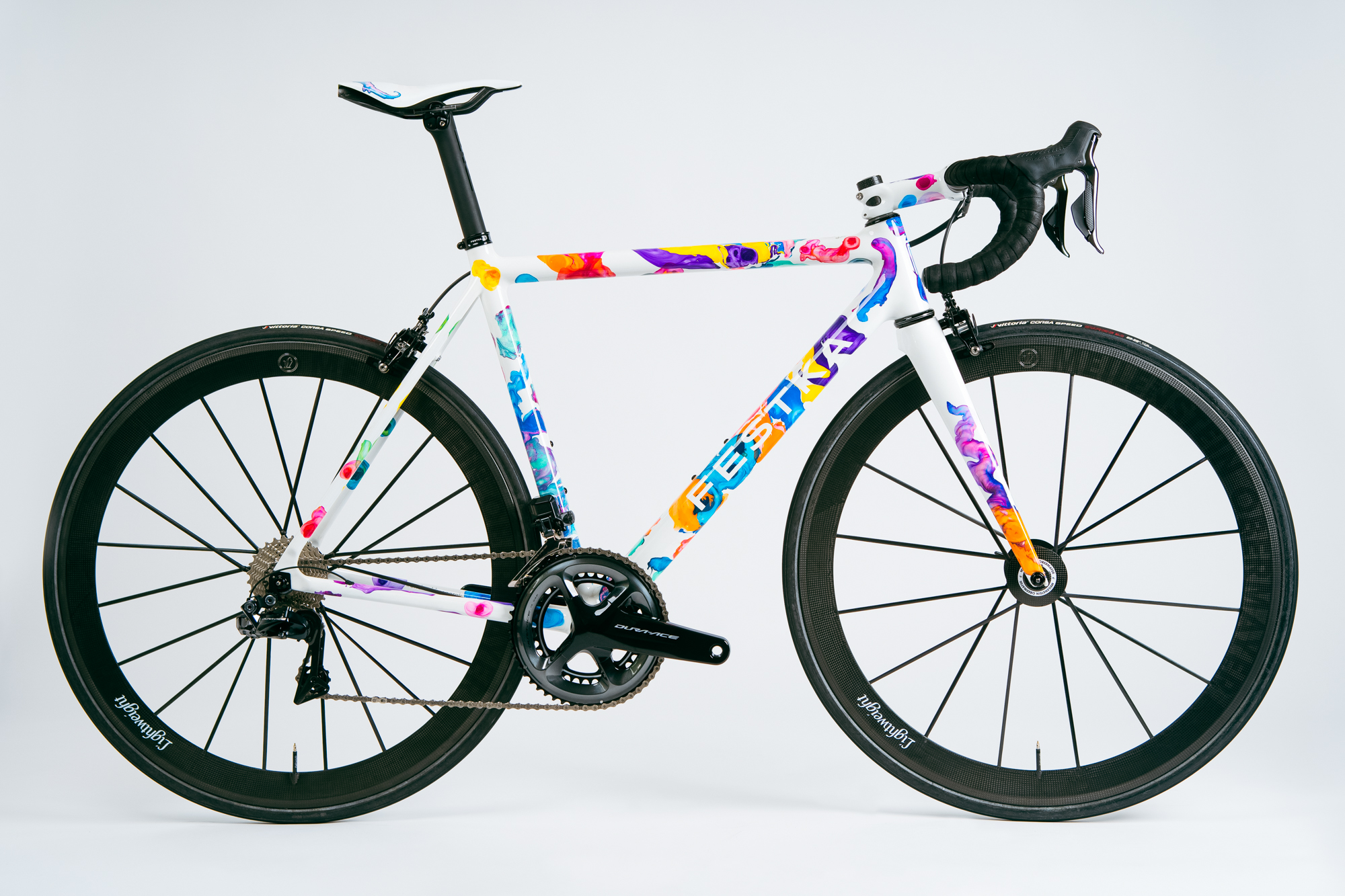 In their latest collaboration, they worked with the creative tandem Ondrash & Kašpárek (Ondřej Konupčík and Radim Kašpárek), to present two complete bikes for a promotional event at the Karlovy Vary International Film Festival. The two selected frame models were the Festka Scalatore, the top-of-the-range road bike frame, and the Festka Scout, the all-new gravel model, which the artists specially decorated for the event. Aside from the presented bikes, some further frames will be produced with a matching painting made by the same technique.

The frames were decorated using a technique that Kašpárek had been working on for about four years. The method consists in producing spectacular abstract paintings composed by organic multicolored shapes onto a white canvas. Even though the first lockdown was something nobody desired, Ondřej had to stop tattooing, which allowed him to join his fellow artist to devote themselves 100% to mastering the method. They had been perfecting the technique for transferring the figures on flat surfaces, which resulted in incredible colors and shapes, but three-dimensional shapes like the frame, fork, stem, or saddle presented an unprecedented challenge for them. Nonetheless, the work is extraordinary, just as if an abstract octopus had squirted rainbow-colored ink onto the frame. 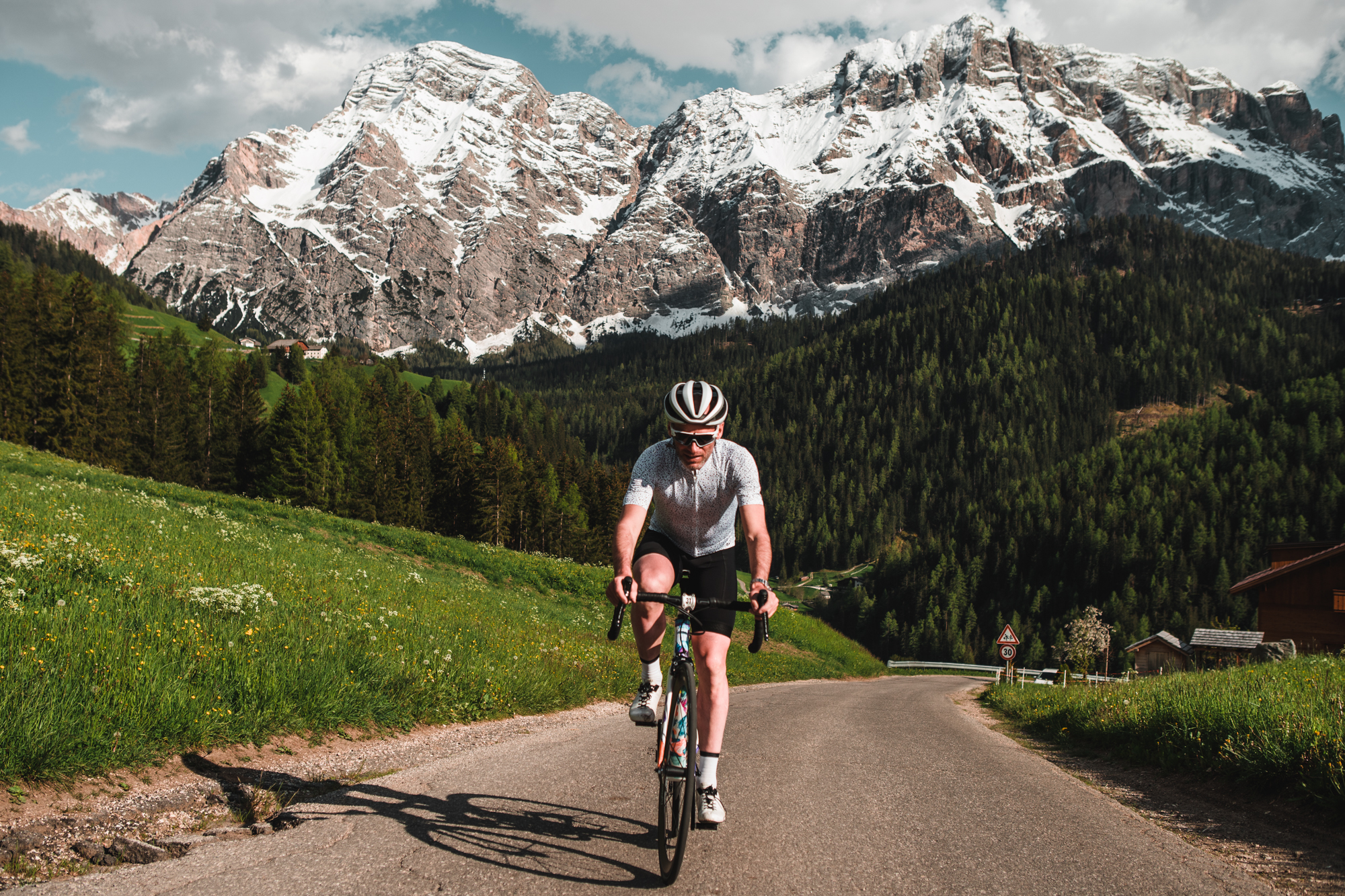 “We’d been attracted to product design for some time and when the guys from Festka asked us if we’d like to try something with their frames, we were both totally up for it. We don’t paint directly on canvas or a 3D object. We paint on the surface of water held in a shallow tank. We pour paint on the surface using self-made tools which we call paddles. They are specially designed to keep the individual colors in parallel stripes which we blow and manipulate into the desired shapes. The canvas or the 3D object we’re painting sits at the bottom of the tank. The transfer happens by releasing the water from the tank very slowly,” say the artists. 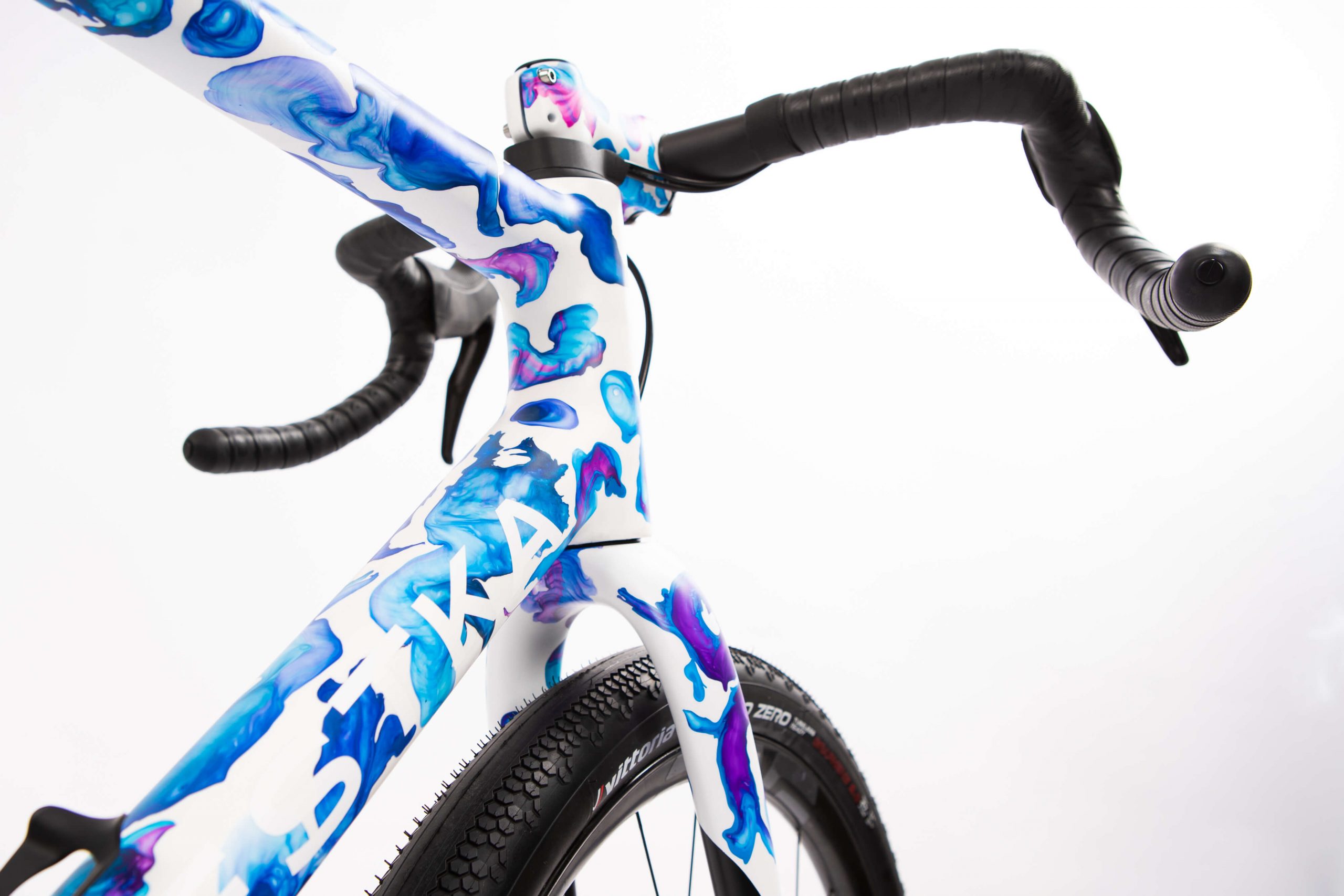 When creating these complicated pieces, frames stop being conventional objects, to become authentic works of art. Such a level of personalization might result in being somewhat expensive since only a handful of bikes will be made with such an artisanal devoted method. However, the brand has always aimed for this uniqueness and, though their future owners might have to pay a small fortune, many cyclists desire to stand out and are prepared to pay for high-end technology combined with exceptional art.

It is not surprising to realize that we are most…

The cycling industry is a clear example of constant improvement…