It is winter in the northern hemisphere, so probably not the best time to gear up, load our bikes, and part on an adventure. However, it is never a bad time to look back on what others have accomplished in order to get ideas for our next bikepacking trip. So, what about Iceland? One of the most savage and spectacular regions in the world to discover nature forces at their ultimate level. 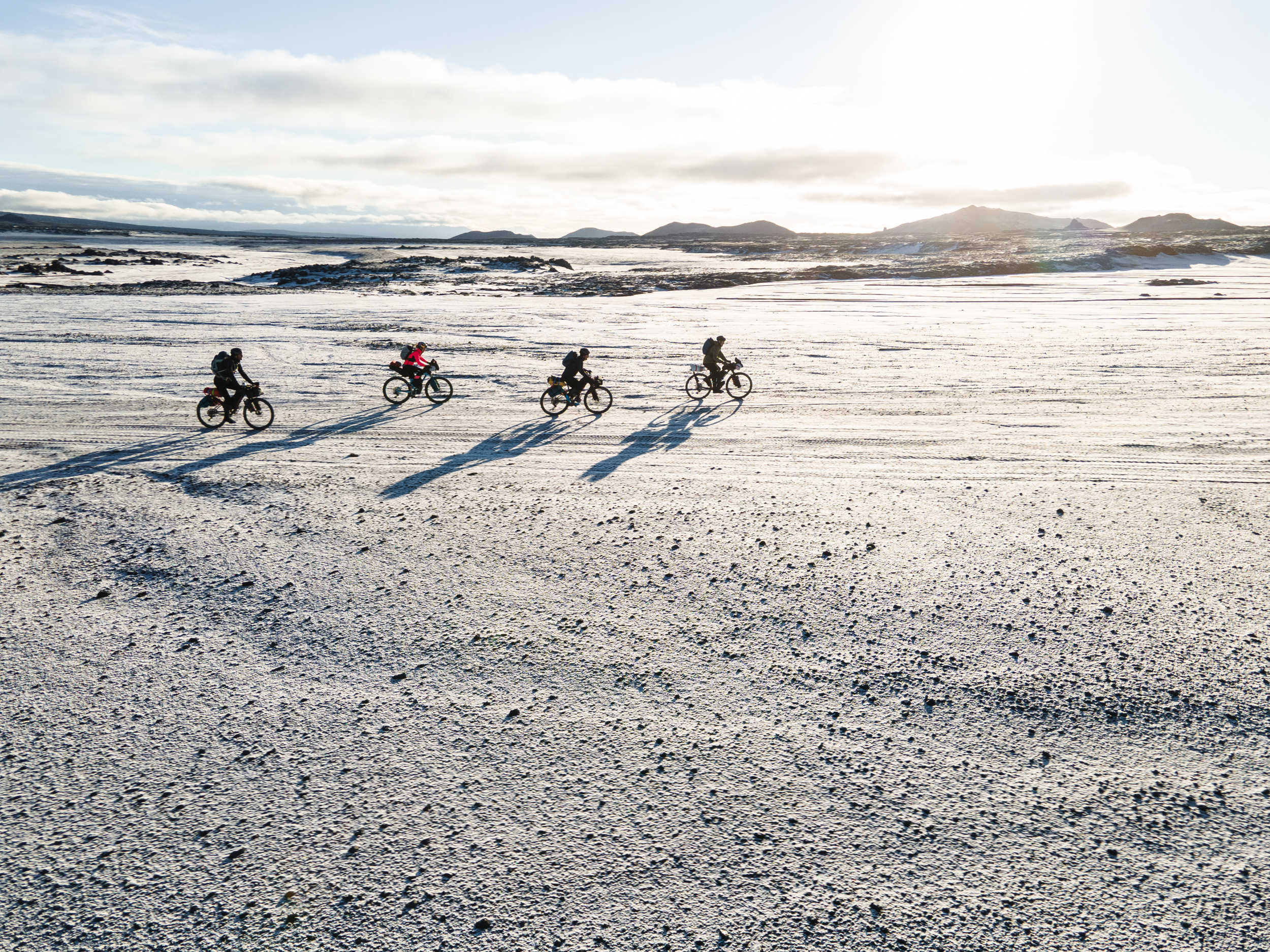 After months and months of preparation, 19th August 2020 was the chosen date for a group of four explorers to leave on a life-changing trip. The pack, composed of Eric Batty (arborist and adventurer), Emily Batty (professional mountainbiker), Chris Burkard (renowned photographer), and Adam Morka (marketing specialist), decided to attempt a never-done-before route crossing Iceland from east to west through places that most cyclists would consider unrideable and forbidden.

The track was 1,000 km long and, even though they studied it carefully, even asking a cartographer, local farmers of the region, and other bikepackers, none of them was ready for what they would find on their journey. As they described it, Iceland is raw wilderness at its most fundamental state, a scenario that resembles the Earth of the beginning of times in which life as we know it developed. They rode through a deserted landscape from hut to hut, passing next to active volcanos, hot springs, sudden rivers, Europe’s largest glacier, and endless sandy deserts. An ever-changing terrain for which they had to be equipped with everything they could need since that was a very remote area, from all the food of the week to all-weather clothes and obviously tools and bike gear. 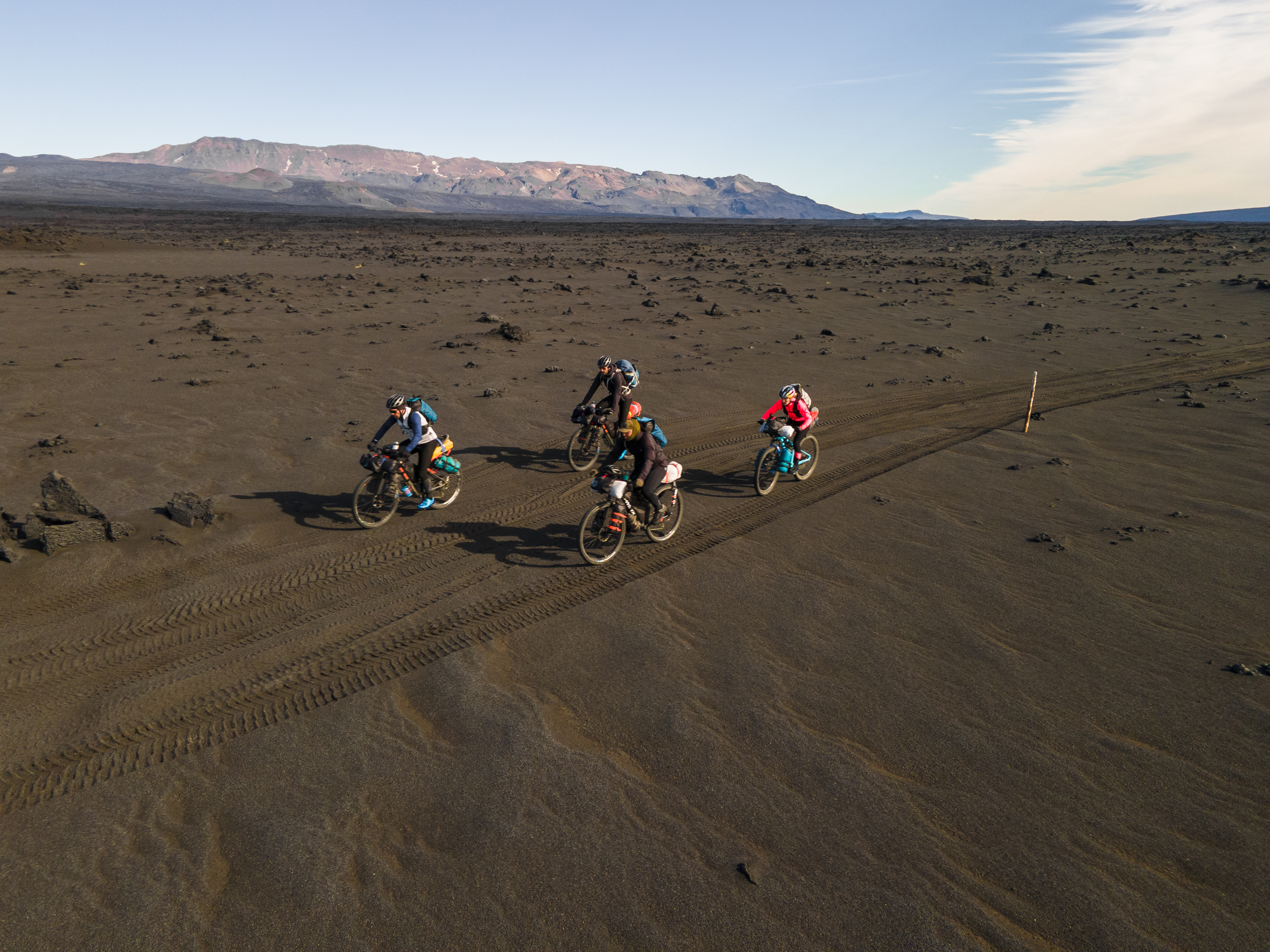 We had the chance to speak with Chris Burkard, who produced a movie of the feat. Briefly, he told us about how he lived that First Know Time and his part of the story.

When you plan a trip like this, you try to know all about distance, elevation, and so on but, sometimes, the terrain becomes the main character because it will be who decides the degree of difficulty of a day. How did the crew work to be ready for all terrains?

As you said, it all starts with the dreaded “R” word – research. A lot, a lot of research. Being prepared meant not only knowing the route and terrain but making sure the team and our gear were ready for the terrain as well.

I spent a lot of time training before the trip, spending hours on the bike every day, as well as, training my upper body to be ready to carry my bike for portions of the journey. I also spent time doing yoga to make sure my body was ready for all sorts of challenges and long days on the bike.

You can’t manage each aspect, particularly in a panorama like Iceland, so it’s important to let go of that management but at the same time be ready for each situation you may face.

Which was the biggest impediment you encountered during the trip?

The biggest crux of this trip was the glacier rivers scattered throughout the route, which we knew would create difficulties before we left. Along the route, we had to cross these freezing, fast-flowing rivers with our bikes hoisted on our backs. To add some difficulties, the depth of the rivers changed depending on the time of day, when the sun was up and glaciers were melting the rivers would get deeper which meant we had to plan our route to cross these rivers before their levels got too high. It was never easy and always freezing cold, but we made it across them all.

Was there some case when you had serious doubts about succeeding with the trip?

To be honest, every single day had a moment like that. Where we just didn’t know what was going to happen with the weather or with the river crossings. There was a lot of anxiety each night when it came to making route decisions. But honestly, the group brought so much to the table in terms of cumulative experience that, anytime I felt concerned or worried, they helped reassure me it would all work out, which was rad. It really became a beautiful exercise in trust. Overall I just would remind myself that for every situation, I was prepared for. 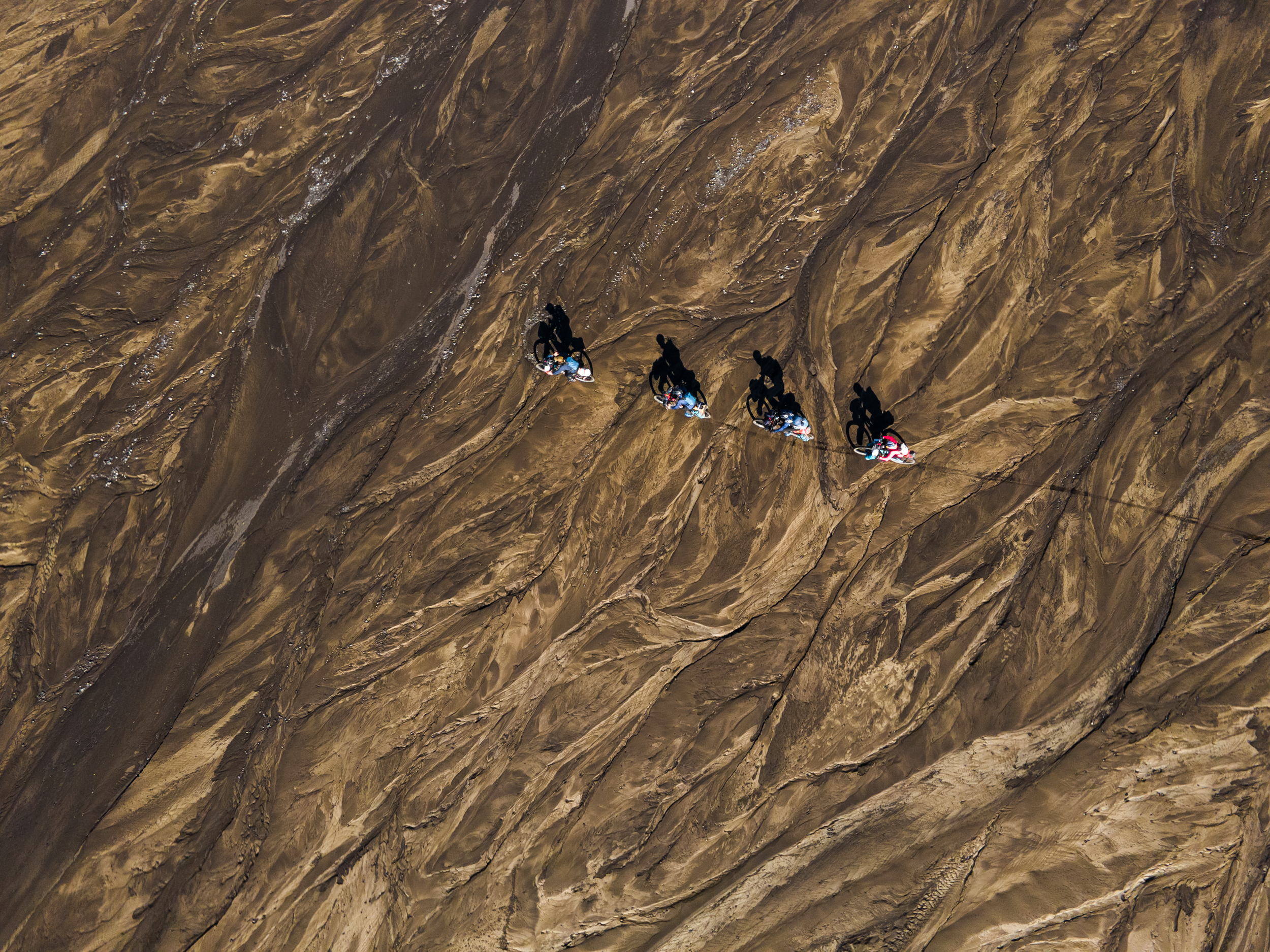 I’m sure that it was a trip that you will never forget. Which was your best moment?

The most memorable day was also the hardest: passing over the gnarliest river on the north side of the Hofsjökull Glacier. Once we passed it, which was the crux of the route, we all felt kind of invincible. We realized at that moment that the worst was truly behind us and we just started to really enjoy the other little challenges along the way. It was a really special moment to be able to get beyond that.

Now that you have been the first to cross Iceland from side to side, are you planning any other challenges that will allow you to continue making history?

I think overall any route or ride that brings out a deeper story, I am interested in. I love the idea that a route can connect you closer to an environment and ultimately help others experience it. So I have been looking at the first Winter crossing of Iceland N-S, and also potentially a speed record run down the coast of California. Which would be really special being a native there and someone who loves that state.

“Places to Ride” is a set of articles through which…