Announcing the roster that will be participating in upcoming races is a big responsibility for the directors of every team because, although most cyclists already have a vague notion of their calendar for the season, the different levels of form and past events can alter the plans. With additional reasons, this time has been one of the most relevant decisions so far for Israel Start-Up Nation, the pro cycling team that will be riding the Tour de France for the first time after stepping up to the pro level. Since the announcement of their participation, the focus has been on the Israeli riders in the team, as the team already stated in advance that this will be the year that a cyclist from Israel will take part in the Tour de France for the first time. 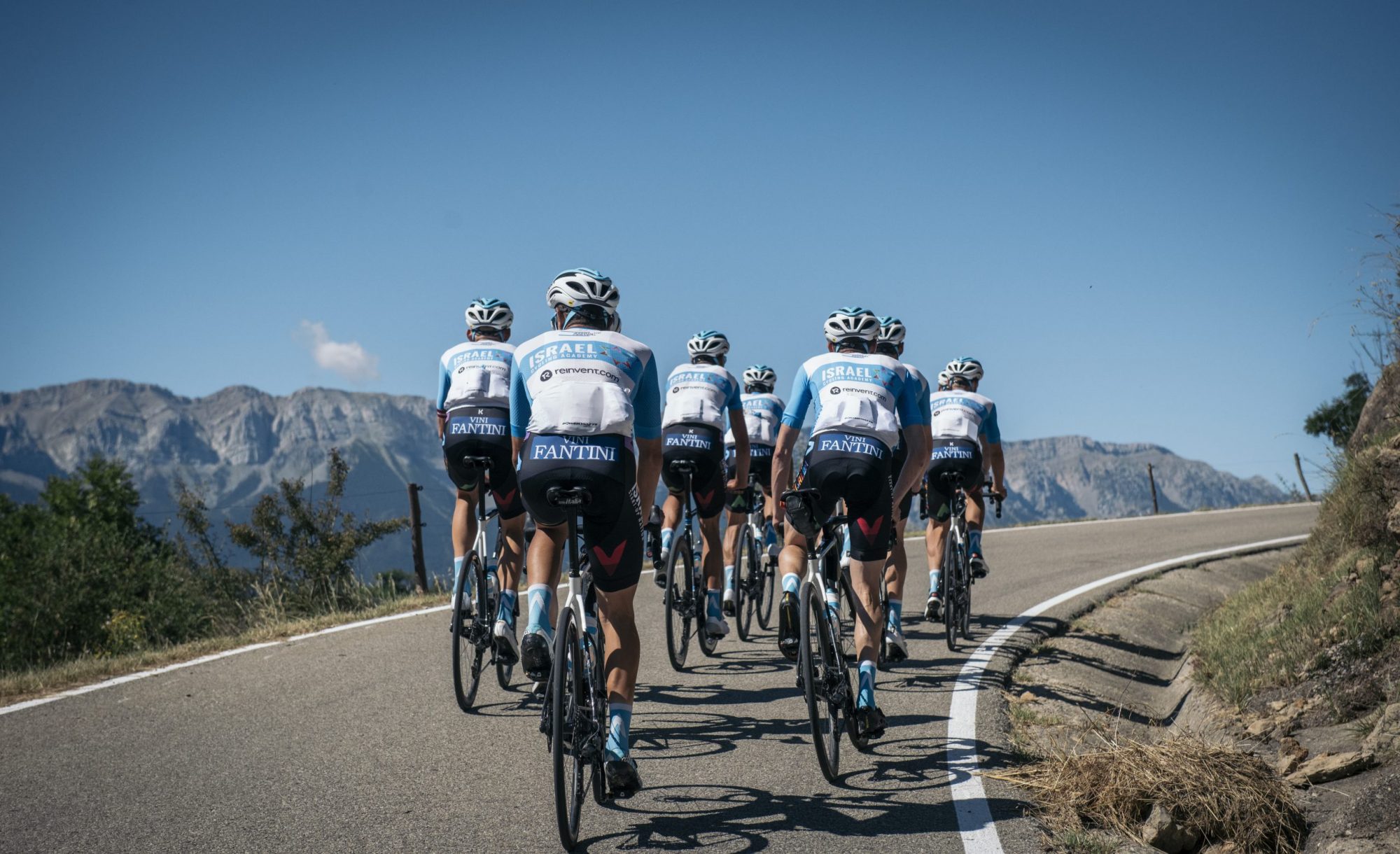 Everybody in Israel rides their bikes, as it is a very suitable place to ride on the road but even more off-road. The matter is that people do not take cycling seriously. Kids enjoy a lot of riding while they are young, but when they turn 18 years old most of them go to the army. There was no investment to try to professionalize the sport. No races or infrastructures that could promote the development of riders.

Few people were aware of the situation, but luckily two of them joined forces to build what has become the pride of an entire nation. Sylvan Adams made the team go one step ahead, and his vision and influence allowed the project founded by Ron Baron and conceived by Ron Margaliot to race at the top level. The owner of the team persuaded the organizers of the Giro to come to Israel so that the local people could get to know what pro cycling is about. After succeeding in bringing the prestigious Italian race to Israel, the team took another historic step when they became a WorldTeam, the highest level in professional cycling, under the name of Israel Start-Up Nation. This sponsor is a Tel Aviv-based non-profit organization that connects companies around the world to Israeli innovation. 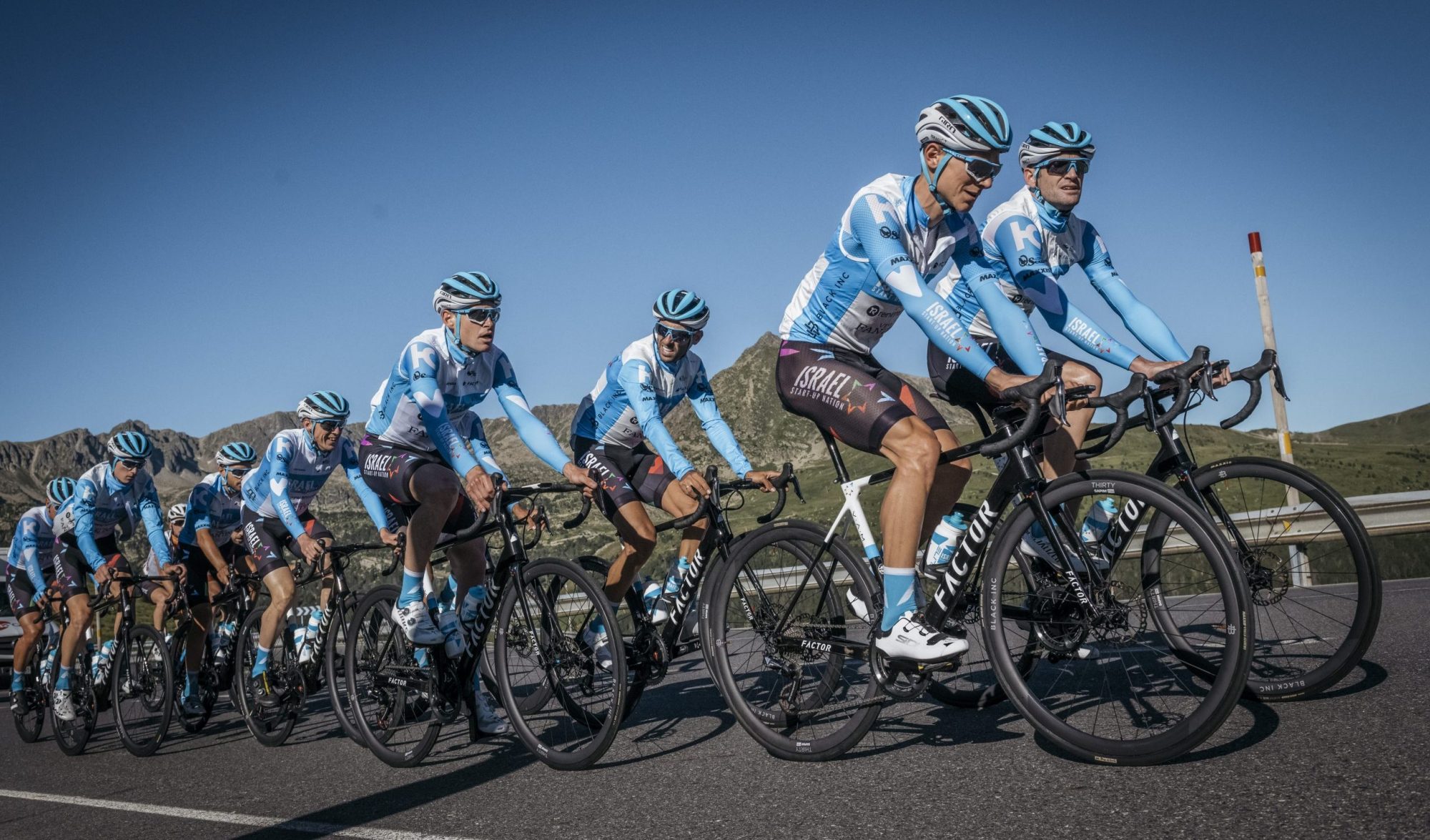 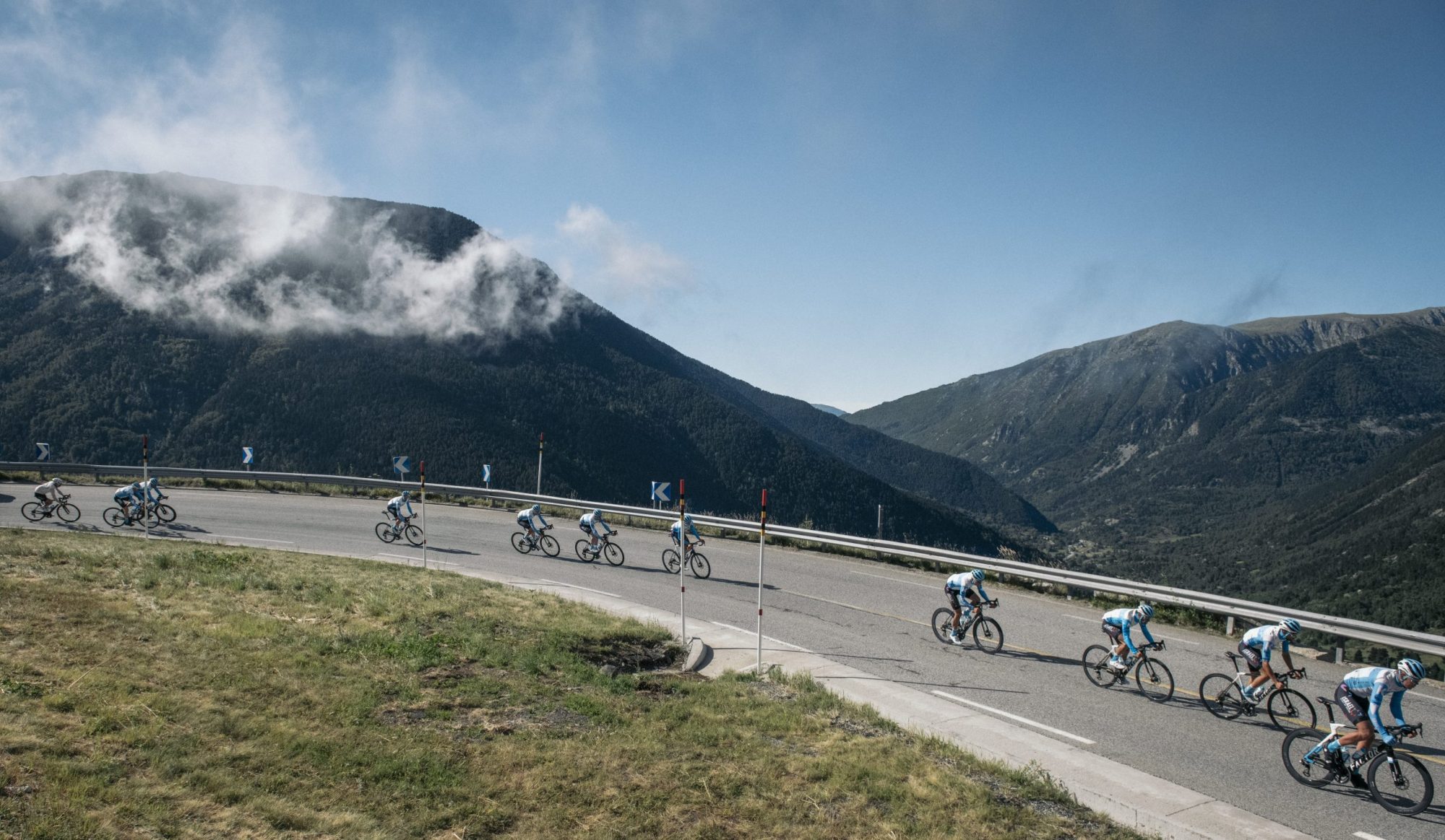 The journey to the top

What started in 2015 as a low budget team that wanted to give opportunities to young riders from underdeveloped countries in terms of cycling, quickly escalated into Israel’s best showcase, with great riders that were already experienced in the pro peloton.

When, at the end of 2017, a rider like Rubén Plaza came on board, he gave the team the legitimacy needed to continue trusting the process. It was a massive upgrade for the team, at the same relative level that is now the signing of Chris Froome. It may not seem so, but those were huge steps for a team and a country that had nothing until a few years ago.

Israel already made history two years ago when one rider finished the Giro d’Italia, which started from the country in the Middle East that year. Guy Sagiv was not in that roster because of being the best, but because the team wanted to give him a chance and show the people in Israel that it was possible. Overcoming the 21 stages of that Giro was very challenging, not only because of how hard each day was, but also because the two Israeli riders that started the race were under a lot of pressure. They were privileged to be in that position, but they were always in the red zone, pushing to be able to start the following day. 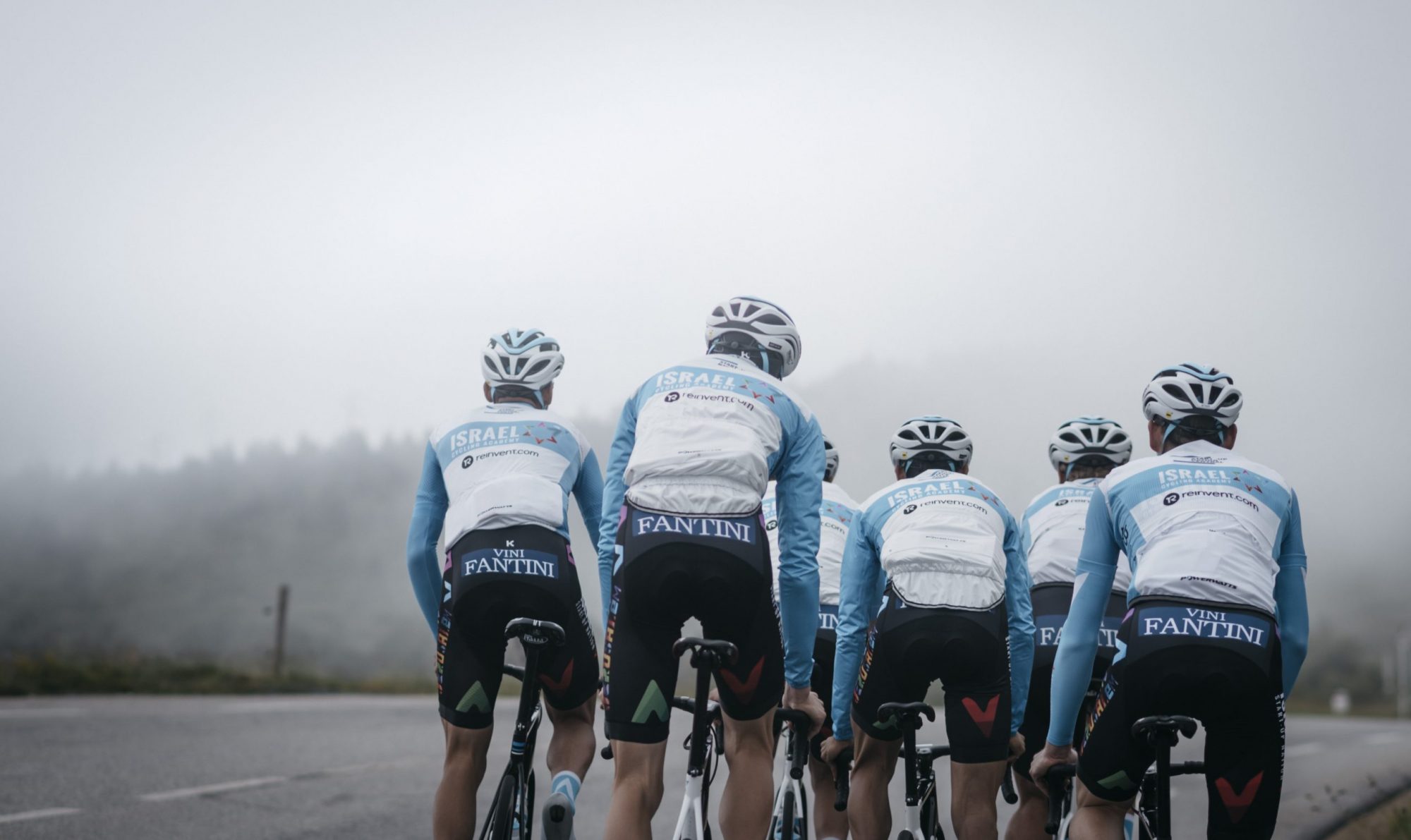 The chosen to ride the Tour has been Guy Niv, and he has been over the moon since he knew. At 26 years old, he will achieve a remarkable accomplishment for a cyclist who, until three years ago, was primarily a mountain biker. It is completely deserved, though, as he just finished a very tough edition of the Criterium du Dauphiné after huge blocks of training post lockdown. “It will be the toughest challenge of his life, but we trust him to take it on completely” – said Kjell Carlstrom, team manager.

Unlike his teammate, Guy Niv started the Giro in 2018 but did not make it to Roma, which was super disappointing for him. The team was invited again to take part in the Giro the following year, and he was given a second chance. This time, he finished the race, and one could see the tears in his eyes when he was able to redeem the failure from the previous year.

“I am honored and privileged to represent my country and team in the biggest race in cycling and one of the greatest sporting events in the world. And to be the first Israeli to do so? It might sound like a cliché, but it’s a dream come true. I have goosebumps just thinking about it. It’s huge. It’s something I’ve always wanted to do – and now we are about to make history. I cannot wait!” 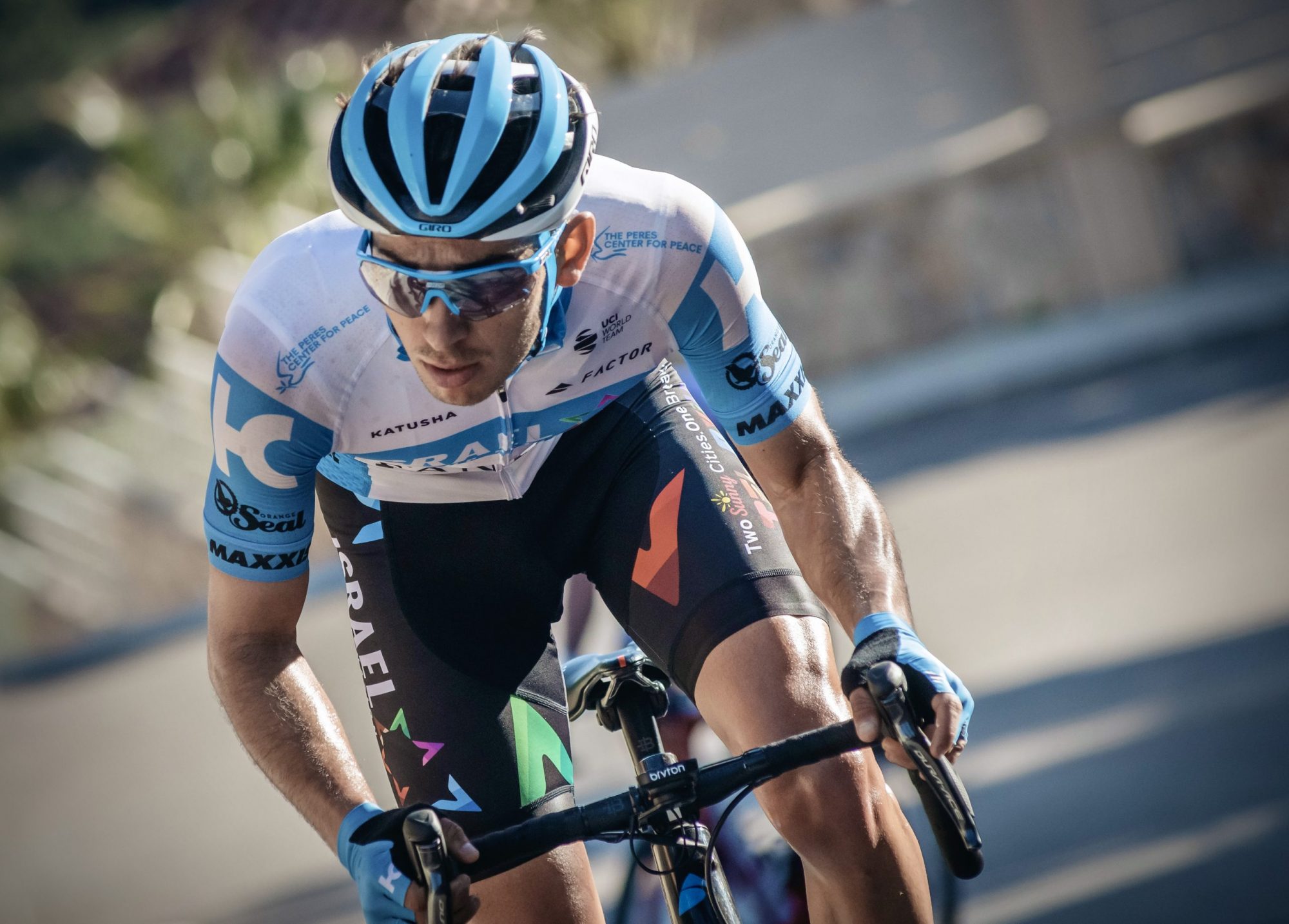 When Guy Niv celebrated his Bar Mitzvah at 13 years old, the present he wanted from his parents was to go and see the Tour de France, so one should get goosebumps thinking that a few years later he will be present at the start line as a rider.

“I hope that my start in the Tour de France will inspire kids in Israel to choose cycling as their sport. After we hosted the Giro d’Italia we started to see growth in Israeli cycling, and now comes the next big step.”

Two additional Israeli riders will have the chance to compete in the other two Grand Tours, as Guy Sagiv is expected to race the Giro again and Omer Goldstein will race in the Vuelta a España. Itamar Einhorn, 22, is also making good progress and showing young riders from Israel that it is possible to get to the top from the development team recently created, which in addition to some talented riders from Israel include cyclists like Freddy Ovett and even an Arab rider.

Knowing where the team comes from and the meaning behind its creation and every decision along the way, it is important to bear in mind how proud Guy Niv is going to be when he departs from Nice on the 29th of August to start the Tour de France. An Israeli rider from an Israeli team in the biggest race in the world. 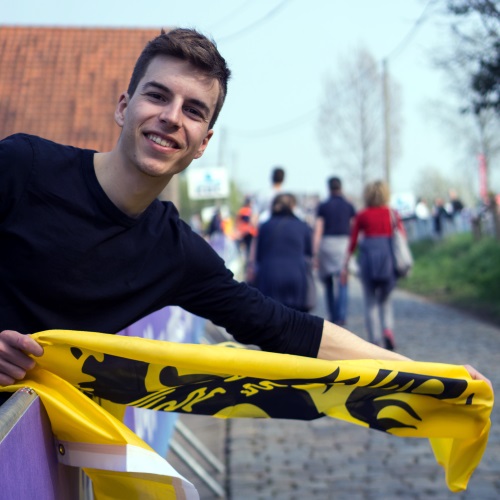