Professional cyclists are usually regarded as prodigious kids that gradually climbed up the ladder in the sport till arriving at the highest ranks of the cycling peloton. Even though this might be the most common path, it does not mean it is the established norm. Such is the case of Kyle Murphy, someone who got into cycling through fixed gear as he cruised around California and finally got into the professional road racing scene. Nowadays, he rides for the US-based team Rally Cycling, although they mainly race in Europe. His career has followed a clearly ascending trajectory, with two professional wins this season in Volta a Portugal and a third place at the US nationals. Some weeks ago we had a very pleasant chat with him, talking a bit about his career, his team, and the sport in general. 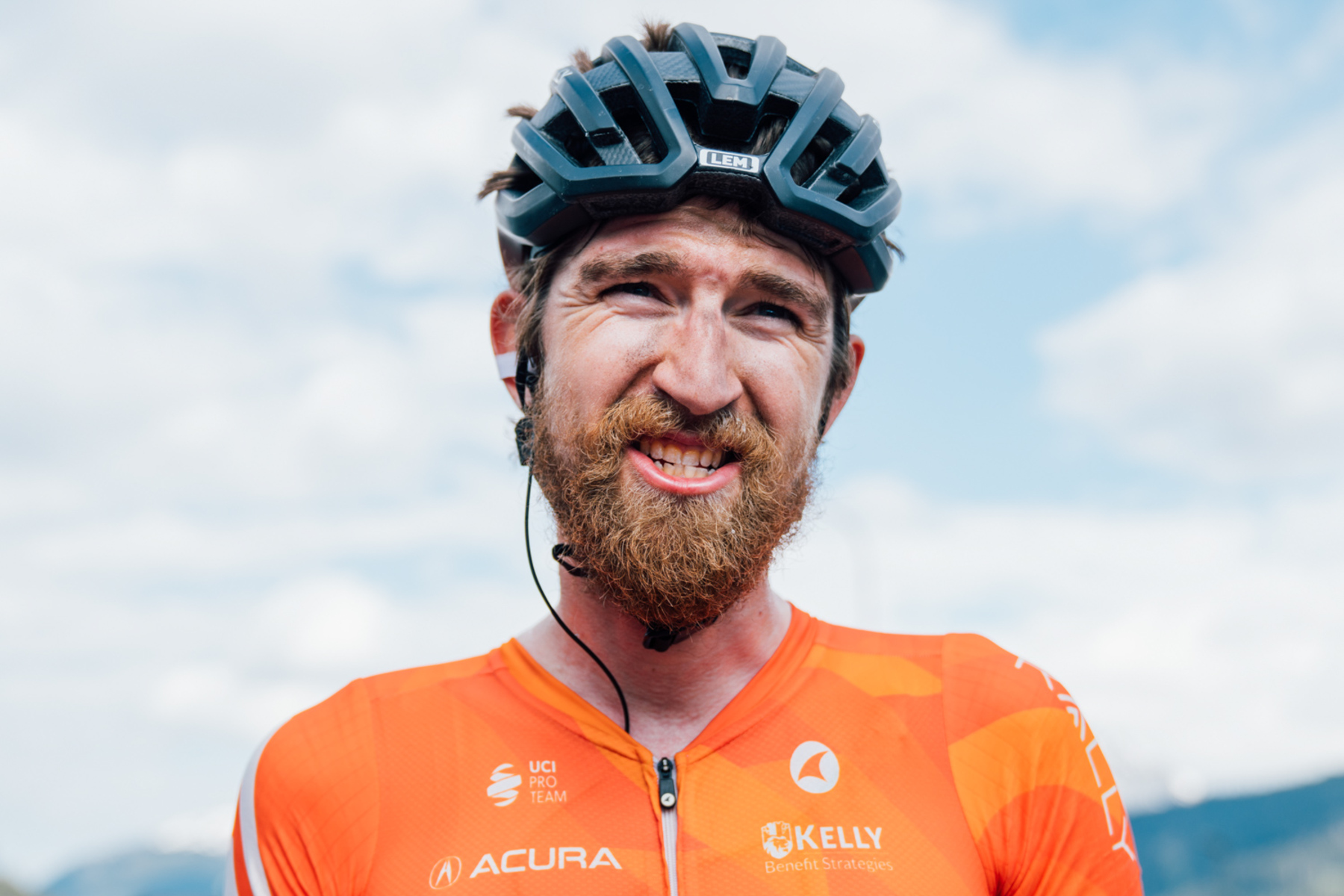 We knew Kyle way before he became a pro cyclist, as he was part of the fixed-gear scene in California with the Mash SF crew, for whom he worked for a while. His first encounters with a bike, aside from the typical MTB of his dad, date back to high school in Portland, as he took an old road bike to ride there. It was simply faster than the bus. As the first Mash video came out, his brother Evan bought his first fixed gear, becoming his role model. Then, he got one too, joining the scene and the spirit of crit and alleycat racing.

My brother told me to ride on the hardest gear of the road bike before getting a fixed gear. It was too much. Nonsense. Then, the step-up was immediate, it felt so much better.

The Oregon Bicycle Association, which is separated from US Cycling, made things easy to start racing. There were weekly five-dollar races in Portland on either fixed gear or road bikes on Wednesdays and track racing on Thursday and Friday. So, for basically no money you could take part in official races, making the transition from the streets much easier and fun.

During his time in college, his brother lived in NYC, and he would visit him from time to time, joining him in nearby road races up to 3-4 times a week. They did not train, just participated in those events. So, thanks to his brother he gradually discovered the sport and, even though Evan was always better than him, as they progressed in the sport, Kyle started showing better endurance in long races. Finally, in 2015 both joined the Continental Team Lupus Racing when Kyle finished college, switching from underground to professional cycling. For Kyle, Rally was always the team to be on in the US, with the strongest riders and the biggest races on their calendar. After a very good race in Utah in 2018, he was approached and got his contract.

I am really grateful to my brother, as he motivated me and thanks to whom I had everything I needed to race during my first years.

As he transitioned out of the fixed gear scene, many people did as well. There was something special about the simplicity of fixed gear bikes and what David Trimble had created with RHC. However, as he stopped, people gradually transitioned to other disciplines. Nowadays he lives in Vermont, but he is based in Girona during his racing period in Europe. That is partially because he knows his way around the Barcelona area, and it was all thanks to his participation in RHC.

A lot of teammates share memories from races and coaches as they competed with each other as teens. They have been racing for much longer than I have. For example, my first time racing in Europe was in RHC in Barcelona where I could enjoy the city, the race, the after-party… None of the real pro-cycling lifestyle.

Kyle is a rider who likes to fight in the breakaway and will always be there to support their teammates during the climbs. If he wants results, he must be in the breakaway, or in a selected group and trust his endurance. He loves supporting his teammates, as he says that he takes more satisfaction from that than from individual victories. 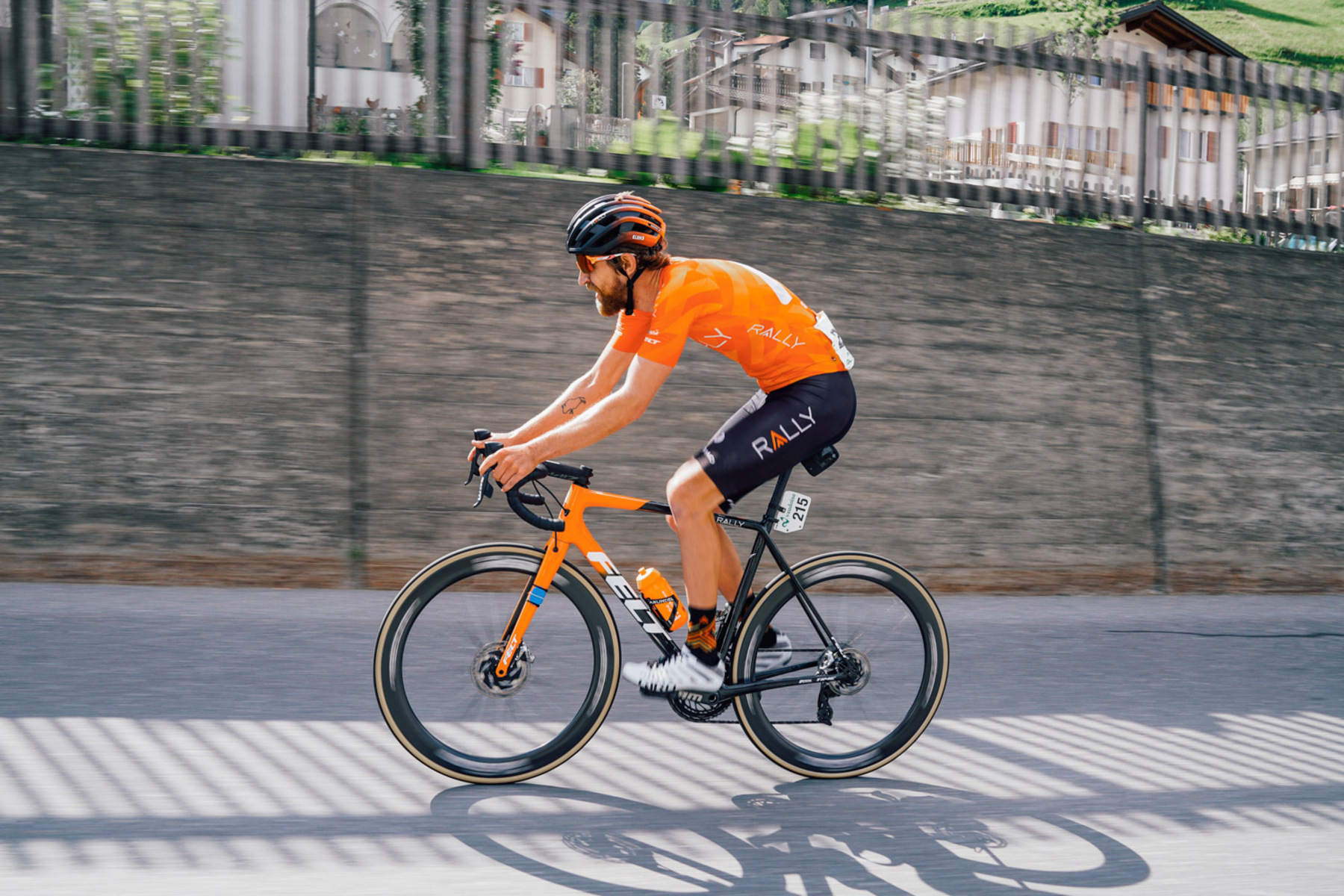 He likes racing in Spain in general, and especially in Ordiziako Klasika where he finished second last year. It is a historic race where the public is devoted.In the future, he would love to race La Vuelta. As he considers it is a race with a lot of opportunities for the breakaway.

He would like to race more in the US, but the calendar is not competitive enough. The racing there is different, as in Europe the level is much higher, there is more tradition, and cycling is considered as a real sport. In the winter he will be back in Vermont, where he rides some gravel on his road bike with wide tires, but he does not see himself racing in long events of that particular cycling discipline. So far, he has participated in the Vermont Overland, which is not far from his home, and was just over three hours.

This season in Rally Cycling

The beginning of this season for Kyle was delayed due to the birth of his daughter. He did not fly to Europe until May, skipping some races and the team training. After many COVID tests, he finally got to the old continent, where he took part in the one-day race GP Miguel Induráin. To his surprise, during the race, his DS told him he had been disqualified because of littering.

It was a very weird experience. You are riding tight corners, super fast, focused on the road, and suddenly you get pulled out because of a wrapper. For this simple mistake and all the sacrifices I made to get there: family, time, money, tests, traveling, time with lawyers… I felt I was wasting my time.

However, the season had just started. The good shape was coming, and the team started getting good results so everything felt right again. Then he went back home for Nationals, and for the first time, his family was there to support him. He felt super excited and spent all day in the break making it into the last podium step. Joey, his teammate, had won and he could not be happier about that. It was a day full of emotions for him, and when his 5-year-old came up to the podium, it was the best feeling. It was a good end to the first half of the season. 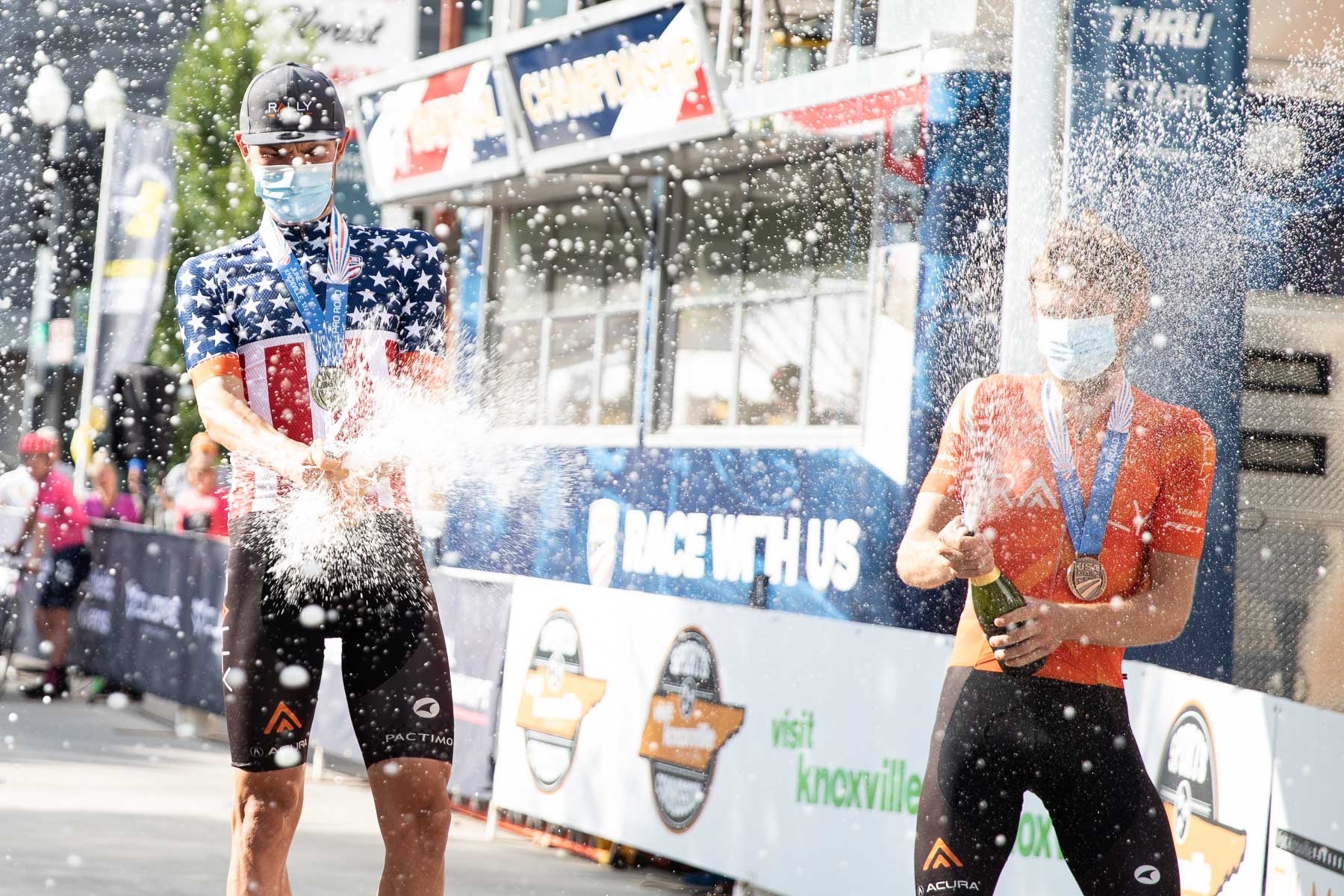 After Nationals, the team gained confidence and good results started coming. They were not stronger but more confident. They were not outsiders of the peloton anymore and started gaining the respect they deserve. For Kyle, that was especially good, as he got two victories in Volta a Portugal. With that, the team is nowadays recognized by the rest of the European teams and got the attention it deserves.

As Kyle told us, in Rally there is a lot of freedom. There are riders who demand and deserve support, and the team will back them up. But for a team their size, without a massive World Tour budget, it is better to be combative and get in the breakaway, where they have found their greater success since it is hard to find their way between the major teams.

As for the women’s team, we know it is stepping up to the World Tour next year as they are getting very good results. As Kyle said, every year, women are getting more visibility, benefits, increased salaries, or maternity leave. The growth of women in cycling is continuous and Rally is part of it. Unfortunately, both parts of the team don’t see each other a lot since they race at the same time. Typically, they have a team launch together, but this year due to traveling restrictions it was canceled. However, at US nationals they were together, got to hang out, joke around, and enjoy the atmosphere.

He also commented on the fact that it would be great if there was a real commitment to making the sport safer. There are people getting really hurt, and the focus should be put on safety. For example, racing in circuits with smaller teams could be an option, as knowing the circuit helps to anticipate. Besides, lots of turns help slow the race down, and if you crash you just slide out of the corner. Straight and superfast crashes shoulder-to-shoulder are the scariest ones.