This year the road team Qhubeka NextHash launched the campaign #QHandUp to raise funds for 108 Qhubeka bikes during Le Tour de France, which will change the lives of 108 children in Africa.

Qhubeka is a charity that moves people forward with bicycles. People earn bicycles through their programs, improving their access to schools, clinics and jobs. A bicycle is a tool that helps people to travel faster and further, and to carry more. In the face of extreme and persistent poverty, bicycles can change lives by helping to address socioeconomic challenges at the most basic level – helping people to get where they need to go.

The hand is symbolic of the Qhubeka logo, illustrating that bicycle beneficiaries are receiving a hand up in their lives, and not a handout. The hands on the kit of the team are a reminder of their fans and partners around the world. 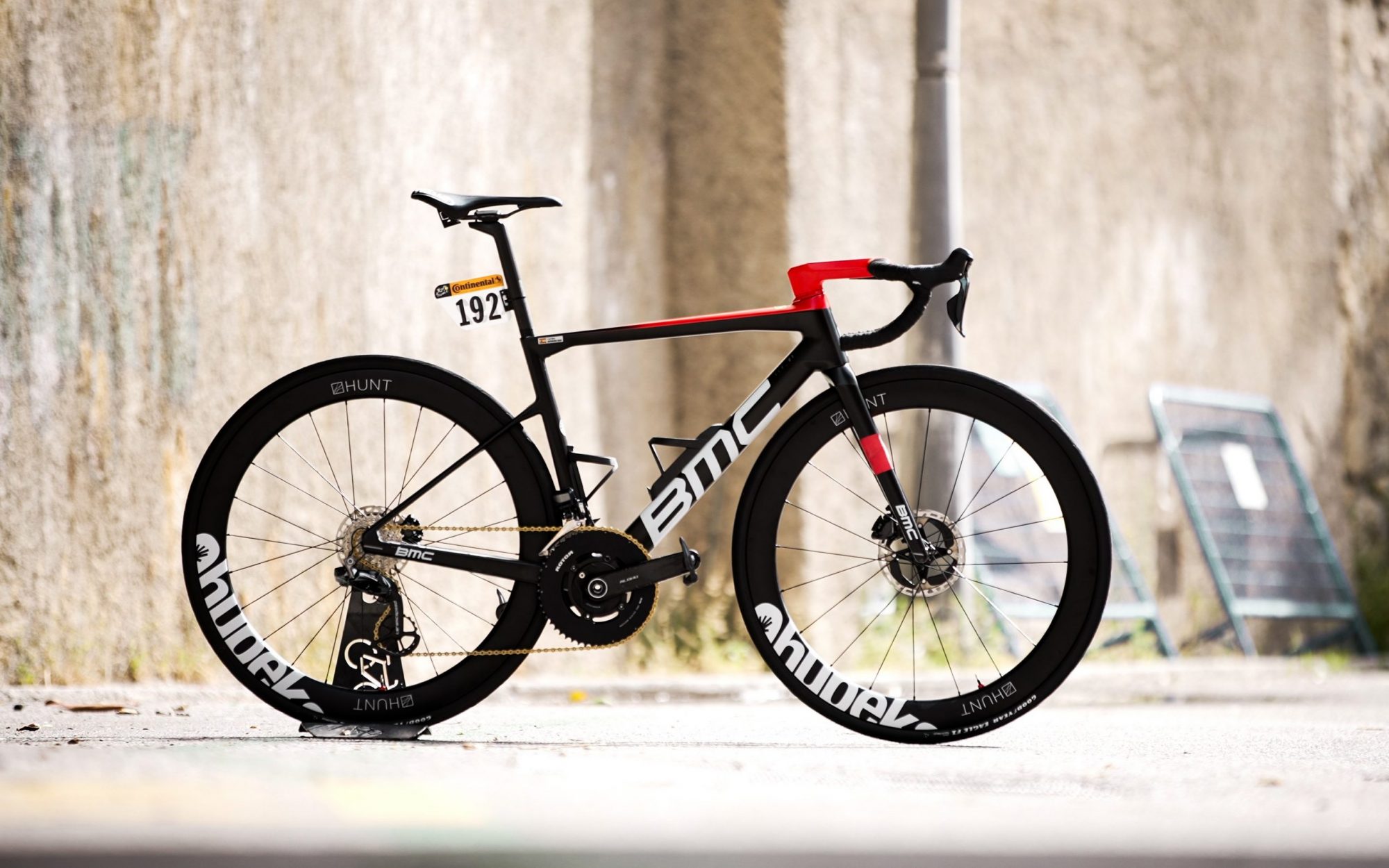 As part of this campaign, and coinciding with Mandela Day and the last stage of the Tour de France, Hunt has launched a limited edition of the Aerodynamicist 54 Carbon Disk wheelset with the Qhubeka logo around the rim. These wheels benefit from the lightweight Aerodynamicist rim profiles exclusively engineered and wind tunnel tested by Luisa Grappone (MSc Aerospace Engineering), Hunt Engineering Manager.

The quality of the Hunt wheels has been more than proven, as the three stage wins on three different sets of wheels in this year’s Giro show. We also had the chance to test some of their wheels ourselves and our feedback could not be better.

Anyone interested can purchase the product of this collaboration between the wheel manufacturer and the team on their webpage, with all proceedings going to the Qhubeka foundation. Hunt is offering the unique opportunity of acquiring equipment ridden in the Tour, as the five Qhubeka NextHash riders that managed to finish the race used these sets of wheels to fight for the win in the final parade.

Only ten units of the Qhubeka x Hunt 54 Aerodynamicist Carbon Disk wheelset have been built, which means that the new owners of these wheels will get their hands on some exclusive gear used by the pros, and in doing so, help change lives.

Anthony Fitzhenry, Founder of Qhubeka, said: “We are very pleased that Hunt Wheels has decided to activate the #QHandUp campaign of Team Qhubeka NextHash with these very special wheelsets at the Tour de France. Their partnership with the team is based on shared values and this collaboration is evidence of that. The funds raised through the auction of these wheels will help fund bicycles for people who need them. We appreciate the support from the team and the team partners.”

The Tour finished last Sunday in the Champs Elysées, and this year the final stage of the race coincided with Mandela Day.

Every 18th of July people celebrate and share the messages of peace and harmony that Nelson Mandela promoted during his life. Team Qhubeka NextHash has a deep connection with this day, and as an African team riding for a cause and supporting the Qhubeka charity, they wanted to honor the birth of the former South African president by changing and unveiling new cycling gear. 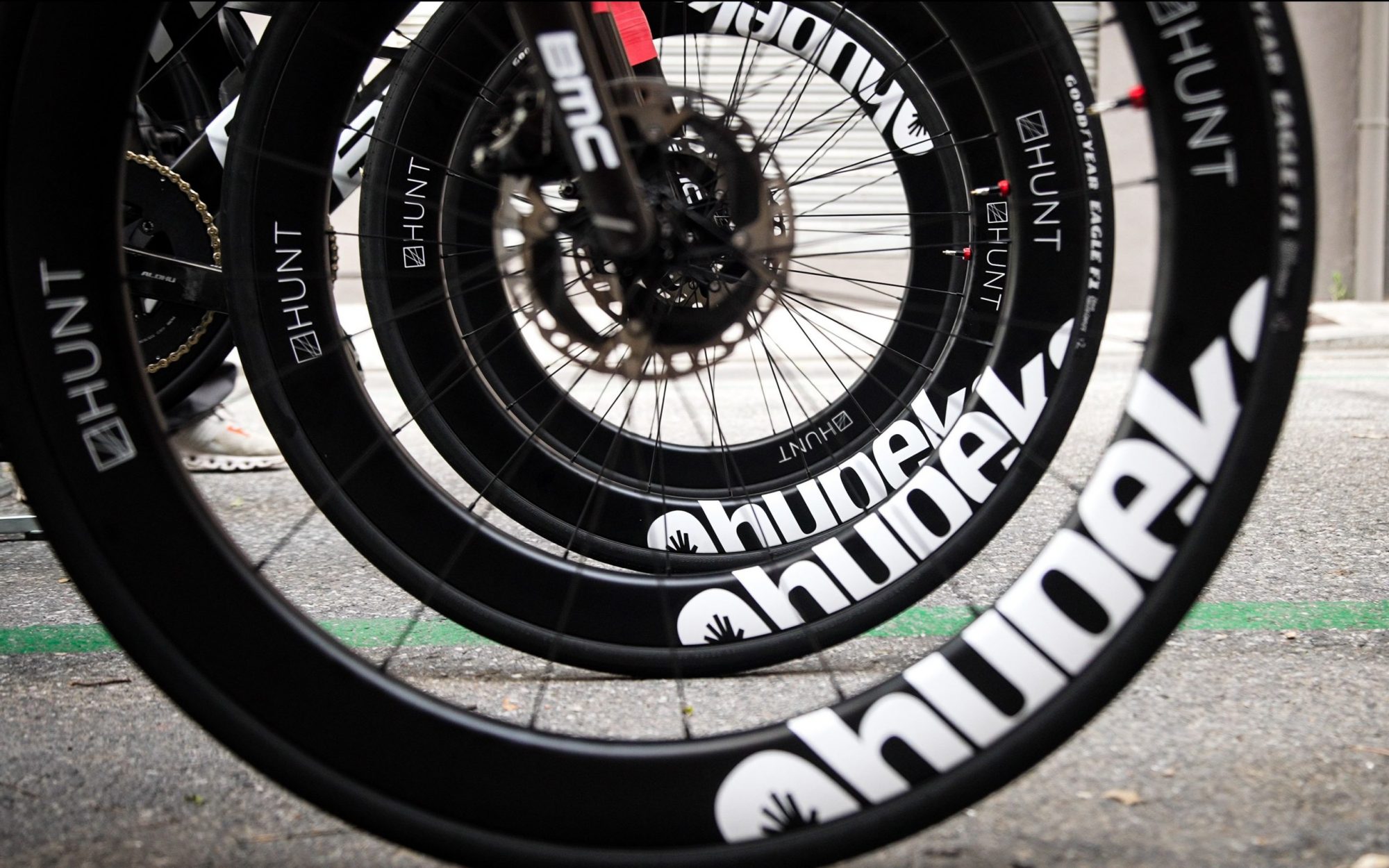 For the past few editions of the race, every July 18th the team changed some team elements to orange. Orange is the color of Mandela Day, and it’s also the color of harmony. We still remember the year that the British Steve Cummings put the icing on the cake of the first-ever Tour for the African team by winning a stage on Mandela Day. He crossed the line first after an attack from the breakaway, wearing an orange helmet and putting his hand up during the celebration, which is the symbol of the Qhubeka charity,

This year the road team Qhubeka NextHash launched the campaign…