After winning almost every fixed gear race he has taken part in the last few years, making it into the professional road cycling world was the natural step for Margaux Vigie.

Cycling came across her life while being a professional speed skater, as you can read in a previous article about her, and after different phases of her life, the 25 years old French rider is focused now on the road. 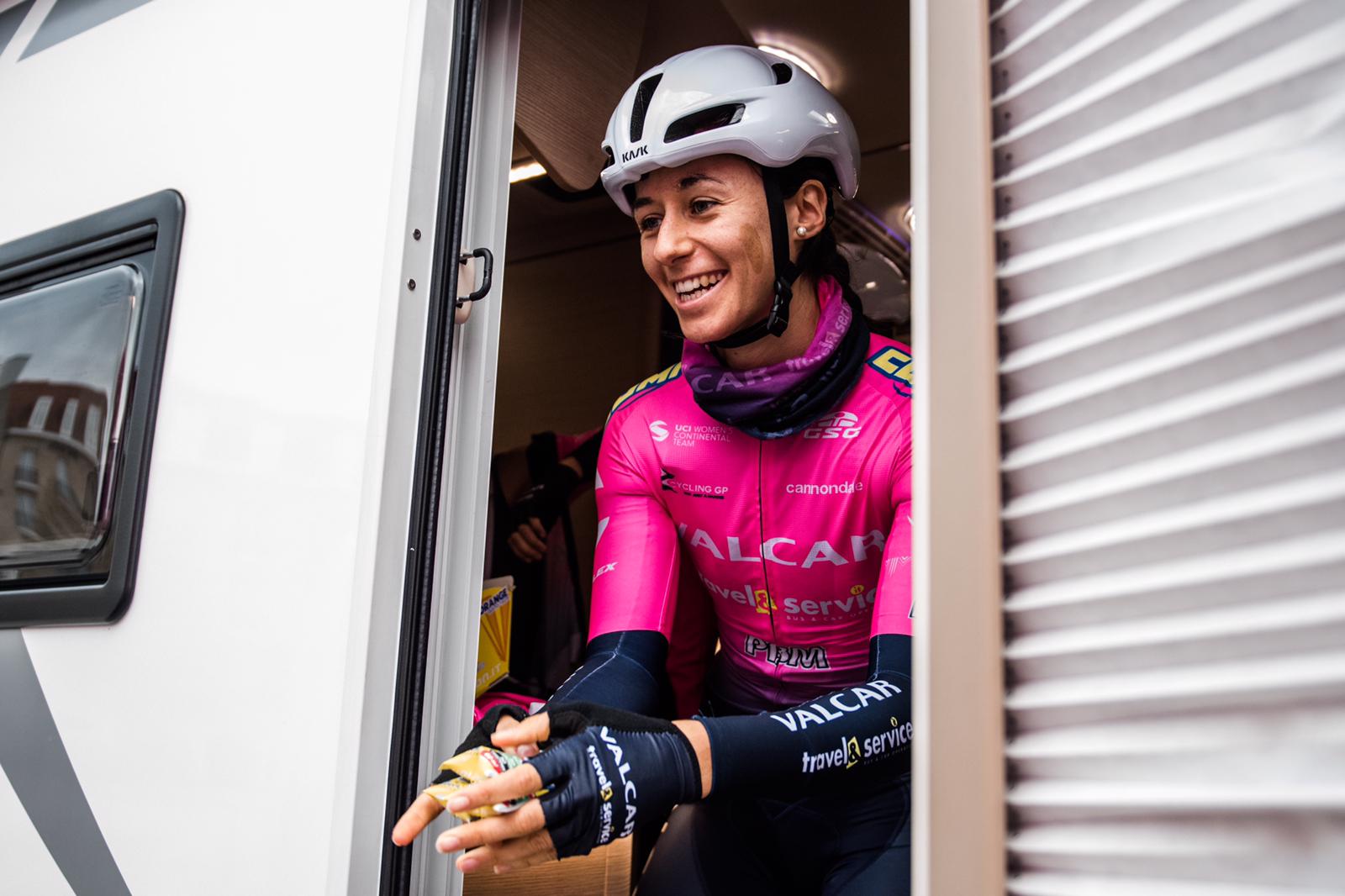 She signed her first contract for the 2020 season, but the problems within that team and the global situation prevented her from racing. She found an escape by signing for Valcar-Travel & Service in July of the same year, although one can say that the season was already wasted.

She has finally been able to focus on clear goals, and her preparation for this season has been optimal. In a cycling calendar still disrupted by race cancellations, she has managed to get the first taste of what racing against the best looks like.

As the only international rider in an Italian team, there are always difficulties in terms of communication when you are the one different from the rest, but Margaux wants to learn Italian as soon as possible in order to be part of the conversation, both for racing purposes and daily life. Unlike the rest of the team, she doesn’t have a lot of professional experience, but she is, little by little, learning what is needed to succeed in the discipline. Nowadays, her role is mainly about covering moves or attempting a breakaway.

“Every day, after finishing a race, I go over what I have done well or badly, and try to etch it into my memory”

Something totally new for her were the spring classics, in which she had the chance to participate while in Belgium. The dynamics of racing when there are cobblestones involved are somewhat different, as according to her, one has to fight for the position already a few kilometers before the start of each of the segments to avoid getting caught behind.

She made her debut in 2021 in Le Samyn des Dames, which included a few cobble sections, so she was a bit nervous but also eager to see what was her shape compared to the rest. She confesses she is feeling in form and confident about continually improving in the next years.

Last year it was announced that the Paris-Roubaix would have a women’s race too, but unfortunately, the global situation hasn’t allowed female riders to enjoy (if one can find a bit of enjoyment in pushing through rocks) one of the most well-known events of the cycling calendar. This year’s edition has been postponed until October, and being French, Margaux is super excited to race it and more than willing to focus on getting ready for the race.

We all know about her domination in the fixed gear world, but when we asked her if the technical skills she acquired while racing without brakes could help her achieve the same success on the road, she partially denied it. “Definitely not for the cobbles, because in the end, it is a matter of pushing the highest number of watts possible. Nonetheless, my skills have helped me to move within the peloton in a safer and more efficient way” – she says.

Cycling brands are aware of the rise in popularity of women’s racing, and are creating a lot of media content about it. Cannondale published a video about the classics campaign of the women teams the bike brand sponsors, with Margaux expressing her admiration towards this period of racing.

Now that the fourth edition of Among the Giants is in…

Quick question: how many cycling climbs of the Alps with…