In hand- and custom-made bike frames not only tradition matters. Frame-builders also innovate themselves and introduce modern materials, mixing with the classic ones, and Bellé Cycles is an example. Far from what is conventional and after many studies and trials, he has recently released his latest frame which incorporates ISP (integrated seat post). In this way, we decided to get in touch with Kico so that he could tell us how this concept came up, how he developed it, and what is next in the future for Bellé Cycles.

Is ISP a one-time addition to the frames or something you would like to include in your catalog?

“Doing something with ISP has been a thought for a long time and last year I had the opportunity to do one for Christian Meier (A.T.E.R.). The initial project was to make a mountain bike but, finally, we decided to build something more focused on extreme adventure gravel. Both Christian and I decided to experiment with different materials to achieve a light and well-balanced design. We got in touch with ENVE to get some carbon tubes and everything appeared to fit together. We broke the rules of what a typical gravel bike should look like and we built it. 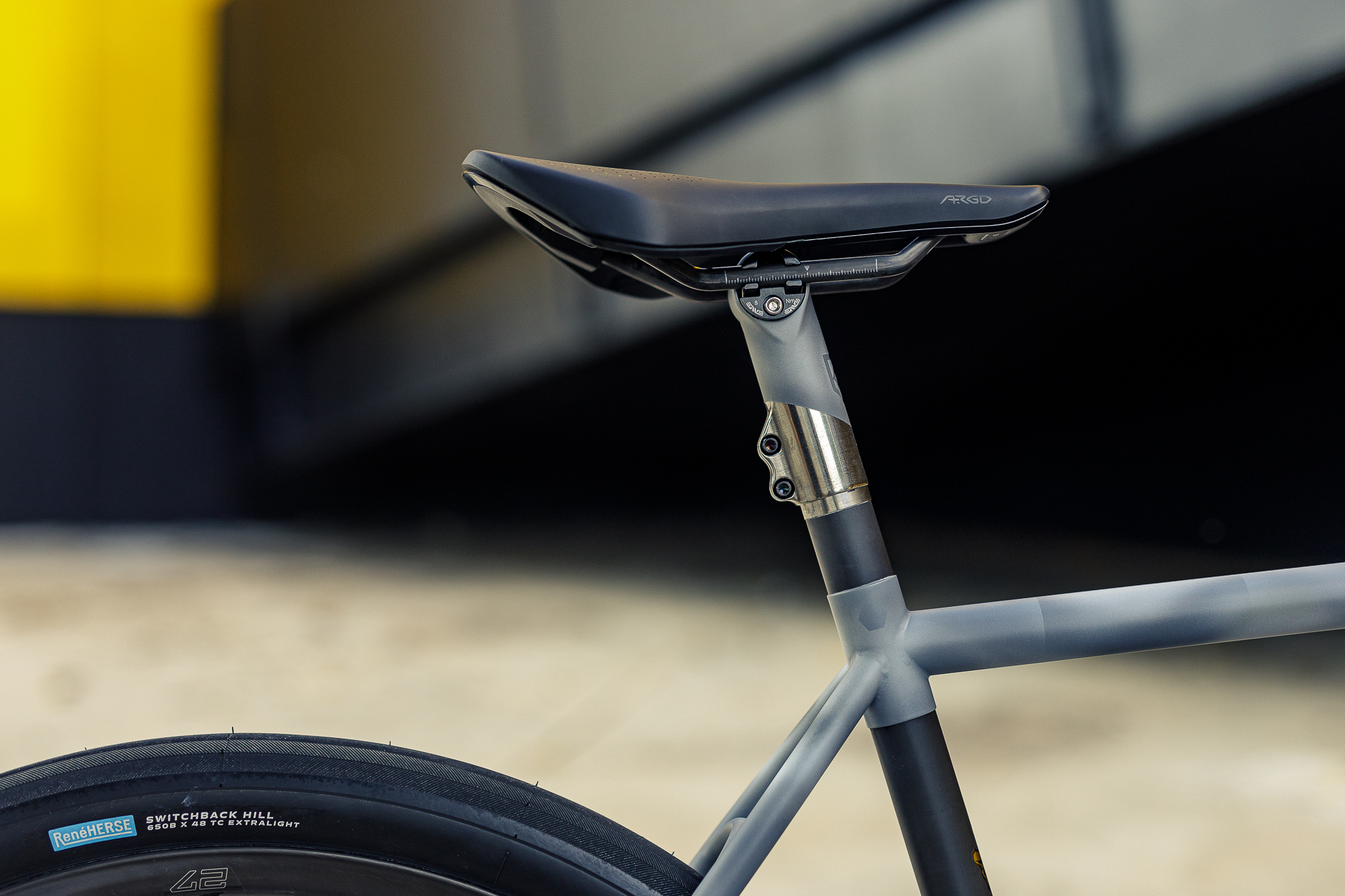 That was a crazy build, with MTB fork, daring design, and I had tons of fun building it. Nowadays, we have specific gravel forks that can fit 29” wheels, lighter and less rigid… but that allowed me to learn a lot.

From that point on I decided to continue producing, I arranged the supply of carbon tubes with ENVE and I bought a few 3D printed titanium toppers at Bastion Advanced. Since I wanted to be present in the ENVE Builder Show that was going to take place in May 2020 in Girona, I wanted to transfer all this knowledge to a gravel bike for me, which would have an all-road geometry, designed to be used for everything. To be mistreated, but especially for long-distance riding.

Due to obvious reasons, we finally decided to launch it to the public through your magazine.”

What benefits has the ISP with respect to a bicycle with a traditional seat post?

“On paper, the main benefit relies on having the same stiffness as a traditional frame but, since it has no additional welding points where the conventional seat post converges with the frame, bending and stress are distributed along the whole tube. In spite of that, the carbon seat tube typically provided by commercial suppliers has a diameter of 35 mm, which might be too stiff. ENVE offered us a 29 mm wide tube, a diameter that required a specially made topper, but also resulted in more flexibility and exclusivity. Additionally, the lugs are especially thin so they can flex along with the carbon post. 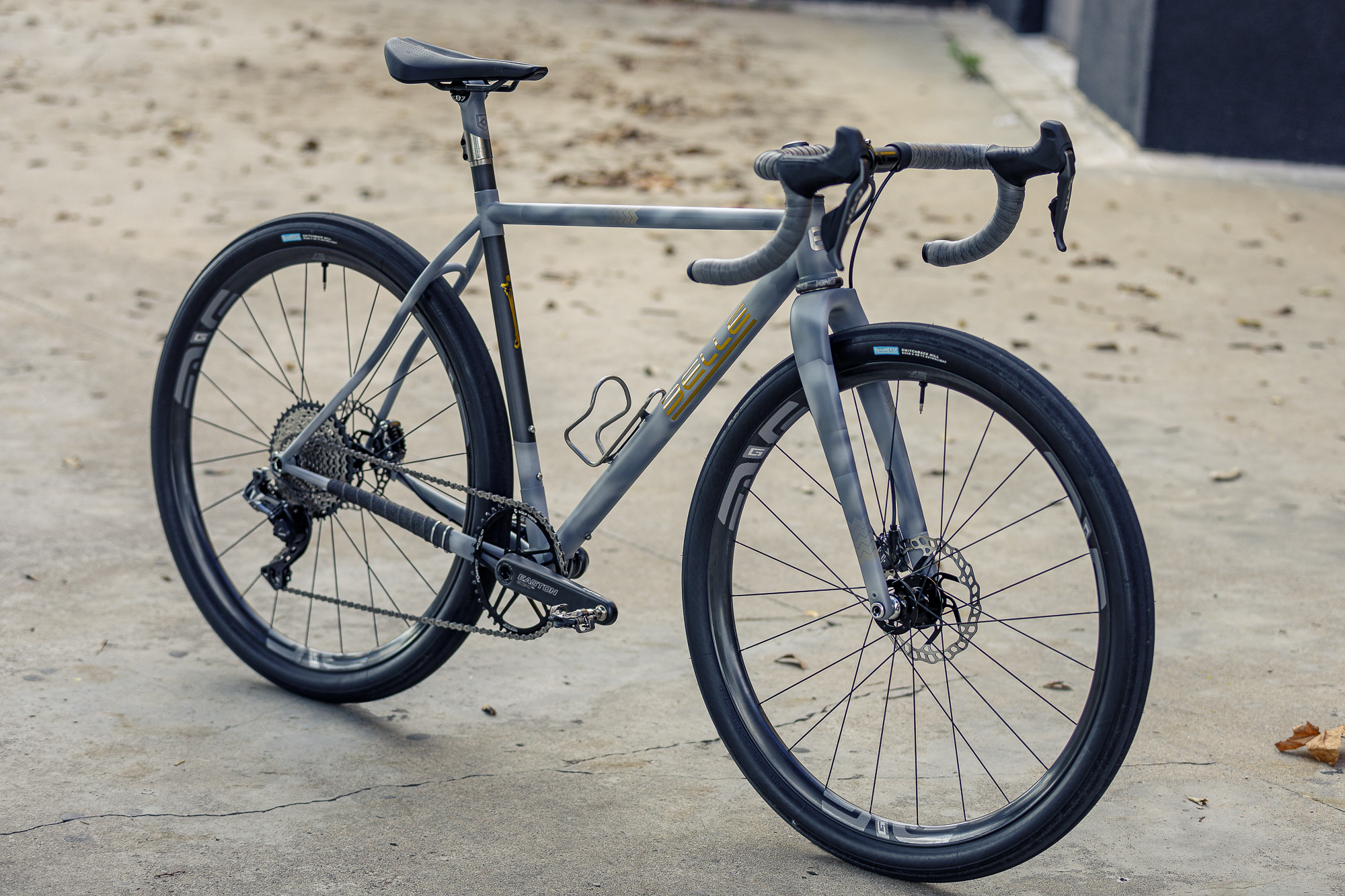 Currently, I am examining how it feels, and the stiffness of the frame as a whole is incredible. The flexibility of the ISP is very interesting, and in the final setup, it represents a reduction of 200 g. An added indirect benefit is that you can also forget about the water that might get in the frame through the seat post, which is perfect for gravel riding.”

Can the ISP setup be applied to any kind of bicycle?

“Everything that has drop bars, gravel and road, both on disk and rim brake. It might not be more comfortable, but it behaves differently. As I said earlier, stresses are evenly distributed. Besides, it is even more exclusive since it will be your size. The topper has a maximum range of 20-30 mm.”

What about the price?

“Building this frame is more complex. The production time is longer because, for instance, the frame must remain on the stand as the tubes are attached together.

Approximately, the extra cost with respect to a standard frame can be substantial, around 800 and 1000 € depending on the desired topper, about which I am considering different alternatives. The plan is to start producing and delivering some frames in spring, starting with just a few units.”

Let’s talk about your bicycle for the ENVE builder show

“It is unique. The frame won’t be the standard ISP one, it’s a bit different. For example, the headset tube was fabricated in reinforced CNC, not as light as the Columbus HSS that I normally use. The diagonal tube is a hybrid MTB XC/Road Dedacciai, with which I wanted the bike to flex differently. The top tube, as well as the rest of them, is Columbus and extra thin to allow more flexing and, in consequence, more comfort. The back triangle has a longer tapper with the same end.

The groupset consists of a GRX Di2 and is thought for single or double chainrings, just adding the shifter (also tailor-made by Bastion) and cables. The cockpit is ENVE. It has René Herse 650b 48 mm slick tires, though I am currently testing some 700c 38 mm for the ultradistance setup.

I would like to highlight the Fizik Tempo Argo R1 saddle that I have been testing and for which I have no complaints.”

And about the paint job, what was your inspiration?

“Even though I think of myself as a man of peace, the design is based on an F22 aircraft, on both the camouflage and the decoration technique. I told Kilian that I wanted an unfocused camo with focused details, with the logo mimicking the anti-reflective cabin of the aircraft. Aside from that, he was free to do his art since it was for a show. The finishing touch is glossy since I didn’t want any reflections.”

And the bone-shaped logo?

“It doesn’t have a precise meaning. It is like the frame is the skeleton of the bike, and that bone is like a femur, the biggest and strongest bone. It is painted and it has a lot of depth since it has a shiny varnish and a posterior matte finish covering the details.”

Let’s switch topics. Talk to us about Bellé Cycles. What’s new for 2021?

“I will continue with the frames that I had already planned. I will release the ISP soon, hopefully in spring. Improving the integration of the building procedure as well. I hope to show some news regarding this topic soon. On the other side, I am investing in the workshop to be more precise and productive.

In the international aspect, I will be working with resellers in the US, Canada, Philippines, and Belgium. Obviously with The Service Course too, and besides that directly working with my clients.

About the paint jobs, I will continue working with Kilian and Scolors, and maybe we can all work together in the same place eventually, closing the circle. Benefiting on an image, creativity, and productiveness level.”

At a professional level, in which stage do you think you are?

“We could say that I have already finished school and that nowadays I am taking some master courses, there is a lot to improve. I started dominating reliability, and then, with experience and client’s feedback, I dominated the work process. Now, I am focusing on exclusivity and the image of the brand but never forgetting who I am and being an artisan.”

Nowadays, are you satisfied?

“Never -smiles-. I am very satisfied but, of course, one can always improve.” 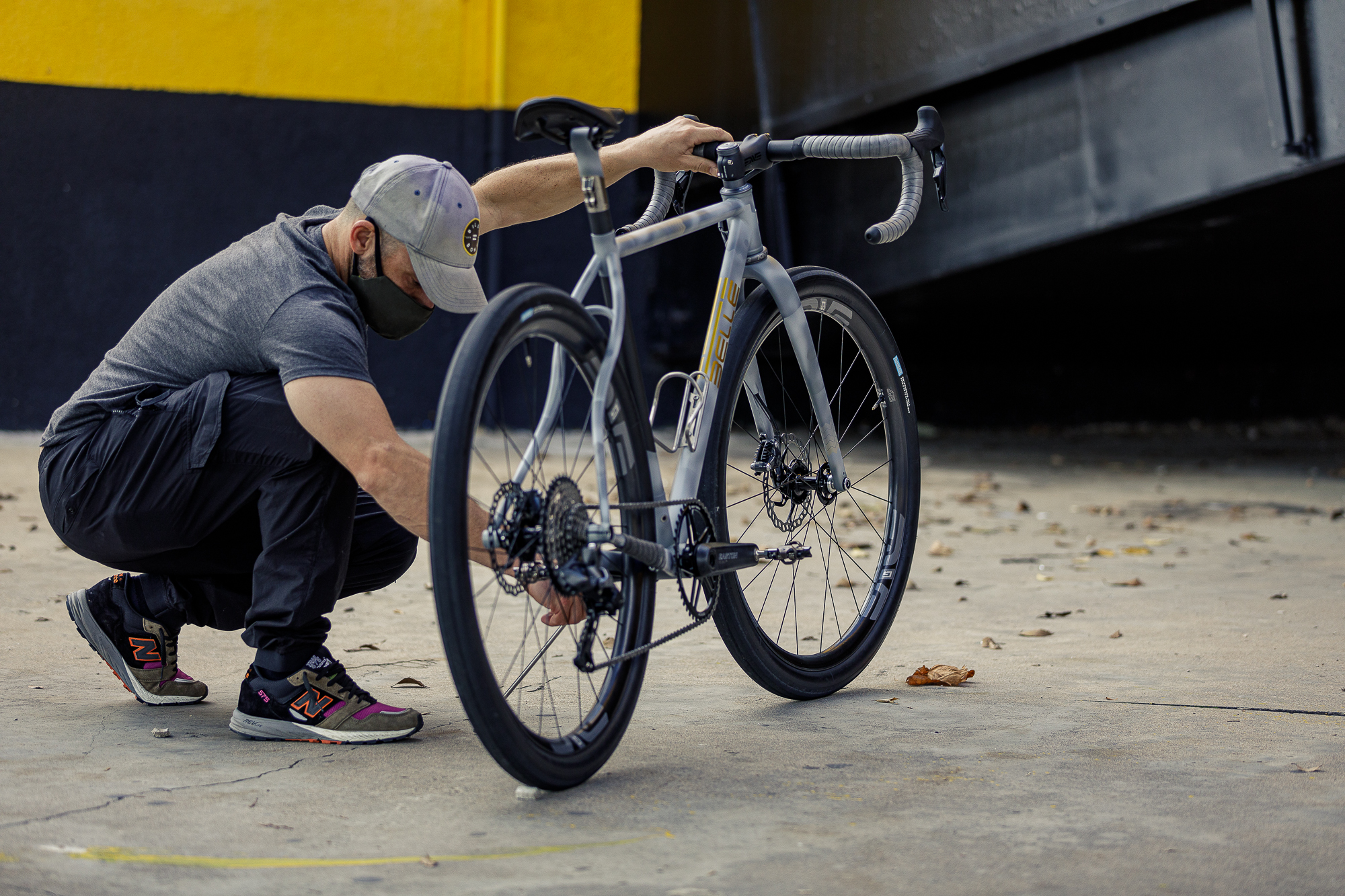