Sami is one of those people who lives life to the fullest, who does not waste a single opportunity to enjoy new experiences, travel, learn and meet people. She moves a lot by impulses and intuition, participates in countless projects and loves sports, especially cycling, without neglecting her other passion, surfing.

All this has led her to become one of the female influencers of the cycling scene with more activity in recent years.

From RAW, we had the opportunity to see her career very closely, starting with the endless alleycats in which she participated years ago, her immersion in the competition participating in the top races of the fixed scene and, later, giving a turn of 180 degrees to her life throwing herself to live adventures on her bike and surrounded by projects related to the bike. 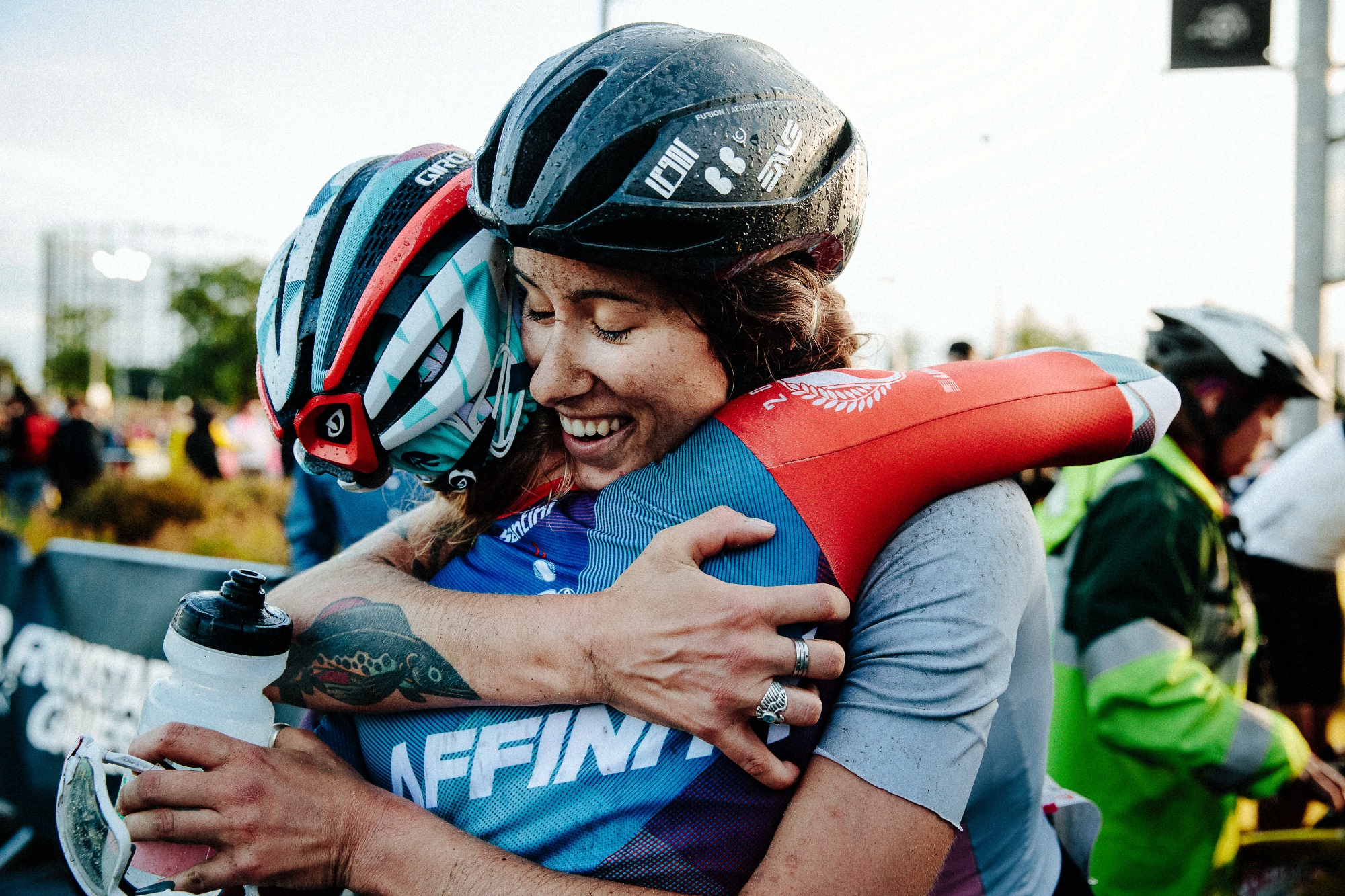 From Berlin to Route 66 in the USA

“Basically Angus Morton (Thereabouts), contacted me and proposed an interview. After that we continued talking and, among others, we also talked about the trip to the USA that they were going to carry out. At that time, I lived in Berlin and had my life … but I felt that it was a unique opportunity that I could not let go and, without chewing on, I bought the plane ticket.

Until then, I had not done more than 180 km in a day and less repeat more than a day of consecutive long distance … They were 22 days very entertaining … and I discovered something that really made me enjoy a lot: traveling by bike. “

What did you think about riding in one of the most legendary routes in the world?

“When we talked to people, nobody understood why we were cycling there. Many people warned us to be careful and wish us luck. It is true that there are parts of the route that are in a phase of advanced decline and that, people who once lived on the route, today survive as they can.

In general, most of the people we met were very nice, peculiar and authentic characters, but you also had to be careful because one or the other gave the impression of not being very sane. Once arrived in New Mexico, the route becomes a highway and fast roads and everything changes a bit, we tried to make longer runs and stop just enough.”

Life “on the road”

“I would not change anything that I have lived in recent years, although it is not all pink … I have been jumping from one place to another without stopping and, sometimes, miss having the same (comfortable) bed for several days … Everything has a very cool and exciting side, but, on the other, it is normal to have that need to know where you are going to sleep the next few days and feel at home.

Despite this, it is a truly incredible experience, especially for people who work freelance, if someone has the possibility to do so, do not hesitate to try it.

My dream was to go to America, and during the trip, we made on Route 66 I had the true possibility of living that deep America and being in touch with everything it represents. “

Of all the states that you crossed during the trip, what was it that caught your attention the most?

“The departure we made it out of Chicago at night through one of the worst areas.

Illinois, Missouri, Oklahoma are states where they preserve the original route. Most of the places we pass through are open, hospitable people, although we also meet some “crazy” people on the route.”

How did you plan the route?

A better organization, it is true that it helps in the trip, but you lose part of that improvisation that, for good or bad, brings a lot of value to the adventure.”

Would you repeat the trip on Route 66?

“No, even though it was an unforgettable trip, it is not a trip that I would do because of its attractiveness or because of the experience I had. It is more, the fame of the historical route and the challenge itself, but if you plan to be a month traveling, there are many incredible routes and much more beautiful.”

What have you learned during all these trips?

“Be patient and try to stay calm. The days can be long and hard and you have to know how to always keep a cool head and avoid nerves. Communication within the group is also very important, make decisions among all and try to maintain a good climate, motivation, and encouragement.

When you are there, you cannot think of the pain, you must keep your head distracted and not consider leaving it for a single moment.

The happiness of being able to travel by something as simple as a bike and discovering that not everything is training, you have to know how to enjoy other experiences and more than one like this (travel by bike).”

“In Translabrador we had everything programmed and, although the trip was amazing, we lost a bit the essence and authenticity that improvisation brings. However, the second part of the trip, with Chas and Nico, we left the planning and went to our own wat, letting everything flow in a more natural way. Definitely, I bet more for the option of knowing where you want to go, but not organizing even the smallest detail.” 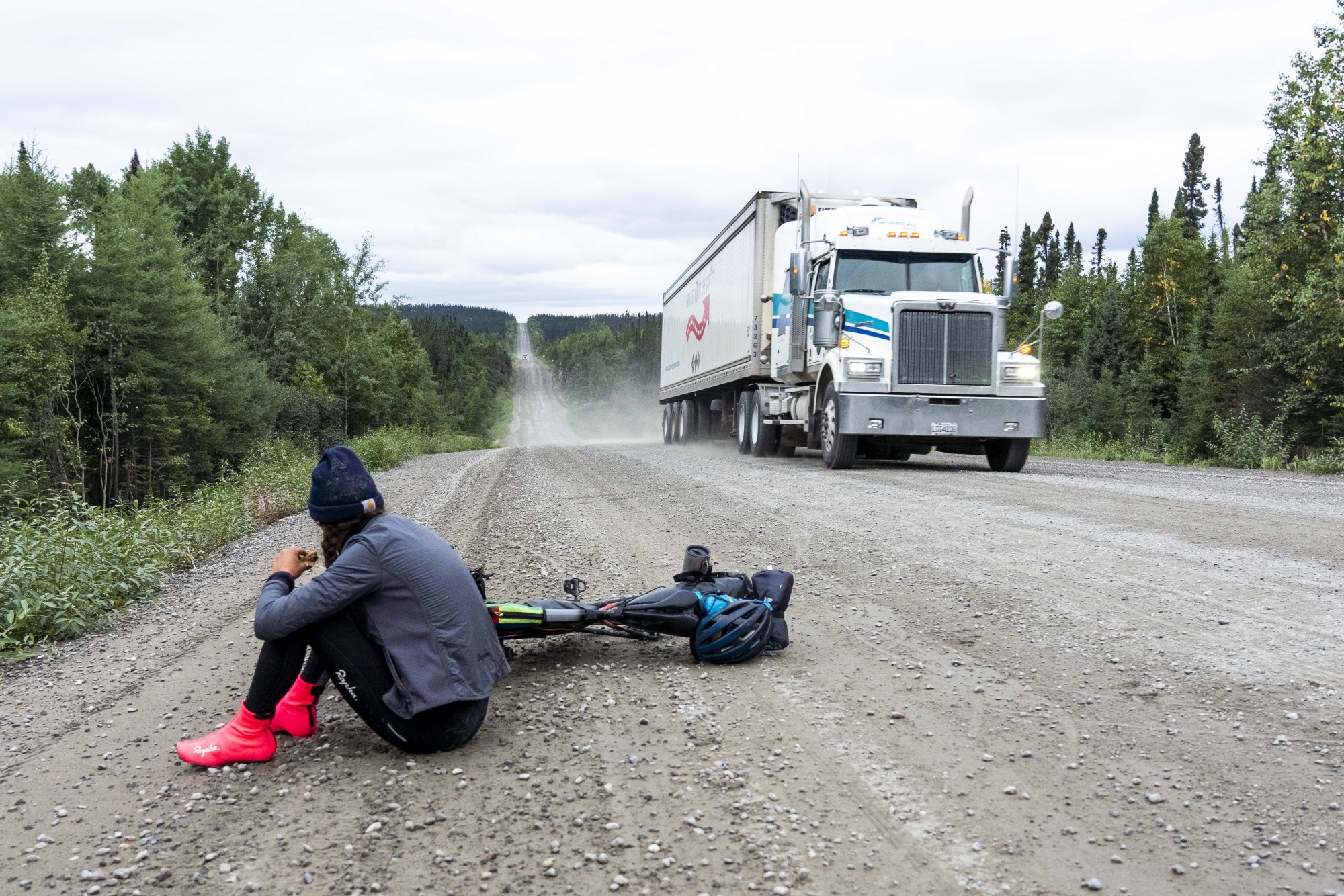 What is not missing in your suitcase when you prepare to start a new trip by bike?

“Bike clothes, usually one or two bib shorts, socks, some leggings to be comfortable at the end of the day, some t-shirts, a cap … you have to always think about wearing the right, rather pulling too little because all the weight you carry more, you will realize after many kilometers.

For another band, I also never leave behind: fork, spoon and razor, a multi-tool, chain lubricant, sunscreen, and a water filter.”

Talking about media, what do you usually take with you?

“Camera, spare batteries, a drone, two cameras, chargers, cables, hard drives, etc., in short, we carry a whole recording center. You learn to minimize weight with connector hubs and organize your suitcase very well. In Translabrador my bike weighed between 28 and 30kg. A fucking madness. On many occasions, we had to remove weight from clothes and other things in order to carry the necessary recording equipment.

You also have to monitor a lot with the load power that each device needs depending on the country you are traveling to.”

Traveling with assistance or without?

“Obviously, if you have the support of a car, you can produce videos of higher quality and production and in many cases, we have to adapt to the needs and requirements of the project.

On the other hand, we prefer to go on an adventure and record more of you, more staff and leave room for improvisation. When you go like this, it’s all much more intense and less intrusive. The people, if you go with a car, big cameras and a lot of staff, do not even come to say good morning, otherwise, if you have the possibility to reach more the locals, mix with each other and learn amazing stories.”

What was your best/worst moment?

“Good moments have been many, but I remember one day that, after getting angry with the group, I decided to start, escape from the group, and travel 32 km alone at 30km / h on average alone … the next day I could not move… he, he, he… but it was funny.

Like worse, sometimes in which the body has not been able anymore and I had to get into the assistance car.”

Can you tell us an anecdote about Translabrador?

“The first night we spent in a hut that we found on the way, we were 200km from the first town, and while I was cooking, the camera pretended to be a policeman, shouting “hands up, hands up…”, I believed everything and I scared a lot.

At night I couldn’t sleep well and had nightmares. I woke up several times because there was a door banging, and I was convinced that there was a bear hanging around, and in one of those times I started screaming “there’s a bear, there’s a bear!” I think it was one of the nights I’ve been more scared of all my life…”

What Sami are we going to see in a few years?

“I am currently immersed in several very interesting projects and I have planned to participate in several bike-packing tests that will put my body and head to the limit once again. On the other hand, my head does not stop thinking about taking the bike and escaping a few days. I have other projects on the table yet to be decided, so my future may vary.”

I ask the question in another way, where would you not want to see yourself?

“Competition, I do not rule out returning one day, but it requires a lot of time and dedication to be able to have good results and I doubt that I will return to that life in the short/medium term.” 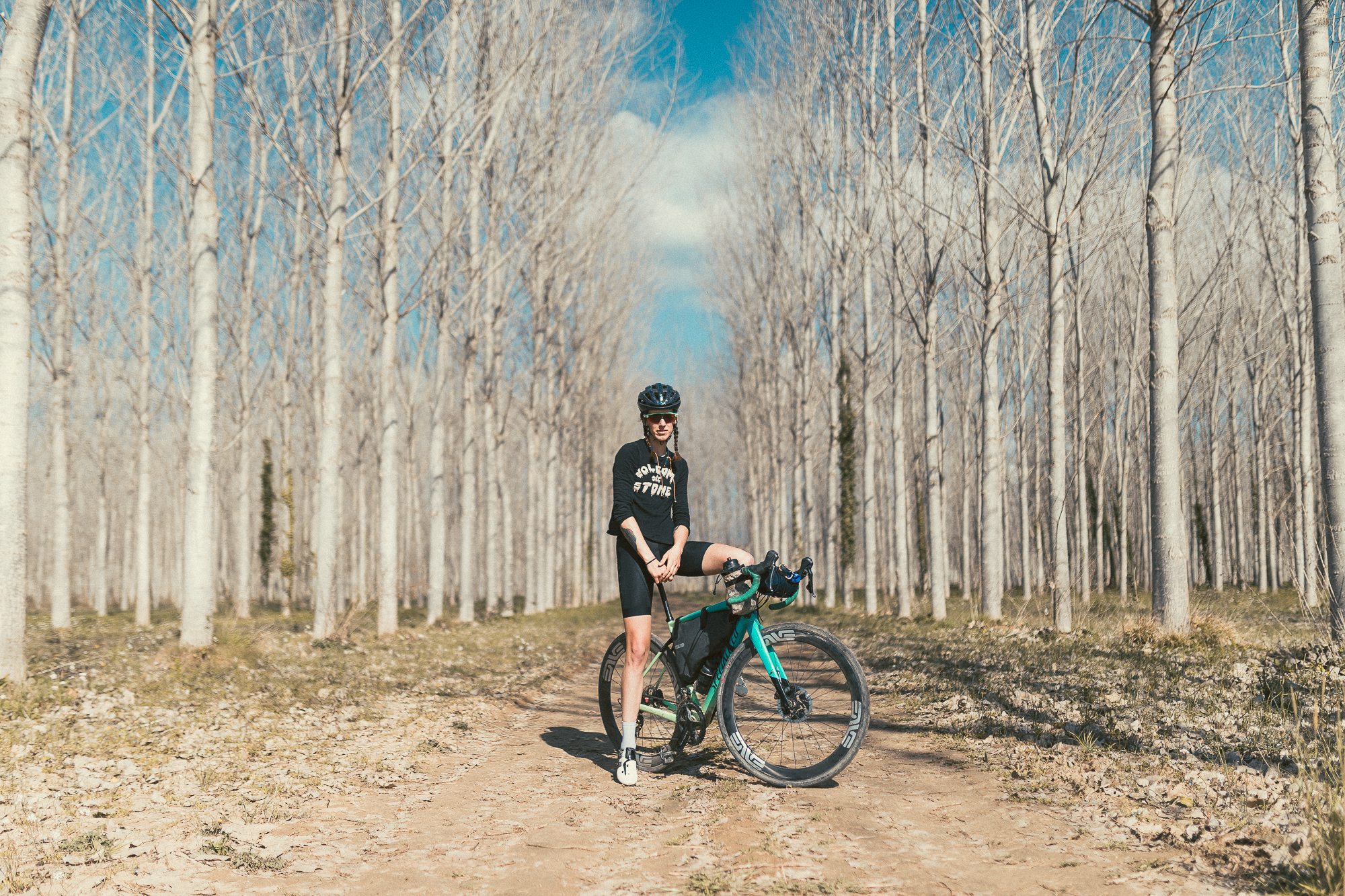 At Restrap they don’t just make bikepacking bags and cycling…