After a whole year of racing, Big Sugar Gravel was the final event of the Life Time Grand Prix. The length of the series required all riders to stay race-ready for most of the year, but the lucrative prize at the end of it was worth it.

We already introduced you to the format of the Grand Prix and published an update when three of the six races were already a thing of the past, and now that everything has been decided, let’s go through the last round and recap how the series unfolded.

Big Sugar was supposed to be the decider of the Grand Prix and although on the men’s side the win was mathematically decided, most of the top places were yet to be assigned. It was just the second edition of the race but, being part of the Grand Prix, it attracted many professional and amateur riders to Bentonville, Arkansas.

The few contenders with experience in the race warned everyone about the tough terrain prone to punctures that they would face, so racing with some sort of mountain bike was a very valid option on the table. After carefully choosing every piece of equipment, the riders lined up quite early on Saturday, October 22nd, to start the race at 7.30 AM and immerse themselves into the characteristic autumn landscapes of the American state. The main theme of the day was loose, rocky gravel through falling leaves and water crossings, accumulating more than 2.200 meters of elevation in 167 kilometers.

As per usual in the long gravel races in the USA, Big Sugar Gravel was a race of attrition, with top contenders dropping from the lead pack as the kilometers and terrain started to pay their toll. There was drama until the end of the men’s race, as when it seemed that a group of six riders was going to sprint for the win, Russell Finsterwald attacked with one kilometer to go and surprised the rest. Russell won the 2019 Cross-Country Marathon National Championships and he now complements his technical skills with the endurance ability required for gravel racing.

While the men’s race was decided in the last moment, Paige Onweller distanced herself from the rest early in the race and maintained her lead until the finish, with Emily Newsom crossing the line six minutes later and Alexis Skarda rounding up the podium.

Throughout the race series, athletes covered a total of over 925 kilometers and 14.000 meters of elevation gain, traversing dynamic and cross-discipline courses. There was an easy-to-follow and exciting narrative that kept fans engaged all season long, but after all good things, it had to come to an end.

Unlike in a stand-alone race, riders had to be careful about the risks to take, both in terms of tactics and equipment, because any error would be fatal not only for the race itself but the overall series. Riders tended to ride on more resistant tires even if they weren’t the fastest option, just to be on the safe side and minimize the risk of punctures.

In the women’s field, the late Moriah Wilson kicked off the season with a win at Sea Otter. Heading into Unbound Gravel, Sofia Gomez Villafane inherited the lead, but Haley Smith pulled ahead in the rankings after Leadville Trail 100 MTB.

The women’s series leader coming into Big Sugar held her advantage to secure the overall title in the Life Time Grand Prix. A 13th position in the last race was enough, as the riders that were a threat to her overall win finished after her. She had finished in a better position in all the other five races, so in the end, her performance in Big Sugar was the one that did not count for the leaderboard.

There was a draw between Sofia Gomez and Sarah Sturm for the second position. The two friends followed different dynamics during the year but both ended up with 134 points, and as the rules said that the placing at Big Sugar was going to determine the overall result in case of a draw, Sofia, who finished 5th among the riders part of the Grand Prix, was awarded the second position in the final leaderboard ahead of Sarah, who finished just after her last Saturday.

As regards the men racing for the Life Time Grand Prix, nobody was as dominant as overall victor Keegan Swenson. When we published our halfway recap he had scored the maximum number of points over the first three races, and he continued his streak by winning Leadville 100 MTB.

He was selected to represent the USA in the road World Championships in Australia in September, and he was able to switch his focus for a couple of weeks knowing that he had already secured the overall win of the Grand Prix with one race still to go.

There were other riders that, despite not being able to match the results of Keegan, were consistent enough to finish inside the final top 10. The points system of the Life Time Grand Prix favored those who perform consistently throughout the year rather than those riders with a once-a-season great race.

Alexey Vermeulen and Russell Finsterwald, both from Colorado, made the most of their gravel and MTB abilities to finish on the final podium. Russell’s win in Big Sugar catapulted him to the third spot overall, and Alexey was able to defend his second position with a notable 4th place in Bentonville.

Just three points separated Peter Stetina (5th) from the podium, which must be frustrating for the exprofessional road rider knowing all the minor details that may have prevented him from finishing higher in any of the six races he took part in. Cole Paton was a DNS in Unbound due to some gastrointestinal issues, but he was able to perform under pressure in the following events of the series to finish 4th overall.

The last couple of rounds of the Life Time Grand Prix also brought some upsetting moments, and we cannot avoid feeling bad for Payson Mcelveen. It could have been a happy end of the season for him after many setbacks throughout the year, but an illness yet to be defined prevented him from lining up for the last race in Bentonville. 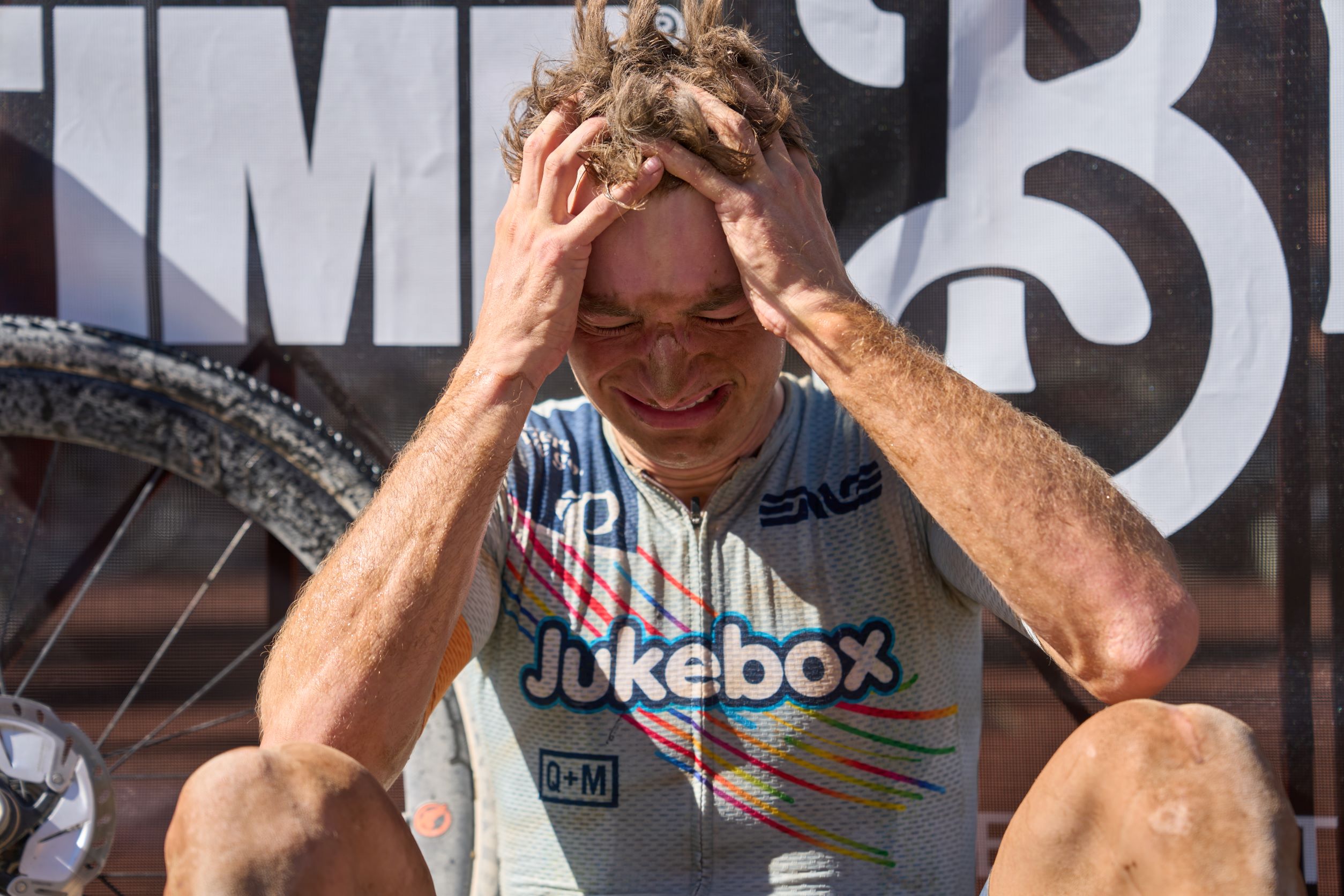 Haley Smith and Keegan Swenson won the overall series in its inaugural year, each taking home $25,000, with the rest of the top ten men and women finishers awarded portions of the $250,000 prize purse.

Even if the Life Time Grand Prix was announced only a couple of months before the start of 2022, riders and fans quickly engaged with the competition and already in the first year it has become the main goal of many off-road riders.

News regarding the 2023 edition of the Grand Prix will come in the next few weeks, and we expect a whole new generation of riders from all backgrounds to send their application to the organizers to try to be part of the series and fight for the succulent prize at the end.