It might no longer be present in our everyday lives, but whenever something related to fixed gear cycling appears on our screen it brings a smile to our faces, reminding us of those old good days with races all over the world.

Rad Race has never stopped promoting fixed gear cycling since its inception in 2014 and one of its events, the Fixed42 WC, took place last weekend after a three-year absence.

On July 3rd, more than 200 riders from all over the world lined up to race 42 kilometers through Berlin. With the roads reserved exclusively for them, riders could make the most of their minimalist machines and ride at speeds that one would not think can be reached on a bike of this type.

Fixed gear racing often refers to short laps full of sharp turns that accentuate the handling skills of the riders, but the Fixed42 WC put participants in the complete opposite situation. 42 kilometers without braking and spinning the legs at a high cadence. Risk aversion was nowhere to be seen on the start line, and all riders pushed hard even aware that a minor touch of wheels at over 45 km/h could end up very badly.

Given the scarcity of well-known fixed gear events on the present calendar, this race was a big goal for all those athletes that continue experiencing fixed gear cycling in a competitive way. People coming on their own, groups of friends that gathered in Berlin, and proper teams looking for a big result were part of the international start list.

On Sunday at 9 am the unofficial fixed gear world championships started in the outskirts of the German capital. This year the five-lane wide highways were replaced by some less frequented rolling roads, including some turns in the Grunewald Forest that made the first part more exciting.

It is not easy to organize a race that goes through the streets of a major city like Berlin and unfortunately, a human error led riders from the breakaway and the chasing group of the men’s race to the wrong lane and hampered their result. The roads right next to the official track were also closed to traffic, so no riders were at risk and they could go back and finish the race. 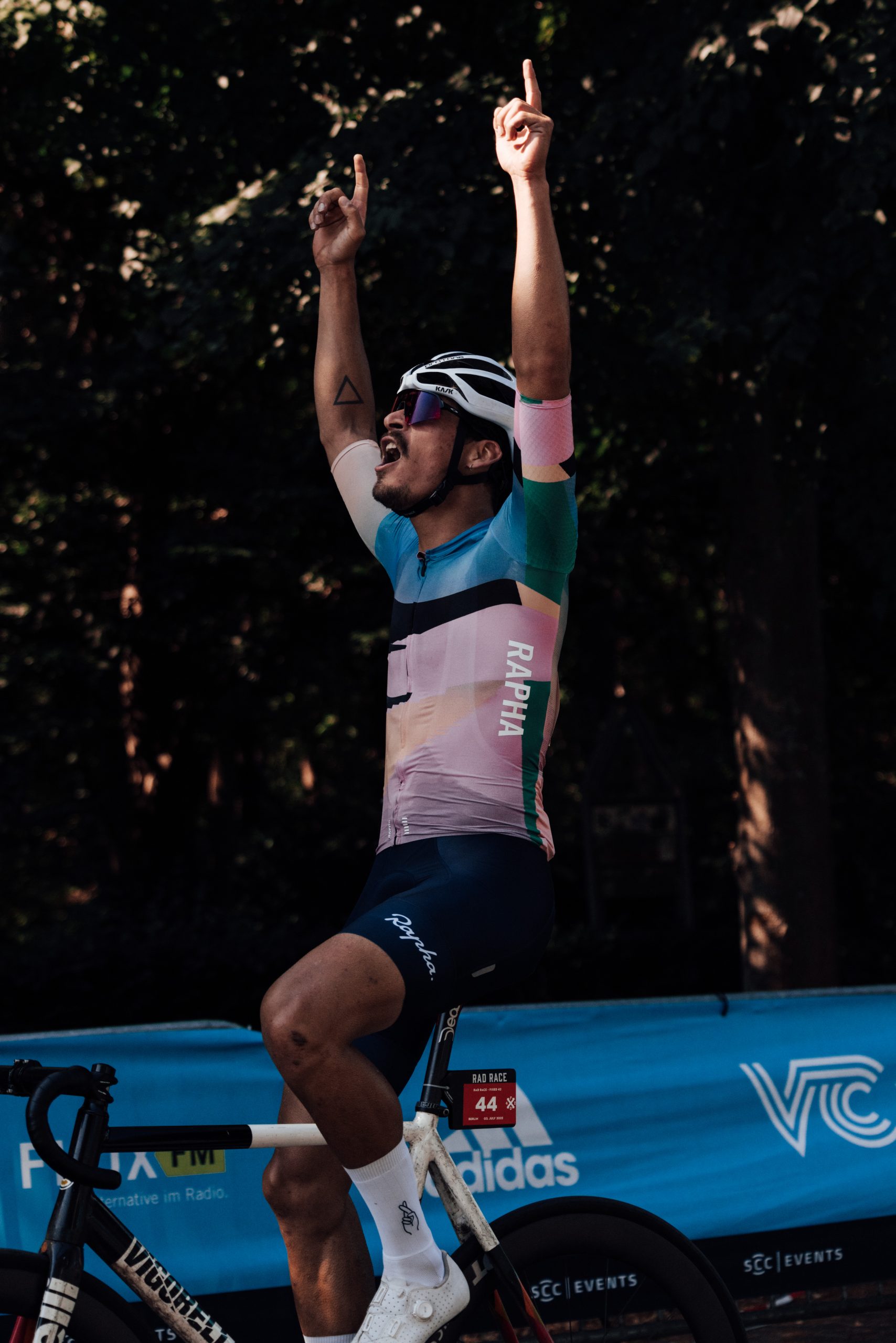 In the end, it was Hugo Foulon from France who crossed the finish line first, crowning himself as the 2022 unofficial fixed gear world champion.

30 women gave it all, and among them, Michelle De Graaf was the fastest in the sprint. She is one of the most well-known riders in the fixed-gear world given her win record, and these races are still a big goal for the rider from Team Look Crit.

The fastest three times per team were added together to come up with the final team result. The Italian team Tºred Bikes, with eight riders on the start line, can now say that they are the unofficial world champions.