The exact route of the Tour de France. Every stage from start to finish, including all the transfers, and in an unsupported way. The kind of thing that Lachlan Morton was born to do.

We are all aware of what Lachlan accomplished back in July, and the long wait for the film to be released is over as Rapha has just published the latest “Rapha Gone Racing”, this time about the Alt Tour.

The figures are incredible. He rode 5.510 km in 18 days, unlike the 3.383 km of the “standard” Tour de France. In order to do that, Lachlan was pushing the pedals for around 12 hours a day, accumulating 225 hours of riding time. He also climbed an additional 20.000 meters on top of the elevation gain of the race, which made it a total of 66.000 meters gained. 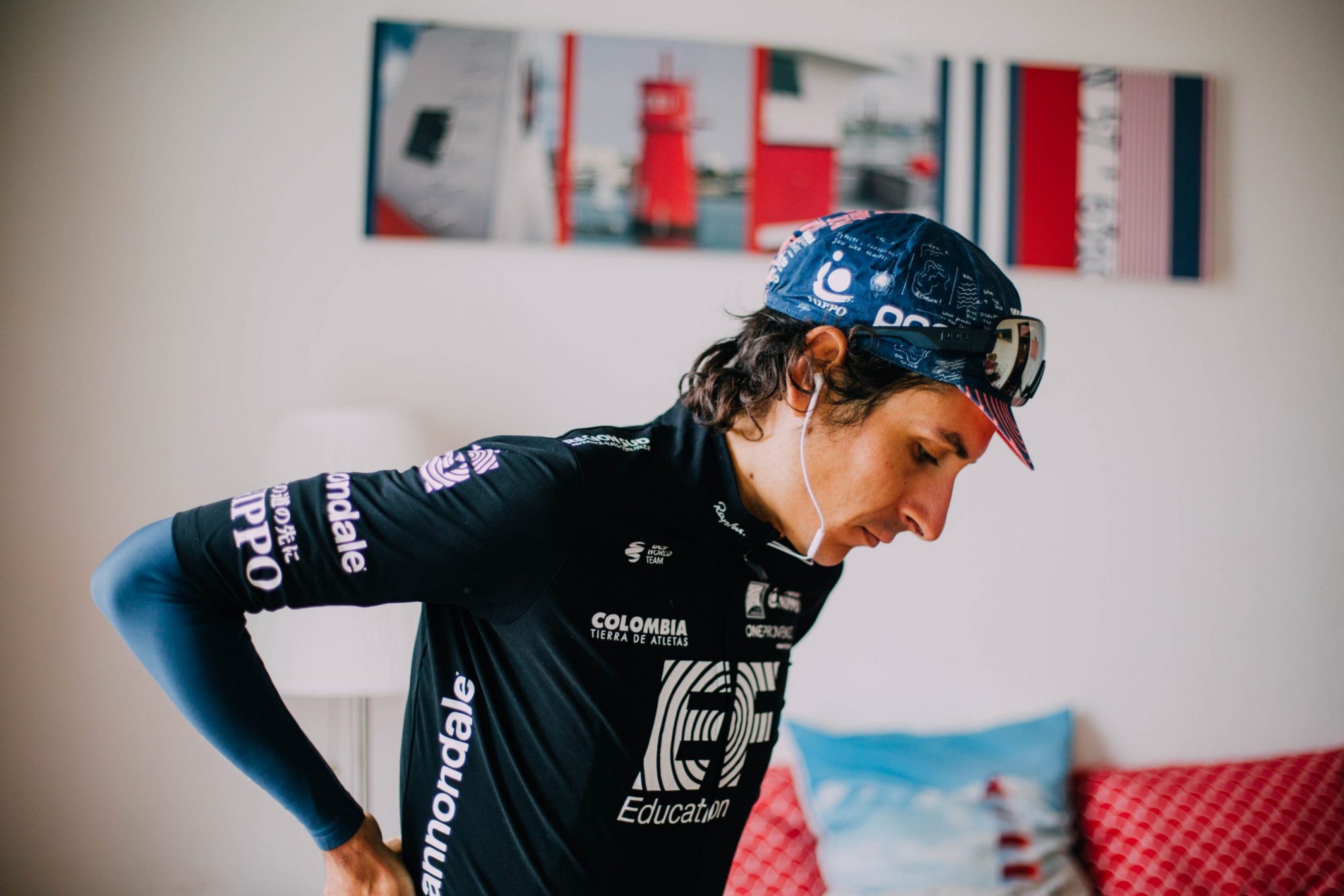 What he did was seen as a huge achievement not only by fans of the sport but by fellow professional riders too. During the film, one can see scenes of teammates following his tracker and paying close attention to his progress, all this while riding in the Tour. There is mutual respect between them, but in the same way that other teammates would never consider doing something like this, Lachlan’s nightmare is to lead a team in a Grand Tour, with the responsibilities and pressure it entails.

He prefers to enjoy the freedom and ride without a strict plan to follow. To make it into professionalism he had to adopt an obsessive and performance-oriented mentality, but nowadays he is just trying to find new ways to push himself.

He started in Brest after the official Tour de France, but it wasn’t long until he left the caravan behind, being even ahead of the people in charge of putting up the fences and other signage. When he was a couple of days in front of the peloton, he could already see the fans on the side of the road, getting ready for the race to come. 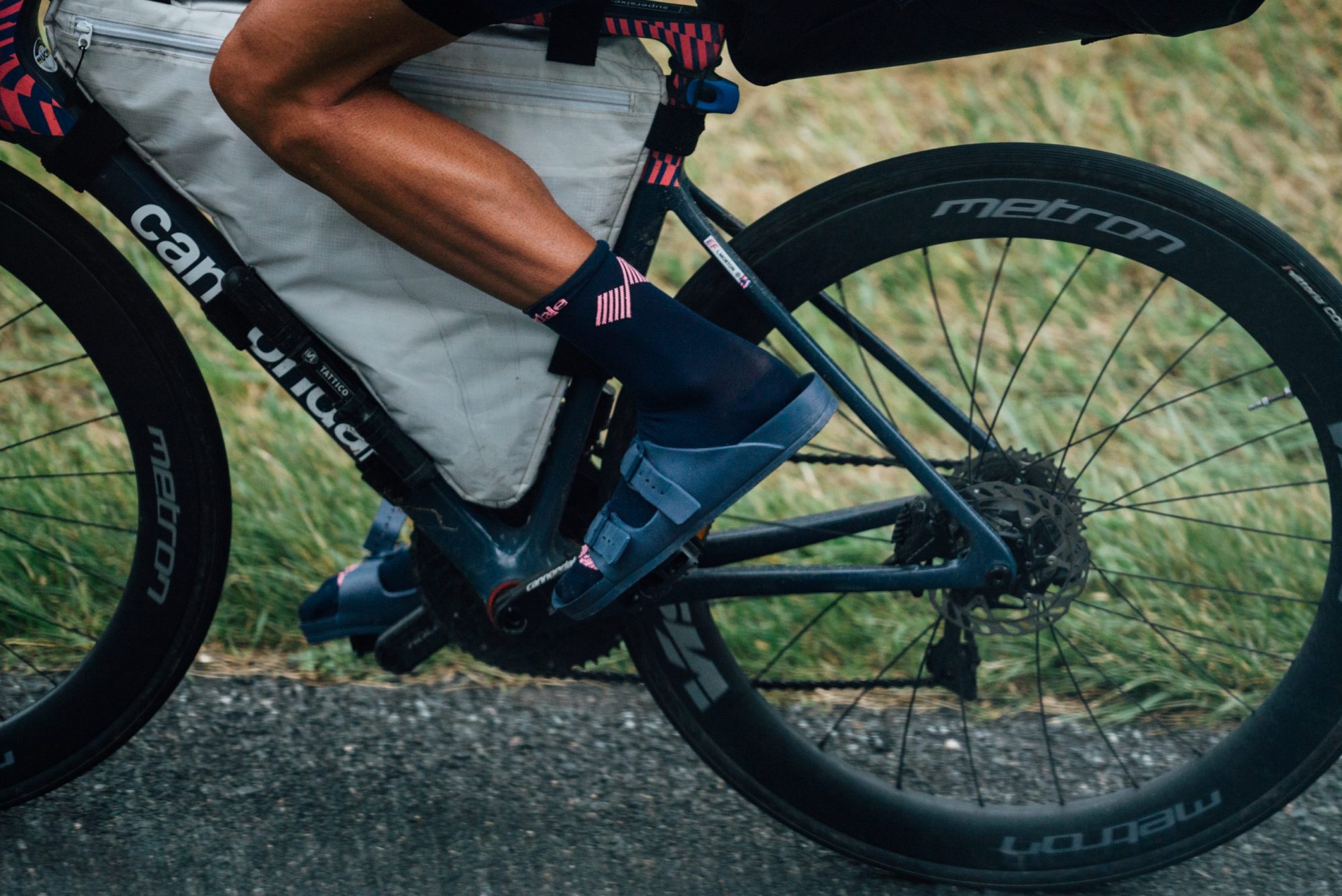 The sandals he had to wear for most of the challenge are now world-famous. His knee was already hurting on the first day, caused by some misplaced cleats. The rider from EF Education – NIPPO thought that riding with flat pedals would alleviate the pain, and went to a store looking for them. In the end, he had to buy a kid’s bike just to get the pedals, as it was not possible to buy them separately.

With that look that differed so much from the aesthetics of a professional rider, he kept on pushing, and although he eventually tried to put back his road shoes, the blisters caused by the amount of time riding in that unconventional way left no choice but to continue like that. Sandals all the way to Paris! They were upgraded along the route, with modifications that included adding some carbon insoles handed by a dot watcher.

The weight of his camping gear was a clear handicap during the climbs. Lachlan had to carry all his food too and, during the video, one can see the range of culinary delights he bought as ride fuel: ready-to-eat dishes, a lot of choco milk, and even some beers for a slight buzz. 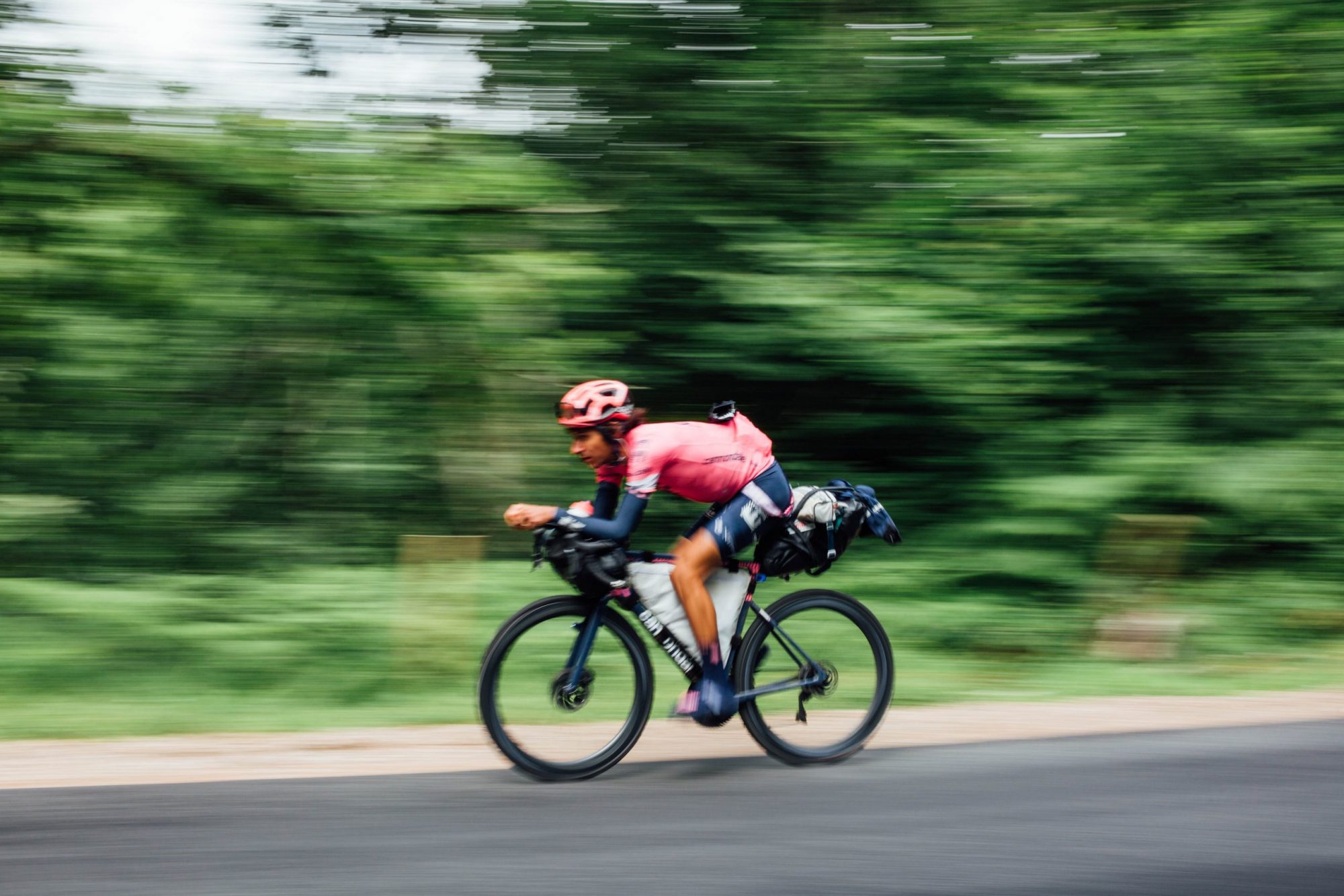 There were some amazing mountain landscapes in the Alps and Pyrenees, tackling the climbs at different moments of the day and appreciating the beauty of it. Nonetheless, there were also long, flat stretches through the French farmland, and periods of silence and loneliness.

As the days passed by, Morton started putting a big gap between him and the race, but he still needed a decent buffer to ride the transfer from the finish line of the second-to-last stage to Paris on time. Those 700 km through the middle of France had no particular appeal, but his father came all the way from the United States to see him and rode next to him during some moments of that last stretch.

Same as his father, random strangers rode with Lachlan along the way. Some joined him for only a few kilometers, others for an entire day. He could feel the difference when tackling a tough climb together with a group of people or by himself, because during such an effort the good moments, when riding alone, can be more appreciated but the bad moments are undoubtedly more difficult to overcome. 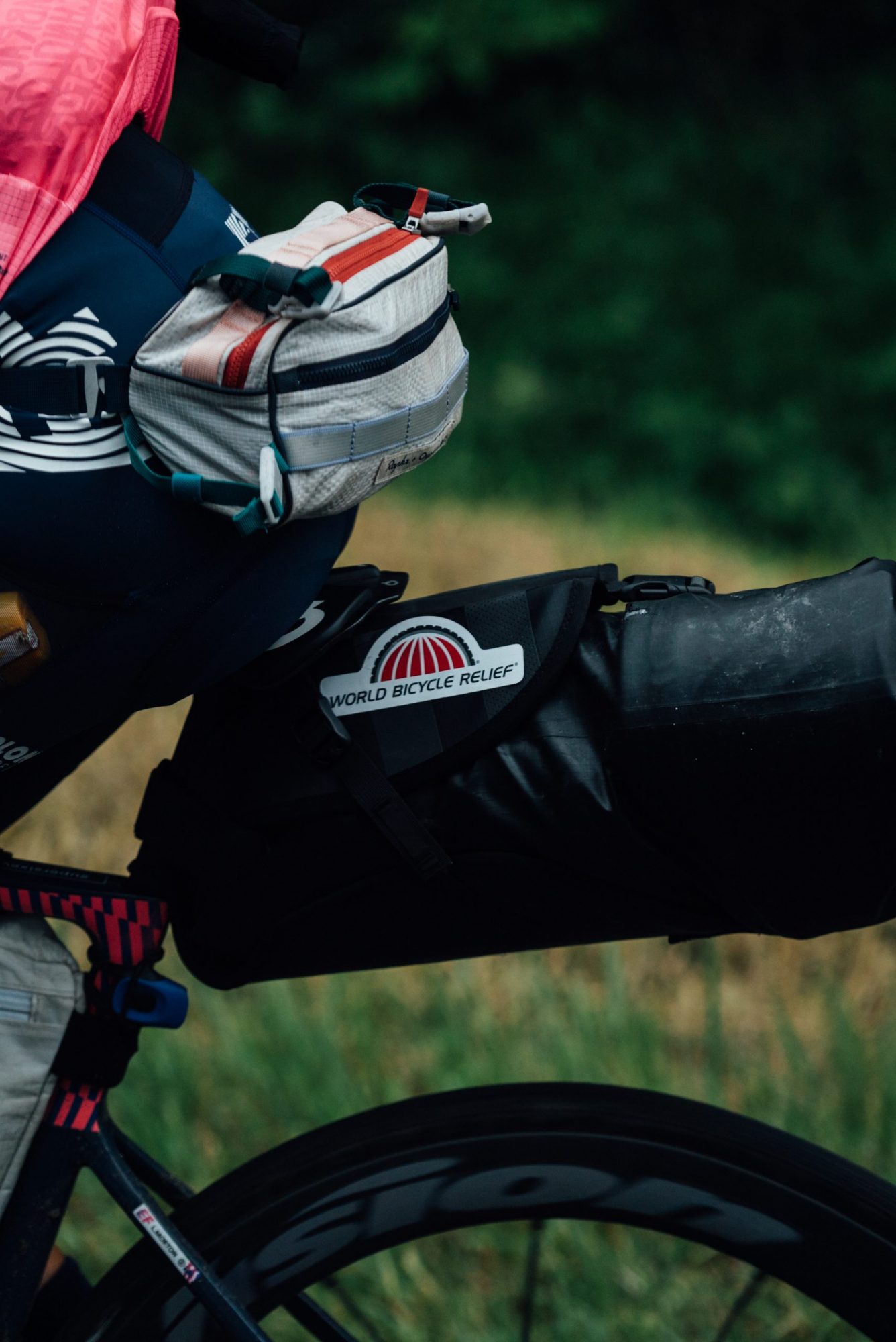 In the end, Lachlan beat the peloton to Paris with five days to spare, raising funds and awareness for World Bicycle Relief in the process.

Rapha and EF Education First combined to donate 1.000 bikes to World Bicycle Relief before inviting those following Lachlan to support the cause. With help from fans around the world, Lachlan managed to raise over £500.000 and counting.

The first round of donations will support communities in Colombia, with World Bicycle Relief’s specially designed Buffalo Bicycles scheduled for delivery in early 2022, accompanied by community-supported programming, training for mechanics and spare parts to keep bikes running for years to come.

In case there were still any doubts, The Traka was…

The exact route of the Tour de France. Every stage…