Kyrgyzstan, like other countries of the former Soviet Union, is synonymous with vast continental expanses, sparsely inhabited and almost inhospitable territories. A perfect place for a race without stages, of fixed route, without refreshments. Almost 1700 kilometers to test the best ultra-distance cyclists.

On August 17th the second edition of the Silk Road Mountain Race will take place, a race only suitable for people with experience in mental and physical endurance. For more details, you can check Koomot’s tracking on his website, almost nothing!

This race is a true demonstration of this phrase, the enormous distances between checkpoints, gravel roads, and trails, the altitude it reaches (4000m at the highest level), snow, low temperatures, loneliness, lack of oxygen …. all the ingredients to be an extreme challenge for a human being on a bicycle.

Mike Hall: “Nothing that’s worth anything is ever easy.”

All this is summed up in a challenge without support in a remote place, with a total ascent of 27,000 m of unevenness through old forgotten Soviet roads. This kind of effort reminds us of other times when the cyclist was a hero when the challenges were epic and self-sufficient.

From 2018, the first edition of this epic race we are left with one fact: only ⅓ of the riders who took the start could finish, what a hard one! Checking the list of participants we found a surprise, our friend Carlos Fernández of Hamburg would be one of the brave runners who participated in SRMR. We met him at the Berliner Fahrradshau a few years ago, and since then we have followed Carlos and his brilliant work as a passionate photographer and cyclist. 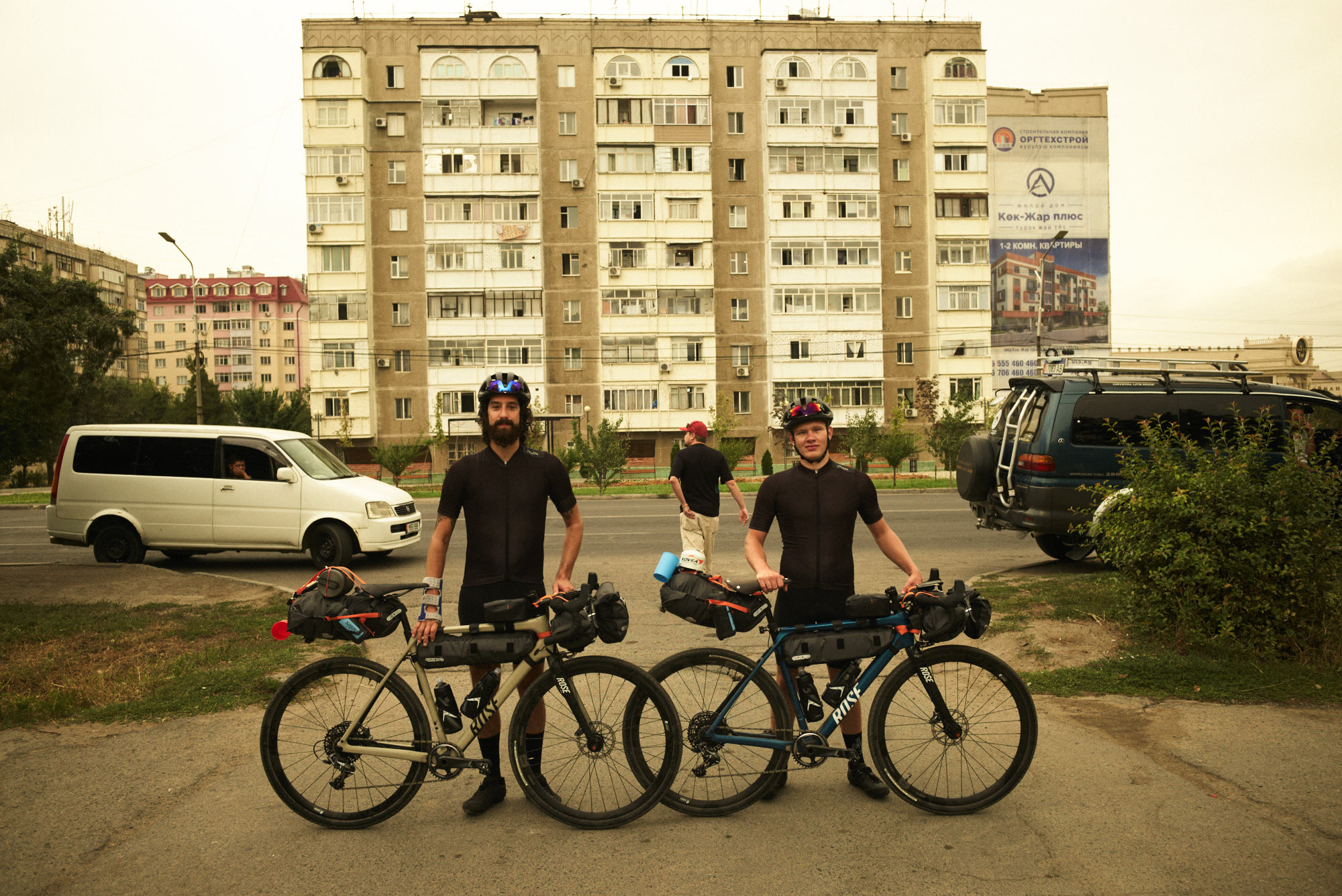 We took the opportunity to have a privileged witness of this incredible cycling experience and his point of view.

“Need of adrenaline, adventure…curiosity about this old ex soviet country and landscape. and it’s the absolute opposite of Japan (after doing the japanese odyssey in 2016).

I stumbled across the race quite at the beginning of the registration period. i called Philipp and asked him: -Hey, shall we do a bike ride in kyrgyzstan?“ he was all in right away :)”

“My partner was Philipp (Lee Heidrich). we met over the Hardbrakers project and became great friends. He was with me at the japanese odyssey and we also work together. he is a great filmmaker!”

Kyrgyzstan and the toughness of SRMR

“Kyrgyzstan is mindblowing, the landscape/nature is so untouched and rough. you are literally far away from any city as soon as you arrive at the mountains. and the people are sooo friendly and their hospitality is endless!”

We weren’t riding on “full snow” but passed snow fields and had some snow while riding. but general, riding at -6 degrees celsius is not fun if you are prepared for 0… :)

The race it is tough. the ground can be from smooth gravel to downhill mountain bike rock fields which is no fun without suspension and 42mm tyres on a carbon frame, the altitude got a bigger problem from than expected. the lack of oxygen slowed me down a lot” 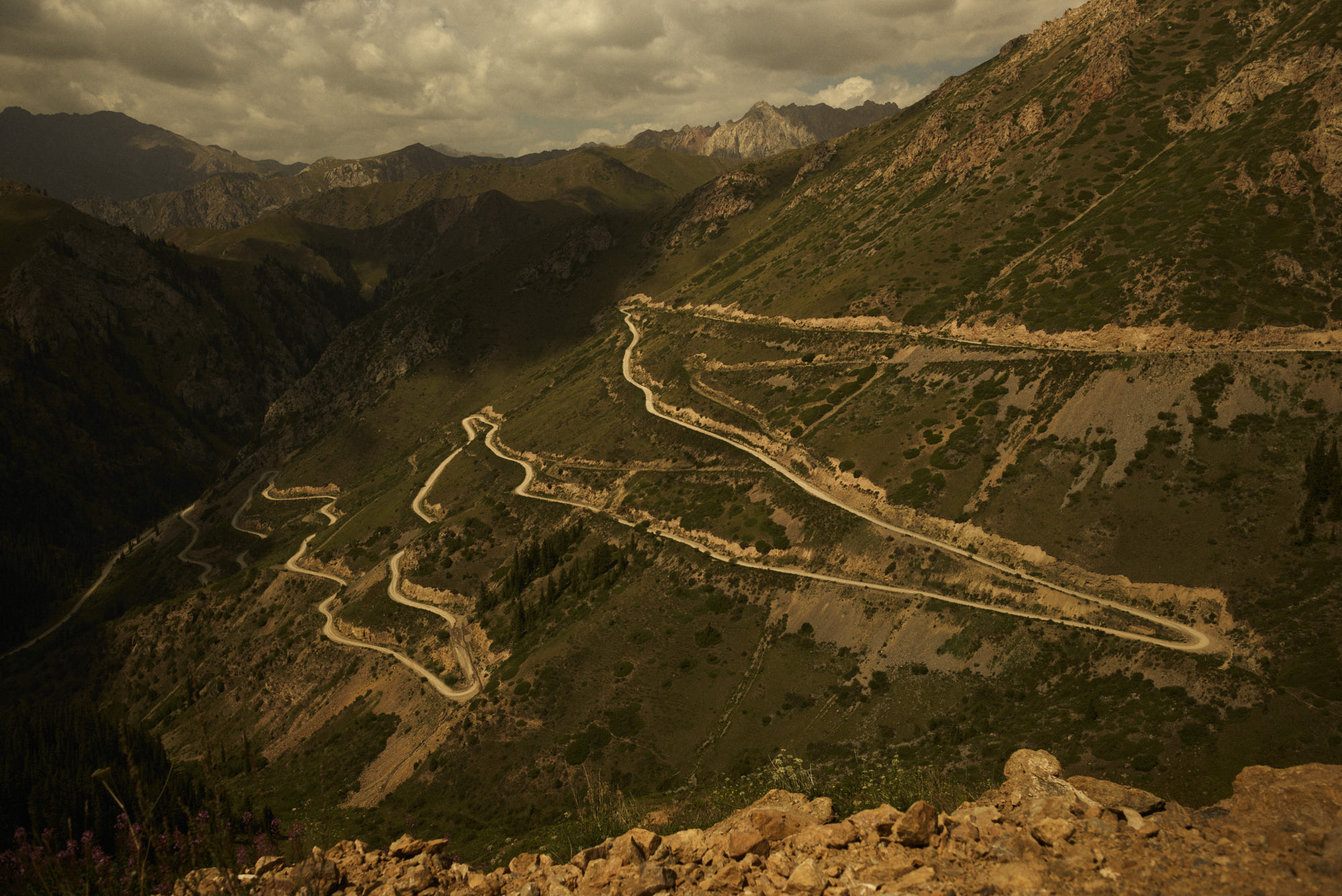 Troubles that can happen in this kind of challenge

“Philipp became sick on day 4. we first thought it might have been a heat stroke from the plus 40 Celsius the day before. But also after drinking, eating and resting (the first full meals since the start) in the first city we crossed, it didn’t get better. We managed to arrive at a checkpoint on at 2:20 am, after being on the road for almost 20 hours. The checkpoint was a Yurt Camp at 3000m above sea level, we put ourselves down and hoped that Philipp would feel better after some sleep, I woke up at 6 am and felt pretty good, I looked over to Philipp and his face and limbs were swollen. he was lying at the same spot for 12 more hrs with a few moments of consciousness for food, water, and a short talk.

Next day it became better and we managed to ride to Naryn, the closest city, where he was fully recovering.”

“I wanted to document the journey all the way, even with all the efforts and beatings on my body. You kind of get into a shutdown mode when you are crazy exhausted and suffering on the lack of oxygen, but the mind has to keep the need of grabbing the camera up, that worked pretty well with all this beauty around.”