Living in the Netherlands has plenty of upsides but, unfortunately, it is not the place to be if you enjoy climbing when riding your bike. To compensate for that, one can choose to travel abroad, which on many occasions allows you to discover new places and to do things that seem impossible in your region. This is why we all love to escape from our hometown in search of new experiences, but in circumstances like these, one wonders if they will be able to cope with the steep roads or trails after several months locked at home. Nonetheless, we always look forward to the next challenge no matter how difficult it may be at first. 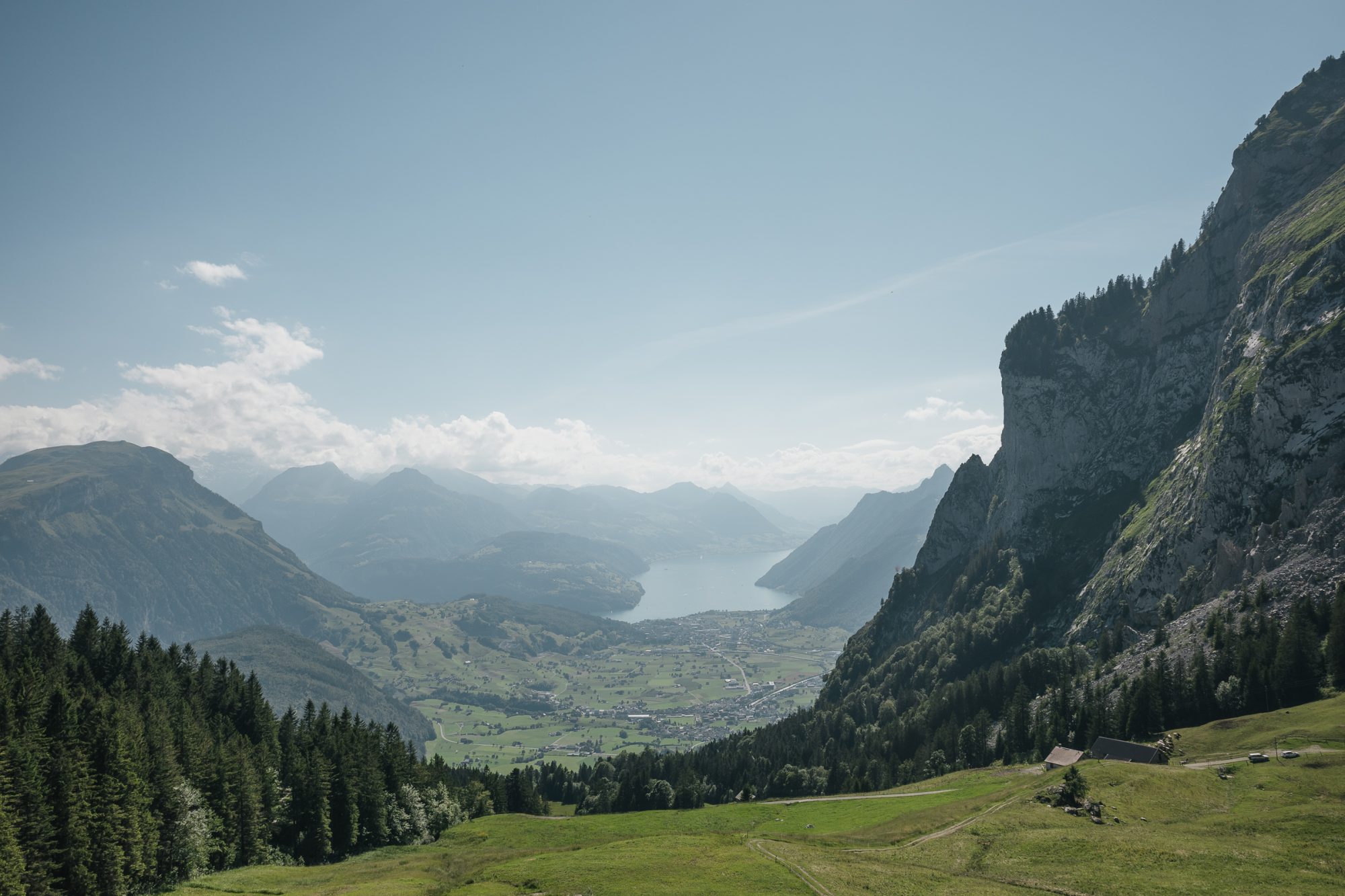 A few weeks ago, Iris Slappendel and Yorit Kluitman left behind the flat roads of the Low Countries to go on an adventure to Switzerland, a place well-known for its slopes. Both of them are graphic designers, and their love for the bike is another aspect they have in common. Iris is a former pro cyclist and the Executive Director of The Cyclists’ Alliance, the independent group that supports the female peloton and represents their interests when dealing with teams and organizations. Her foundation has played a key role to promote positive changes for women’s cycling.

Knowing the amount of work that she and her team have recently had to deal with as regards the compliance of COVID’s regulations by teams and organizers, this trip sure gave her the fresh air and energy she needed to face the following weeks. It is also clear that these adventures boost creativity and bring new ideas, something very valuable for her personal and professional life, like the I R I S project she started in 2017.

During her time in the professional peloton, she enjoyed the collective success in the teams she raced with but also was able to get some relevant individual wins, including the 2014 national road championship. She shared teams with current superstars Marianne Vos, Annemiek Van Vleuten or Ashleigh Moolman. One of her former talented teammates, Emma Pooley, was the host during the weekend and she showed them her backyard.

“Knowing that a ride with Emma wouldn’t be a spin in the park, I made sure to be prepared. I brought enough Snickers, sandwiches, inner tubes, chocolate, coffee, wine gums and wine (you know, basic essentials!) to survive two days. Emma had sent me fifteen different route options the week before to make sure I was completely confused and in the blank of what was exactly the plan of our trip. Fortunately, she brought a bunch of friends along, which reassured me I wasn’t the only one she had to wait for on the climbs”. 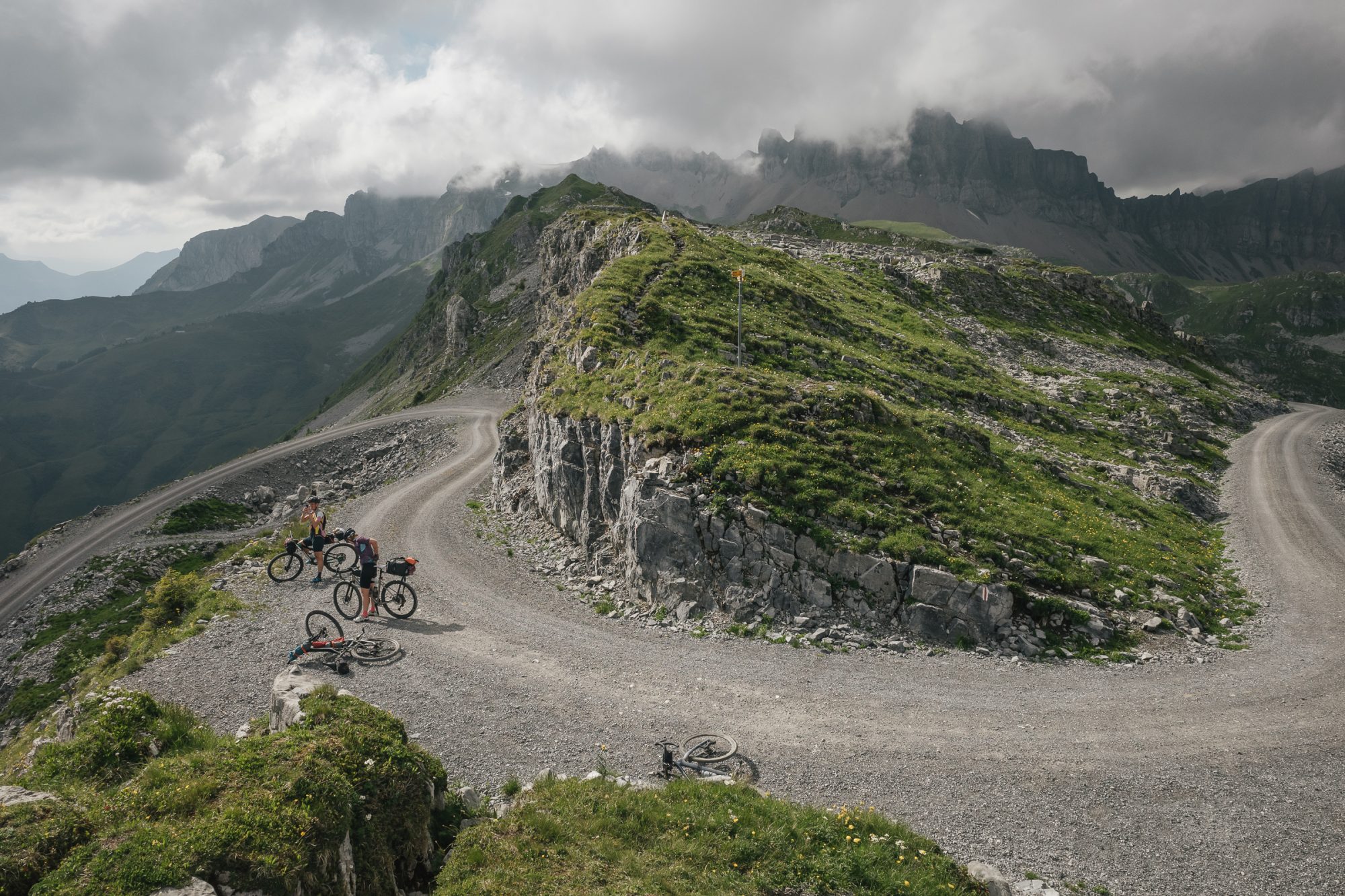 Departing from the small village Hausen-am-Albis, close to Zürich, they organized an overnight off-road ride that went through Muotathal up the Chinzig Pass and back. Being aware of the varied surfaces they would face, some of them chose a gravel bike whereas the rest opted for proper mountain bikes. They set the campground a few kilometers past the top of the climb, where they could witness nightfall come. 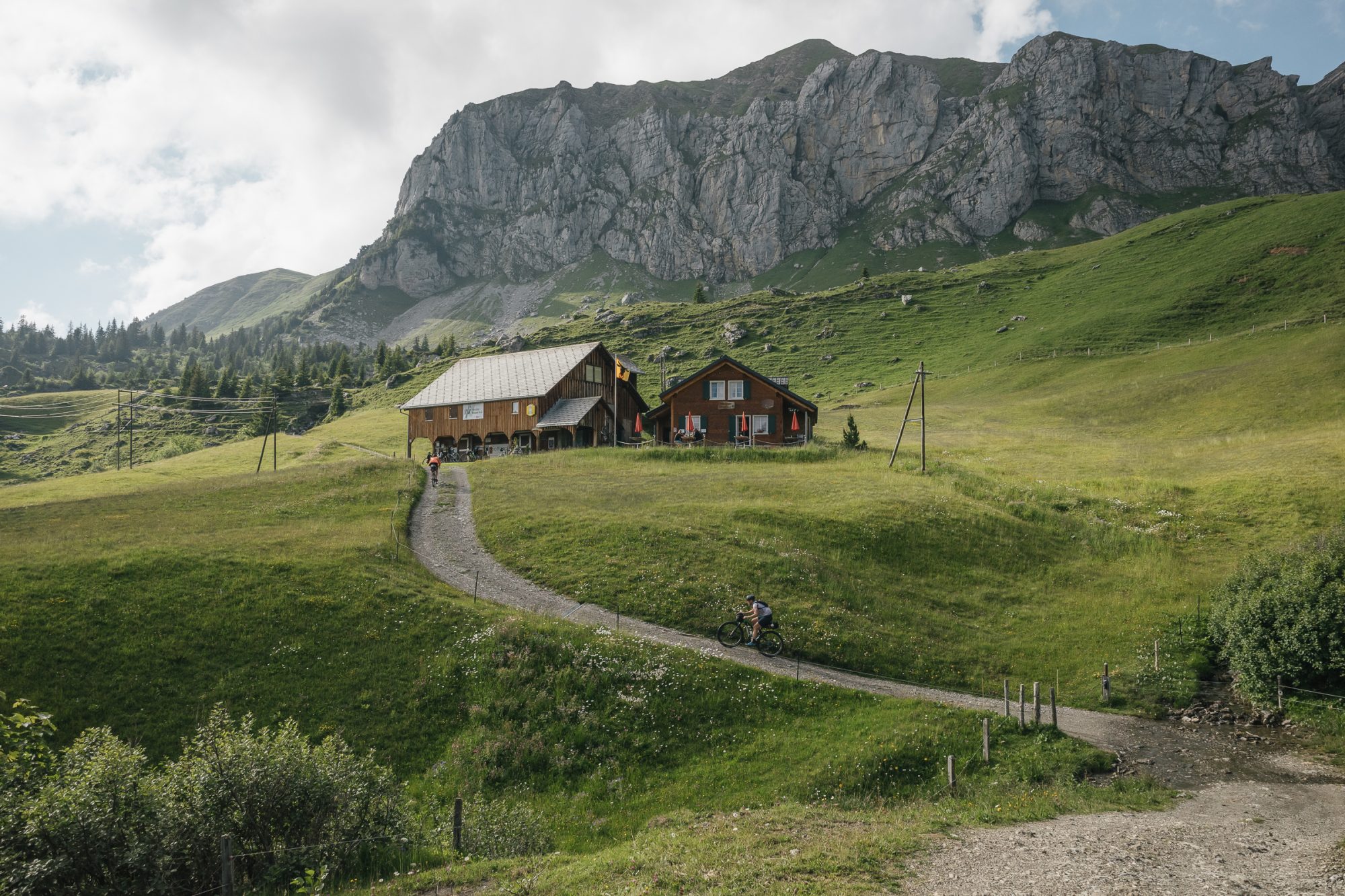 The Muotathal area is an impressive green valley full of trails that pass through forests and waterfalls, where the joy of riding through the meadows offsets the pain in the legs caused by the elevation gain.

“This country is so clean, organized and pretty it almost hurts your eyes. And the views only got better, proportional to the number of meters. The Chinzig Pass is long and high and impressive! Finally, we could drink that wine that we brought all the way up, in the cozy company of many (bell ringing) cows”.

The second day was not simply a matter of doing the previous ride backward, and it involved a lot of hike-a-bike but, once again, the views made it all worth it. Some say that what goes up must go down, but it doesn’t always work like that. They accumulated close to 5.000 meters of elevation gain between the two days, something a local of the region could be used to but not people who reside in one of the flattest parts of the continent.

“It was great to get some new friends on this short trip. You don’t need to race years together to bond, this can clearly be done in two days of biking-adventure!”

A dose of gravel riding and climbing is needed from time to time, and the lucky ones that are able to go out and choose which bike or terrain to ride should never take that for granted. Get inspired by Iris’ collection on Komoot and start planning now your next adventure.