After a few weeks of lockdown and despite seeing the cycling season project cancelled, many are still training relentlessly at home. However, training plans have changed, as it is not known when competitions will resume and, given that it will be difficult to return to normal, perhaps the 2020 road and MTB season will be overlapped by the cyclocross season that begins in the autumn. So we have taken some time to look back at last year’s CX season in Catalonia, Spain, which could become the new escape route for all frustrated cyclists at home.

September for many is a month that does not feel like it, as it means the end of summer and the beginning of cold and rain. But, for a few, it means the beginning of the long-awaited CX season that lasts until the end of winter. In Catalonia, a region situated between the Mediterranean and the Pyrenees, by then this atmosphere is already beginning to be chewed: the smell of cut grass, mud, sand, planks and tubulars. Everyone is anxious to line up a bib, hear the starting whistle and start rolling at 180 ppm. 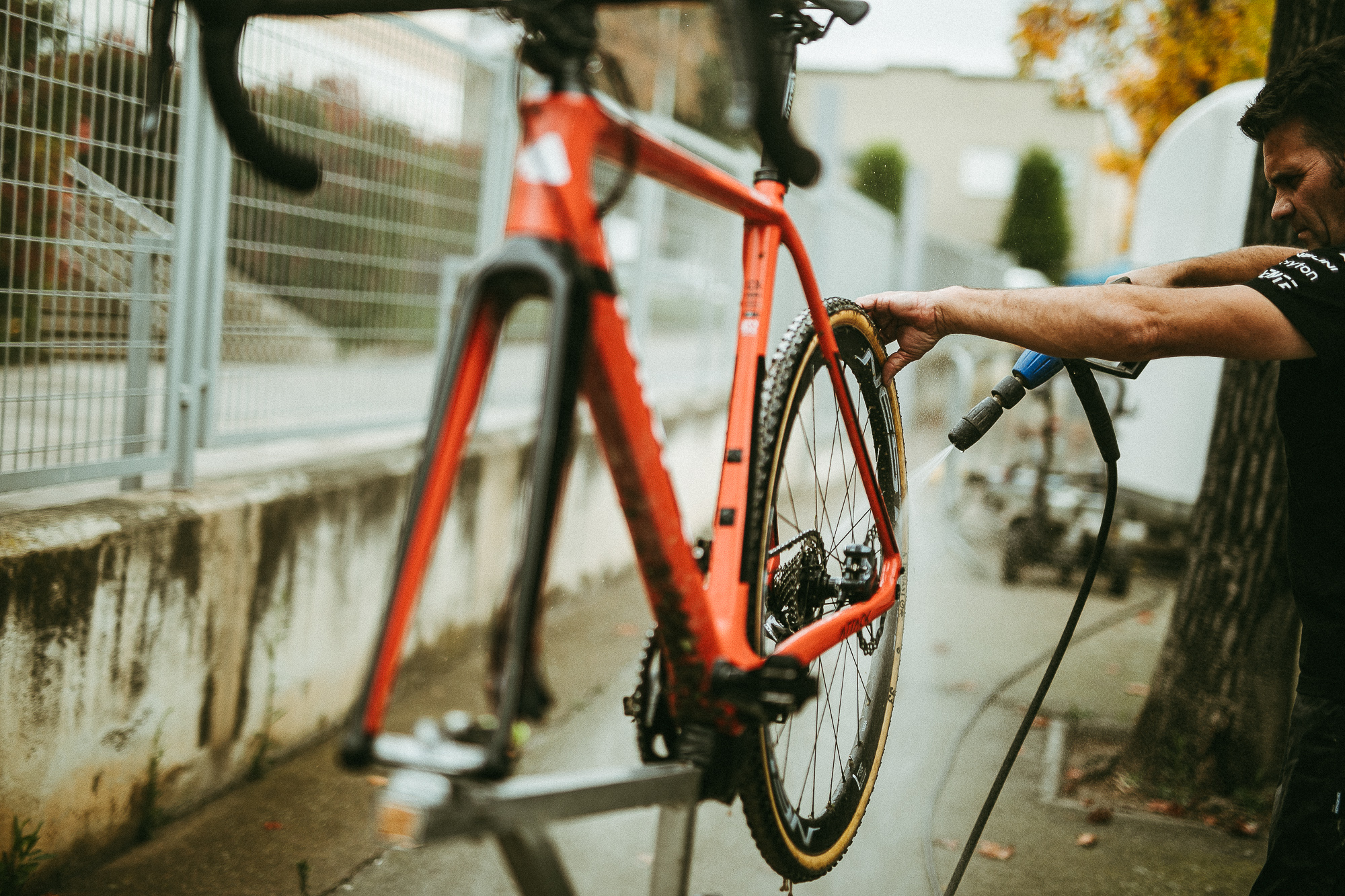 A day at the Catalan Cup is no different from any high-level cyclocross event, although it is certainly more familiar and friendly. It starts with an early Sunday morning, to get to the circuit early and do a few laps before starting. Some take it easy and go the day before with their vans and caravans, to make the cyclocross a trip with family and friends. Then it’s time to get ready, eat a bit, rest, get the bike ready and choose the set of wheels: mud, mixed or dry? First the master 40, 50 and 60 run, which sometimes meet the icy circuit, then go the girls, the juniors, cadets and early categories. A break is made, and the 5-year-olds who are having the time of their lives come in. In the end, at 12.30 pm it’s time for the elite and under-23s, followed by the master 30, which are guaranteed show and war. All this in a pleasant atmosphere, where familiar faces meet week after week, friends outside the circuit, but rivals during an hour of pure explosiveness and competition.

This year, the Catalan Cycling Federation organized a cup consisting of 14 races, 3 of them international in the C2 category (Les Franqueses, Manlleu and Vic), between October and December. The season started even with the remnants of summer, hot days, dry, dusty circuits and full of stones, in the purest XC style. However, as the cold and rain came in, the landscape changed and the mud tubes were gaining presence in the races. Each circuit is different and special, with a characteristic feature: the slopes of Les Franqueses, the wall of Vic, the river of Santa Coloma de Farners, or the endless bends of Sant Joan Despí.

The 2019 Cup was especially interesting because of the incorporation of new circuits such as La Seu d’Urgell, a circuit in the heart of the Pyrenees and with green fields, the Hospitalet de l’Infant, with metres and metres of beach sand, and the DarkCross in Les Franqueses del Vallès at night. Another pleasant piece of news this year was the participation of road cycling professionals, such as Marc Soler and Luis León Sánchez, or former MTB professionals such as Oliver Avilés and José Hermida. These were the protagonists of non-discreet performances and found a more relaxed and familiar discipline to which they may be accustomed. Furthermore, we should not forget the participation of cyclocross professionals in international competitions, such as Felipe Orts who flew in all three events, Ismael Esteban delivering tar, Kevin Suárez, Dieter Vanthourenhout, Yannick Peeters or Tomás Misser.

The general classification of the Catalan Cup was won by Albert Poblet, Marc Romero, Veerle Cleiren and Júlia Pujol, in the corresponding elite male and under 23 categories and elite female and under 23 categories. On the other hand, the winners of the Catalan championship, which took place on 22 December in El Morell, were Tomás Misser, Pau Costa, Veerle Cleiren and Júlia Pujol, respectively.

The perfect culmination of the season was on December 28th in Les Franqueses, where we could live a very special night thanks to the first (and hopefully not the last) edition of DarkCross. It was the first night CX race organized in Spain, which took place in a totally festive atmosphere, surrounded by torches, lights, smoke, fog and music everywhere. In addition, people dressed up with Christmas motifs, lights on the bikes such as Christmas trees, and a bunny-hop contest were organized in the purest “veldrijden” style. In short, a real homage to the cyclocross in its pure state. 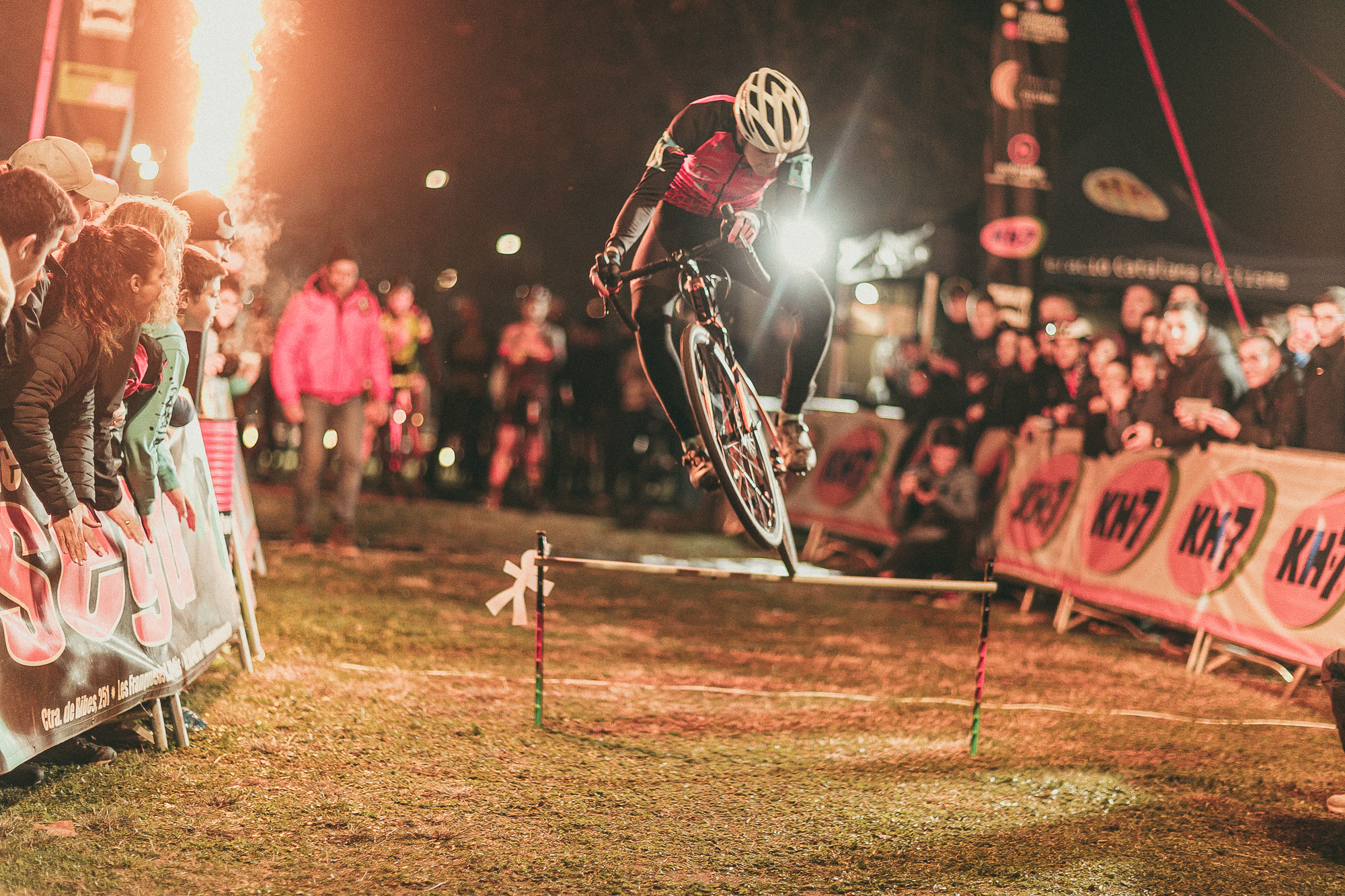 Now that we remember it from home, the cyclocross season in Catalonia left us with a very good taste in our mouths. Nobody knew at the time that this would be the last period of competition for a while, and that does not mean that we did not enjoy it fully. Now we can only wait and count the days to wear a bib again. Although it is still missing, maybe this year in September it will return to normal and the CX will become the discipline in which to compete. In Catalonia, this will not be an exception, and there are already many who are waiting for the season to begin again.

Watching a Dutch rider in the front of a race…