A non-competitive race, simply compete against yourself. No podium or medals, just a great physical and mental challenge. For all the lovers of ultra-endurance cycling events, The Japanese Odyssey (TJO) has become a Must marked in bright red in the calendar. TJO is not a race, it is a demanding self-supported adventure through the remotest lands of Japan. There are no rankings or finishing times, successful riders will be those who accomplish the course passing through the mandatory checkpoints and segments within the fixed time.

“The Japanese Odyssey is about an idea. An idea firmly entrenched in our head and our heart. For the last six years, we have dedicated all our efforts to dream up an event exploring the wilderness of Japan. Our ambition is to put different cultures together and to show how positive things happen when people explore the world. Last year, 53 entrants (amongst which 10 from Japan) from all over the world registered and discovered the country. It is always fantastic to see how a common passion shared by people from all over the world, and not necessarily understanding other languages, creates a bond without comparison. Japan is a great country for riding. However, it is always difficult to assess the number of riders who will make the trip to Japan.” Emmanuel and Guillaume, TJO organizers. 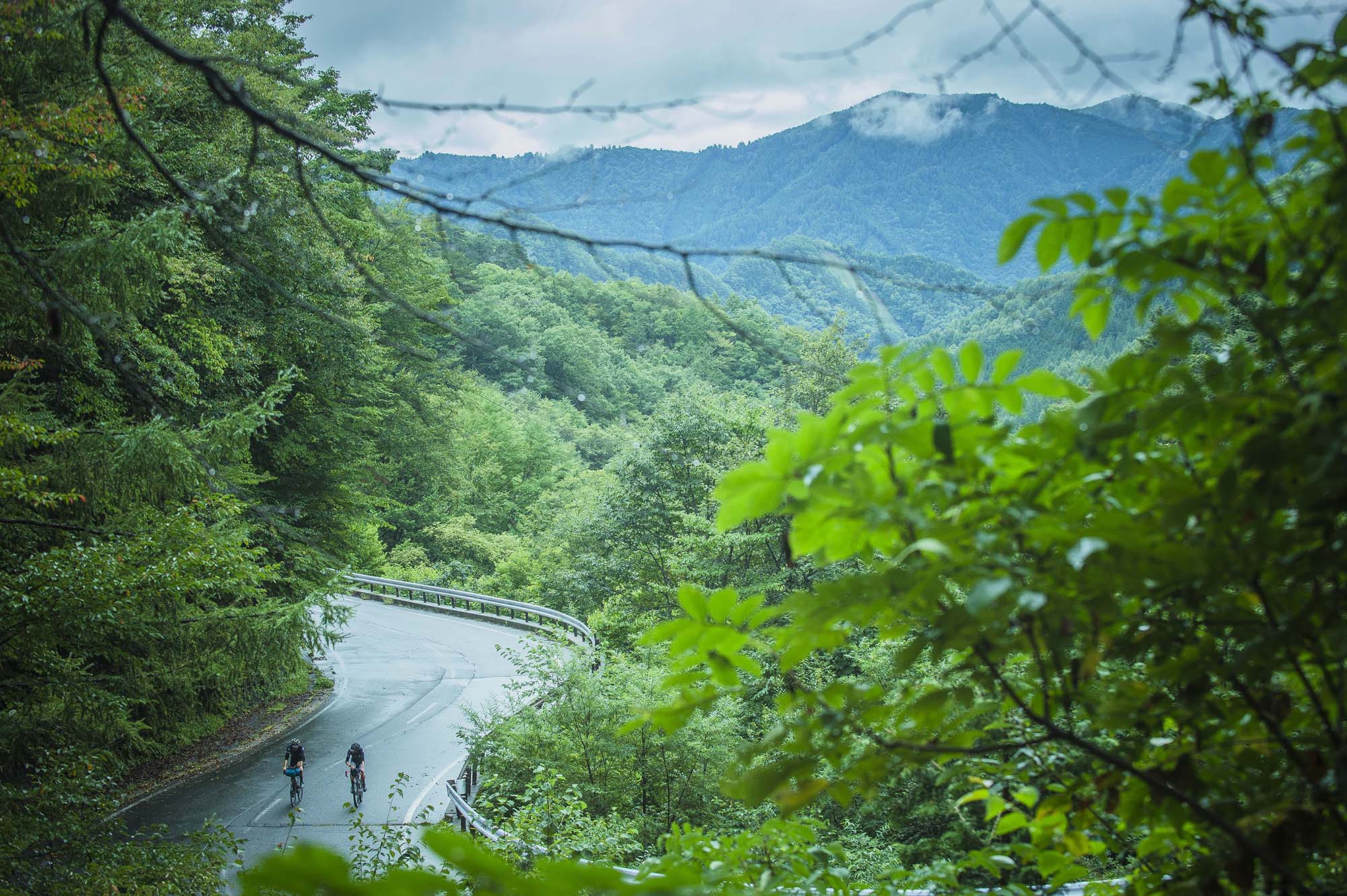 TJO started in 2015, and during these 5 consecutive editions, it has had an exponential evolution. The first one started with no sponsors or partners and with minimal publicity and communication of the event. Only 4 pioneers answered the organizers’ call to cross Japan from north to south (from Sapporo to Kagoshima in approx. 3.200 km and 25.000 m vertical ascent). During the years TJO has embraced different themes, such as the Nihon Hyaku-meizan (a book listing 100 mountains) or remote secondary roads to get lost. With that, the route changes for every edition and makes it more attractive for participants to register to this well-established ultra-endurance unsupported event.

On Monday (May 11th, 2020), the organizers of TJO announced that, due to the COVID-19 restrictions, this year’s event will be canceled. Even though this does not come as a surprise, it was a real disappointment since this edition was certainly promising as well. Some weeks before this announcement we talked to the organizers and they mentioned that they were already considering canceling since they could not guarantee the participants’ and local inhabitants’ health.

This edition’s theme was inspired by the Japanese poet Bashō and the narrow road to the deep North. The participants would have departed on September 30th from Kagoshima, in the south, to Hachinohe, in the north. The route was planned for a total of 11 days and counted with several mandatory segments and 15 checkpoints. All of that along 2.400 km submerged in the mystic Japanese landscape, deep and foggy forests, small villages, tiny roads, relentless climbing, and true solitude. Despite mesmerizing landscapes were promised, since the route passed through the Japanese Alps region, among others, postponing the event was not even considered because some passes might be already closed by late October. Thus, we will have to wait for the 2021 edition.

James Robertson and his experience in The Japanese Odyssey

Looking back on the 2018 edition of TJO, for instance, is something we can do while we wait for 2021, the event had a well-defined theme, the small forest roads of Japan (rindō in Japanese). The checkpoints (a total of 12) and mandatory segments were designed to force the riders to pass through many rindō (a round trip from Tokyo of 2.600 km and 32.000 m of vertical ascent) so that they could enjoy the magnificent colors of the Japanese fall, while still enduring some truly demanding climbs.

James Robertson is a skilled photographer based in Edinburgh that participated in that edition as a rider, being part of the Detour project by Apidura. We had the chance to ask him a few questions about why he chose to live that experience and what he learned from it. An adventure that he had the chance to ride but also to document with great shots of the route.

You are typically the one taking photos from the car in ultra-endurance events. How did you end up participating in TJO 2018?

“I think it was a photographic need. I have spent the last few years documenting ultra-distance cycling and while I was capturing images I felt like I was missing something.

Apidura launched Detour and I became aware of it partway through covering the Transcontinental Race. They were looking for someone to ride TJO and document it through some form of art, be it photography, painting or poetry. I’d had the idea that I wanted to ride and document an ultra-cycling event for a while, but other things had always gotten in the way – like photographing them from the comfort of a car! It just had the potential for decimating my bucket list, so I pitched buying a quintessential Japanese medium format film camera and documenting the ride with that.”

What did the ‘not-a-race’ represent for you?

“I think it will always become a life experience and lesson, that has to be why we do it? There were a lot of things. I had heard about, and thought I understood, how the way highs and lows become exaggerated and change at a moment’s notice in this kind of race, but it turns out living them is entirely different.

How would you describe the trip around Japan?

“I am pretty sure Japan has no intention of being perfect for bikepacking, but it is. The number of 24h convenience stores, the vending machines everywhere, and, most importantly, the fully automated toilets.

The first thing I had to do when I arrived was to buy the camera I was going to use. Japan is the place to buy used film cameras and I had a specific one in mind which I thought was going to be easy to find. Suffice to say, it wasn’t. I ended up with less than half a day and I’d seen only one in the window of a closed shop. I tried every other shop I could find -some of them are on the 3rd floor of a building that gives no indications of containing shops- before returning once the shop had opened. With no time to test it, I just bought some film and finished packing everything onto my bike ready for the start of the trip.”

Any anecdote you remember from the route?

“It’s tricky to give single anecdotes. The whole experience of being in Japan is so different as to make the whole trip feel like one long anecdote.

I had a great day’s riding after running out of batteries in a small town on the Kumano Kodo pilgrimage trails. Everything was empty: GPS, lights, cache battery, phone. There was another 100 km to the coast and there wasn’t going to be anywhere to stay and charge devices until I got there. So I stopped in a youth hostel, taking over all the plug sockets in the room and I chatted with a Belgian couple who were staying there and knew of the Transcontinental Race. I left at 1 am and I had a wonderful, if not slightly scary, ride to the coast. ‘Does Japan have any bears?’ was a constant thought as noises emanated alongside the path. Just as I got to the coast I came across two riders who had stopped at a 24h convenience store to get some breakfast, so I tagged along with them for the day.

I finished my ride in Kure, and while in an ideal world I would have ridden all the way back to Tokyo, it gave me the chance to visit Hiroshima and the A-bomb dome. I really don’t have the words to describe sitting in the Peace Memorial Park, but I definitely made the right choice to take the time to visit. “

In recent years, the bike brand from Berlin 8bar has…