People that look for the bright side of things will always be one step ahead, making the most of any situation. Whereas some force themselves to be like that, there are people that naturally behave like this, and Taylor Eisenhart is a clear example. From the moment we started chatting with him, we were already immersed in his positivity, and no single complaint came out of his mouth. A cyclist and an artist, he has the purpose of spreading love.

After trying to succeed in road racing, he realized that his vision was not aligned with how the sport was structured and he created Imaginary Collective together with his business partner Andrew Dahlheim.

I have never been afraid to think outside the box or to question the authority and the rules. Being an artist, you are always asking why, and thinking to yourself what you can do better. As a child, I always dreamed of having my own program, and through the years of racing in BMC Racing Team and Hincapie’s Continental team, you learn a lot and connect with people with which you cross paths later in life.

When I was part of those big teams I tried to promote some initiatives to, for example, modify the jersey design or change the way of managing social media, but it was like if I was being told to focus exclusively on riding my bike. The fact that the UCI just gave EF Pro Team a fine for showing a non-compliant kit in the Giro d’Italia is a clear example of why cycling is struggling, with UCI sucking all the creativity and doing nothing for the riders. That is why I wanted to shake up the system. 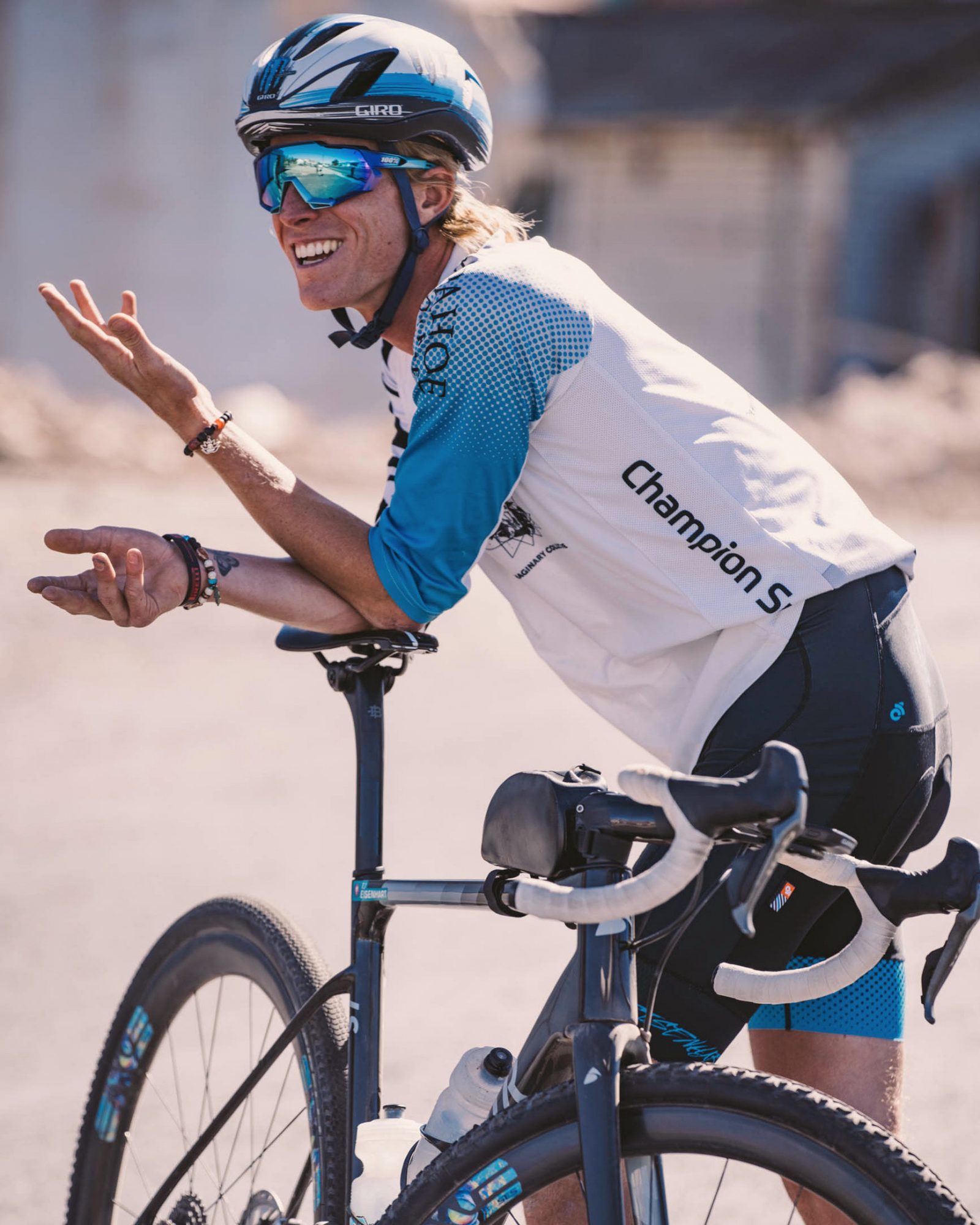 European racing is European racing. People built a culture there that has lasted generations, and we still try to apply it here in the United States but it is not the same, and many projects disappear in a few years. Americans like to have fun and ride on dust, and when I was in the first gravel event here it was like a football game, everyone coming together to enjoy this. This is our style of cycling, and what we have to preserve. We have to stop trying to be Europeans and do it our own way. When I was there I lost my identity trying to be one of them.

My vision when setting up Imaginary Collective was to create something that in 100 years from now will be remembered when you think about gravel, with the culture that we want to create and preserve. We had offers to continue racing in the road scene, but I was about to have my daughter, and I was tired of complaining about things that weren’t in my control.

“There is a moment in which you need to get control of your own destiny.”

A lot of people thought I was not going to make it, but the truth is that for 2021, Imaginary Collective will be eight times bigger than what it was this first year, and it’s just from putting in the work and talking passionately about it.
A big inspiration for Imaginary Collective was any kind of record label. When Jay Z came into the industry, everyone told him that he was going to fail, but then he created his own thing and succeeded. With the ideas I come up with, my sponsors many times think I’m crazy, but if you keep all your ideas in your head, they are not going to go anywhere. If you tell them to people, even if they are not amazing, you can start a conversation that could lead to great things.
I think that Imaginary Collective is the perfect name for what we do. It is a beautiful collection of sponsors and partners coming together. We are creating an amazing network, with cross-collaboration between the members.

Imaginary Collective is one of the few projects that are really trying to change the status quo in cycling, creating teams in an unconventional way and with different ambitions than what the sport is used to. Legion of LA is one of the other examples.

Me and Justin Williams’ Legion of LA are super close. We had a lot of conversations when I wanted to quit, and I saw that what they were doing was exactly what I wanted, but as I started doing my own thing, I realized that they had their vibe, but I wanted mine. We see the sport from a similar point of view, and most of our values overlap. We are not as results-driven, but there is no doubt that both of us are true to who we are. We are more about the pure joy of competition, going there to enjoy the event, and why not racing it. We love riding, but winning doesn’t matter to us or our sponsors. I have always loved the process of training, and that will just show anyways. 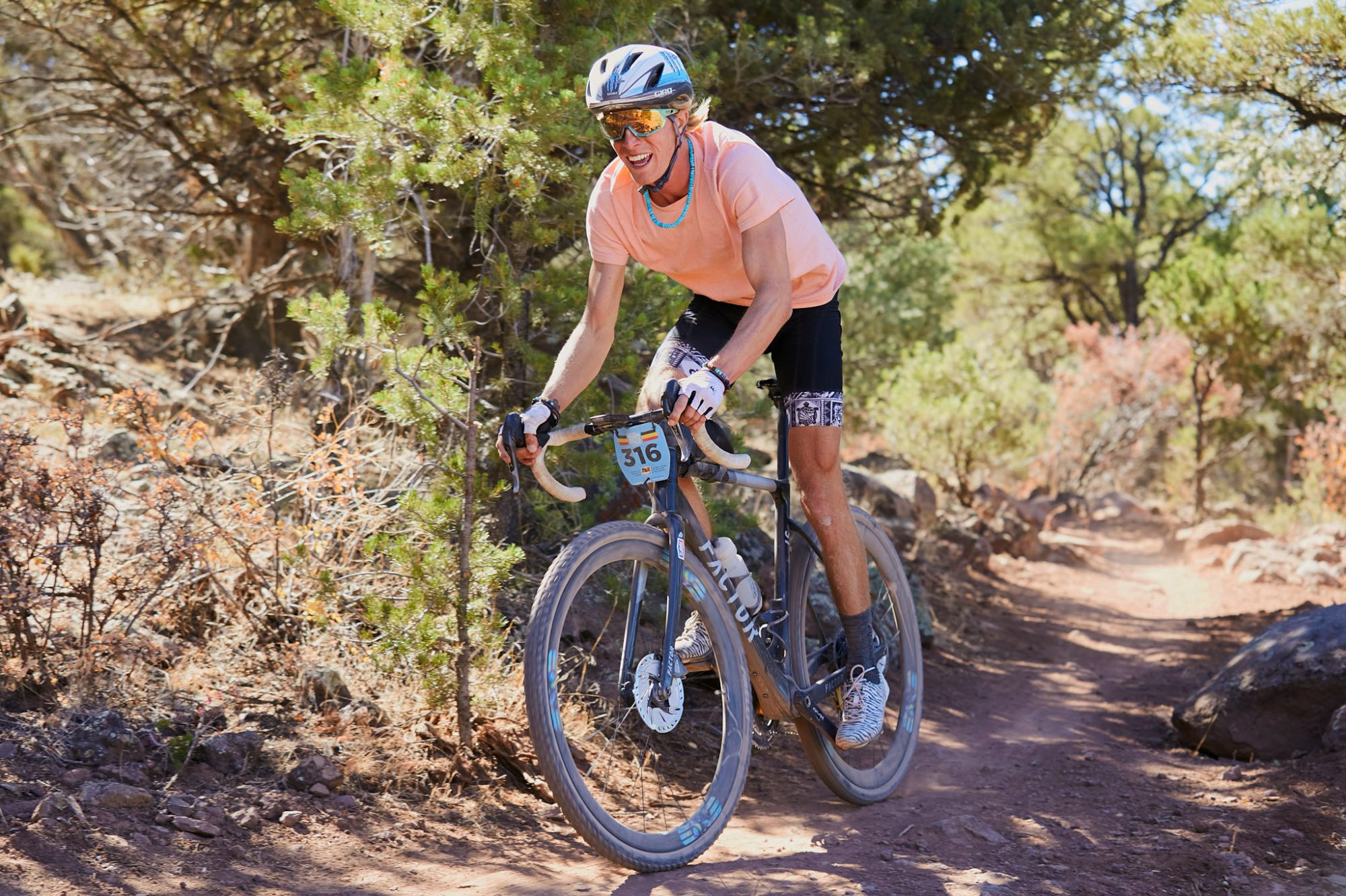 Gravel is the perfect scenario to build Imaginary Collective, as the flexible structure of this type of racing allows the creation of different sponsorship models. Despite dedicating his whole life to road racing, he has always paid attention to what was happening around him, and when he tried it first-hand, he realized what he wanted to do.

I would always train with T. Burke Swindlehurst. He is the organizer of one of the first gravel events in the US, the Crusher in the Tushar, that started back when people were still racing in CX bikes. So with him, I discovered this new kind of racing that was being born. When I showed up to Dirty Kanza last year and saw the thousands of riders I was like “man, there are thousands of people signing up to this super challenge, willing to suffer, while you almost have to oblige pro riders to take part in certain road races”. After that, it came clear that I wanted to hit the gravel scene.

I did a 200-mile race not long ago, solo all day, and you just go through so many mental things, and in a time so corrupt with technology and negativity, it is incredible to put the phone away and dedicate a whole day to ride your bike. It makes you think that there are a lot of things you stress about when you shouldn’t. 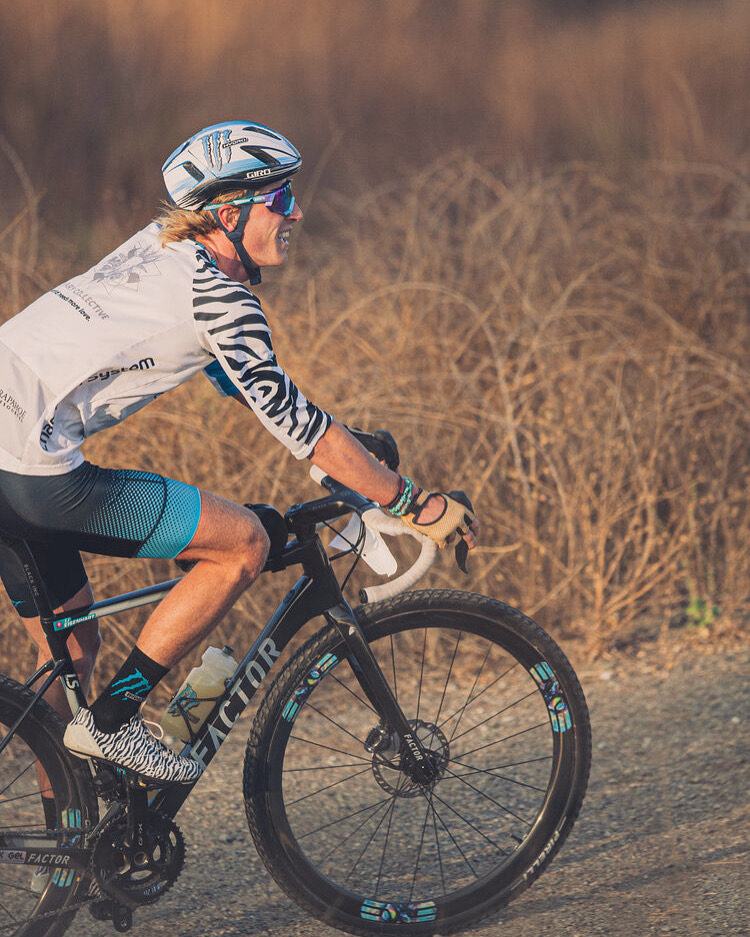 In this truncated season he has not been able to take part in the races he had planned, but in the past weeks, he participated in Salty & Stupid Gravel Fest, Hardman Classic, and more recently Belgian Waffle Ride, which gave him the desired dose of racing before starting planning what is coming for next year.

This year we did nothing really in terms of racing. All you can do is post and create content, and a lot of people used it as an excuse. Why do that? The rest of the world is already complaining in your place. If you are stuck at home, take advantage of the situation. Start meditating, dial your diet, jump on the smart trainer, and so on.

“A lot of people just look for excuses, while I see opportunities in the negatives.”

It is not going to get worse than this, so if you can work through this year, what can you not do? I’m still compassionate, but there was too much negativity, and a lot of free time to learn to do new things. I started meditating and made sure I was painting and riding every day, to keep me balanced and healthy.

TJ Eisenhart is also an artist, and through painting, he has found new partner activation strategies to add value to his deals with sponsors in a difficult time.

I grew up painting and drawing. I really never sold anything, because I was super shy. I joined BMC, moved to Europe, and focused 100% on racing, which was a giant mistake. When I came home years later, I was able to rediscover my love and passion for art, and people started contacting me about buying my paintings and sold a lot of them. People saw the value in my pieces, and in a short time, they started paying more for it. Anybody can draw a good portrait, but it is about saying something with your art. 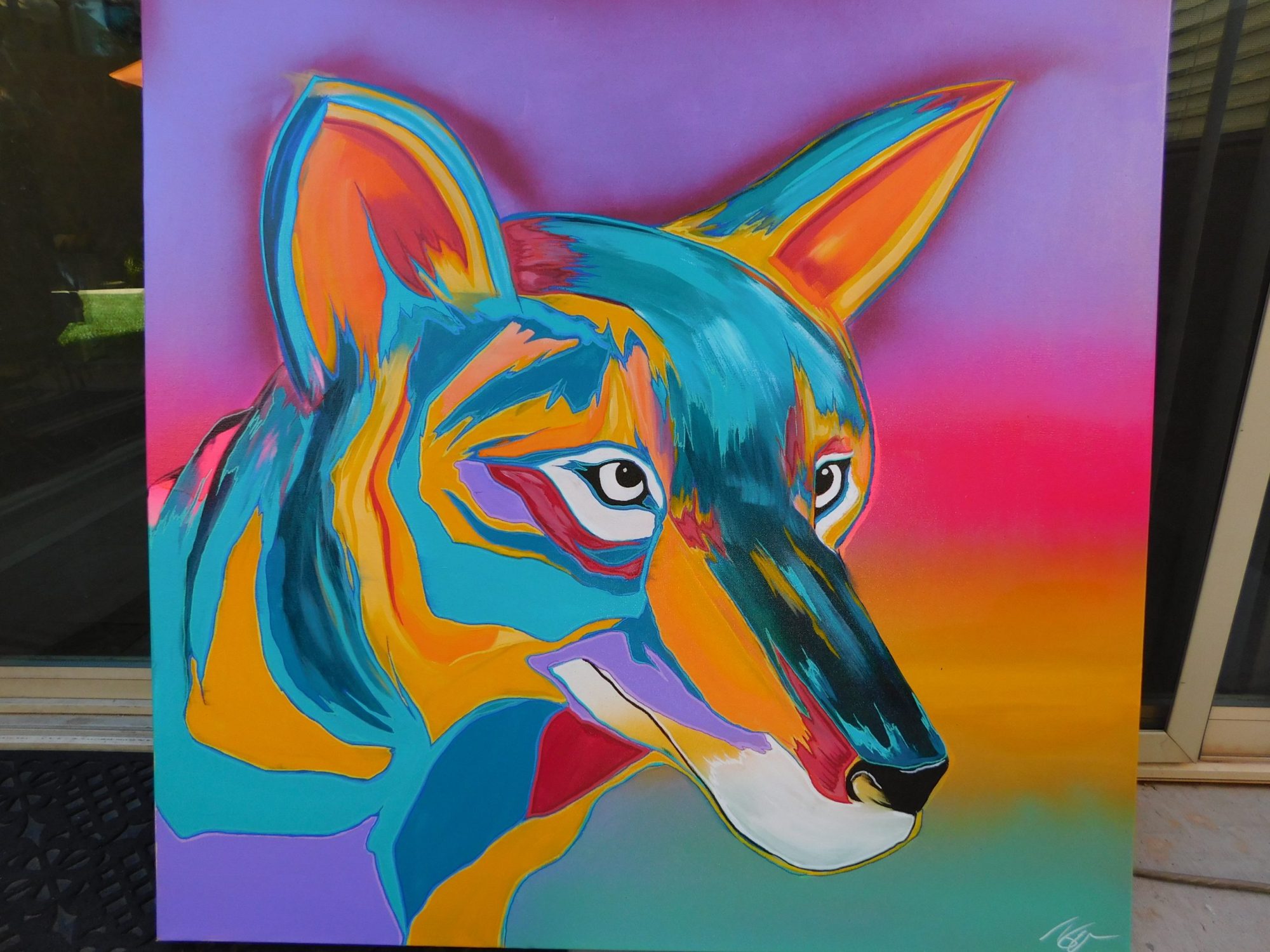 Somehow now I turn on the music and let out what is inside me. I do a lot of commission work, and talking to the client I put my whole emotion into it. I love it when people contact me saying that the piece they bought me makes them smile every day. It is just amazing how you can do that with color. My art will be in their house for generations, so my legacy will be bigger than what I may do in terms of cycling results.

“Leaving some type is legacy is what we try to do in Imaginary Collective.”

With no racing, we had to be creative. With Kogel, they would send me their oversized pulleys and I customized them. I guarantee you that no one else is doing that. ENVE also sent some rims. All that will be auctioned to raise money to help children with autism. I wish every other team figured out something like that to raise money, because when you say you want to do good for the world, others will too, and they will figure out a way to help you.

When in 2021 ENVE launched their first complete bicycle, they…