Around 2009, following the example of other countries, the first fixed gear bicycles began to be seen on the streets of Bogotá. Fixed fashion quickly spread to other cities in the country and became the fixed culture. During the early years, there were various events in the fixed gear universe. Most of them happened spontaneously, like the alleycats, but there were some bike polo championships also held in public futsal fields. Even big brands were interested in organizing proper shows such as the Redbull Minidrome in Medellín, and nowadays the South American country already has a consolidated National Bike Messenger Championship. 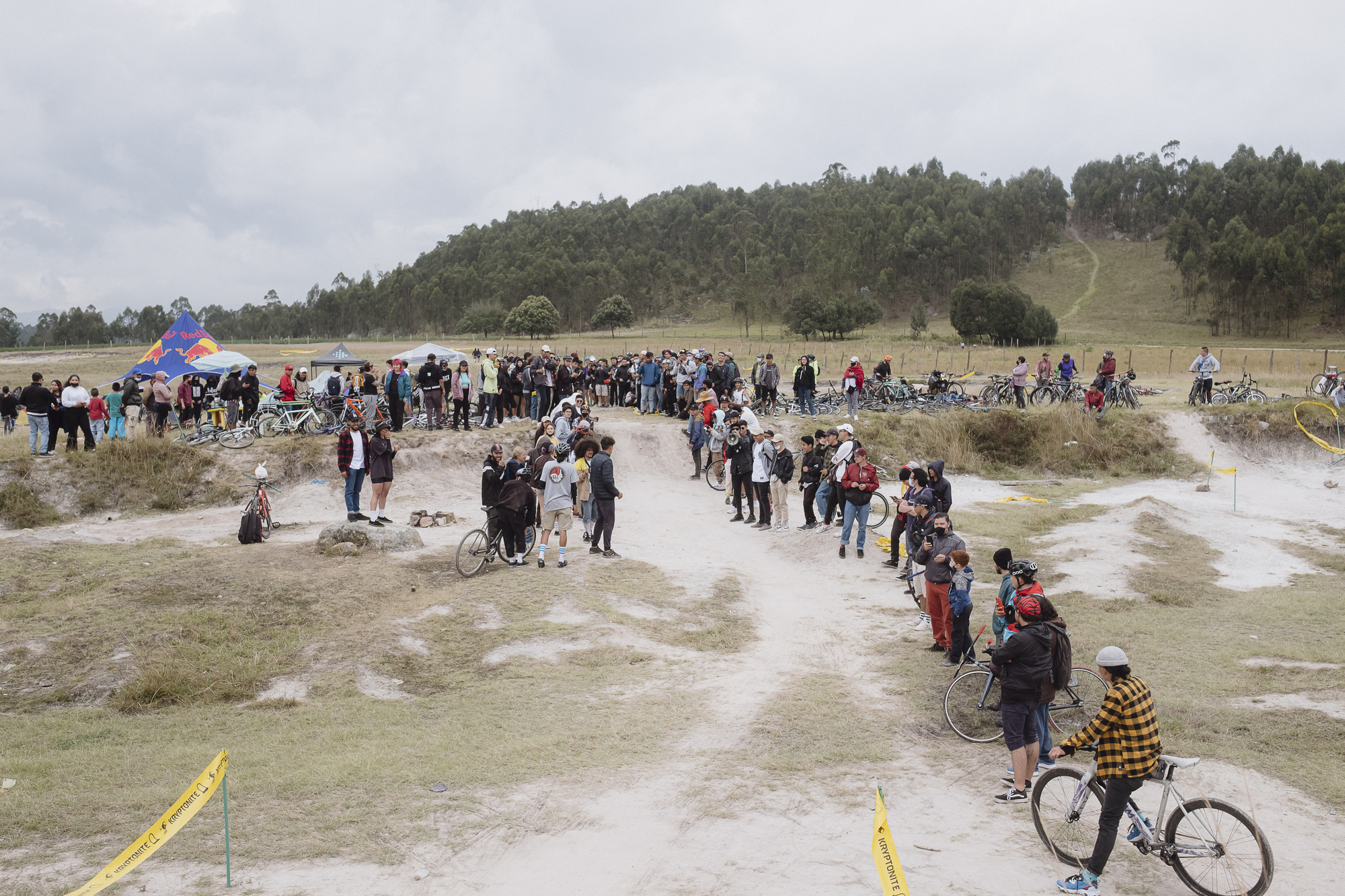 Despite becoming popular, the events always maintained their clandestine and somewhat closed character: the social dynamics of fixers and bike messengers is more like that of a family than a group of friends. Of course, social networks have also played a crucial role in all of this development as they are a source of inspiration, a place for entertainment and learning, a means of communication, a historical archive, and, above all, a meeting point for communities. Thanks to this, today we can see a much more expanded universe around the fixed gear that, besides bike couriers, it includes other subcultures such as freestyle, criteriums, or tracklocross.

The way to put together the events is very organic and the meeting places, dates, and times are shared through word of mouth, by instant messaging applications, or through Instagram stories and YouTube videos. In the case of tracklocross Area 51, it was two content creators friends, El Cristian González and The Crazy Boy, who had been talking about cycling way before the pandemic and, by organizing it, they managed to gather a large community of young people from popular neighborhoods in Bogotá and its surroundings. His videos are modest, authentic and a lot of fun, as they basically show a group of friends getting together having a good time. 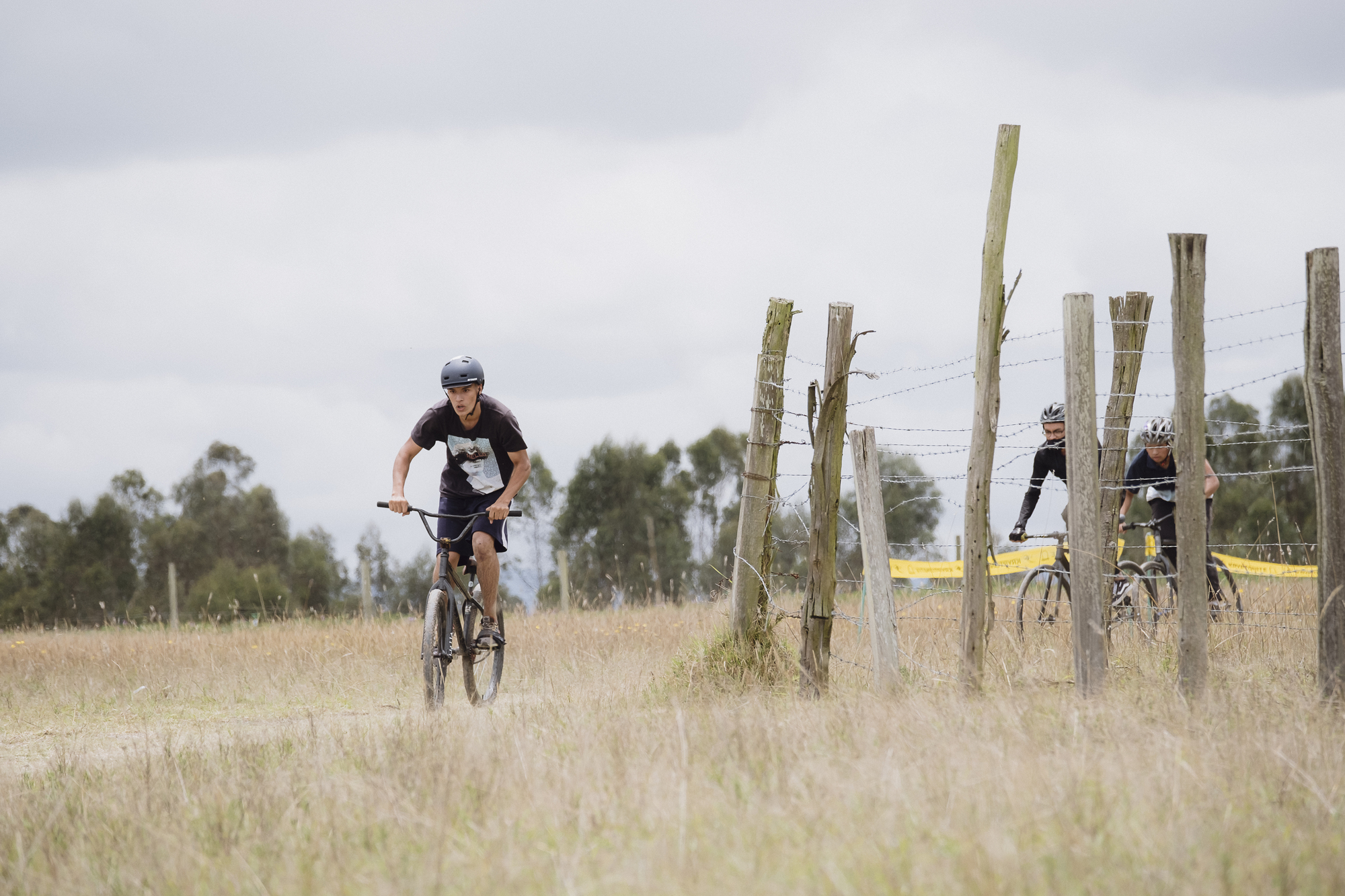 Before the pandemic, in another of the clandestine events that were organized in the capital, the two were invited to participate in a tracklocross in a remote place they called Area 51. This consisted of a large paddock next to a highway on the outskirts of Soacha, south of Bogotá. After that they continued experimenting in this discipline in other places until almost a year and a half later, one Saturday at the end of the afternoon, they decided to organize a race for the next day via WhatsApp, and 40 people showed up.

They immediately saw the opportunity to organize a bigger race and devoted another couple of chapters to “building” a track to make way for the first massive tracklocross event in Colombia. Their idea gained momentum and a couple of partners with more experience in the world of events joined in, including El Gran Pez. This generated even more expectations because, although it was organized in a very short time frame, the prize pool even exceeded those of some races with registration.

As with any decent clandestine event, the meeting point and time were published the day before the race. So, on August 29th, around 400 people showed up, 100 of the riders willing to tear up their souls and push themselves to their limits in order to have a blast. The atmosphere was quite chill but rapidly the underground spirit was transferred to Area 51. The track was only delimited with random barriers and ribbons, but it was governed by the lack of authority and apparent barriers.

The track was around 1.5 km long and included a mud trap, a technical climb, a grass straight, sandbanks, and some jumps. It was set up as last-man-standing heats with four participants each, from which the first two of each heat advanced to the next round. Once the four finalists were decided, there was a pause to make way for the other part of the event, the jumping competition in which two categories were awarded: longest jump and worst fall. This was undoubtedly the funniest part of the day. People gathered around the jump, which consisted of a long run-up and a plateau. The riders jumped more than one meter high, some of them with success and others faceplanting the ground. The stoke was high and people cheered as their life depended on that. The most regrettable event of the day was a broken tooth and some scratches on the knees and elbows. The organizers did not set a girl’s category for now, but some girls measured themselves by doing the most difficult parts of the track, and given the participation, the next event will include one. 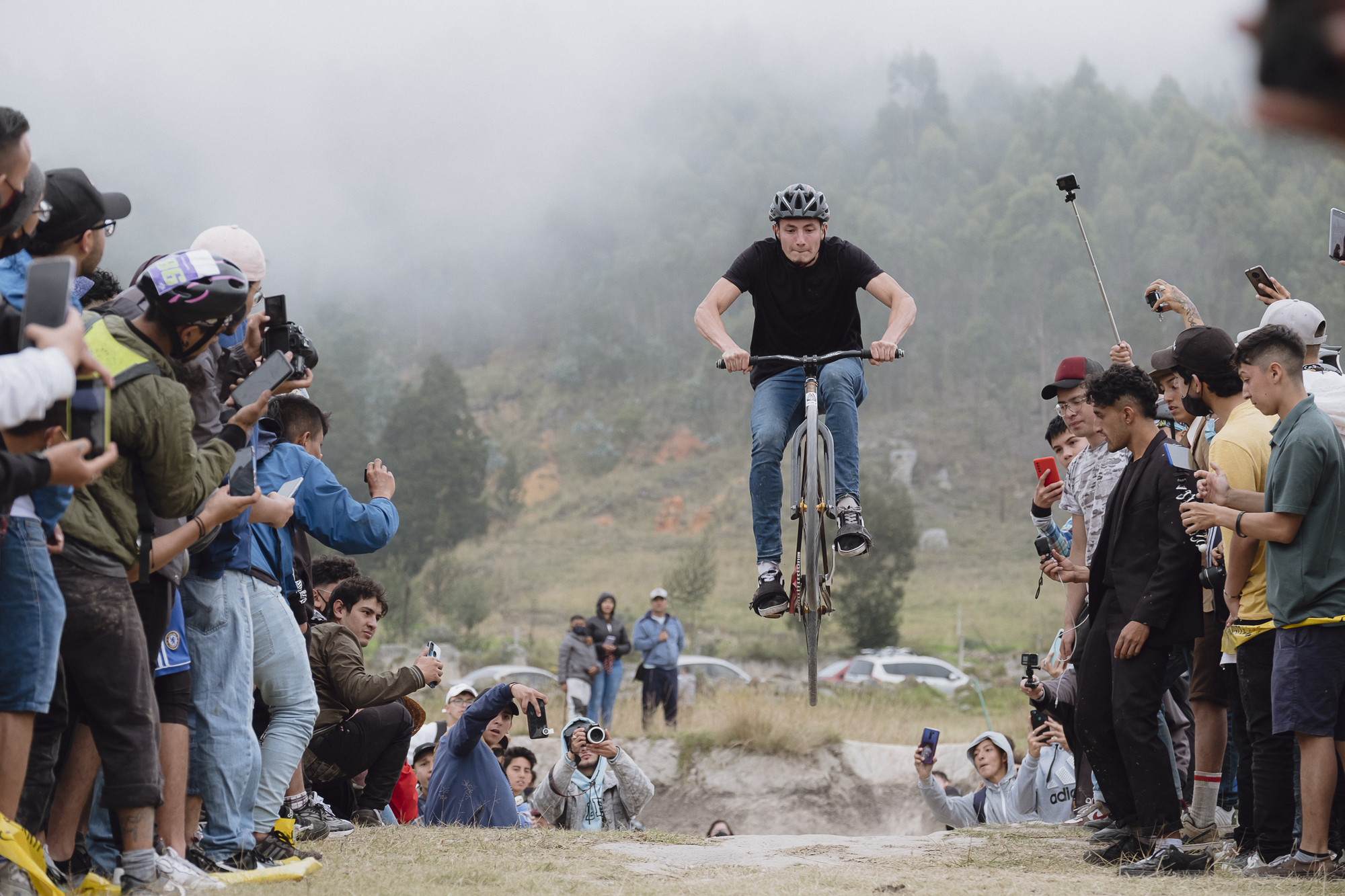 The organizers already have plans in mind to do more events like this and to expand their reach. The main source of inspiration for El Cristian is Mash SF and he has them as an example to follow in terms of events, alliances, and good vibes. The next step to pursue their dreams will be to connect with the Californian scene and even the European one. And, why not organizing a World Championships eventually?