The landscape of the Iberian peninsula, which includes Spain, Portugal, and Andorra, is varied and unpredictable, from infinite planes, deserts, and canyons, to high peaks with dense forests and creeks. From north to south or from east to west, the scenery drastically changes due to the climate and orography of the area. Being a not so large region, a good way to discover its secrets could be by bicycle. If we also have a tight schedule and we like challenges, a good option would be participating in one of the unsupported ultracycling events organized by TransIbérica Ultracycling. With three different courses to participate in (TransIbérica, TransPyrenees and Badlands) and two types of terrain (road or gravel), you will certainly live a complete adventure. 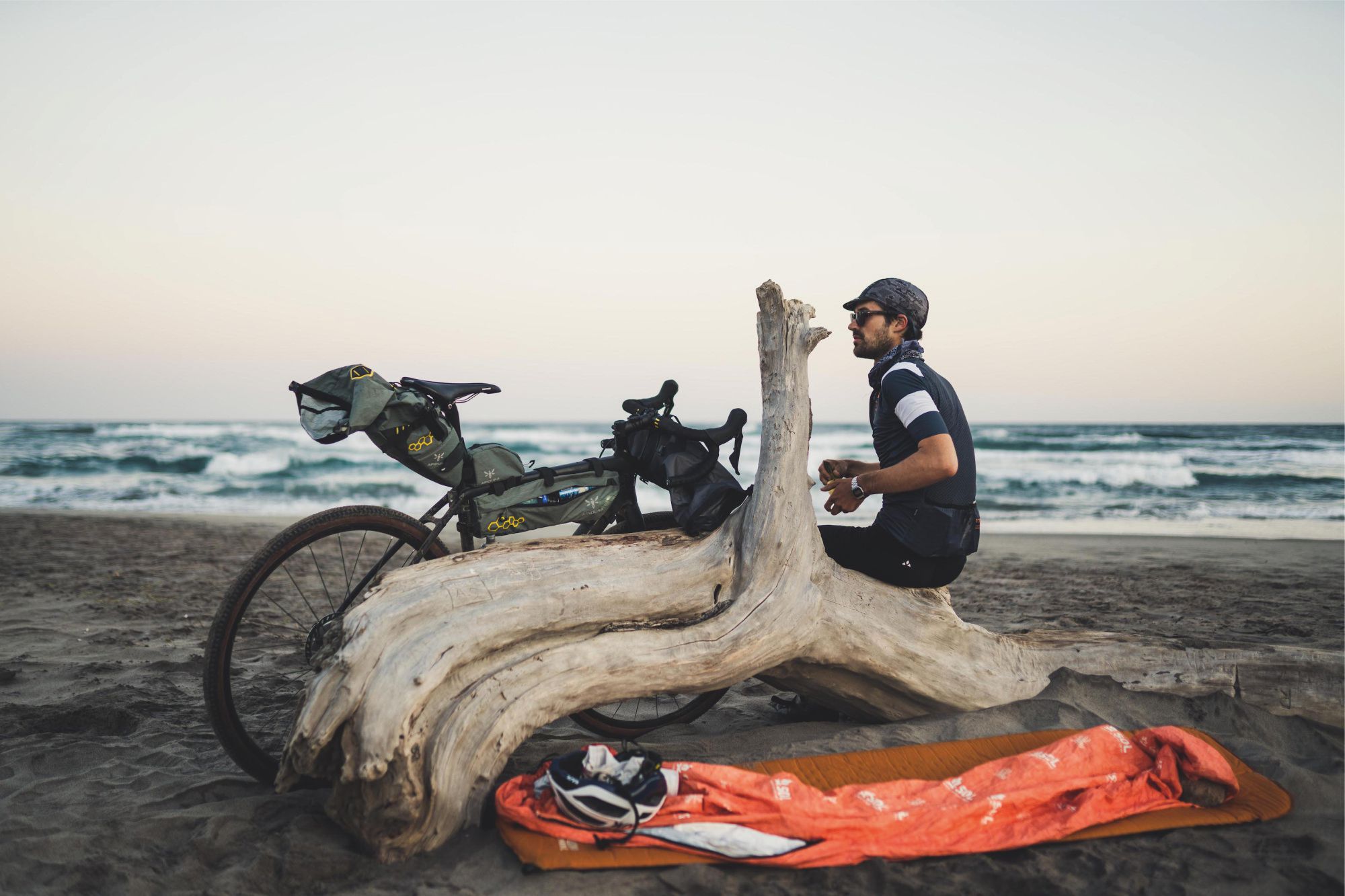 During his participation in TransAm 2015 and after finishing TransContinental 2016, Carlos Mazón finally saw it clearly. He got in touch with David Rodríguez and what would be the first race of ultracycling in the peninsula started cooking. Both of them, with experience in ultradistance cycling and several brevets, knew they were in the right place to organize an event of such magnitude.

Seduced for their experience in past events, and motivated for the first races in cycling, like the Bordeaux-Paris or the Paris-Brest, in 2018 the first TransIbérica successfully took place around the peninsula. In their origins, cycling races were more or less free, with stages longer than 400 km, without team cars, stopping in every town, and self-supported. That is the spirit they wanted to revive.

Next year, in 2019, they added a new shorter race which was more accessible and had a fixed route, the TransPyrenees, from the Mediterranean to the Atlantic through the Pyrenees. This year, in 2020, attracted by the more adventurous off-road movement, the first gravel race will take place. Badlands will consist of a circular route around the Sierra Nevada, in the east of Andalucia, passing from green mountains at 3.000 m above sea level to deserts close to the sea.

Unsupported race with no set track but mandatory checkpoints and parcours (segments). Approximate distance of 3.500 km from and to Bilbao passing through several checkpoints (4 in 2018, 8 in 2019, and 12 in 2020).

Since Carlos and David are Spanish and have traveled along the country, they knew how to prepare the race and spread the checkpoints to offer a good show. Since the course was open, it was essential to distribute the points in the right way to offer the chance to pass through the best races and regions of the area. Sometimes main roads might be faster, but by adding more points and segments in specific places, you ensure a safe trip and avoid illegal acts and negligences like riding along the highway. The first edition only counted with 8 participants, but next year was already 30, and this year around 20, due to the global situation.

Unsupported race with a fixed track through 40 mountain passes. Approximate distance of 1.000 km and 25.000 m of altitude gain from Llançà to San Sebastián.

The success of the first TransIbérica pushed Carlos and David to organize a more accessible race that would be an introduction to unsupported ultradistance cycling. Thus, last year they organized the first edition of the TransPyrenees, in which more than 80 riders participated. The route started in the Mediterranean sea (Llançà) and finished in the Atlantic ocean (San Sebastián), with a fixed course that had to be completed with a maximum of 6 days. Some of the riders from northern Europe were expecting hotter days, but the track crossed through the northern side of the Pyrenees, where it usually rains. A rain jacket might add weight, but more comfort on the descents. The good thing about this race is the passes and cols that act as intermediate checkpoints. Thus, you always know where you are and what to expect, making the race easier and being the Tourmalet the longest climb. If you think about it, half of the route is descending. In addition to TransIbérica, a couples category was included, which always helps those who are concerned about traveling alone to participate. This year the race is also organized, with more than 70 registered riders.

Unsupported race with a fixed circular course on gravel roads (85% off-road). Approximate distance of 700 km and elevation gain of 15.000 m departing from Granada and around the south-eastern part of the peninsula.

To extend the horizons of ultracycling, and with the current boom of gravel, this year they have organized the first Badlands. The idea was to create a somehow different race and introduce the gravel scene in the peninsula. So far, it is the most successful race, with more than 160 registrations despite the current global concerns. The name is the result of the places through which the riders will ride. These are desert and arid regions like Tabernas, the hottest place in the peninsula, and Cabo de Gata, the only desert in Europe. Besides, there will be a great thermal gradient, having to pass the Veleta peak at 3.400 m above sea level, which will result in contrasting landscapes of dry and green places. Some advice is to be aware of where to sleep and carry enough water since there are just a few villages. It will be hot so it is better to stop in all water sources. For 2021 they are already planning a new track which will be more alternative and demanding.

Despite these are self-supported events without staff and provisioning in the intermediate checkpoints, the organization in these races is fundamental. Some of their job consists of the design of the course and event, promoting the race, answering participants’ doubts, the briefing before the race, or being at the start and finish point. For instance, this year Carlos will be going for the third time to Andalucía to recheck the track, and he will be also doing the TransPyrenees course to make sure the course is safe for the participants. Every event has its own photography and/or video team, which requires a generous budget. For Badlands, they will be driving a photographer on a 4×4, which will definitely result in amazing pictures. The registration price might not include a jersey or a water bottle, but a cap is mandatory in the welcome-pack, aside from all the preparation and care behind the organization of the event. As an extraordinary measure, besides the civil responsibility form, this year any rider with COVID-19 symptoms 14 days prior or after the race should inform the organization team, in addition, to maintain the hygiene measures during the race.

In this kind of event anything can happen, so many days traveling, pushing yourself to the maximum, and going through unknown places. Among other stories, Carlos told us about Ulrich Bartholmös, the winner of TransIbérica 2019, who bought a ring in Algarve (Portugal) and proposed to his girlfriend at the finish line in Bilbao. She could not resist. That same year, the second and third finishers arrived with a 3-minute difference, something very rare in such long races, the difference between stopping for a coffee or waiting on a red light. However, the final position is not as important as the experience of enjoying the journey. Also, many riders came across a Danish woman who was bike-touring. She became a moving checkpoint that everybody took a picture with. In Portugal, a rider got bitten by a dog. To get vaccinated he had to go to two different towns and ended up getting on an ambulance. By total chance, the doctor who treated him knew the race and took him back at the same spot where the ambulance had picked him up. There are others who might break wheels or might fall asleep on the bike, everyone races as they like. One of the participants only cared about enjoying the journey and finishing on time. Once he got to Bilbao, he went home to spend the night and arrived at the finish the following day. He was sleeping 7-8 hours each day and got the highest average speed.