When we knew that a permanent cyclocross circuit was being built near our area in Barcelona, and that the Unió Ciclista les Franqueses (UCF) and Albert were also involved, we couldn’t be more excited.

We believe that the project that Antoni Serra, president of UCF, has started is absolutely necessary. Cycling schools are the basis for future professionals and, above all, an ideal tool to teach the values ​​of sport to the young kids. In a country like ours dominated by football, we celebrate and want to give visibility to a project that was born with great enthusiasm and with a lot of altruistic work towards cycling. We were able to come by and speak with Antoni while they were working on the track: 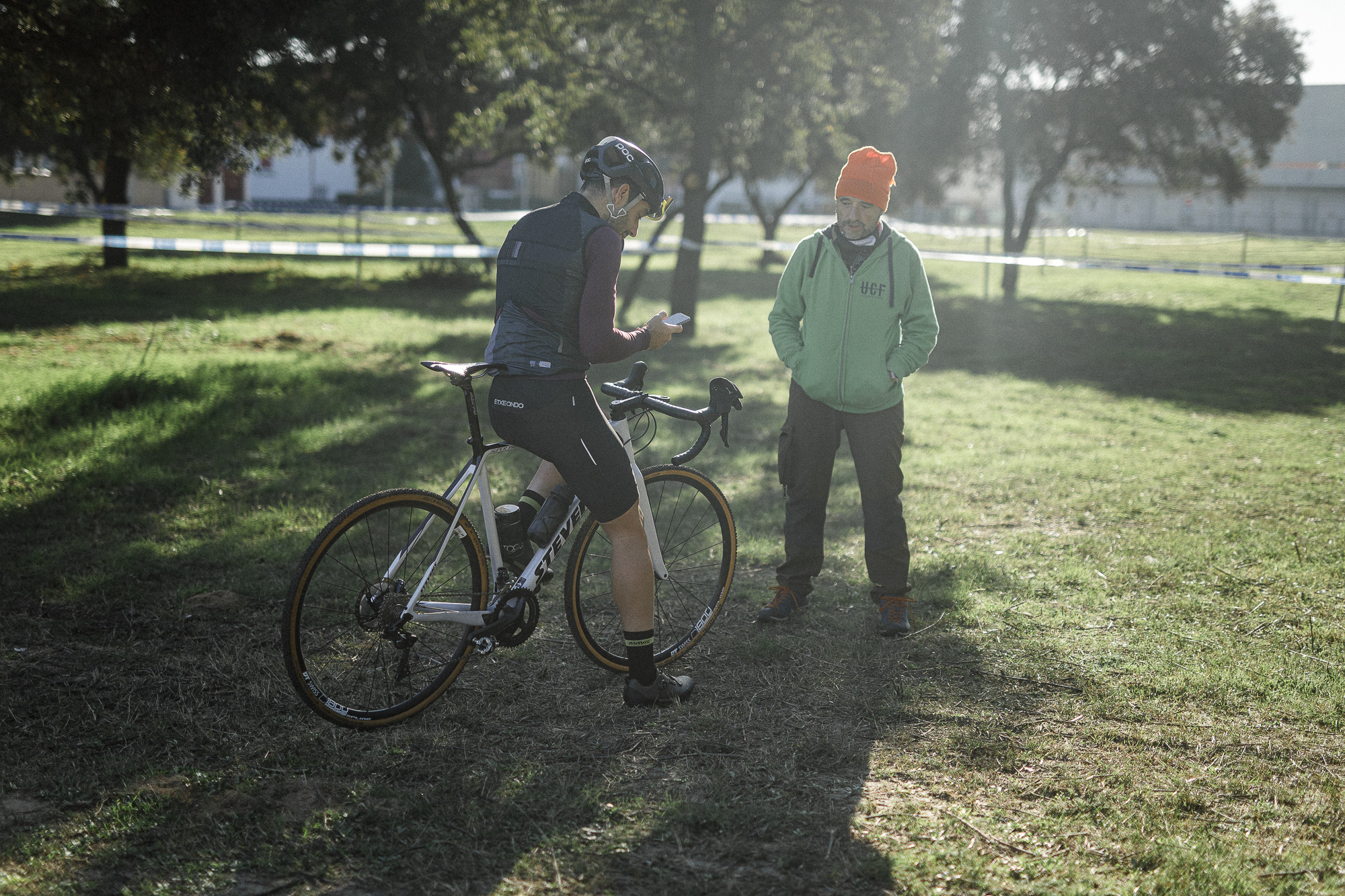 When and how was the idea of ​​the school and the circuit conceived?

It’s funny, we decided years ago to set up a cycling school. We thought about making a permanent circuit from the beginning. The fact is that the son of the vice president of the club was finishing his course and had to do hand in a final project. We suggested him to focus his assignment around how to start a cycling school, and by the way, he got a very good grade. He presented it to the city council, which made it their own and they transferred it to the deputation. The case remained still until this year, when it was decided to finally start the project and, after meeting with the councilor for sports of the city council, we were able to relaunch it.

We already had a space provided, where the first edition of the Dark Cross was held, but due to pollution, since it has factories very close by, it was not viable as a permanent circuit.
We proposed another nearby space, a much larger municipal green area. It was full of vegetation, so the only thing that we requested was the lending of the space and that they “clean” the parcel. I have to say that we have only obtained predisposition and facilities from the public administration.

And what is the idea of ​​the school? We understand that it will focus on young kids.

Yes, the school will be aimed at boys and girls from 4 to 16 years old divided into groups, and we plan to start in just one week (at the time of publishing this article the school just started running). The idea is to make it work on the weekends since at the moment we do not have lighting. If it works, the local authorities are committed to providing permanent lighting. We have the permanent CX circuit and the pump track, which share some segments of the circuit.

Do you think the pump track is a good way to encourage cycling in children? It is well known that BMX is a perfect introduction to two wheels.

I am a classic cyclist. I have to tell you that from my point of view I see the jumps… very close together, but I have no idea about this. The ideologue and designer is Albert. But what I do agree on is that in order to encourage a child to practice cycling, you cannot take him to do a six-kilometer climb. It has to be something fun, and this is. 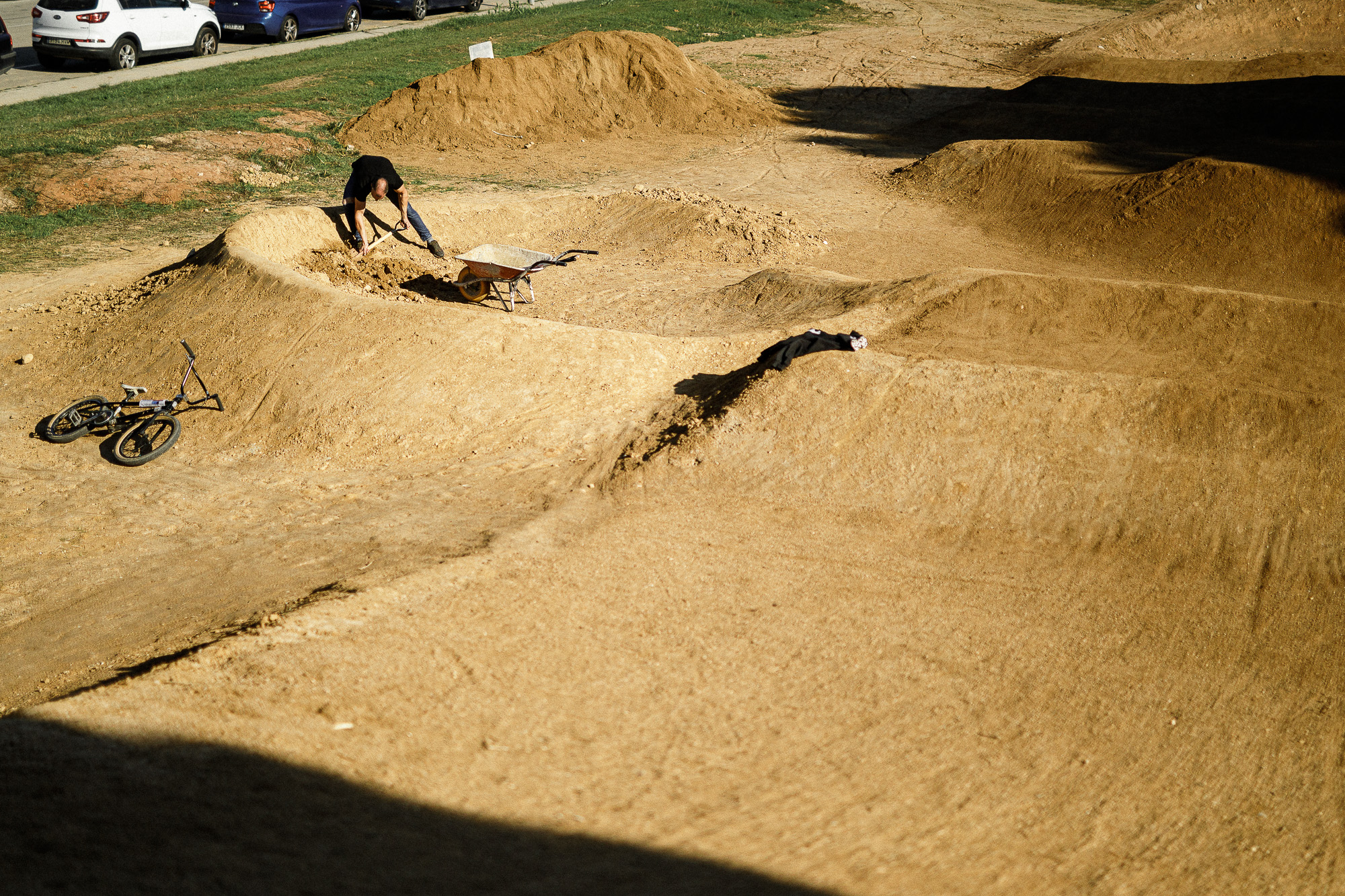 We see that, because of all the people involved in the project, you are building the CX track in a totally collaborative and participatory way with people and friends of the club. Is that so?

Yes. What’s more, the materials are largely provided by ourselves: poles, bike tubes to define the route… We are the ones building it, but the drilling or flattening machinery is provided by the municipality.
I have always thought that public money is very difficult to obtain. You must be very conscious when spending it, so if we have our own resources, why ask the authorities for them? If we can’t, then either we ask for them or we don’t move the project forward. A non-profit sports club must invest everything it has and have a 100% sports-oriented objective, NOTHING else.
Additionally, whenever we have organized races, we have donated € 1 from each registration to social actions.

Do we expect this to be a breath of fresh air for cyclocross from a local level? We are short of circuits.

We have received requests from many people by mail to come and have a try at it from the moment they learned that the project was underway, even from abroad. Hopefully, this will encourage people to come to see the races.

In the past we have traveled to see three CX World Championships, paying between 30 and 50 euros in each of them as an entry fee. That model is not applicable here, but hopefully people will be inspired to ride and watch cycling. A CX circuit, if it is well designed, can be seen completely by moving only a few meters.

The cyclocross circuit will have its debut in the Dark Cross Vol 2 and Catalonian CX Championship races, which will be held on December 19 and 20, respectively.

When we knew that a permanent cyclocross circuit was being…