After the winter cyclocross season, many of us immediately set our eyes on the beginning of the spring classics. These represent a kind of cycling that goes back to basics where tactics are focused on winning the race with no general classification to fight for, making them even more thrilling. 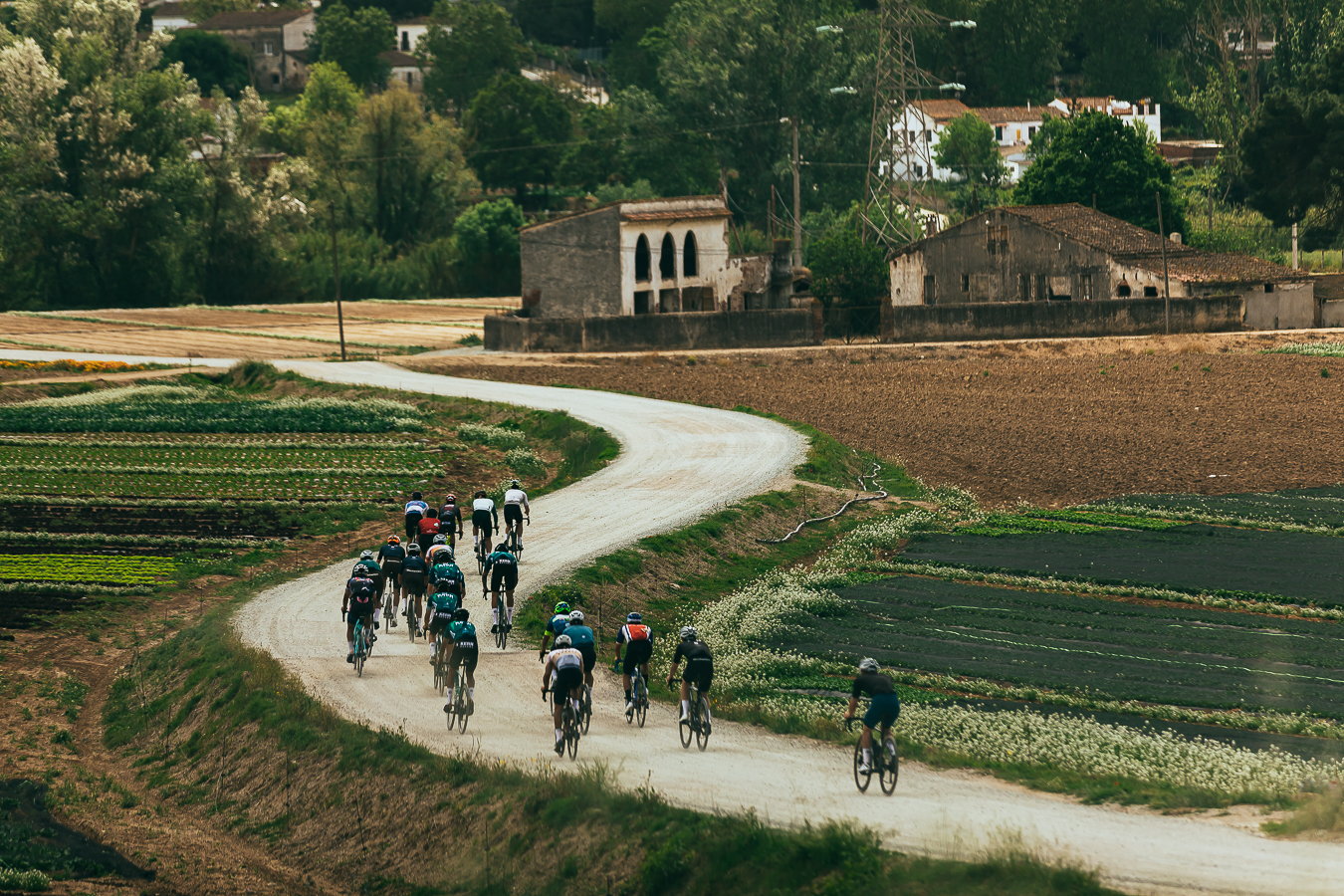 We like the cobblestones, the short explosive hills, the sterrato, and all the narrow roads connecting these sections together. Being able to ride part of those routes and experience the classics first-hand would be a dream. However, it is not easy for all of us to travel there since they are located in places that could be far away from home.

This is where Ismael López, an occasional collaborator of the magazine and a passionate cyclist, came up with the idea of ​​organizing a non-competitive event in a ‘classics’ format to show the people in the cycling scene in Barcelona and its surroundings the area where he lives and all the treasures it hides, thus officially creating Vallés Classics. The event took place last Sunday, May 8, touring the Vallés area to the north of Barcelona (we dedicate an article to that area in our Places to Ride series), and managed to bring together nearly one hundred and fifty cyclists in its first edition.

The route started from Santa Perpetua de Mogoda, a town easily accessible from Barcelona and other nearby cities. The day was expected to be sunny and with little wind, which translated into a perfect day for cycling and discovering new paths. After the corresponding control of signatures and with a huge smile, the people started setting off in small groups (it was an open start with an hour and a half to spare), all ready to face the approximate 120 km and 1,400 m of elevation gain.

The main idea revolved around discovering, but at the same time claiming, the Vallés as an ideal place to enjoy cycling. Thus, with a “classic” mentality, Ismael prepared a route with roads that only locals know, those alternative ‘hollow roads’ that we like so much. As a must in events of this format, the track included segments of sterrato (or gravel roads), some cobblestone for the more adventurous ones, and a constantly changing terrain of narrow secondary roads mostly intended for agricultural transport.

The terrain was completely cyclable with a road bike, it was just necessary to adjust the tire pressure a little to be able to gain more traction and comfort in the most complicated sectors. Occasional flat tires did not prevent everyone from finishing the route back at the starting point, where a cold beer awaited them. The atmosphere was of satisfaction and joy to see that the route had exceeded everyone’s expectations in most cases, a finishing touch to what became a true day of cycling among friends.

This project has been around Ismael’s head for a long time and he has finally managed to materialize it. With effort, dedication, sacrifice and the help of friends and collaborators, he has managed to shape what we are sure will be, from now on, a benchmark at the local level. Among the collaborators who have participated in the project, we would like to highlight two great friends and collaborators of RAW such as Victor (Last Leaders), responsible for the image of Vallés Classics, and Brazo de Hierro, who was in charge of immortalizing with these fantastic photos the summary of what was this memorable day.

The success of this edition of Vallés Classics has left a good impression and we are left wanting more. We hope that they continue to join forces with entities and brands to continue promoting and supporting the project and that we will soon have more news to share with all our readers.

Last weekend we were in Finland testing the course of…