In current times, in which most of the countries live under an emergency state or lockdown, we observe that industries, businesses, and stores are mostly in standby mode due to the pandemic situation caused by COVID-19.

On the other side, many organizations and institutions see opportunities where the rest of the world only sees darkness and hazards within the crisis situation.

This is precisely the case of virtual cycling platforms, which since the beginning of transport, commuting and travel restrictions around the world have seen an exponential rise in the number of users and members of their products. This ‘sign up avalanche’ is directly connected to all those people spending quarantine at home, those who have not had any other option but to seek an alternative in order to stay fit both physically and mentally during the lockdown.

If we focus on the professional scene, there is not a single team that is not using smart trainers and several apps in order to proceed with their riders’ training plans until everything goes back to normal. Moreover, whether it is with one platform or another, these teams have established different partnerships to guarantee the visibility and diffusion of those sponsors which ensure the continuity of the team and approach professional cycling to the fans.

We are talking about the great moment that virtual and indoor cycling companies are living, but one also has to highlight how the organizers of important races in the road calendar have taken advantage of the situation to start new formats, test online platforms, and check how the spectators, teams, and sponsors react.

Everybody has at some time found himself involved somehow in a small or major cycling event and, unquestionably, we would not like to be in the position of having to cancel or postpone one of the major competitions of the world circuit, with everything that it implies form an economic, logistic, administrative and availability point of view. Without any doubt, an authentic nightmare.

Only a few days ago we had the chance to watch, for the first time in streaming, one of the most renowned classic races of the season: the digital version of the Tour of Flanders (De Ronde van Vlaanderen). There are many aspects from the actual race that cannot be replaced digitally, but the audience data of the streaming induce to think that the fans were attracted to the show, which was broadcasted through TV channels and online streaming platforms.

Once we reached this point there is no doubt that the debate is totally open: virtual races, yes or not?

In reference to what we mentioned earlier, we understand that the organizers, in such a complicated moment like the one we are living nowadays, choose to search for alternatives and solutions to fulfill, at least partially, their agreements, commercial contracts, and other legal obligations.

So far, the Switzerland Tour has joined the virtual format and has already announced THE DIGITAL SWISS 5 project, which will simulate a virtual version of the competition consisting of 5 stages and several already confirmed World Tour teams.

Everything that is happening is affecting us all and news can be interpreted and faced in many different fashions.

From the spectators’ point of view, who witnessed the first virtual edition of the Tour of Flanders, we read all kinds of opinions and comments in online forums and social media. It turned out to be rather unusual to watch the riders of each team at their home attached to the smart trainer, on the one hand, and the avatars pedaling on the screen while the sports announcer tried to make the race more exciting and realistic, on the other. Let’s forget about team strategy within these sorts of races, at least so far, since it is only the watts, the endurance capacity, and the vision to find the right moment to attack that count.

Regarding the brands, we believe that it will be another way to win visibility, reach more people, and even reaching some markets that were completely out of the scope.

Concerning the teams, for them, it is also a completely new and strange situation. Something they had not anticipated or prepared for, at least something that was not in their season plans,  but nonetheless, it is an opportunity to keep the boat afloat, motivate the team riders and, why not, expand the trophy room.

In spite of all the different manners of coping with the new scene, something we all agree on is that, in none of the cases, top-level virtual cycling races will be able to substitute traditional cycling, but probably complement it and increase its appeal instead.

Nowadays, everyone knows that eSports have expanded during the last years, an industry that is growing and is capable of moving more money than the music or the film industry, with the number of fans increasing every day. Until this moment, we were able to watch several competitions broadcasted around the world such as football, basketball, car racing and other disciplines, but not cycling.

We are convinced that in the early future this will change. Soon, we will start witnessing how major technology companies will invest in virtual cycling, the first official races will appear and gather together both professional and semi-professional riders. and an endless number of possibilities in the digital sports industry will be on display. 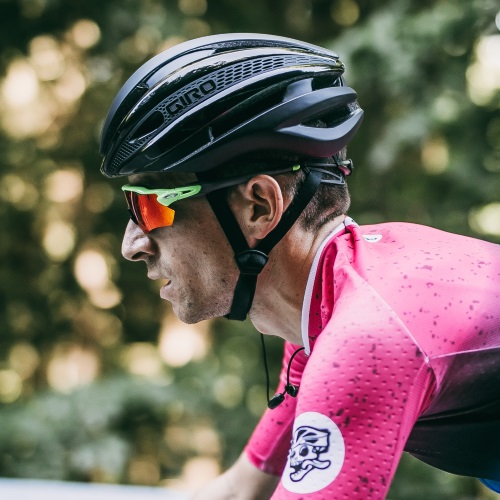