While the northern hemisphere heads towards winter, people living in lower latitudes are now making the most of the long, warm days that they are currently enjoying. In South America there are now several cycling events going on, and among them, Across Andes in Chile stands out from the rest.

This ultracycling gravel race has quickly become the most well-known event of its type in the southern part of the continent, and it is already the big goal of locals, riders from neighboring countries, and even European cyclists in search of better weather conditions for racing. The good work done by the organizers, the impressive set of brands involved in the event, and the good mix of racing and fun have turned Across Andes into a must already in its third edition. 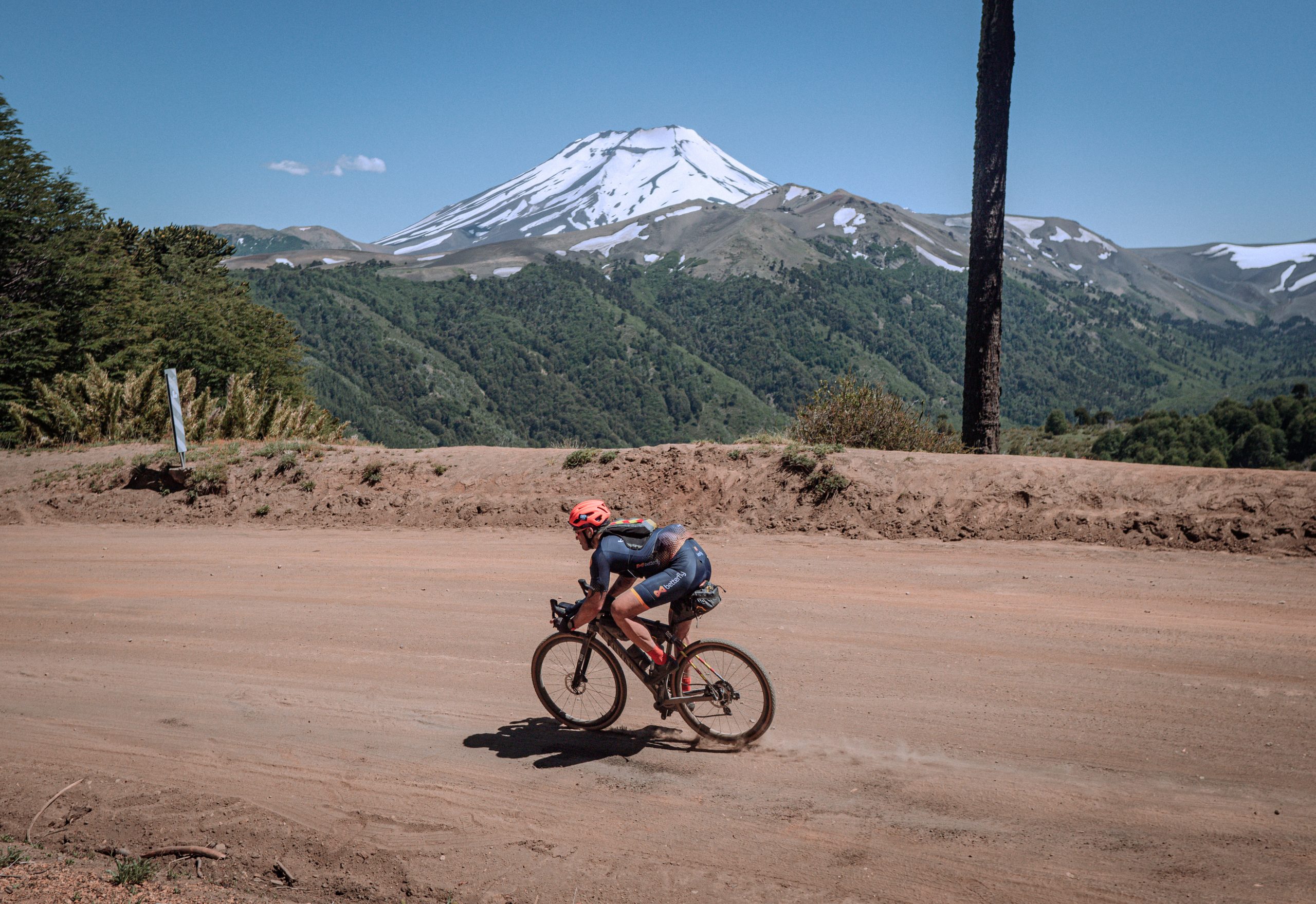 For the second time, the event took place in La Araucanía, a region that has the best of both worlds; the Pacific coast on one side and the Andes mountain range on the other. During the first half of the fixed 1.000 kilometre route, participants saw the volcanoes Villarica, Llaima and Lonquimay not far from the gravel paths they were riding on. Then they headed to the Pacific Ocean and went north following the coastline, before turning east again and completing the loop.

We cannot tag it as one of the most challenging courses in ultracycling events because the total elevation gain was not that high (around 13.000 meters) and riders did not really ride above 1.000 m of altitude that much. Nonetheless, many times the rough surfaces of the route surprise those who only looked at the basic route characteristics ahead of the event, and in this case, there were some sections of loose stones that not all riders were prepared for.

The landscapes were totally worth it, though. The black sand of the beaches was a hint that there were volcanoes around, and actually active ones. The riders saw the smoke coming out of the crater of Villarica, which some may have thought was a hallucination taking into account how sleep-deprived they were already at that point.

Something worth highlighting is the massive women participation, which accounted for almost 20% of the total starters. Some of the 25 women were surely inspired by the ultra-endurance bike rider and racer Lael Wilcox, who was also there in November meeting the local bikepacking community and attending different social events. Although she was planning on taking part in Across Andes, her busy year full of racing paid its toll and she opted for resting ahead of 2023. Anyway, she left a mark on all the brave women that started Across Andes on November 27th at 6 AM in Melipeuco.

The official time cut was on December 3rd, six days and nine hours after the start. Nonetheless, the fastest riders did not need that much time, as the winner arrived in 49 hours and 25 minutes.

Whenever we write about ultracycling events, our autofill suggests we should type “Ulrich Bartholmoes” next, because he is always present in races of this discipline. Being a finisher in all the events he attends is already an accomplishment, but Ulrich does not only finish them; most times he gets the win too. The last time we wrote about him was just after his first place in Transiberica 2021, and since then he has stepped into ultracycling events on gravel with the same level of success he had when he used to focus on road races only. 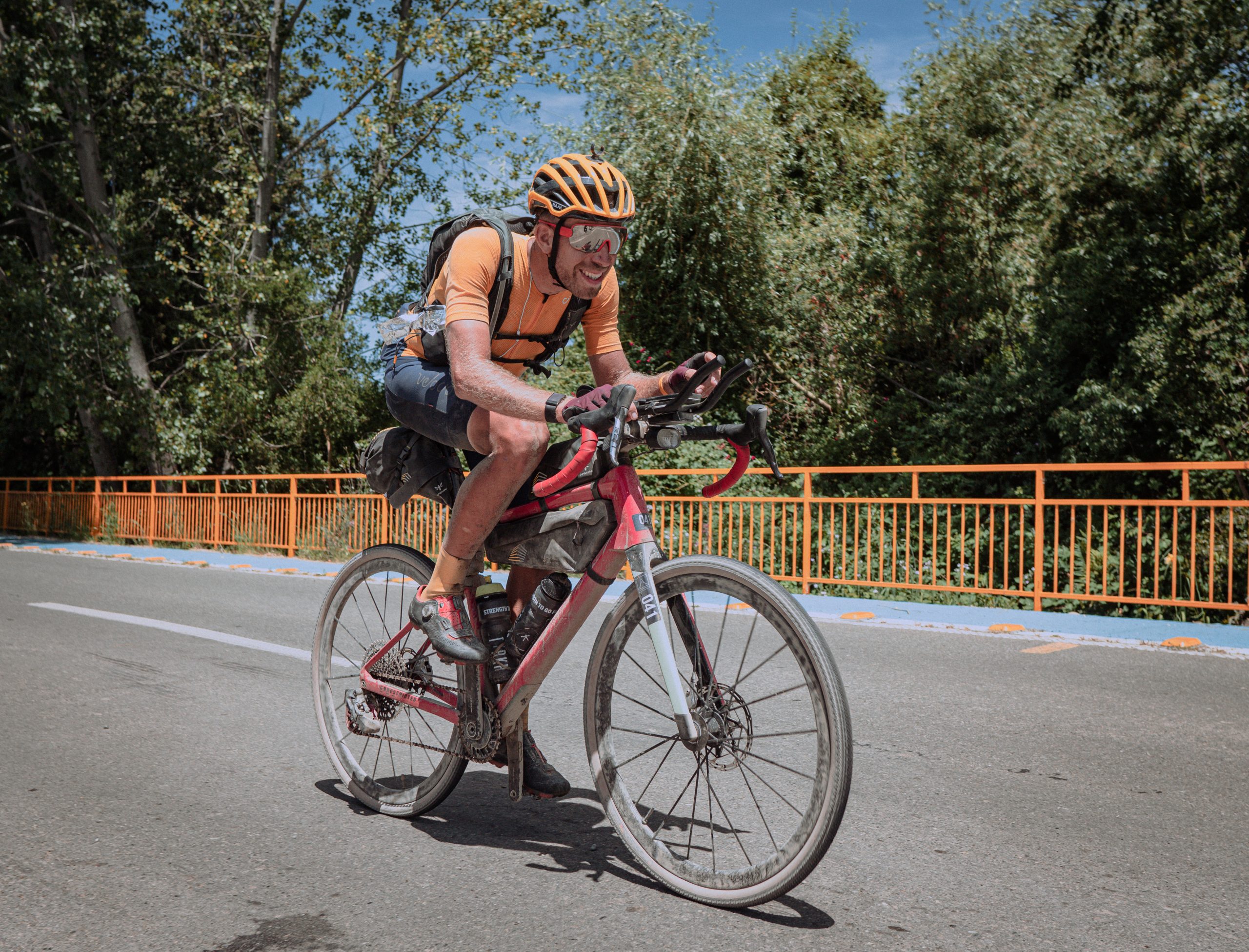 One could say veni, vidi, vici, as he got the win in Across Andes in his first time ever in South America. He first flew to the capital of Chile, Santiago, where he spent a few days participating in community events. From there he went on a week-long bikepacking trip to the region where Across Andes started, getting to know the local people in the best way. Then he raced and won by a margin of over six hours to the second placed rider. Sounds like the perfect escape from the cold of Europe, doesn’t it?

49 hours and 25 minutes was his finishing time, with less than three hours stopped, so no sleep at all. Timothy Ruedlinger won last year’s edition, but this time the local from Chile finished behind the German. Andrea De Silvestris, who led the race in the first part, rounded up the podium.

The difference between the first and second finishers in the women’s category was also very big, as Cynthia Frazer finished 13 hours ahead of Isidora Solari. Cynthia finished second in Badlands earlier this year, and more recently won the stage race BCBR Gravel Explorer on the other side of the American continent. Isidora represented Chile on the podium as second placed, and the Mexican Lucy Castillejos finished third.

Regardless of their arrival order, all participants suffered the heat that was present during those days in the region, so even the locals from Chile, which accounted for 70% of the total, faced extreme conditions. Also, the Pacific coast is known for its wind, and in the directions that riders were going, they had to overcome a good stretch of block headwind.

In addition to the race itself, Across Andes was a full cyclist experience with pre-race rides and dinners, and a base camp where finishers, volunteers, and other members of the organization shared experiences with a good-vibes-only mentality.

There are many reasons to add Across Andes to your bucket list. Whether to discover a remote region, finish the racing year on a high, or simply hang out with the welcoming locals, La Araucanía is a place worth visiting.