Professional cycling has many particularities in comparison to other sports. While football teams have received a huge economic blow because of their main income streams being reduced to zero, the nature of cycling has prevented our sport from being impacted in the same way. Nonetheless, teams lack identity as they rely deeply on name sponsors.

Geert Broekhuizen, founder and current CEO of BEAT Cycling, used to be responsible for the marketing and communication of teams like Cervélo Test Team (2009-2011), Quick-Step (2011-2013), or Team Giant Alpecin (2013-2016). He saw from the first person how dependant on a single income source top-level teams were. At the same time, he realized that recreational cyclists were spending more and more money in order to try to follow the steps of their idols. 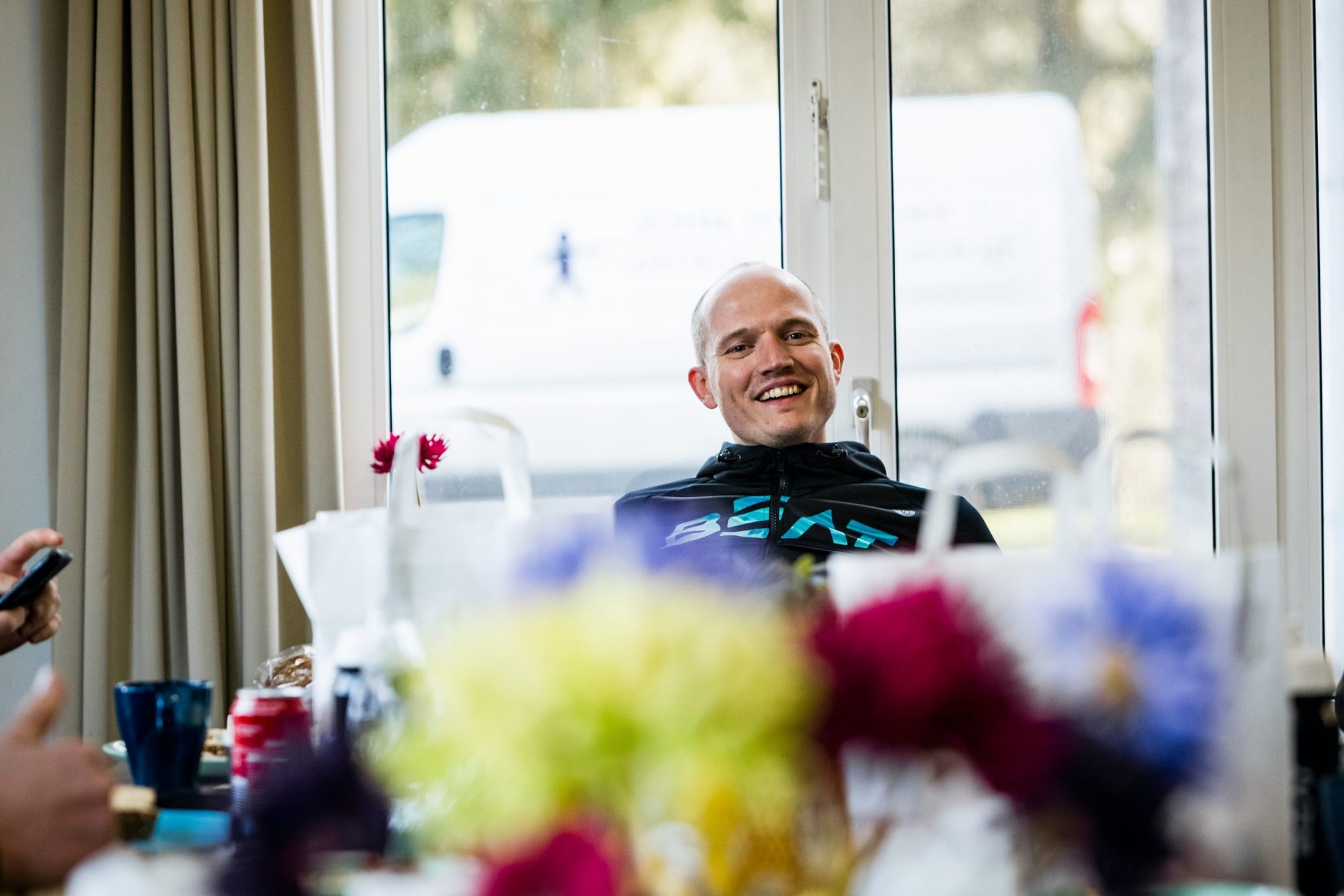 He considered that, by connecting with amateur cyclists and integrating them into the structure of the team, a new business model could be implemented. This is how, in 2016, BEAT Cycling was created. The community members are mainly from the Netherlands and Belgium, but the membership is open for anyone interested in joining.

“A cycling team that is founded on its own strong identity and is rooted in a community of adventurers and challengers on and off the bike. Together we shape and build the future of cycling”

A different path to the top

BEAT Cycling did not rely on sponsorship to start as a team, but similarly to businesses that opt for bootstrapping as their way of growing in the first stage, the lack of external investment made it difficult to start from scratch.

By focusing on growing a cycling community first, they set a stable base from where to build the rest of the organization, which now has the Continental road team and the Track team as its biggest assets. With steady growth since its foundation, BEAT Cycling finished the 2019 season inside the top 50 teams in the UCI Team Ranking. That did not come as a surprise, because they have always had a roadmap showing what they want to achieve and how they can make it possible.

The next step would be to step up to UCI ProTeam level. If they do so, BEAT Cycling would be the only road team from the Netherlands with this status, which would be great news for national riders in order to seamlessly land in the professional world of cycling. This will only happen if certain conditions are met, and when we asked the CEO if as of now they would welcome the arrival of an external name partner in order to make the step already next year, he stated that they would prefer to remain Continental with the BEAT brand.

The cycling community behind the club played a crucial role in the foundation of the team, and they still have a say on the daily basis of the organization. Geert mentions that they take the opinion of the community into account when, for example, deciding the cycling kit design, or even when discussing race tactics for an upcoming competition. All this is done through their recently launched Challenger Platform, a place where members can meet other fellow followers of BEAT, ask questions to riders and staff, or share plans for future events.

Challenges for the community and the club as a whole

In the same way that recreational cyclists feel part of the Continental team, the riders in the roster take part in the cycling challenges directed towards the members of BEAT, which are grouped under the tag Gadabouts.

The first event they organized this year was the Challenge Barrachi. Last month, cyclists that signed up for it had to ride a 150 km track in pairs, trying to set the fastest time possible. They could start from any point in the track as long as they completed the entire loop, and that choice together with the varied terrain forced them to think about the best strategy. The fastest of the 100 pairs was formed by Piotr Havik, who rides for BEAT Cycling, and Jason van Dalen, who also races at Continental level.

This event was already scheduled for 2020, but it was not possible to do it. Nonetheless, last year the members could enjoy the Down to Dust, and Burning Brexit challenges. For the latter, riders left from Rotterdam’s harbor on the night of the Brexit (January 31st, 2020), arrived with the ferry the next morning to do a loop around Yorkshire, and arrived back in the Netherlands after the theoretical departure of the United Kingdom from the European Union was official.

The next event is Strikhedonia 400 on May 1st-2nd, in which members will have to plan a route of 400 kilometers and do it solo or duo, with the possibility of doing 200 km instead. For the upcoming months, BEAT Cycling has also organized Moonlight Miles on June 26th, Low Lands Ramble on July 1st-5th, and Gritty Pumpkin Fest on October 17th. With the motto “life is a daring adventure or nothing”, BEAT thinks outside the box and plans events with innovative formats to keep its community engaged. 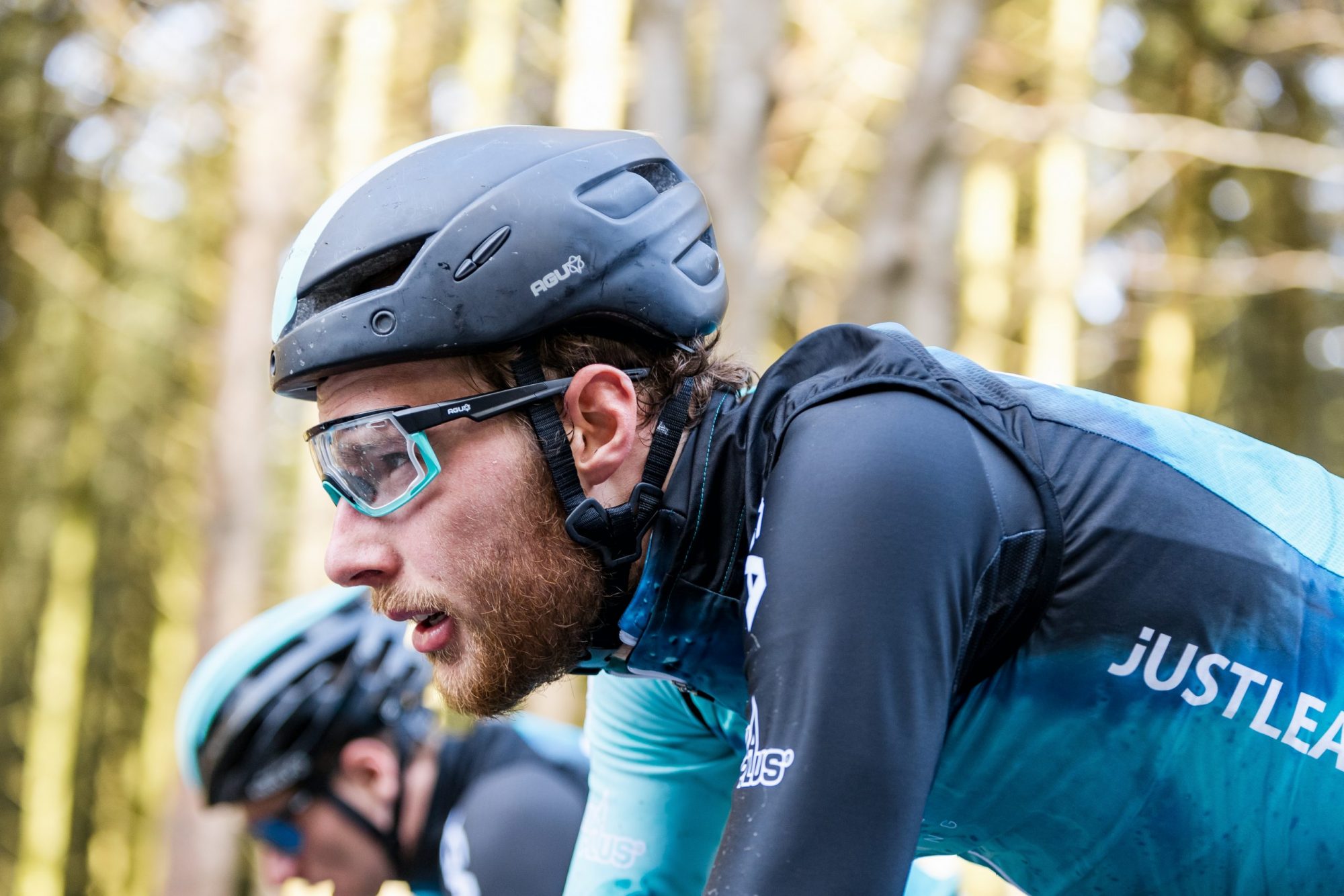 Their webpage is a source of inspiration, posting tips and tricks for future challenges, extended recaps of past events, or stories within the team. Herman ten Kate has been the Community Manager of the team since 2016, but this year he is part of the roster too. He has won some amateur races including NL Crit Series in the past, but performing in races where the best in the world are present is another thing. With all the content created around his adventure, the team will show if the step between amateur and professional cycling is as big as one may think.

As mentioned before, BEAT Cycling has a Track team too. Track cycling is a discipline in which most teams competing are the national federations, but there are some trade teams too. Theo Bos, Olympic silver medalist and five-time world-champion, joined BEAT in 2017, and since then the organization has made a big investment to provide them with all necessary tools to succeed.

The team seemed to be over when the UCI published a huge reform regarding the track discipline that made the sport exclusively for national federations, but after a period of uncertainty, trade teams are now allowed to participate in the Nations Cups, a format which substitutes the previous World Cup.

Four riders are hoping to represent BEAT in the Olympics, looking forward to bringing a medal home that would make their country and team proud. Until then, some of them will prepare for the big event by taking part in some road races first.

BEAT Cycling started the season in the first week of March, although the original plan was to get the first race days already in January in Mallorca. Those races got postponed, and the training camp that they were expecting to do also was altered.

So far, they have shown their combativity in every occasion they have pinned a number, either being in the breakaway, trying a late attack, or fighting for a top result. “The harder the race, the better for us” – says Geert. They don’t have a pure sprinter in their roster, but if in one of the next races the weather is awful or the terrain is rough, BEAT Cycling will show what the team is capable of.

Professional cycling has many particularities in comparison to other sports.…

Announcing the roster that will be participating in upcoming races…