The typical season of a professional cyclocross rider is pretty straightforward. With most of the racing taking place in Europe, mainly in Belgium and the Netherlands, one can stay the whole period in one location without having to cover large distances to get to the different races that take place week in, week out.

In the same way that the season has become a weekly routine, most races usually finish with similar results too. Few surprises happen during the season, and although riders try as hard as possible, they are aware of the likely outcome of the race.

Knowing that, Gosse van der Meer decided a few years ago to focus on races outside the spotlight to be able to race for the win instead of finishing towards the back on a weekly basis. He may train the same amount of hours as the best riders, but his goals are different.

In my last years as an under 23, I raced a lot in Belgium and I was in the front, which was fun. I have done those races many times, but I also really enjoy racing in Switzerland, for example. I speak fluent German, so I feel integrated into the Swiss cyclocross calendar and I’m one of the most popular riders there. People come to me, and I like it a lot more. Wherever I race I also try to give something back in exchange for the good start contract I get. If I get there early I may propose to do a clinic, hang out with the kids that try to start in the sport, and all that.

Gosse is originally from Friesland, the northern province of the Netherlands. He lives now in Germany, 500 m from the border with his birth country. But to say that he resides there is a generous description, as he barely stays there for more than a couple of consecutive days. “My home is a place I go back and forth all the time. I stopped unpacking the bags already a few years ago”, he says.

This year was different, but knowing the situation that the whole world was facing, he made the switch pretty easy. He found other ways to keep his racing mentality alive, like organizing his own stage race with four days of +200km behind his dad’s scooter. Off the bike, he also made the most of the situation by wrapping up his bachelor’s degree in geography, and he even decided to apply for a master’s in spatial engineering, which keeps him busy nowadays.

This time in the Czech Republic

His most recent race was in Tabor, Czech Republic. He got his best ever result in an elite World Cup to end a three-week stay in Central Europe. He would have remained there until mid-December, but a race got canceled, and decided to head home, in search of warmer temperatures. “I barely trained there because it was freezing outside”, he confessed. At the moment we chatted with him, it was 10ºC warmer at his home than there, so one can say it was a good choice. 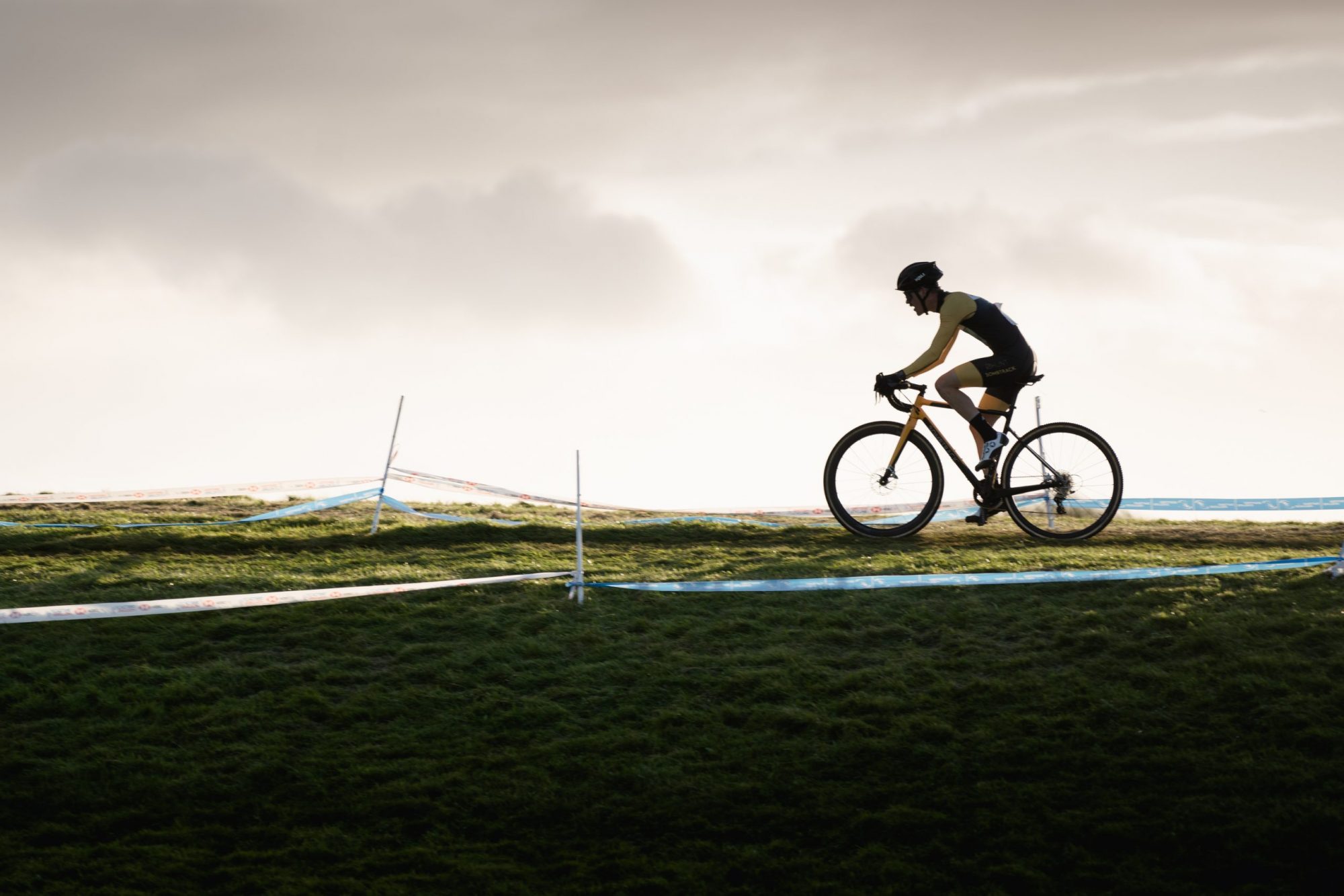 He is a true adventurer, racing around the world and meeting people along the way, which come in handy for occasions in which he has to rely on the help of others. His loyal mechanic could not join him in his stay in Central Europe due to the health risks he would face, but Gosse could still get everything sorted out.

I headed to the Czech Republic by myself, but after meeting so many people around the world over the years, there is always someone willing to help me. Normally I’m always with my mechanic, who is living the dream of traveling around the world like me, but with the current situation, he didn’t want to take additional risks. He still prepares everything for me from his home and drives two and a half hours to hand me reglued tubulars, for example. In the Czech Republic, I could stay with a family for almost a month and they took really good care of me and, in a couple of weeks, I’ll go back. I do have to drive everywhere alone, which sucks, but apart from that, I get help to sort everything out. I have been traveling to races for eight years, and I’m done with hotels and restaurants. I will rather be at someone’s home.

Two years ago he finally got his hands on a camper, after spending his years as an under 23 going to the races with a normal multipurpose vehicle. He saved as much money as possible and bought a camper from a car dealer that was a fan of him, so he could purchase it quite cheap. The only requirement of the vendor was to go to a race with him, a condition Gosse gladly accepted.

He is now used to crossing the continent on his camper, and he tries to fit his schedule as a student with his journeys around Europe.

When I was driving to the Czech Republic for the first race of the season I had an exam on Friday morning, but I had to start driving on Thursday to get there on time. In the middle of the journey I parked the camper for a moment to read a couple of papers, and the following morning, still on my way there, I stopped at a McDonald’s and did the exam there, getting good marks! Then I closed my laptop, continued driving, and raced both on Saturday and Sunday.

Wherever, but always racing

He recognizes that he is far better at studying than at racing bikes, but that doesn’t prevent him from spending a decent amount of time each year racing in other continents. He is also well-known in countries like China, Australia, or the United States, places where he went in the past to collect new experiences, and a few relevant wins too.

Last year, his main focus was the National Trophy Series, which he won. In the 2018-2019 season, he already got the win in one of the rounds, so together with his team manager, he planned all the season around racing in the UK. All kinds of logistic matters like driving times, gear shipment, or flight bookings were taken into account. Every other week he was taking the same flights, both on Friday afternoon and Monday morning.

After the first couple of races it didn’t seem that I had real chances of winning the overall classification, but doing some calculations we saw that it was still possible. The mood in the team was great, and we took every weekend of racing like a road trip, crossing the country by car with the guys, staying in sketchy B&Bs, and so on.
After winning the round in Scotland the hype became real, and on our way back, while stopping to eat, my team manager came up with a bold bet; if I ended up winning the Trophy Series, he would get a tattoo which I could choose.

The overall was decided on the very last race, and Gosse became the first-ever non-British to win the National Trophy Series. The following Monday, it was time to solve the bet. Because in many places they misspell Gosse’s name and they pronounce it like “goose”, his team manager got it tattooed. To give an even more personal touch to it, that goose included a mustache. 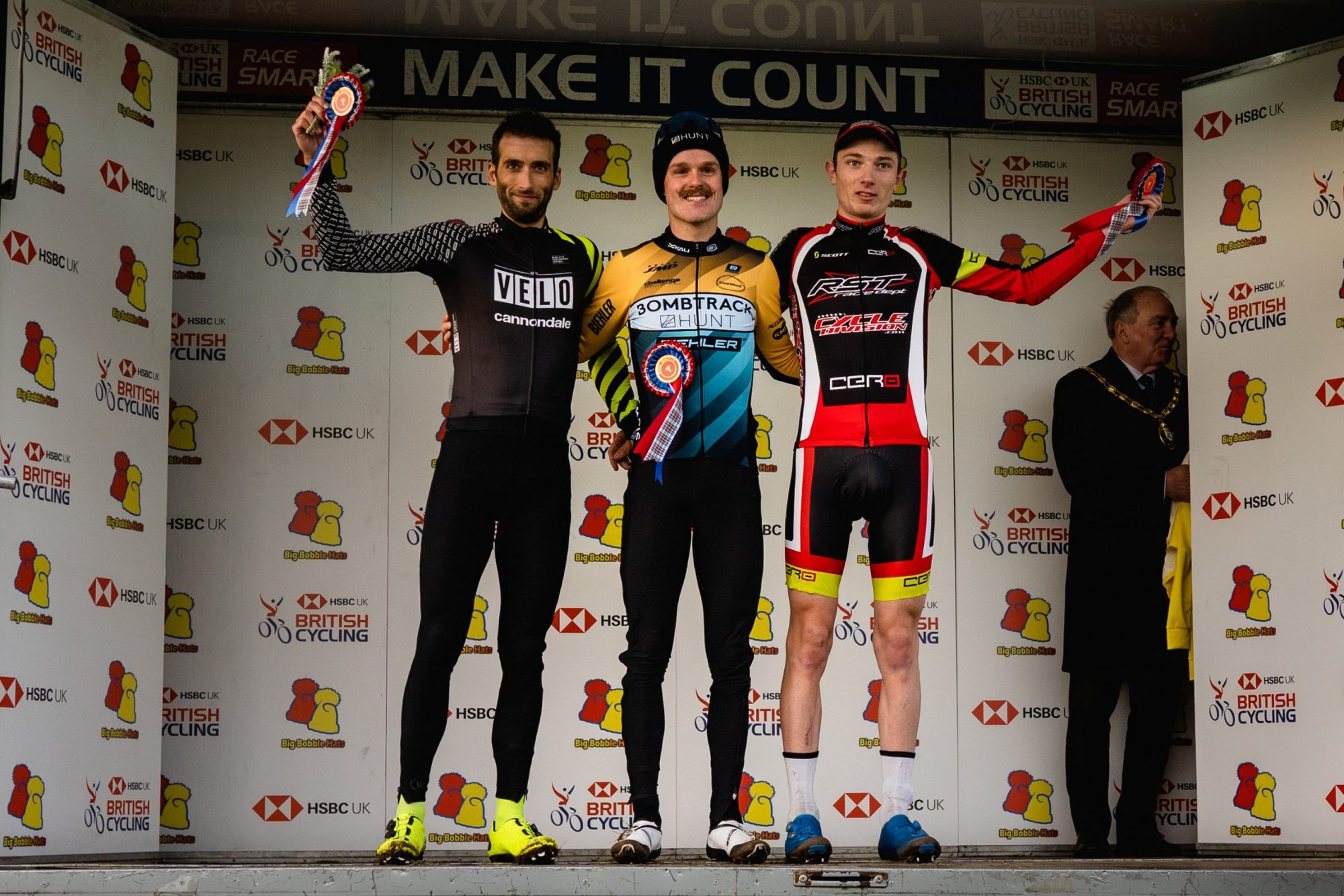 Gosse will now go back to the Czech Republic for the last Toi Toi cup race, with chances to get the overall win, and then hopefully take part in the rest of the World Cups.

He has shown that it is possible to do things in a different way. For a cyclocross rider is not easy to be successful in Belgium, and with the current reforms, it is now even more difficult for a foreign rider to even be able to take part in a race. One has to make sacrifices, and there is not equal compensation in return. Nonetheless, Gosse is a full-time rider, and thanks to the brands with which he has partnership agreements that have grown up at the same time as him, he can race around the world balancing professionalism and leisure.

Time goes by and little by little we all try…