Many years have passed since 1961 when Mario Dedioniggi founded the component brand 3T Cycling, previously known as 3TTT – Torino Tube Technology. At that time, Mario, an expert in steel manufacturing, started making road bike handlebars. Over time, the company grew and became a benchmark brand during the 80s and 90s.

Later, the Italian firm started taking a back seat and gradually faded until, in 2007, the businessman René Wiertz decided to acquire the company and start a new era for 3T. So, they began developing new products and working with carbon components to relaunch the company. In 2015, the renowned engineer and entrepreneur Gerard Vroomen (co-founder of Cervélo and Open), joined the project led by René. 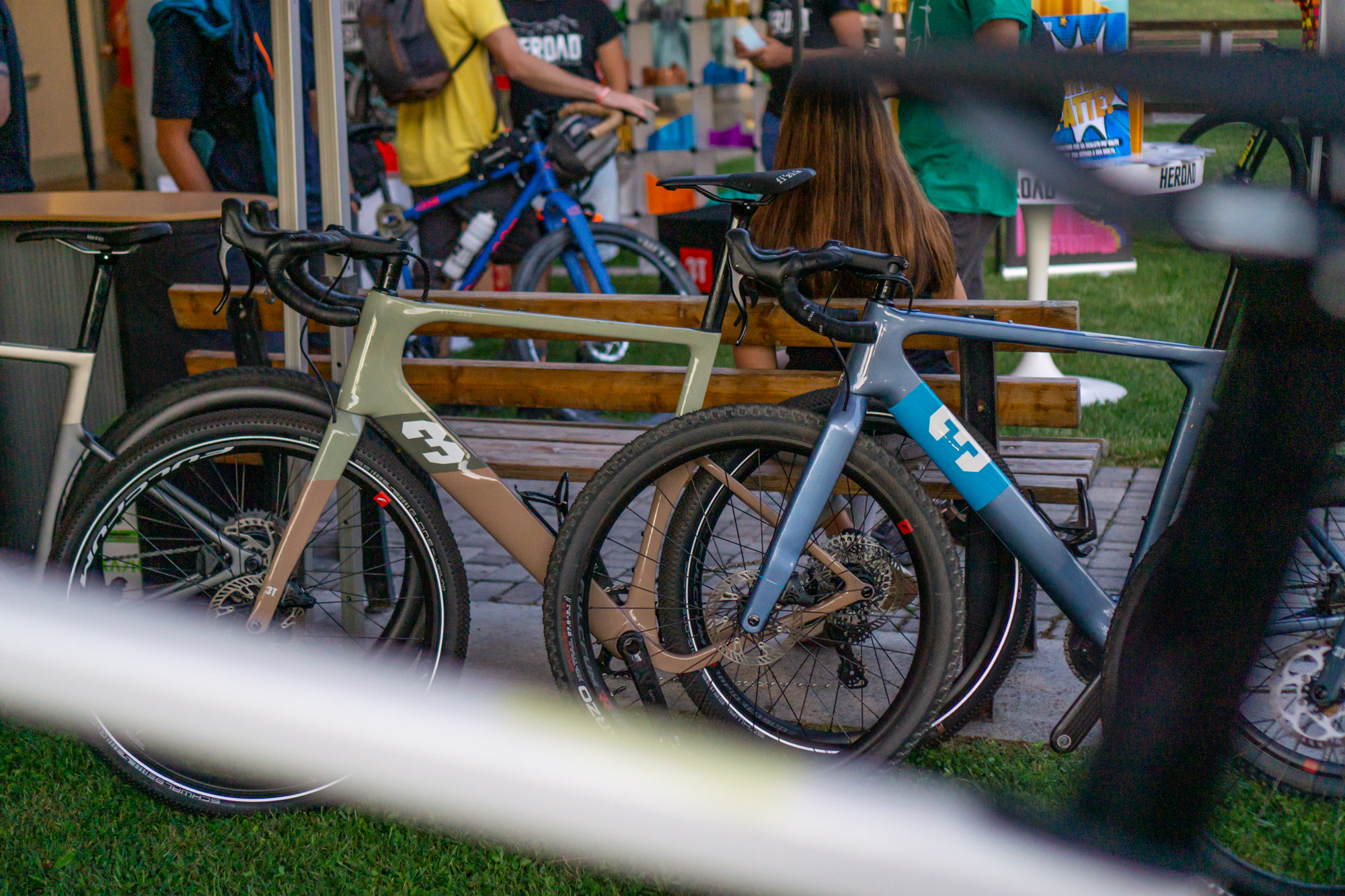 Just one year later, 3T introduced the Exploro to the world, the brand’s first gravel bike fabricated by them. With an aerodynamic and innovative design, it stormed into the market as the first full-aero gravel bike and, without any precedents, months later it would turn the market “upside-down” to become a complete sales success. In 2020, the company’s main line of business was already high-performance bicycles, thus leaving the manufacture of components and wheels in the background.

Having the possibility of visiting an enterprise such as 3T is a once in a lifetime golden ticket that must be used as soon as possible. In our case, we traveled to Bergamo, excited and willing to know more about the brand. We were welcomed by Enrique, one of the engineers from the Composite Jazz team (a 3T Cycling company) and one of those responsible for the recovery of the manufacturing of carbon frames and components. Together with him, we toured all around the facilities, especially focusing the visit on the whole fabrication process.

Made in Italy products

One of the main objectives that the firm had for some time was to return the production to Italy. After many years of outsourcing this work to Asian countries, as the vast majority of brands in the world do, 3T Italian headquarters recently recovered part of the manufacturing line and they now have the ability and knowledge to fabricate some of its products at home.

It has not been an easy road and, looking back, Enrique recognizes that the process has been very hard. They have spent time, money, and energy learning a lot about how to work and deal with carbon to always provide products of the highest quality.

A strategy to accelerate this learning process consisted of acquiring in 2016 the renowned brand THM Components and working closely with its founder, Thomas Mertin, who has more than 25 years of experience in the sector. Together with him, they learned all about carbon and the manufacturing process, to later design and start producing in Italy their own carbon cranks, the 3T Torno. In 2020, 3T decided to sell THM to Schmolke.

For the fabrication of frames they decided to bet on the use of dry carbon fiber filaments, avoiding the need to use resin (at least until the mold step when it is injected). This technique, known as “filament winding” allows them to create carbon shapes without limitations in terms of the angles at which the fiber filaments are applied. Being able to choose the type of fiber and the grades also makes it easier for them to achieve a more specific geometry and a higher performance for their bikes.

Continuing with manufacturing, the engineering team worked hard to optimize the entire process and be more efficient. They started by designing and building their own winding machines, and they managed to find the right development formula. They also made changes and improvements in the workflow to decrease processes time and increase manufacturing capacity while maintaining the same number of employees. They currently fabricate 720 units a year of the 3T Exploro RaceMax and the 60th-anniversary edition, but their goal by 2023 is to be making around 6.000. 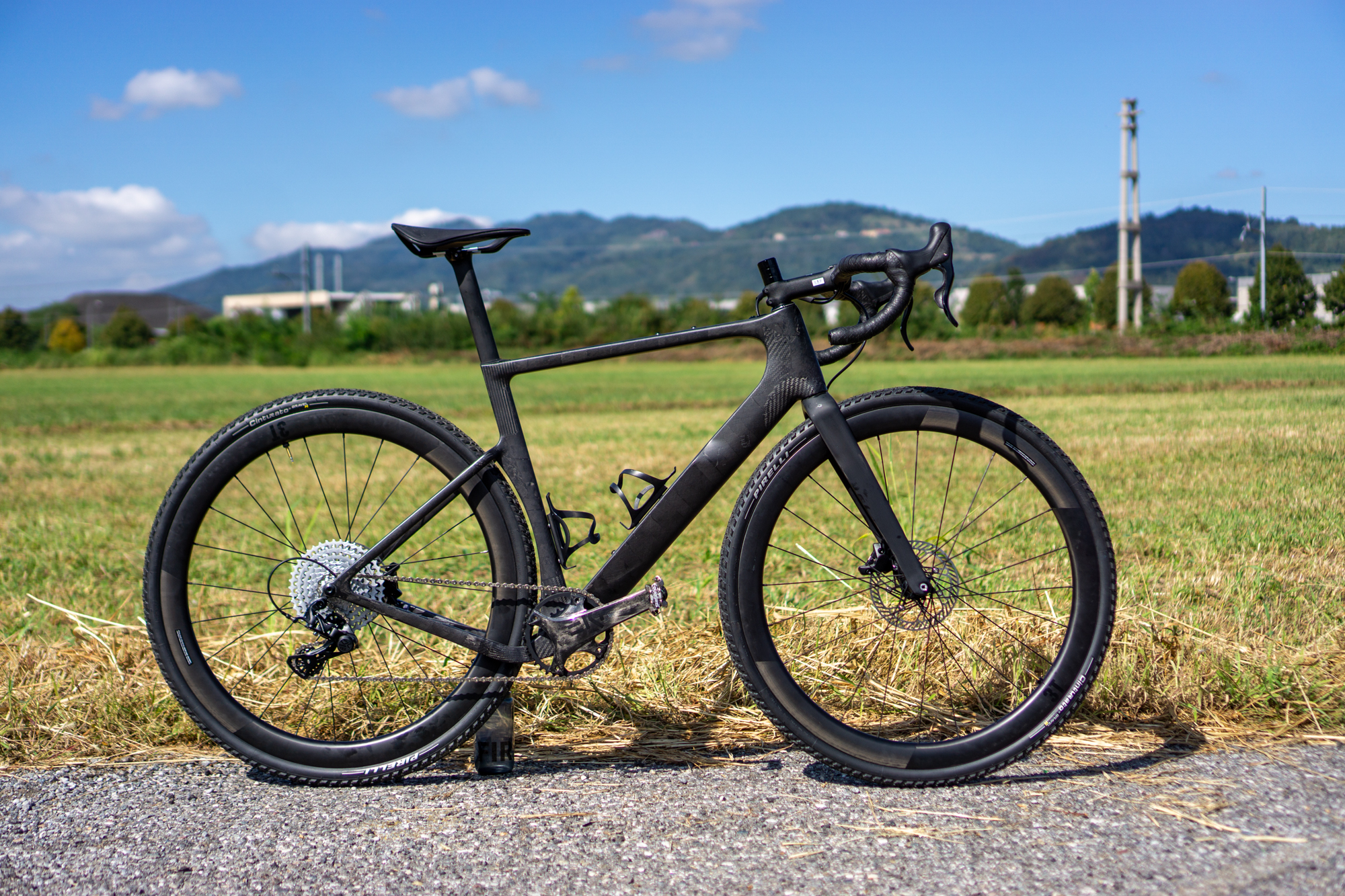 Undoubtedly, and despite the fact that they are not considering abandoning their manufacturing in Asia completely, having part of it in 3T’s own facilities allows them greater control of their products, improving them, testing them in situ, and offering the highest quality standards.

“Exploro” and the start of a new chapter for 3T

With the arrival of Exploro, 3T Cycling managed to completely turn its business model around, going from being a brand of bicycle components to being a brand that manufactures its own bikes, and not simply any kind of bike.

Since the presentation of their first bike, they have continued working in the line of innovation and unusual designs. As a result of this strategy, Strada was born, a road bike with an aerodynamic character, a single chainring (now optional with x2), a larger wheelbase to be able to use wider tires, and a significant curvature in the vertical tube. Although it did not have the success the brand hoped for, it was another great proof that 3T was betting heavily on creating high-performance bikes with a great design and different from what could be found on the market.

The evolution of the first Exploro has been the RaceMax and, later, the Boost to reach those riders who are looking for an e-bike option.

As for the RaceMax, they have made some changes to the level of the tube of the frame, which takes the aerodynamic line of the original Exploro to a higher level. Furthermore, they have extended the tire clearance a bit more, which now supports up to 54-61 mm on 650b wheels or 35-42 mm on 700c. A really fast and reactive bike specially designed to fly on gravel tracks.

Taking advantage of the anniversary of the Italian company and its major project to bring the production of carbon fiber high-end frames back to Italy happening at the same time, the team of 3T has created a very special limited edition of 60 units of its RaceMax totally made in Italy.

A super-light bicycle with high-quality finishes and custom painting for the occasion are complemented by complements by Italian brands, among which we would like to highlight the Campagnolo Ekar group.

To round off this limited edition, the bike is delivered to each customer in a box called The Dreambox in which the RaceMax is hidden, along with matching clothing, shoes, helmet, and sunglasses. This amazing box opens automatically when you operate a remote control and will leave us open-mouthed every time we go to take our bike thanks to the mesmerizing movement of the side hatch and the set of led lights that illuminate the interior of it.

Taking advantage of our visit to the 3T Cycling factory…

Many years have passed since 1961 when Mario Dedioniggi founded…