In case there were still any doubts, The Traka was reaffirmed last weekend as one of the leading gravel events on the continent. The quality of the events organized by Klassmark, the success that precedes them and the values ​​they share, have positioned their races at the top of the gravel scene.

A new edition of The Traka has ended with 800 participants from more than 35 different nationalities and a flawless organization, resulting in two days full of emotion in the Girona region.

After two years constrained by the pandemic, one could feel the expectation for this event among participants and dotwatchers. Amateur cyclists, young riders with huge potential in search of exposure, and ex-professional cyclists with the intention of finding a more adventurous cycling in gravel came together at The Traka.

The level of the names that took the top positions in the different distances and disciplines speaks for itself, and with a simple glance at the results sheet one can see the variety of profiles that lined up in Girona.

In The Traka 360 we saw for the first time the long-awaited battle between Mattia de Marchi and Lachlan Morton, who soon took the lead ahead of the rest and shared the first position until the rider from EF Education – EasyPost broke his saddle. He managed to fix it, losing some valuable minutes but crossing the finish line in second place.

For the second year in a row, the Italian from Enough CC was the winner, with local legend Tomi Misser rounding out the podium. He beat Diederik Delen and Ulrich Bartholmoes in the sprint. After 18h and 30 minutes, Marion Dziwnik crossed the finish line to proclaim herself the winner in the women’s category, leading Alba Xandri and Virginia Cancellieri by more than an hour.

As for the 200 km distance, the Catalan Lydia Iglesias held the pressure of the newcomer in gravel Maria Vittoria Sperotto, second, and the Icelandic Maria Gudmundsdottir. In the men’s category, a group of seven riders got in the breakaway right from the beginning, and they fought for the victory. The Dutchman Ivar Slik beat his compatriot Piotr Havik in the sprint, with the Swiss Konny Looser just behind.

Behind the Klassmark brand we find a small team of human beings that is in charge of keeping the engine running. An energetic group willing to do things differently, with clear values ​​and the utmost respect for the environment.

“Over the years my madness has become more evident, but people already know how I am and I can act normally” – Gerard Freixes, Klassmark founder and CEO

At the head of this team we find Gerard Freixes, a true lover of nature and sports. After several years as a professional snowboarder, Gerard was forced to look for an alternative to his career because of a serious injury.

He and his wife Cris decided to return to Girona and try their luck organizing events related to sport. Little by little the project took shape and from there what we know today as Klassmark was born. The events they used to organize at the beginning have nothing to do with their current race calendar. Where in the past we could find a motocross race, now we have running and cycling events with zero environmental impact.

No nature, no future

One of the things that differentiate Klassmark from the rest of the organizers is their values ​​and their constant fight against the deterioration of the territory and climate change.

Their motto No nature, no future is much more than four words. The progressive loss of rural life, the increase in tourism, and many other factors that are harmful to nature, have made Gerard and his team take action to try to stop this trend with the tools they have at their disposal.

We have seen Klassmark organize an uncountable number of waste collections in different parts of the territory or claim respect for nature through specific actions on social networks, but their values ​​go beyond that and are also transferred to all the races they organize.

In this edition of The Traka, the organization has managed to offset the carbon footprint produced by both the event and that of all the event’s participants.

Small changes such as handing out organic cotton t-shirts, eliminating single-use packaging, installing fountains instead of handing out plastic bottles, or opting for local suppliers mean that the environment is not negatively affected by the existence of events like this one. As they say, “the only trace that these events want to leave is the memory of all its participants.”

Both publicly and internally, everything at Klassmark is done with nature in mind. They have rejected sponsors for not being aligned with their vision, and they will continue to take the necessary measures in order to minimize their impact on the environment.

Gerard mentions the responsibility that outdoor leisure practitioners have to maintain the essence of nature. “When I went on a trip outside the city as a child, you would find people working in the fields. Where there used to be a masia there is now a farmhouse hotel”, he tells us with resignation.

Although there are causes that neither he nor Klassmark can remedy, when making decisions, the Catalan company bases itself on what is best for the present and future of the environment. No nature, no future is their motto, and they are faithful to it.

In the short term, they intend to reduce the number of events on their calendar, prioritizing quality over quantity. They do not want to overcrowd any of the events they decide to keep, and they want to persuade the participants to prioritize the connection with nature.

“If one day we see that one of our races becomes excessively professional, we will only time a few sectors to try to maintain the essence of the adventurous spirit”

In recent months we learned of the news that Ranxo, one of the races that Klassmark organizes, was selected to be part of the UCI Gravel World Series, whose calendar will feature 12 gravel events from around the world in its first year.

The main reason for the interest in organizing a race in collaboration with the UCI is to be able to show the world the potential that Lleida has. While neither Girona nor The Traka need greater media exposure given that the entire cycling community is already aware of their virtues, Lleida, also located in Catalonia, is a territory with endless choices for cyclists to discover.

As Gerard tells us, there are several differences between the gravel that we can practice in one place and another. “Gravel in Lleida is much more remote. You feel like there is nothing around you”. On the other hand, the vast majority of gravel tracks in the Girona area are located near cities or towns, so it is difficult to see landscapes like those that characterize the central area of ​​the United States, for example. 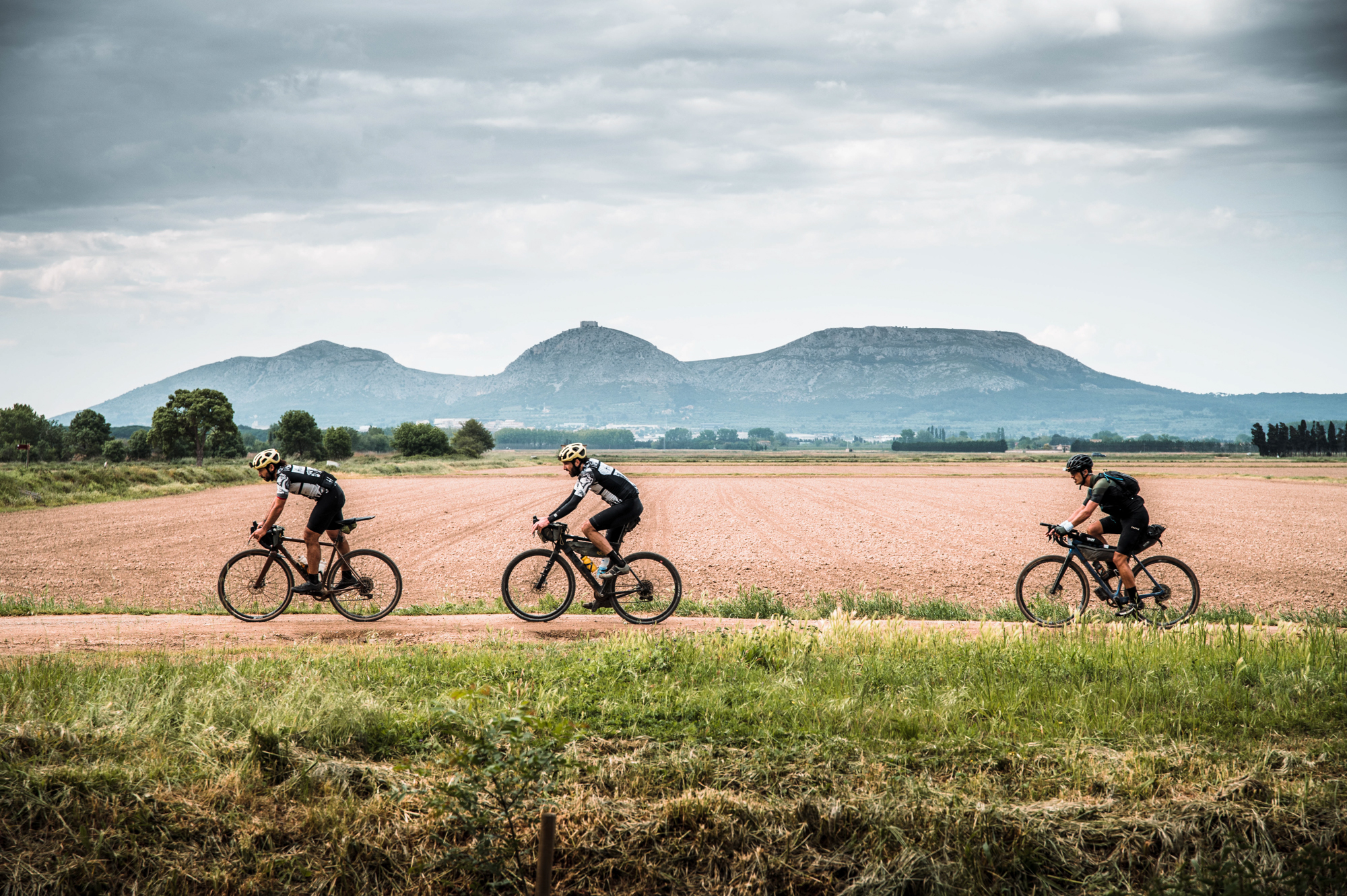 Ranxo is the next gravel event on the Klassmark calendar, and taking into account the know-how of the organizers and what it means to be part of the UCI Gravel World Series, we are all excited to see what this race has in store for us.

It would be weird to say today that gravel is…