Last weekend we went to the Mediterranean city of Benidorm to attend one of the must-events of this cyclocross season. Eleven years have passed since the UCI Cyclocross World Cup came back to Spain but, finally and after a lot of effort, it happened, and what an incredible show and venue it was. 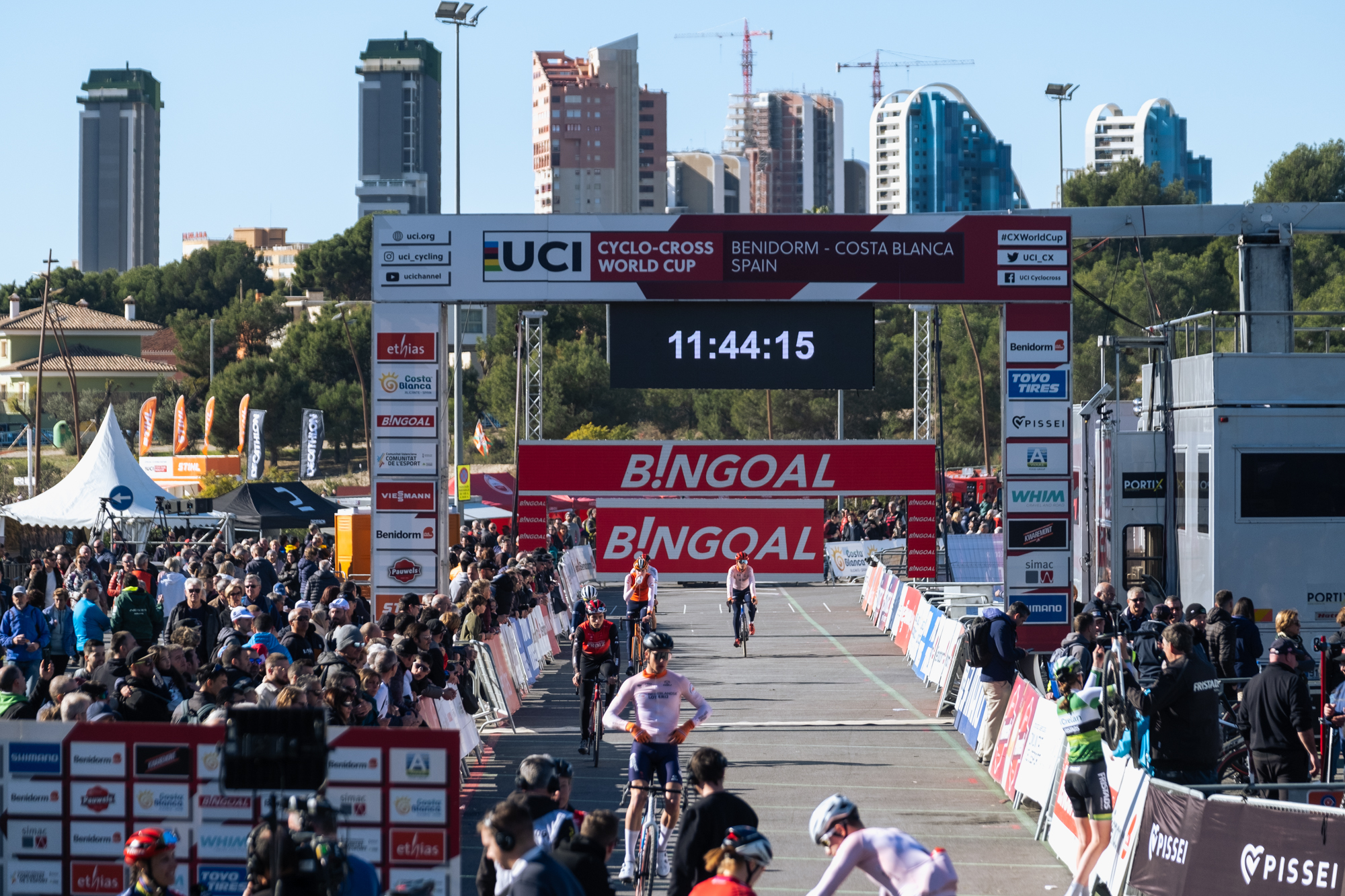 The Costa Blanca has been a great reference point for years for professional teams and also for amateurs since you can enjoy cycling and spend long hours in the saddle, especially in winter. Its weather conditions and the endless number of routes that the area offers make it one of the essential stops for all cyclists.

One of the greatest challenges of the organization was to create an event in which the races were just a part of a cycling complete party. We had a weekend full of competitions for all tastes, genders, and ages, with Sunday being the most anticipated day for the top categories.

With more than 15,000 sold tickets and the “sold-out” sign hanging at the door the week before the event, the participants and the public themselves were able to experience an incredible atmosphere. There was not a single free spot all along the course, especially in the technical areas packed with supporters and lovers of this discipline. People did not want to miss the opportunity to see the best riders in the world dealing with the obstacles and all the difficulties that the terrain exhibited.

An important handicap when organizing an event like this is finding the ideal place to create the layout of the course. In the city of Benidorm, where skyscrapers are the protagonists, one can find Parque Foietes, which has a park for everyone and a forest area that adjoins a large parking lot and a sports area with various facilities such as a stadium or a football field. In summary, an ideal space that resulted in the perfect candidate to organize a race as such.

The circuit had all the necessary ingredients that are required in a World Cup event: sandbanks, barriers, stairs, ramps, twisty curves, changing terrain… Any point on the course, mostly dry, fast and very dynamic, brought emotion to each one of the races that took place. 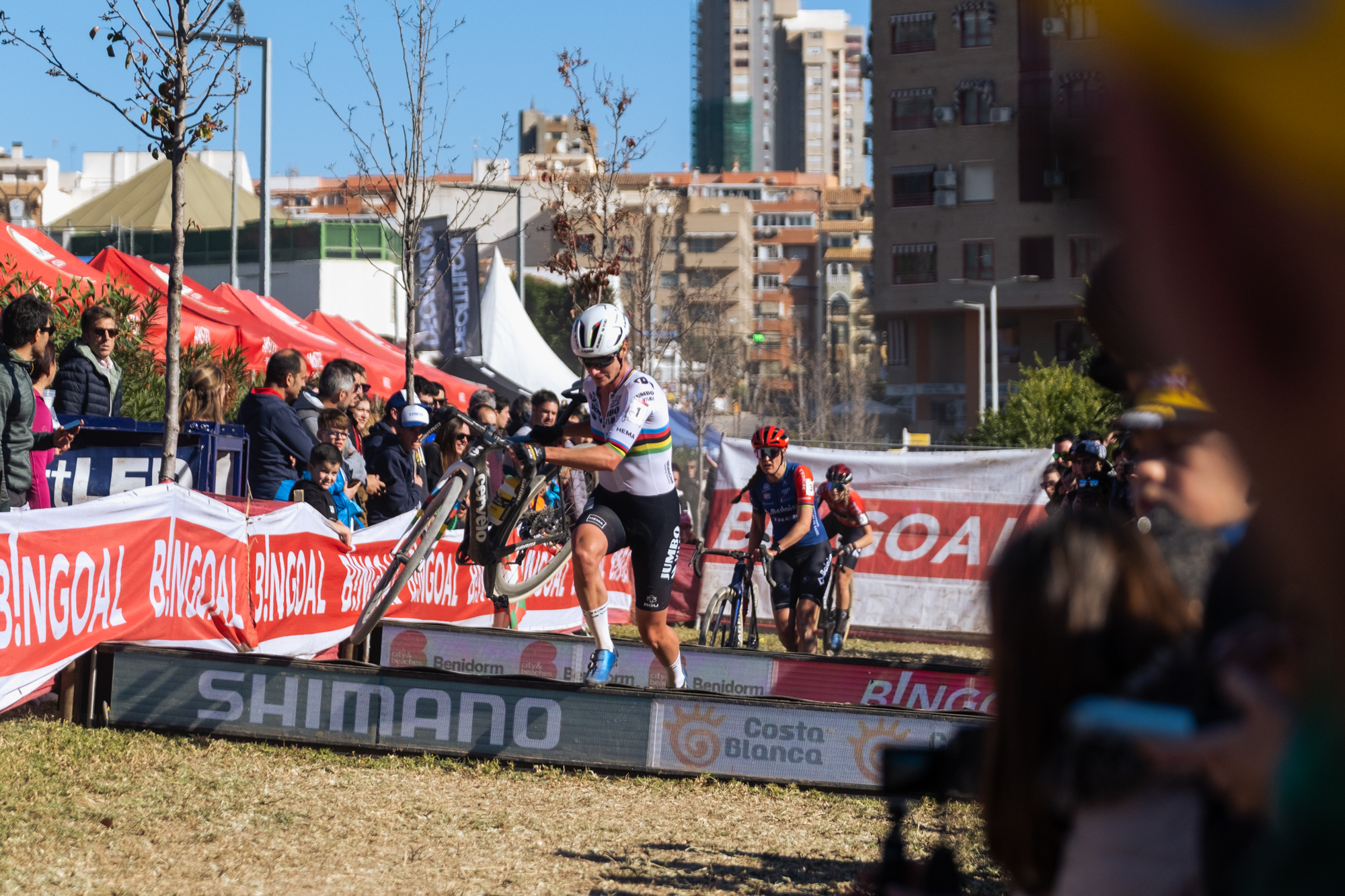 A show in all categories

We had a show throughout the weekend, Saturday with master, youth, cadet and school races, as well as official training sessions, and Sunday with the under-23 and elite women and men categories. 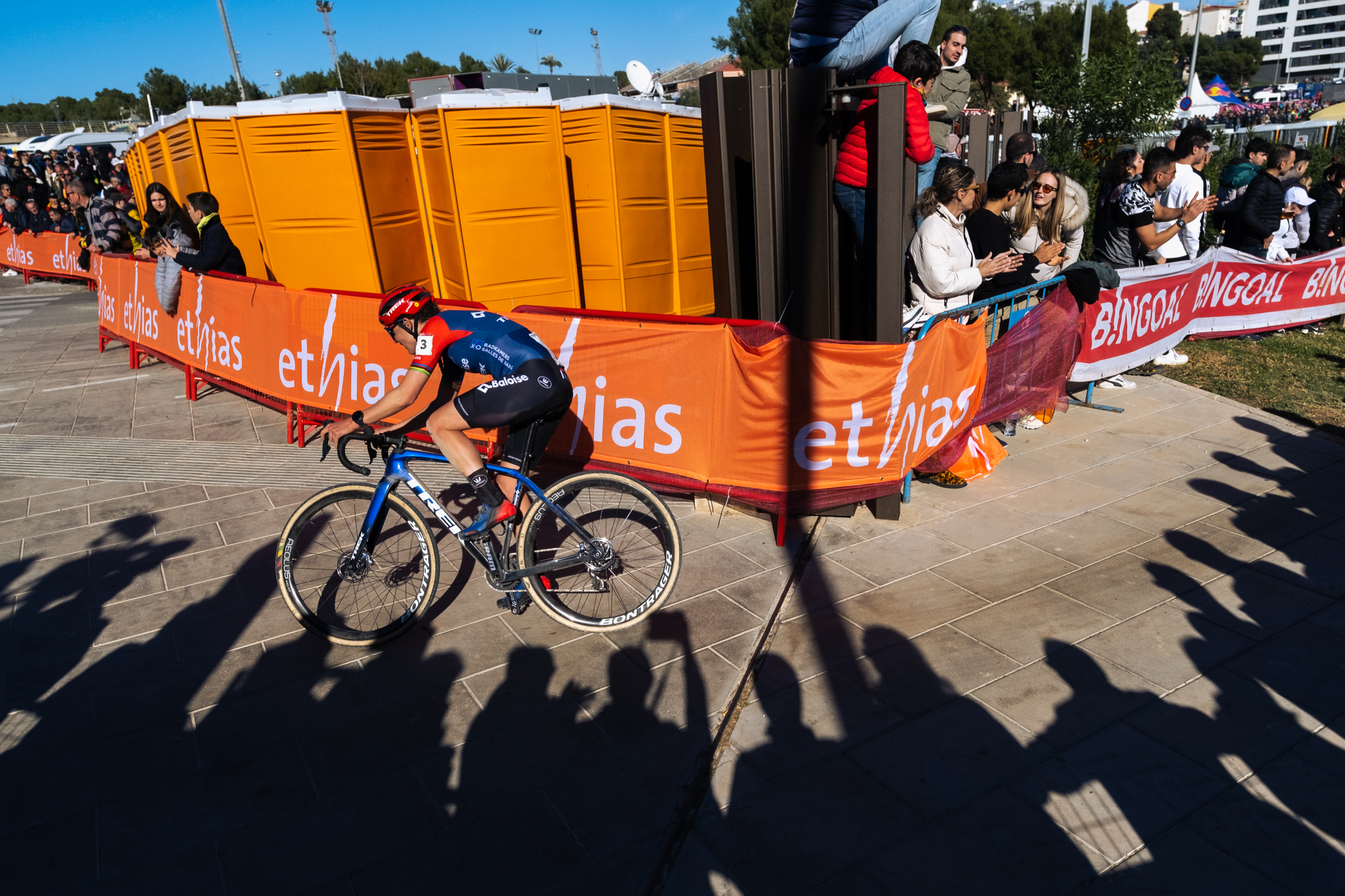 In the elite women’s category, we were able to see the best riders in the world of the discipline. It turned out to be a very fast race in which the head of the race was literally flying along the course. Lap by lap, the riders Fem van Empel and Puck Pieterse managed to open up a gap from the rest and it became a head-to-head duel for victory. Finally, Fem van Empel was the one who took the victory and, thanks to the points obtained, the Dutch rider became the leader and mathematical champion of the World Cup in her category, with still one race to go.

Regarding the elite men’s category, despite the fact that the current world champion, Tom Pidcock started like a rocket and tried to open a gap from the start of the race, his closest rivals did not let the breakaway succeed and they soon managed to take control of the race. We experienced an incredible show, the technique, physical condition and skills of all the riders alongside the cheers around the circuit, kept the public encouraged euphorically throughout the entire race.

The last lap was coming and if there was a dream finish for the supporters and the organization itself, it was undoubtedly a duel between the eternal rivals, Wout van Aert and Mathieu Van der Poel, and that is exactly what happened. An incessant battle between these two cyclocross experts, lap after lap, was not resolved until the last corners and final sprint to the finish line, in which the Dutchman raised his arms as he arrived in first position. Laurens Sweeck, with a deserved fourth place, maintained the points lead and was proclaimed champion of the 2023 World Cup.