Looking back, all of those who participated in the Red Hook Crit series will remember the cool Aeronumbers that were attached to the saddle post of the bike before each race. Provided by Ass Savers, they were robust, seamless, customizable, and allowed to place a timing chip. However, what really became the flagship product of the Swedish brand was their mudguard, introduced back in around 2013. It soon became the market leader among mud protectors, as it stood out for its minimalistic design allowing it to be easily attached to the saddle rails to keep you clean in wet conditions. 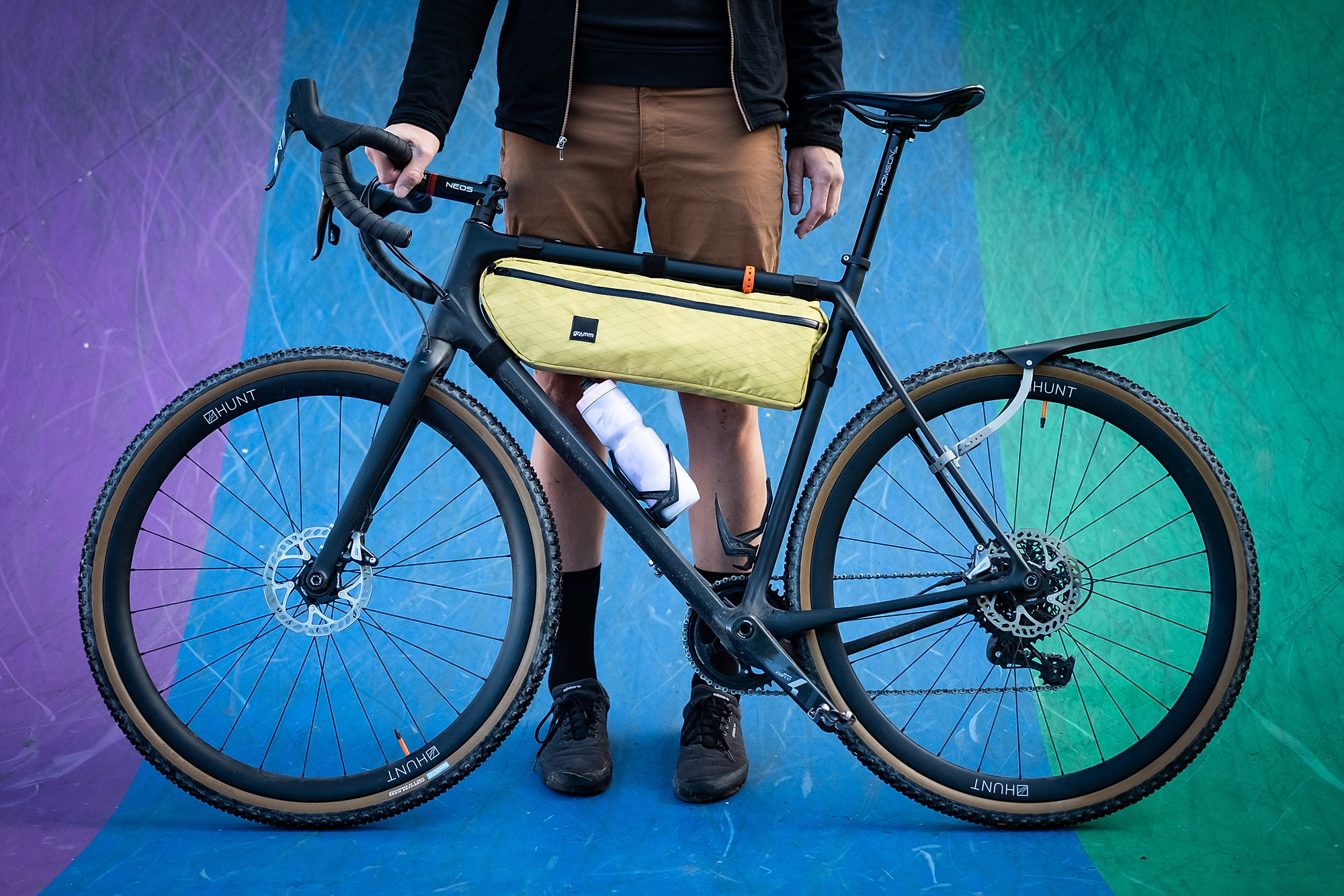 After that, people in Ass Savers have been thinking of new ways to provide enhanced mudguarding protection in a simple, lightweight, and fashionable manner. In this quest, the Fendorbendor appeared as a wider and longer mudguard that granted more protection. Then, they moved to the front part of the bike with the release of the Mudder and the Speed Mullet to protect you from the front wheel splash. Now, after thinking out of the box with multiple prototypes and iterations, they are releasing the unprecedented Win Wing, the ideal rear wheel fender with a completely new concept while maintaining the minimalist style.

Gravel is now a cycling discipline that has brought the bike touring category to the ultimate performance level. Wet and muddy terrain is often found in gravel races, making mudguards an essential piece of equipment to enhance ride comfort and performance. Traditional mudguards are either too heavy, difficult to be fitted (new models rarely include any holes), cannot handle rough terrain, or are sensitive to knocks and misalignment.

With the focus on overcoming those drawbacks, the Win Wing comes out as the perfect solution. It is composed of a robust plastic structure that attaches to the seat stays and goes around the wheel with a light plastic blade that goes on the top at barely 5-10 mm from the wheel. The Win Wing fits practically any road or gravel bike, as the attachment system consists of a simple stretchable zip tie.

The close positioning of the wing substantially reduces the upwards splash and becomes barely unnoticed, protecting the rider in even the worst conditions. No matter the terrain, wet tarmac roads or muddy grassy single tracks, the Win Wing will not get jammed and rattle around like a cowbell. 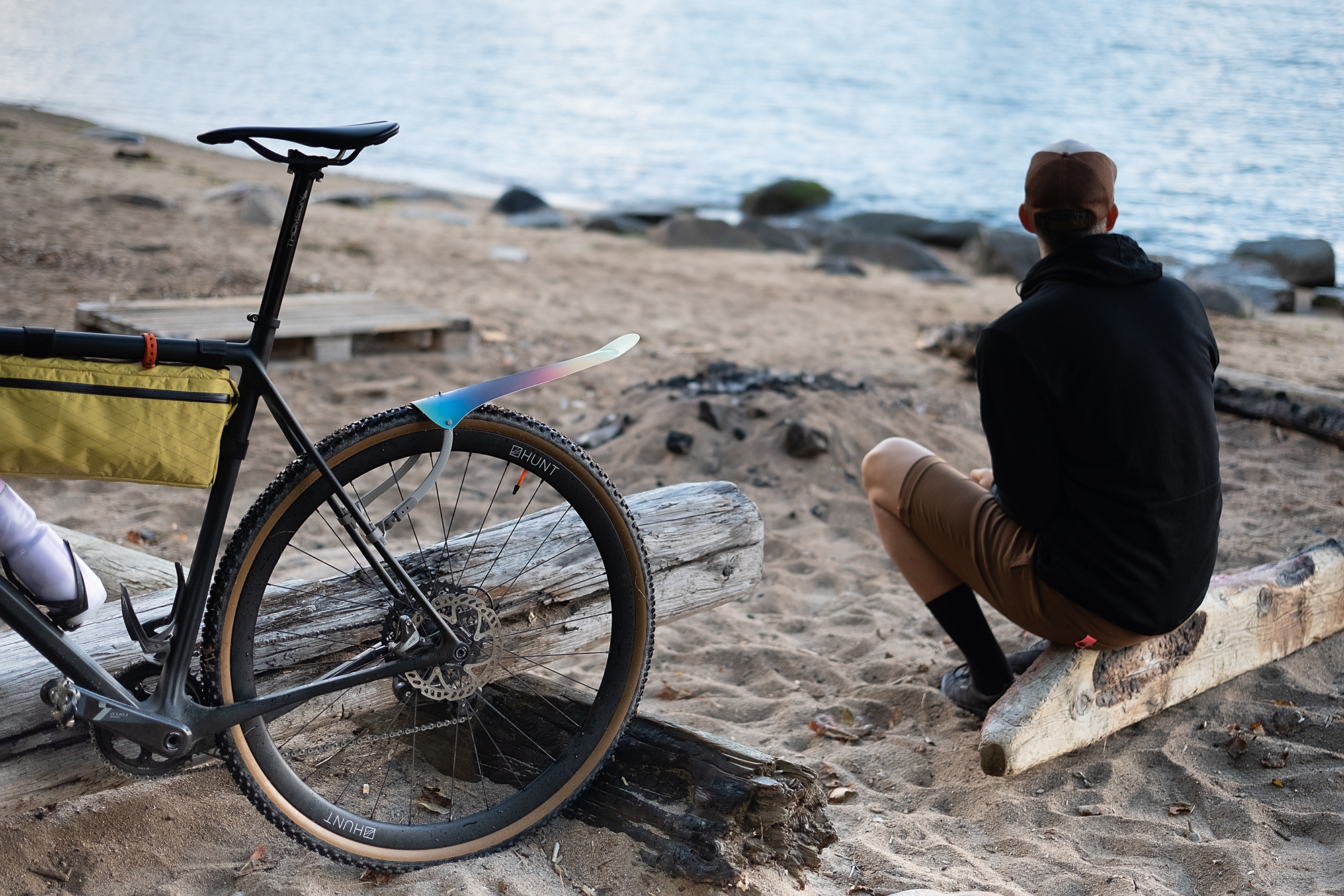 The key to understanding how the Win Wing works lies in physics: water and mud leave the wheel in a straight line from the tangential point of release. By shielding the upper rear quarter of the wheel, the Win Wing eliminates spray from reaching the critical areas of the rider and increases comfort.

The Win Wing comes in two sizes, with the Road version at 64 g and the Gravel at 72 g, a featherlike weight that goes unnoticed by the rider. Aside from that, the top blade is exchangeable so that you can match the colors of your bike, make it even more discrete, or add some flavor by asking for a customized one.

It rarely rains where we live, but on a random rainy morning, we had the chance to try the Win Wing on the daily commute to work. Mounting it on the bike was straightforward and fast. Once the structure was in the right position, the zips stretched easily to be tightened up and make sure the mudguard would not move. Then it was time to put the top blade at the right angle, as three positions are available to match the seat stay angle of each bike.

On the ride, as expected, the light weight made the presence of the Win Wing imperceptible. Whether we passed through rough terrain or climbed some sidewalk steps, the mudguard did not move (we observed no signs of wheel rubbing). The most important thing was of course that we had no mud traces on our backs. It was raining, so we got wet, but the saddle post, saddle, and back part of the raincoat were free of debris, mud, or any kind of unwanted traces from the road.

Not only did we have the opportunity to test it in the city but also off-road, since being one of the main sponsors of the last edition of BBBC, Ass Savers brought a few Win Wings so that we could all try them. There we had the same satisfying experience, easy to install, unnoticeable, and always safe from mud that could have dirtied the back and rear of the bike.

All in all, the Win Wing is a minimalistic mudguard that you can customize and add to your bike without diminishing your performance but improving it by providing extra comfort while riding in wet and muddy conditions.

Looking back, all of those who participated in the Red…