Mike Vlietstra and Martijn van Strien launched the Ride Beyond Crew in 2020. With the main purpose of making the most of their time on a bike, they have explored the world with more cycling friends and taken part in some of the most challenging cycling events.

The content they create during their adventures has caught the attention of cycling enthusiasts and brands over the last couple of years, and they now have a big audience eager to see them take on the toughest events one could think of. What is clear is that they do not pretend to be heroes or race machines, and they do not hesitate in showing their low moments on camera. Their followers can relate to their feelings, and that increases their engagement. 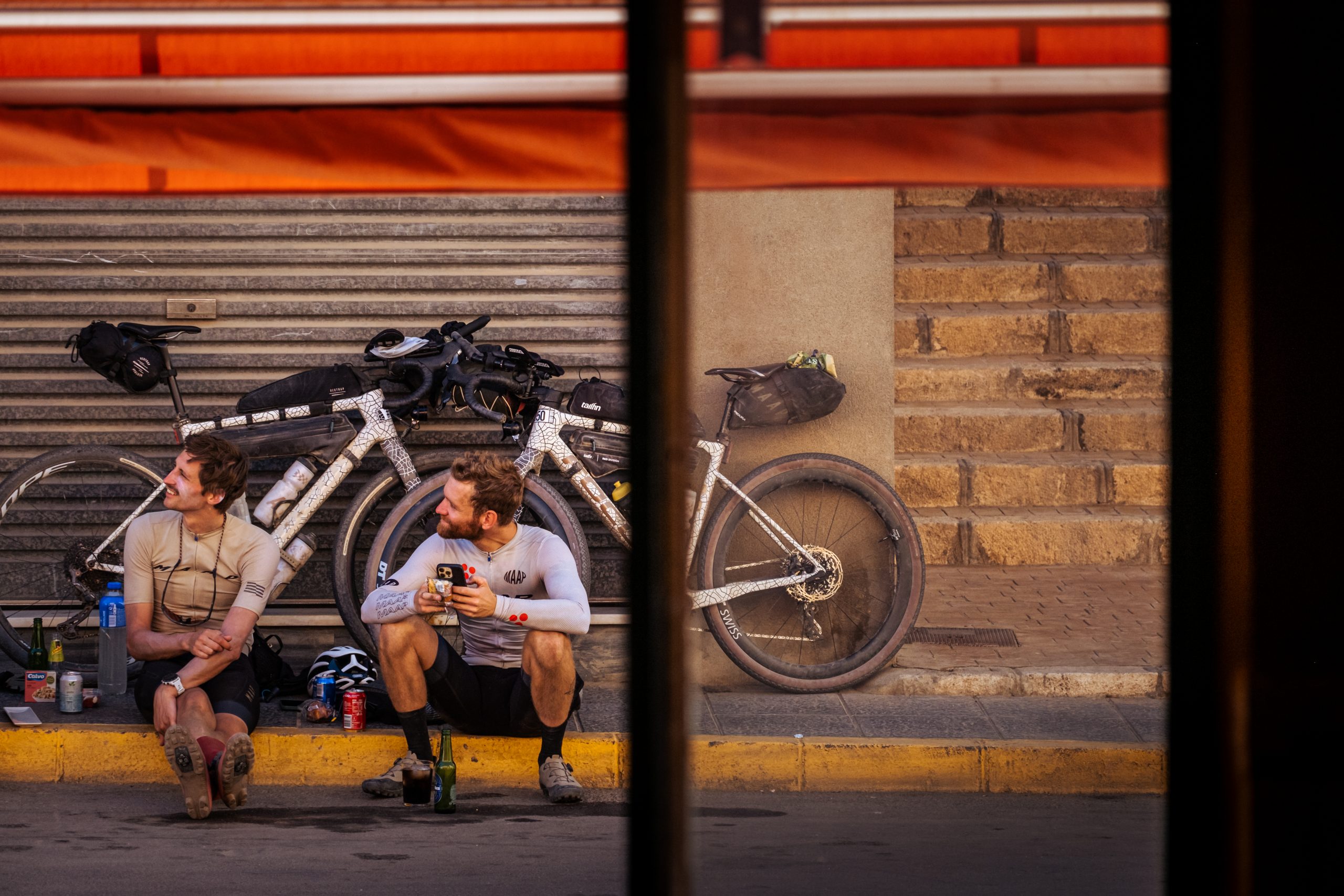 The members of the Ride Beyond Crew have the privilege to get a spot for almost any gravel event they have the intention of riding, and they take advantage of this position by documenting the whole experience. Finley Newmark joined the crew in 2022, and being a top content creator himself, we have already seen a couple of examples of the material they come up with when they gather for a cycling adventure.

They are premiering today (October 14th) the video about their experience in Badlands, the prestigious off-road event in Spain. For this occasion, it was Martijn, Finley and Jelmer taking part in the race as solo riders. Last year Mike participated in the event but the heat was too much for him, so this time he was part of the media crew instead. 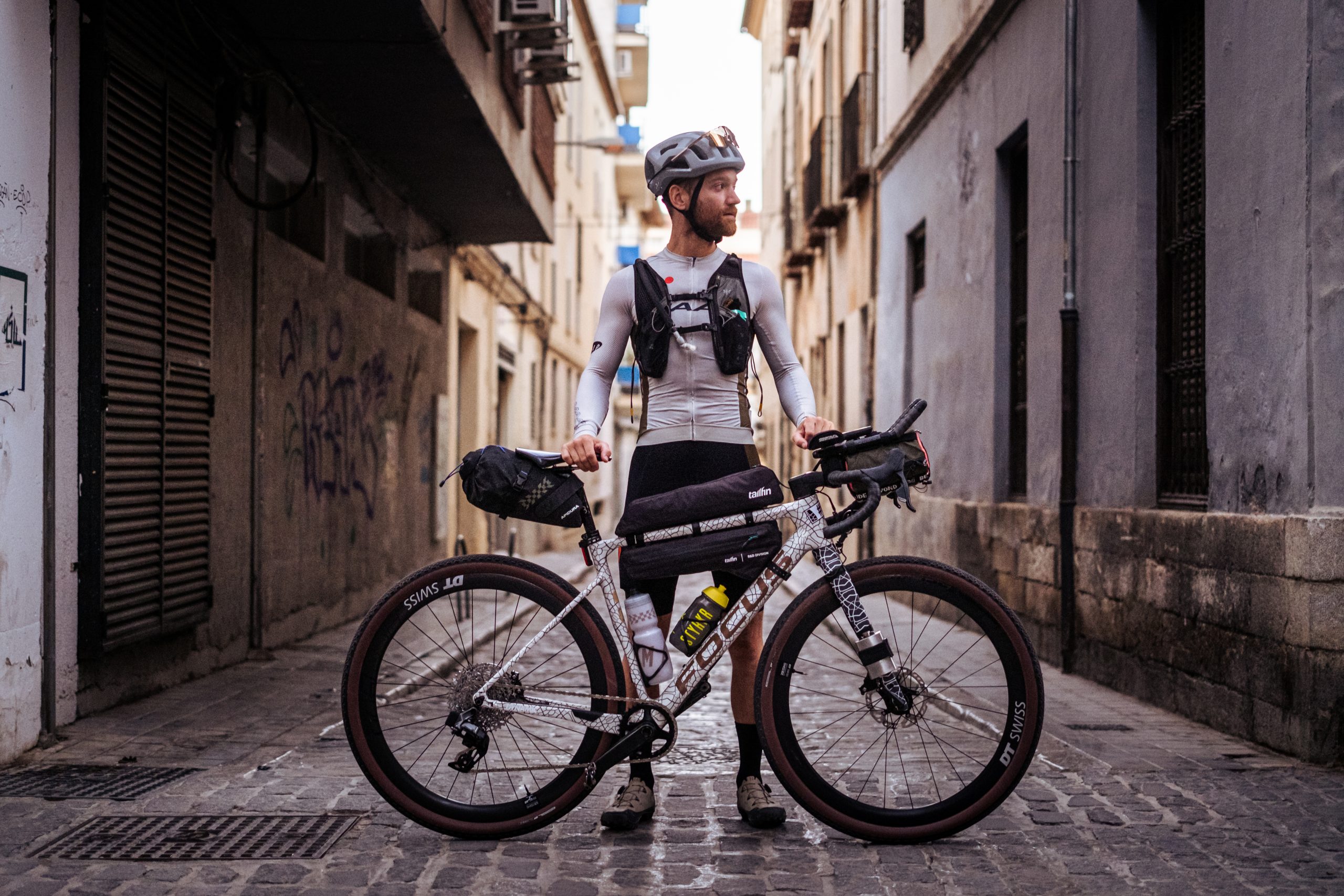 The 2021 edition was their first ultra-distance gravel race, and the hype for everything Badlands related, together with their high-quality production, resulted in a successful video that has been watched over 238K times already. It caught the attention of those who were still not aware of the existence of Badlands, and some of them lined up this year inspired by their achievement.

Shortly after the start, the three of them followed their own pace. Martijn was ahead of the other two after the first 100 km, and by that time Finley had already suffered a puncture and the first of his multiple nose bleeds. Things were not looking great for Jelmer, as he was already struggling with back and knee problems.

Martijn and Finley came across each other in a restaurant just before the Gorafe desert, and that was the last time that they would see each other. With different eating and sleeping schedules, it was better to stick to their own plan instead of trying to ride with other fellow participants.

Jelmer was the first one to lay on the bivy he carried with him, Martijn decided to finish his first day of riding once he left the Gorafe desert, and Finley kept pushing after unsuccessfully trying to fall asleep.

In events like Badlands, minor issues quickly become big problems, and it is very difficult to find a solution due to the lack of proper rest. Martijn reached a point in which he had to step off his bike and walk any time that the gradients were above 5%, accusing some stomach problems. “What I wanted to do was to find my limits, and I think I have already kind of found them. What would make me proud would be to find my limits and still finish”, he said while getting ready for the second day of riding. 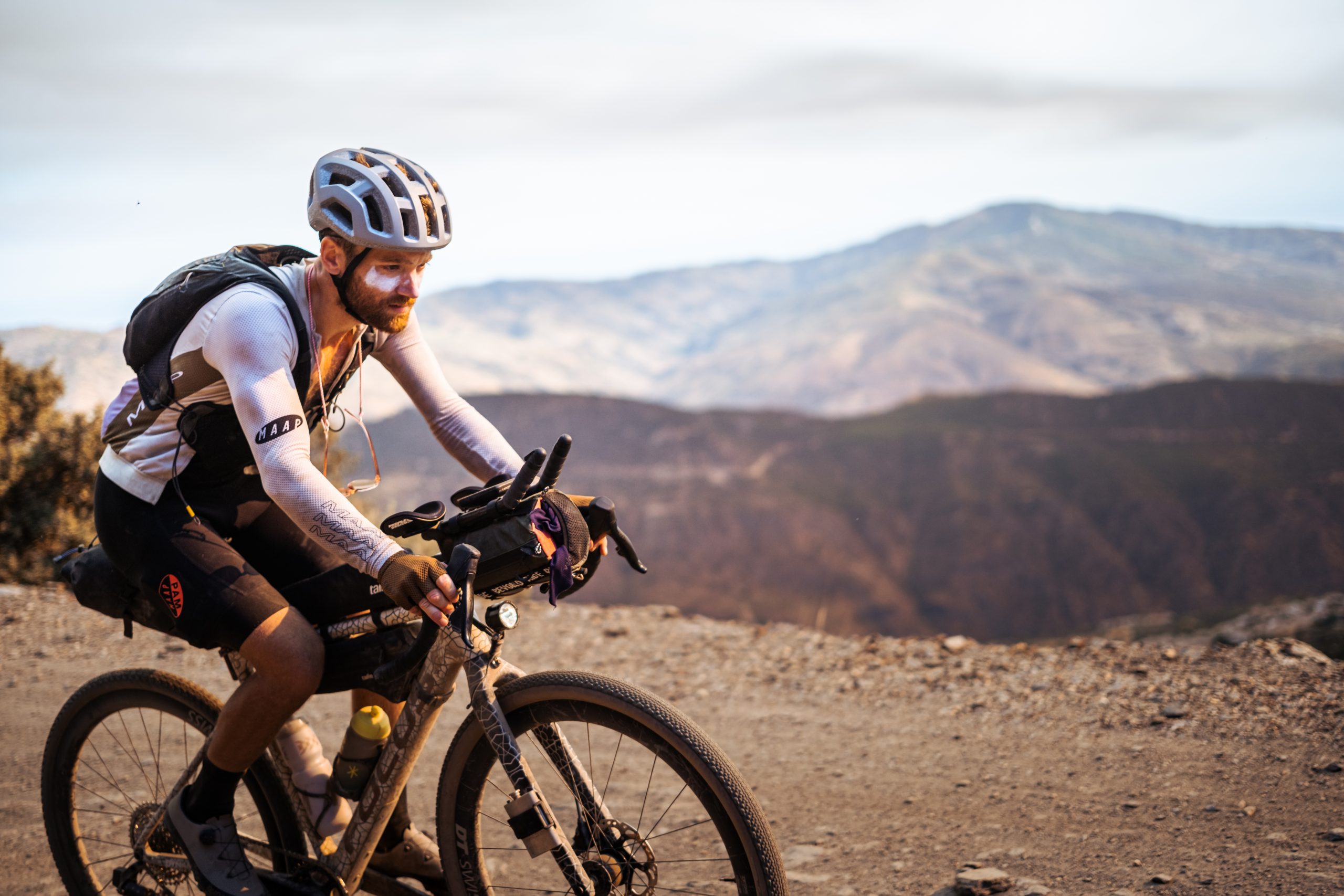 Calar Alto was the highest point of the route and, although riders climbed to the top mainly on smooth surfaces, the altitude made it really tough. By that point, Martijn’s morale was higher, and the hour-long descent after reaching the top was very welcome.

At the end of the second day, Finley had covered 394 km and Jelmer was at km 310, moving at a steady pace. Both Martijn and Finley found a proper place to rest, hoping that the better quality of sleep would compensate for the lost time looking for the hotel.

Martijn had to temporarily leave the official track marked by the organization, but the situation was quite bad and he preferred to ride an extra 20 km once rested rather than pushing when there was no energy left. He came with the intention of improving his time from last year, but pushed too hard on the first day and got dehydrated, which prevented him from properly eating.

During Martijn’s deroute, Jelmer caught him and they met in Tabernas, but once again they quickly realized that it was better to stick to their own individual plan. The following shots in which they appeared followed the same pattern; Martijn fixing flat tires and Jelmer delighting us with his good sense of humor even in those circumstances.

At the same time, Finley was placed in a decent position but struggling to find the purpose of continuing. “Why?” they asked themselves many times over those days. This attrition-style way of riding totally contradicts the things that made us start riding bicycles in the first place, and although before the start they knew what they were looking for with their participation, it was difficult to find a rational reason to continue pushing.

There was also a touching moment when Finley could not stop emotion to take over when remembering the late Sule Kangangi, with whom he shared a lot of moments over the last years, and who took part in Badlands last year finishing in 6th place. There are a lot of lonely moments in these events that not even having someone with a camera in front of you can alleviate. 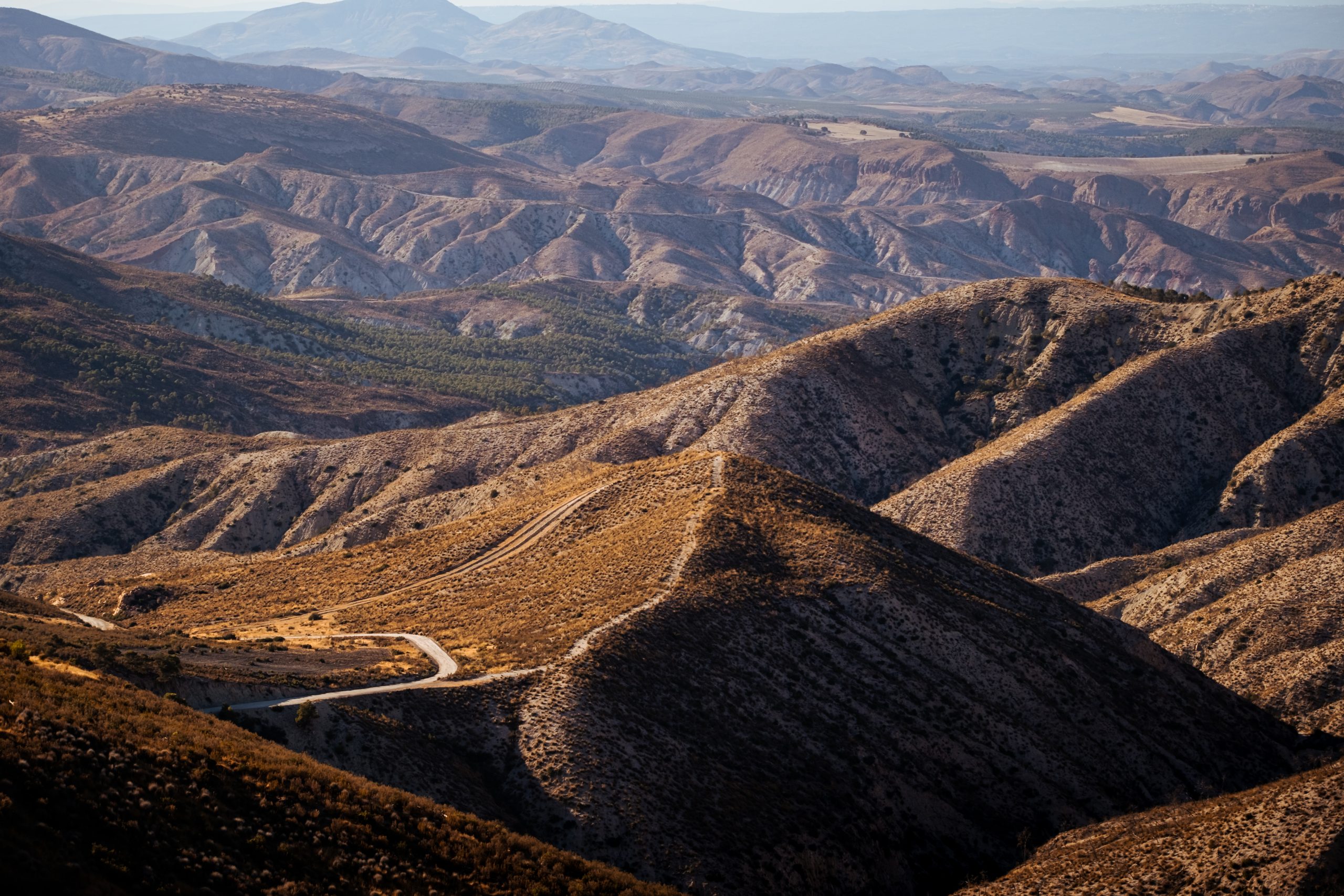 In the end, he was the first of the three Ride Beyond Crew riders to cover the 780 km of the route. He finished 72 h and 56 min after the start in Granada, being the 32nd finisher in the solo category. Martijn could not improve the time that he and Mike set in 2021 as a pair, but given the circumstances let’s not take away any merit as finishing a route like Badlands is already a huge accomplishment. Jelmer wrapped it up after 109 h and 53 min, which meant that all the Ride Beyond Crew riders arrived safe and sound.

Relive all these moments by checking the full video that has just been launched. Expect all types of emotions and amazing landscapes throughout the film, which will make you more familiar with what a race like Badlands entails.