It’s been a long time since the Belgian bicycle firm launched the Ridley X-Trail in 2015, which they baptized as an all-road bike. This model was designed to alternate the road with mixed terrain and led the way for what would later end up being the brand’s gravel line. Since then, the evolution in this direction has been constant.

During the last edition of the Road Bike Connection we had the presence of Ridley as one of the participating brands and we were lucky enough to see and even try the new Kanzo Adventure.

Although it is true that on many occasions the brands are limited when making improvements to existing models in order to renew their catalog, in this particular case, we face a considerable rethinking and improvement of the bicycle. A redesign that is fully aligned with the value in the gravel market that the brand is targeting and completes a broad collection of available options by Ridley within this category.

One of the main features of the new Kanzo Adventure is its geometry. Engineers have taken inspiration from mountain bikes to shape this bike. It has a greater angle of the head tube which, consequently, makes it have a longer wheelbase and is more stable. On the other hand, they managed to maintain the same responsiveness by mounting a slightly shorter stem and thus not lose that control and handling feeling. 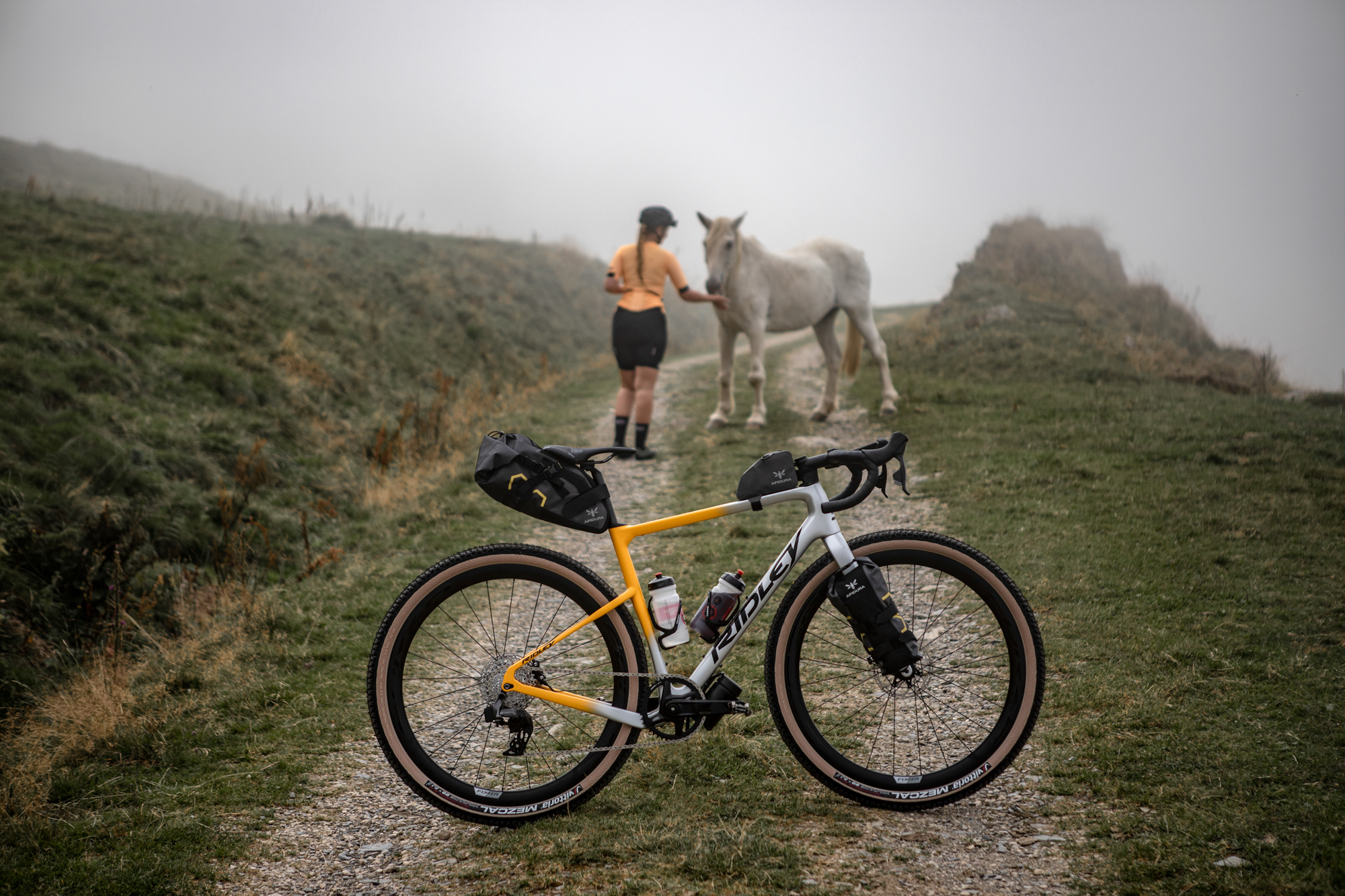 Continuing with the head tube, the Ridely team chose the length of this part of the frame very well to offer users the possibility of being able to mount a suspension fork for gravel without affecting the geometry too much.

Other notable aspects of this frame are the bottom bracket and the vertical tube. On the one hand, the height of the bottom bracket with respect to the ground has been reduced to achieve greater stability while riding the bike. On the other hand, advancing the position of the vertical tube a few degrees has allowed them to obtain a more compact geometry. This modification provides greater performance on steep slopes and with a loaded bike, since having the center of gravity more advanced means pedaling without losing traction.

If the intention was to enhance the name of the Kanzo Adventure and give it more meaning, it must be recognized that they have achieved it. In this new version, they have incorporated more mounting points to be able to add all kinds of accessories designed for adventure. Now, we have seven mounts on the down tube (four up and three down), and three mounts on the vertical tube, which allows endless options without having to worry if the frame bag is going to bother you to grab the bottle or other complex combinations. 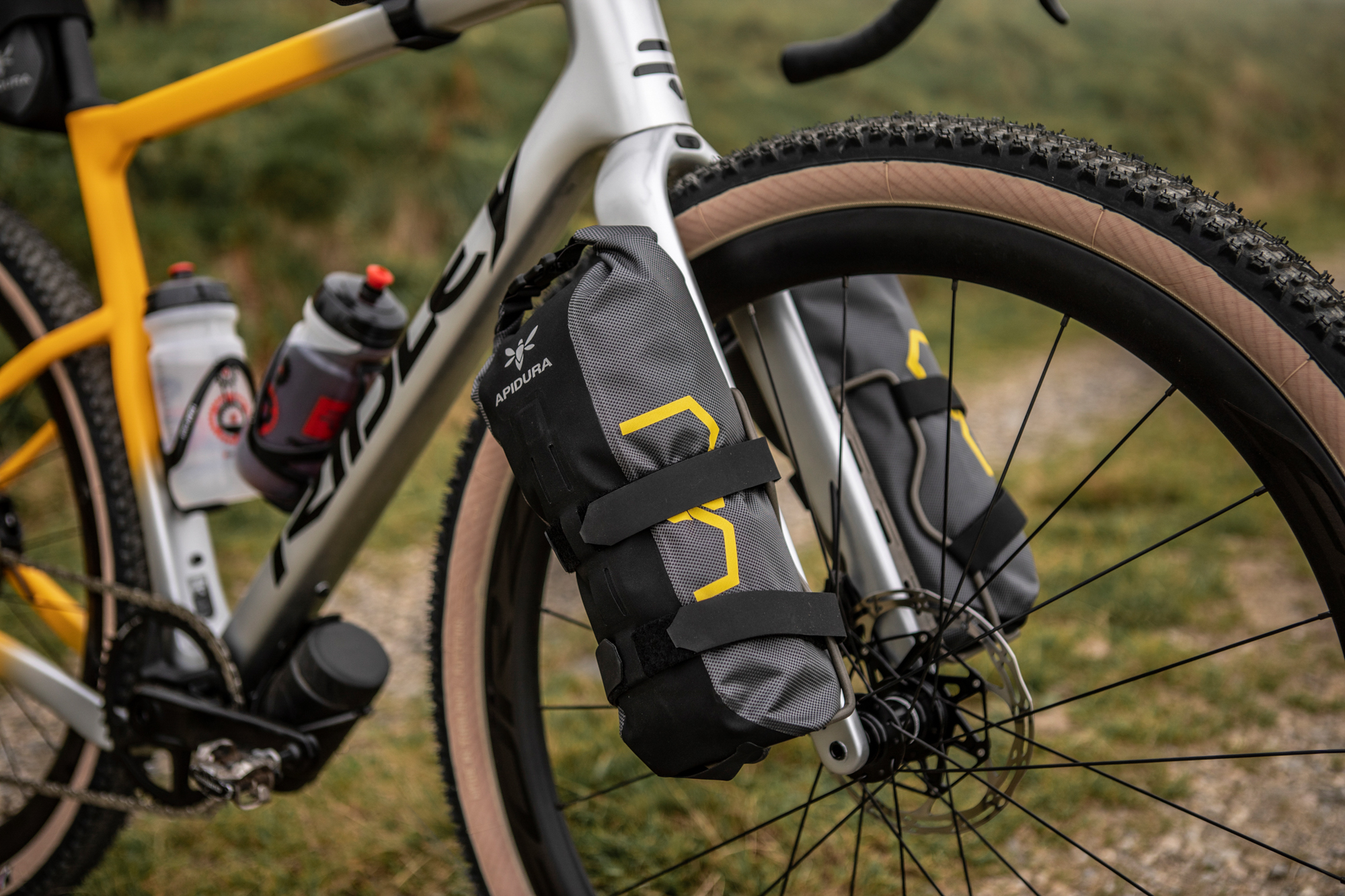 As for the horizontal tube, they have tried to make it flat and allow bags to be incorporated without difficulty and have a good fit. It also has two mount holes (very subtly hidden) at the top, as well as some spacers to avoid scratching the frame when mounting an accessory in this area.

Last but not least, they have redesigned the fork from top to bottom. They have incorporated four mount holes in the lower part to keep the center of gravity low and maintain stability when traveling with weight in the front.

If you are one of those who decide not to stop when night falls, the new Kanzo Adventure is fully prepared to install a Dynamo system that allows you to ride with lights without having to worry about batteries. The bike is designed for this and has a front mount that is completely hidden when we do not have the built-in light and specific internal guides to pass the front and rear light cable without being visible from the outside. 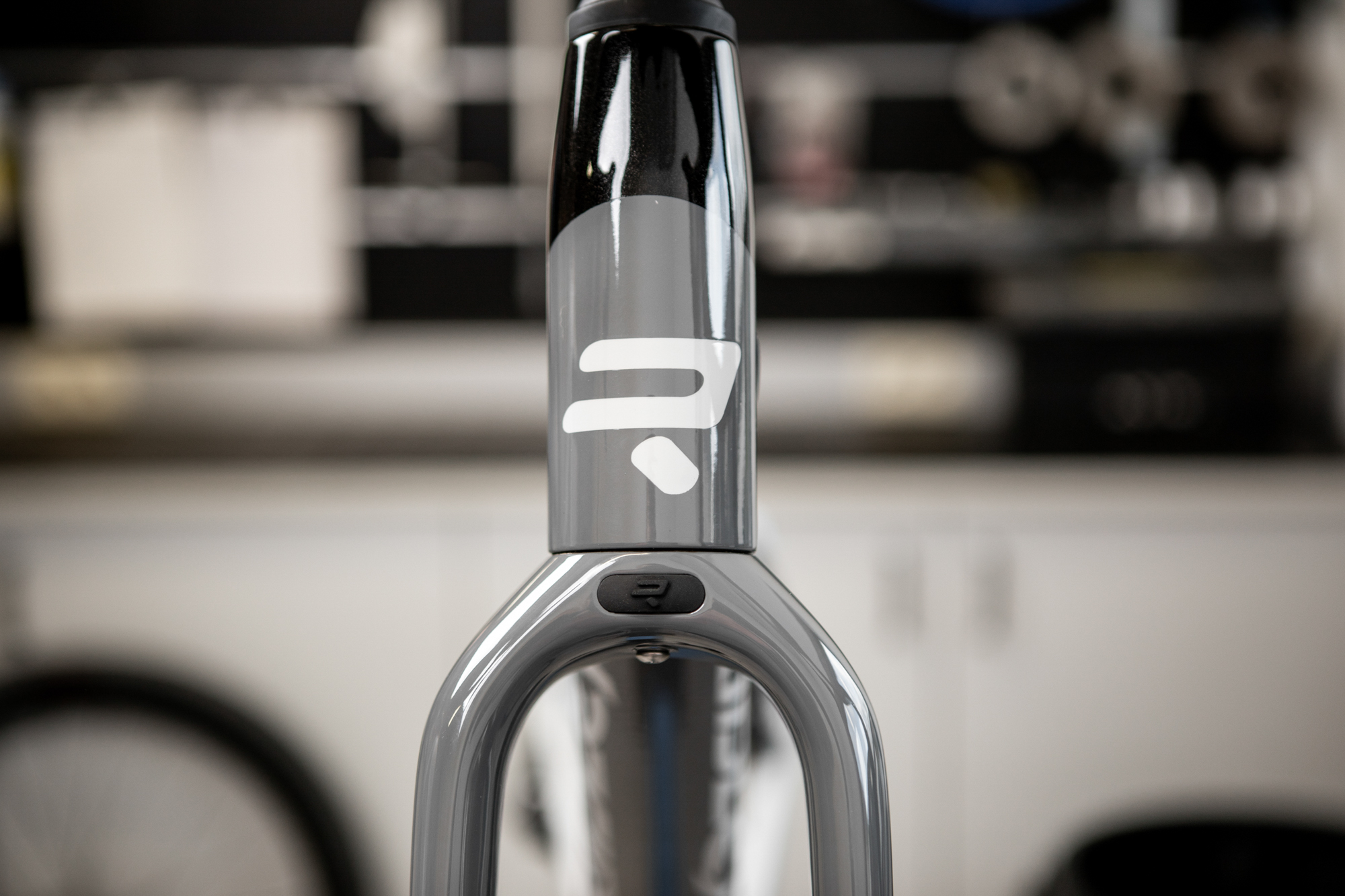 Although aerodynamics take a backseat on a bike designed for adventure, Ridley opted to include F-Steerer technology for the handlebar and stem assembly, which allows all the cables and wires to be hidden. With this decision, they ensure that the cables do not hinder the use of frame or handlebar bags, nor damage the bicycle with friction.

Greater tire clearance for all terrains

The terrain will no longer be an excuse not to ride your bicycle. The new Kanzo Adventure has a larger wheel arch that allows us to mount tires up to 29 x 2.1”, turning our bike into a real steamroller. In the case of opting for this more extreme configuration, we do not have to worry about rubbing the mud on the inside of the fork since it has enough space. As for the rear chainstays, as they are designed to mount a single chainring, we also have the necessary width.

It’s been a long time since the Belgian bicycle firm…

Just over a year ago, we were presenting what would…