Once again there were no fries stands, nor Belgian music playing out loud. The teams arrived at the place where the race was taking place, the riders did their job, and the photographers could freely go from one place to another looking for the best angle, without having to deal with multiple rows of fans behind the fences.

Cyclists that were racing for the first time in Belgium finished each race with an open-mouth smile because, despite the lack of people cheering for them, the circuits were super enjoyable and the level of competition very high. “Wait until you race in front of thousands of fans”, said some riders to the rookies. It wasn’t a representative season of what cyclocross truly is, but they were doing what they had always strived for.

Because New Year was in the middle of a busy week with races, all those that had to change their cycling equipment for the following year struggled to have everything ready on January 1st in Baal. “If in the last race of the year you see a completely white camper, with no labeling, it is because in that team they will change sponsors”, we were told. The fact that contracts are based on natural years raises different issues both for road teams and mostly cyclocross, but nowadays there is no other option than to minimize the effects of a sudden change in equipment.

Several events were exclusively for the elite category, so many young riders had to race against much more experienced people. Riders coming from far distant countries like the United States barely covered one third of the race before being cut. Knowing this, one could question if this is worth the physical and financial effort, but without the need of asking them, we knew it was. How many people have the opportunity to live in the first person the golden age of the female Dutch cyclocross? Who would not like to be cut by no other than Van Aert? 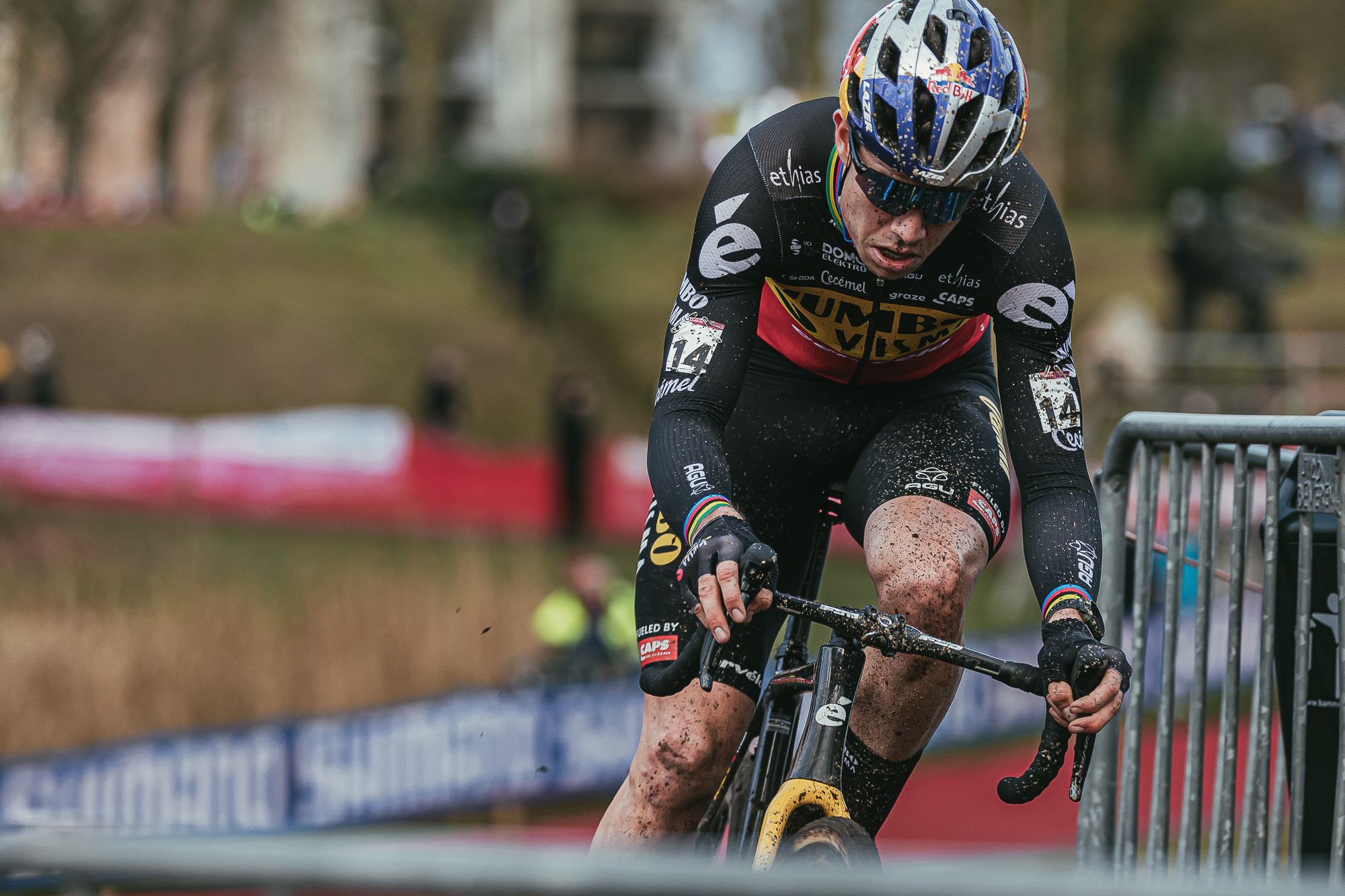 The photographers were eager to cover multiple clashes between the Belgian rider and Van der Poel, but they had to be satisfied with seeing them racing together only one race and a half. The wearer of the rainbow jersey aborted his season due to back problems, but there were still many reasons to make the most of the press pass day after day. The domination of Lucinda Brand in the female races, the adventures of the roadie Heinrich Haussler, the good and bad moments of Thibau Nys… Each race had a different narrative.

Despite the races being officially behind closed doors, it was difficult to prevent fans from finding a spot while complying with the rules. The rooftops of the houses adjacent to the circuits became fake VIP tribunes. In Heusden-Zolder there is a restaurant whose terrace connects with the F1 track, so every diner was able to watch the race from there after eating the desert. In other cases, people crossed a big forest to locate themselves in the only spot not covered by the high fences.

Most teams were not short of equipment, with campers and team cars that accommodated the riders, the support team, bikes, and other gear. Still, theirs was nothing compared to the power display from Jumbo-Visma and INEOS Grenadiers, which brought trucks and buses to make sure that Van Aert and Pidcock, respectively, were as comfortable as possible. The ones who suffered to most from this were the responsibles of organizing the parking, as they struggled like no other to make sure that all teams had a spot near the track.

One could sense a relaxed vibe in the parking of the teams. Comments like “what a difference compared to yesterday’s circuit” or “the food here is better” were quite common when coming across team members, press, and photographers. Some went to say hi to fellow riders, mechanics of different teams had lunch together, and the sound of the rollers stood out even more because of the lack of people that on other occasions would be around the riders while they warm up.

Once the different races started, the distant voice of the commentaries on-site guided us to know how long it would take for the riders to get to the point in which we were at that moment. Passing by our side, their heavy breathing was in sync with their facial gesture, and the shutter of the cameras did not stop until we lost sight of them.

The races in February in Belgium will open the doors again to fans and, although many riders will finish their season after the World Championships in the United States, those that keep on racing will be able to feel the support of the public that had to wait several months to watch a race live again.