“Only those sports that take place on snow or ice are eligible for the Winter Olympic Games”. If we stick to that condition, cyclocross does not fit the requirements to claim a spot in the most well-known sporting event, but this year the UCI CX World Cup had the specific purpose of holding a race in the snow to prove that the addition of this discipline should, at least, be taken into consideration. 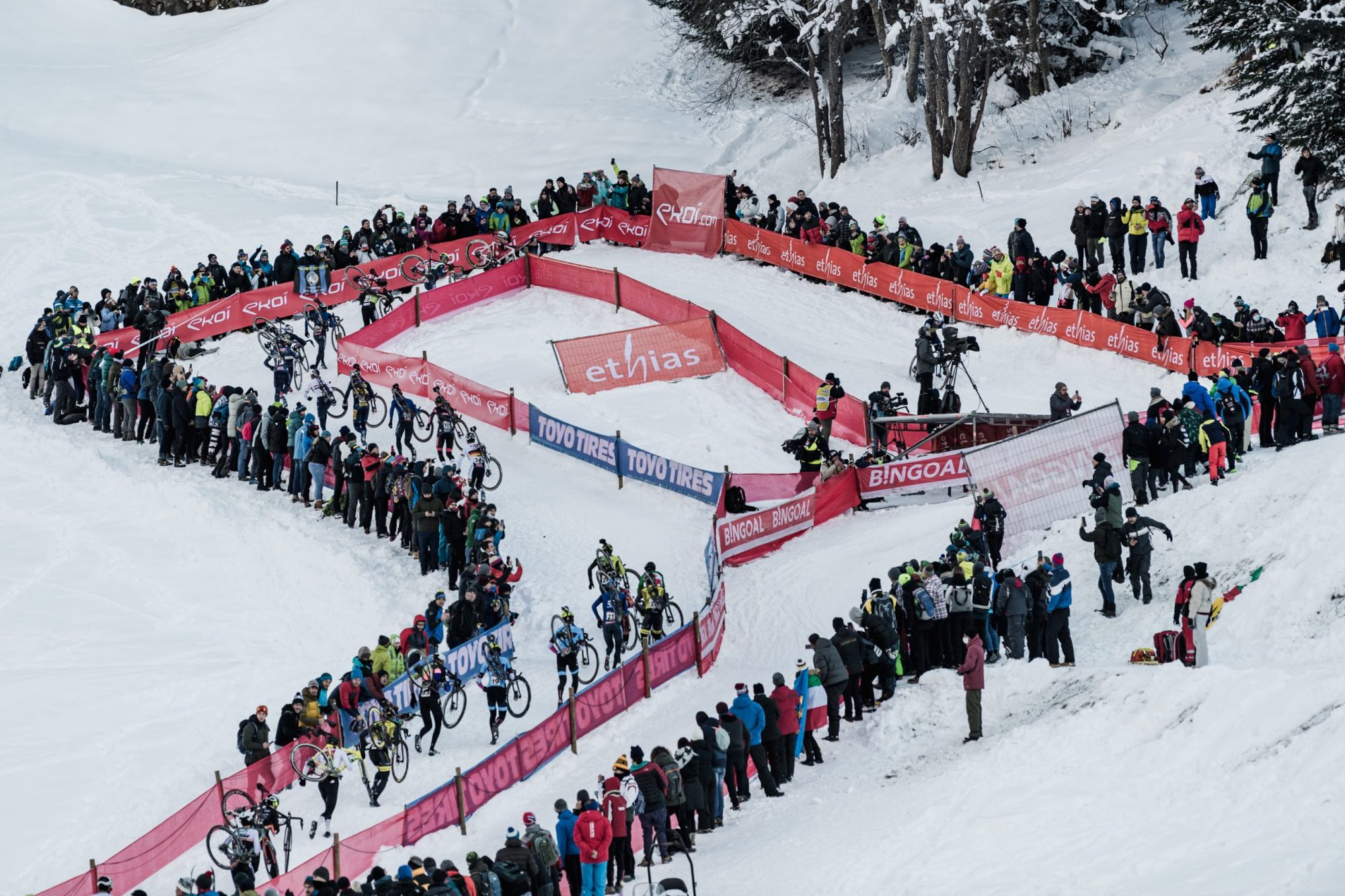 Val di Sole was one of the two additions to the 2021-2022 season-long CX competition. With this move, the organizers of the calendar wanted to expand not only the geographical reach of this cycling discipline, but the variety of conditions that cyclists would face throughout autumn and winter too.

Two months ago, riders were in the United States racing the first three rounds of the World Cup. Since then, they have paid a visit to the Czech Republic, France, and of course Belgium. Last weekend, it was time to head to Trentino, Italy, to race at over 1.200 m of altitude.

This region had already hosted the XCO World Championships last summer, so these two unique events will have for sure left a mark in the memory of the athletes, the fans on the course, and those watching the races on a screen from all over the world. 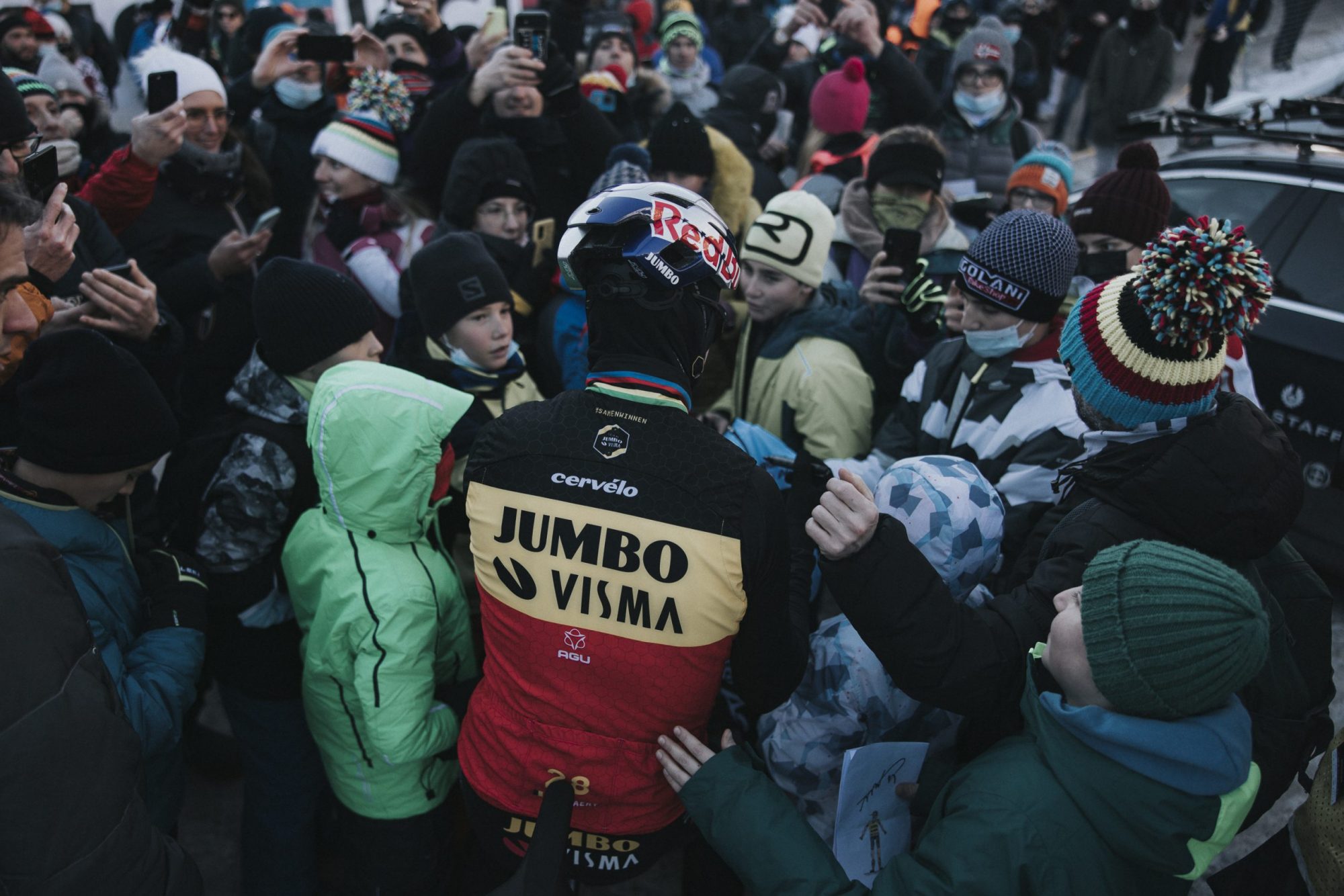 During the week, a thick layer of snow covered the course, just as the organizers had wished. There would be no need for artificial snow cannons, and it was just a matter of hitting the snow to find the sweet spot between a hard surface and a sticky one. The people from Vitesse were there during the entire week as the press office for the event and covered that process, in addition to the entire course building. By the time riders started checking the course, the snow was already in perfect condition. 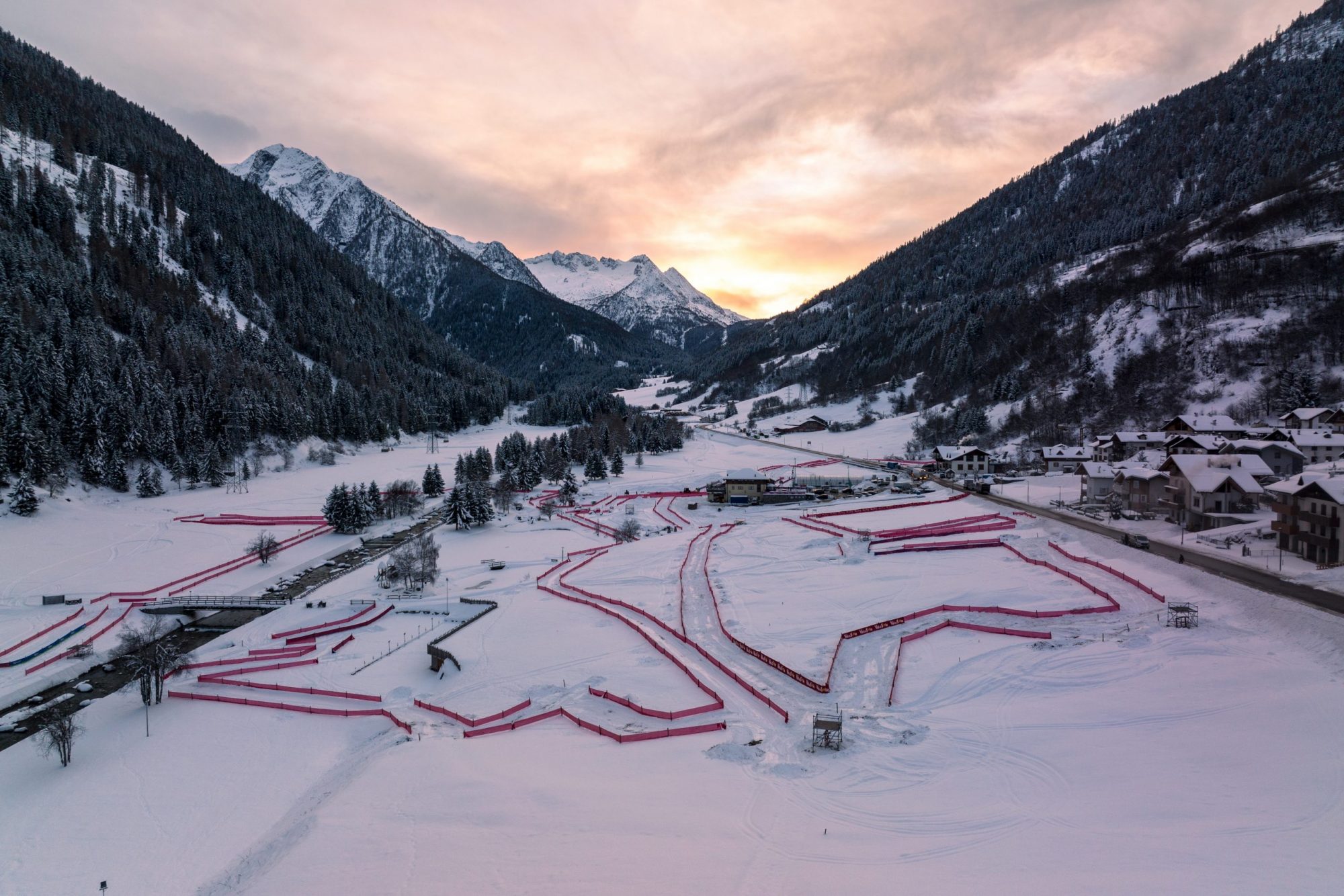 The excitement among riders and fans was real, and the particularities of this race raised a lot of questions about tire choice, clothing, and more. Some went for file-tread with more contact surface, while others opted for chunky mud tires. Their shoe cleats were also slightly different to avoid slipping in the running sections of the course.

Once the racing started, it was striking to see how unpolluted riders looked in the snow, totally the opposite to the muddy conditions we are used to seeing them facing. The valley was the background throughout the race, and the mountains prevented the sun from shining on the course, creating a shadowy but beautiful setting. 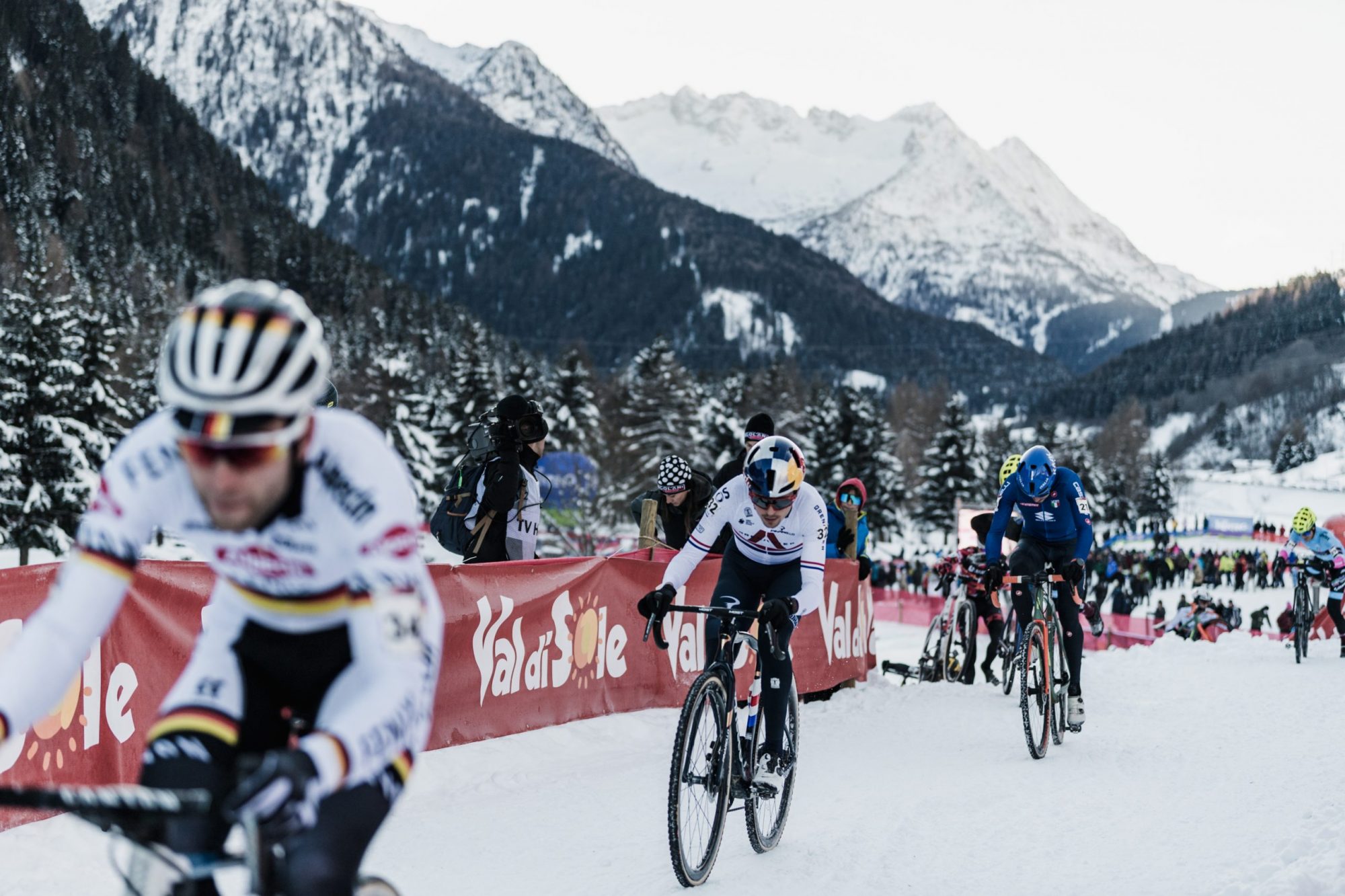 On the women’s side, the race finished in a dramatic way, as Marianne Vos got stuck with a fence just before the final turn and the young Fem Van Empel ended up claiming the win. As for the men, Wout Van Aert got his third win in three races since his return to this cycling discipline, riding smoothly on the snow and finishing with a big gap ahead of Vanthourenhout, who finished in second place.

This round of the World Cup was the perfect promotion to try and get cyclocross on the Olympic agenda of the IOC for the 2030 Olympic Games. Whether they manage to get a spot or not, Val di Sole has opened the doors to bring cyclocross to the next level.

“This has proved that you can do cyclocross wherever you want. You can do it in a park in the middle of one of the biggest cities in the world, or here in the mountains. I think we proved a lot today and I’m happy I experienced it and was part of it” – Wout Van Aert

“Only those sports that take place on snow or ice…