We use the phrase “aero is everything” to justify our position on the bike and even the length of our socks. However, speed is not based solely on aerodynamics, as four primary factors influence how fast you ride: wind resistance, gravity, rolling resistance, and vibration losses.

Wind resistance is the power loss created by the friction of the air, and it is what everyone focuses on in the wind tunnel. Gravity is related to the weight of the bike and the rest of the components, but it only has a real influence when climbing.

Zipp is aware of this, and its Total System EfficiencyTM represents a departure from past wheel designs focused on improving a single parameter of a wheel. They tackle overall efficiency by developing hookless rims with a wider rim profile, which are optimized for larger tires at low pressure that yield a wider but short contact patch. This has been proven as resulting in less energy cost.

“Do you want to have good numbers on the wind tunnel or do you want actually to be faster on the road?” – Bastien Donzé, Product Manager

At the forefront of innovation

Since the beginning, the main purpose of Zipp has been to make you faster. Nowadays every brand claim that they have the most aero wheels, but the success of the American firm has been more than proven. There is a lot of research behind every Zipp wheel, and they are also innovators in the way to test their products.

In 2018 they left the wind tunnel aside and did some testing outdoors with the highest technology available. The main takeaway of that test was that 28mm tires ridden at 5 bar were the most efficient combination of all, something that contradicted the status quo of that moment.

They also tested the effect of different road conditions on the stability of the bike setup. As we know, pro riders lower their tire pressure when the road gets rougher, and there is a reason for that. More pressure leads to more vertical displacement. Low pressure cuts out road input significantly.

They were quick to apply those takeaways to their following product launches, and the wheels we have reviewed are the culmination of all the work done to make you faster.

The wheel that created deep wheels

The Zipp 808 family is distinctive because of the dimples on the rim and the sawtooth shape of its top-end model. They were introduced in 2005 with a toroidal shape, meaning that the widest part of the rim is at the bottom. They became the first full carbon clincher wheels in 2012, and the switch to tubeless took place in 2019. In 2022, they are introducing a full new shape, a little shallower but wider, and hookless.

Over the past few years, many major wins have been accomplished with 808 wheels. Kona Ironman World Championships, Time trial World Championships, Tour de France stages… Fabian Cancellara, who was also the first rider to win Paris-Roubaix with carbon rims, raced Milano-Sanremo in 2008 with Zipp 808 wheels and took the victory. Yes, it is true that “Spartacus” could win even with a kid’s bike, but it shows the versatility of a set of wheels that at first may seem suitable only for triathletes.

We tested the Zipp 808 Firecrest, which are designed with a hookless and tubeless rim profile. These wheels have a rim depth of 80 mm and an inside width of 23 mm.

Comparing the new 808 Firecrest with the previous model, the baseline aerodynamics test in a wind tunnel showed no big differences. However, the rolling road analysis made the improvements apparent, saving some valuable watts thanks to a bigger tire. In summary: as aero as it already was, but lighter and with better rolling efficiency.

Together with the 808 Firecrest, Zipp is also introducing a new version of the 858 NSW with their characteristic sawtooth profile. The main purpose of this shape, which creates an undulating 82mm-85mm rim depth, is to minimize the effect of cross-wind. We were told that every time you switch from the aero position, you are losing 12 seconds every minute, so now we understand the importance of maximizing the time you stay in that position.

The new 858 NSW are built with a new laminate technology. CiR, or Carbon internal Reinforcement, places the carbon fiber precisely where it is needed, and nowhere else. CiR has allowed Zipp to reduce weight with the same stiffness, strength, and durability. With the same configuration as with the 808 Firecrest, this wheelset weighs in at 1530g (719g front, 811g rear), another substantial decrease in comparison with the previous model.

With our without hooks, that is the question

We are still in the transition period from hook to hookless rims, but the empirical studies should be enough to convince the current detractors about the benefits for manufacturers and end-users. 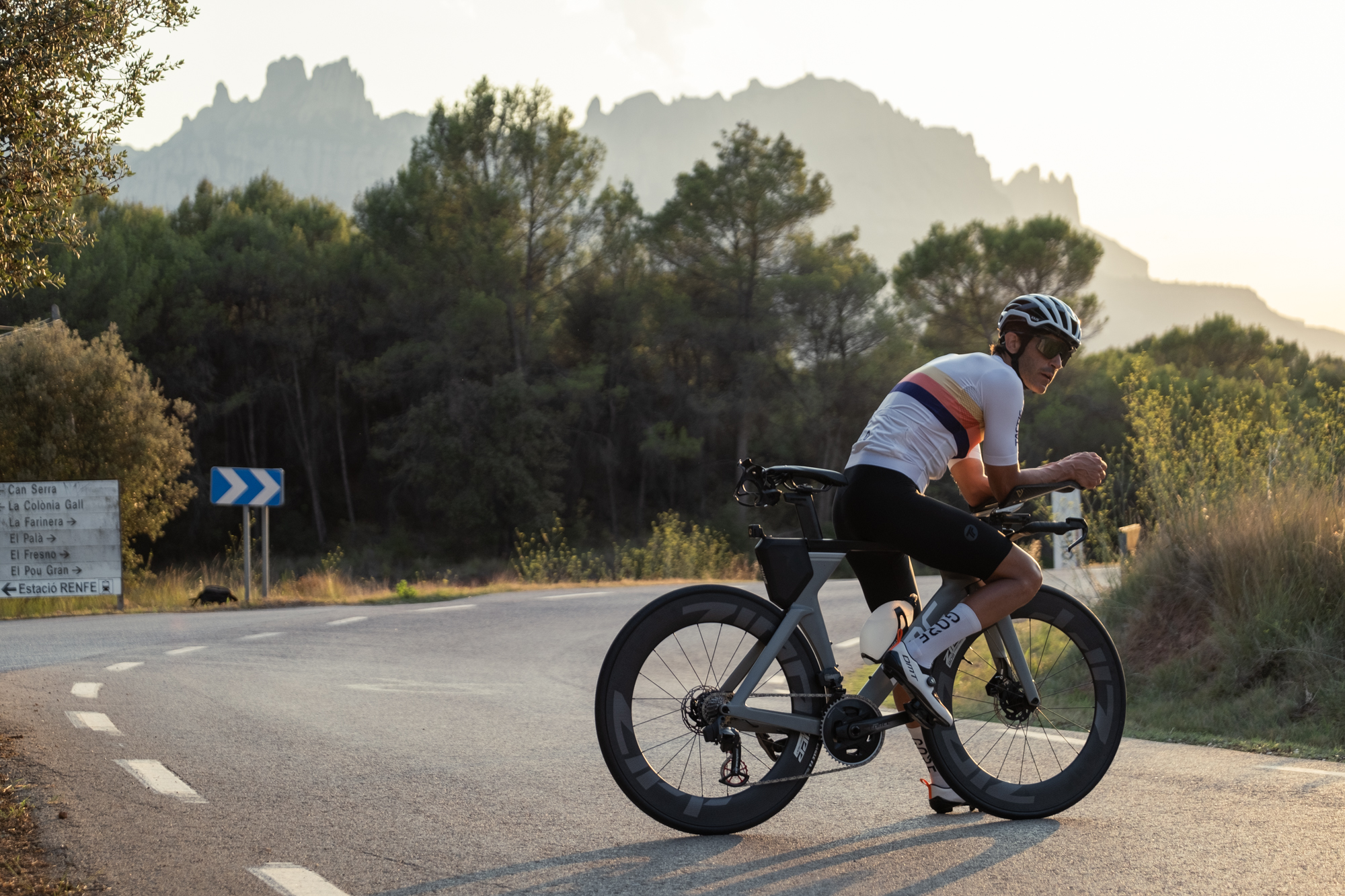 With hooks, the internal width is intrinsically lower. A wide outside is linked to better aerodynamics, whereas a wide inside is good for tire support and low tire pressure.

“We do not care about how wide the rim is on the outside but the inside, because of the relation with the tire”

When you have an aero rim with hooks, it sort of pinches the tire at the base, which creates a little notch that originates turbulences and drag. In contrast, hookless rims have a much smoother transition. This, together with the benefits of wider tires and lower pressure, reduces rolling resistance and increases cornering grip.

For a hookless rim, it is possible to use a mold made of steel, giving you more control in the building process. This also reduces the amount of resin needed, which has two benefits: lower price and less waste.

When mounting a tire on a hookless rim, the maximum pressure recommendation is usually 5 bars. Some people think that it is because a higher pressure would be dangerous but, in fact, this upper bound is set because wheels are actually faster below it. You may be surprised by the pressure recommendations of Zipp, which are very low compared to other wheel manufacturers, but it is all backed by their test findings.

For example, Zipp recommends a 70 kg cyclist to ride a 28 mm tire at 3.8 bar in the front and 4.1 in the back. Knowing that not long ago it was common to ride 23 mm tires at 9 bars, one can see that the industry is still evolving and there is a margin for improvement.

Making you ride not only faster, but safer

Zipp is currently involved with international committees, such as ETRTO and ISO. The specific dimensions for hookless rims are published, and Zipp rims are fully compliant. As a result, all tubeless or tubeless-ready tires that comply with ETRTO and ISO are compatible and safe to use with Zipp 808 and 858 NSW wheels.

Last but not least, Zipp continue offering a lifetime warranty for their products that includes not only manufacturing defects but any failure occurring while riding your bike within the intended use of the Zipp product. If your Zipp wheels fail while riding, they will replace or repair them free of charge.