The second edition of the RAD RACE Fixed42 was undoubtedly a great success. More than 500 riders from 27 countries invaded Berlin to participate in the fixed gear marathon which took place in the German main city.

As we usually do, RAD RACE, have not forgotten a single detail. The organization of the event has been spectacular, the race format like a lot in the fixed scene, something different and innovative. A bunch of 500 riders riding in an impressive average and peak speeds up to 60 km/h, escorted by cars of the organization, cameras, a live broadcast streaming and putting on a show as few get to. Amazing.

In addition to the superstars and the big teams, there are also many others who were present, arrived from all over Europe: Germany, France, Portugal, Netherlands, Spain, etc.

One of the most active teams on the national scene is the Apinyó-Favelaframa Team, a Barcelona team born from the union of two big projects where cycling is the key to live great moments elbow to elbow with your friends and colleagues. Because after all, this great passion that is called fixed gear, is not made only of big brands, big teams and top riders, which makes this discipline different to all others, is the incredible amount of people making an enormous efforts race to race travelling hundreds of kilometers from home due to the irrepressible passion for this sport.

Not only were men, women present has been increased in the fixed-gear and the spectacle they offer is equal to or, sometimes, more exciting than the male category. Some names? Carla Nafría and Sami Moreno representing the Team 8bar, Juliet Elliott arrived from London and one of the champion of the movement for years, Jasmine Dotti the race winner and one of the emerging women from the past year, among many others which were left to the last drop of sweat in the 42km of route.

If there is something true, some years ago was unthinkable imagine a race of 500 riders in fixed gear in a European capital, with traffic cut and that you could see it from any point of the world through streaming. Congratulations to all the members of the Organization to achieve such amazing results. RAD RACE, without a doubt, is writing history.

“The RAD RACE Fixed42 was the first race in which Kike and I regsitered this year. We did not know that criteriums were going to be, but we were sure, from the beginning, that we didn’t want to miss it. With the inscription made since January, we began the year with our mind focused on the preparation for this great event.

We took a train to Ludwigsfelde, a town near Berlin where it was the starting point of the race. With the 500 riders ready to leave, we started riding and up to 3 Km started some sprint to escape. We started pedalling very strong in a very wide highway and with a wind of face very strong. In less than 5 km pace was frantic and groups began to form.

When we arrived to Berlin we started a second race. We crossed the streets of the city, with cars parked, islands of traffic, holes and some curves with little space for the entire group. At every movement the groups broke and the risk of falling was present at all times.

Almost of 2 km to the arrival, our group began to sprint and tried to scratch some positions before crossing the finish line.

Without a doubt, an unforgettable race for our team! A good performance for our riders Kike (168º) and Gabriel (149º) who have used more than the strength, the wisdom of running group and ride at a high pace and not fall.”

“Rad race is a different concept in the fixed gear racing world. The selfproclaimed ‘World Fixed Gear Championships’ has a huge appeal to anyone and the race itself is at this moment well worth the proclamation. But I could be nice if the racing community can start voting for its ‘worldchampionships’ in the near future. Nevertheless I hope the Fixed 42 race will become a classic in fixed gear land. As a chipped racingtour and as a real finishline race for the top fixed gear racers. For me the rad race series have been good. It’s very diverse and challenging. Also I was able to ride some podiums but not yet a win. Fixed 42 ended in a 16 th place for me while I should be able to do better but I did not feel in good shape since months.”

“Rad race is a completely different approach of racing in the fixed gear world. The level this year was very strong with many known teams going to Fixed 42 and more teams getting hooked to the different style of racing compared to Red Hook Crit.”

“A very important event within the fixed scene where there is a large participation of teams and an impeccable organization. A very high level with a very explosive pace, something that probably will increase in the next edition. RadHardRace!”

“The big teams at the criteriums was there, and many other solo riders. Really strong riders and with a huge peloton, that requires ability and dexterity to finish in a good position.”

“Rad Race is one of the top competitions along with Red Hook Criterium.” It has different types of racing and they always look for very suitable spots to carry them out. There is a great level and attract people from all over the world… I love it!”

“Rad Race is something new in the fixed gear world, is like a super-fast mediofondo with all the handsome guys that normally race the criterium races, no brakes and a lot of adrenaline. This year the level was super high, people from a lot of countries come in Berlin for the race and the strongest riders from all over the fixed gear world enjoyed the race.”

Many thanks to our friends from the Apinyo-Favelaframa Team who helped us to document from within this important event. 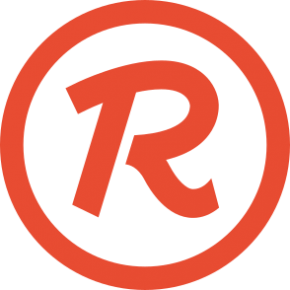 View all posts by RAW

Nación Salvaje is a project where it combines travel, adventure, sport, nature, photography and documentaries, a combination of everything that inspires and moves to Sol and Javi, the main characters of that story.

We could say that the young prospect Margaux Vigie was…