It is always difficult to engage with a story if you don’t feel identified with its characters. We hear and read about incredible achievements on and off the bike, but most times we simply scroll through because we think that we will never be in that situation.

This is not the case of 50 Ways to Cycle the World, a book that encapsulates the lives of people that have explored the world in many different ways, so in one form or another, the reader can extract something from it and apply it to their specific situation.

Belén Castelló and Tristan Bogaard are a couple of cyclists that have spent the last few years exploring the planet, and after meeting so many bikepackers along the way and being aware of the willingness of so many people to go out and ride their bike, they wanted to publish a book to persuade them to see the world from two wheels. 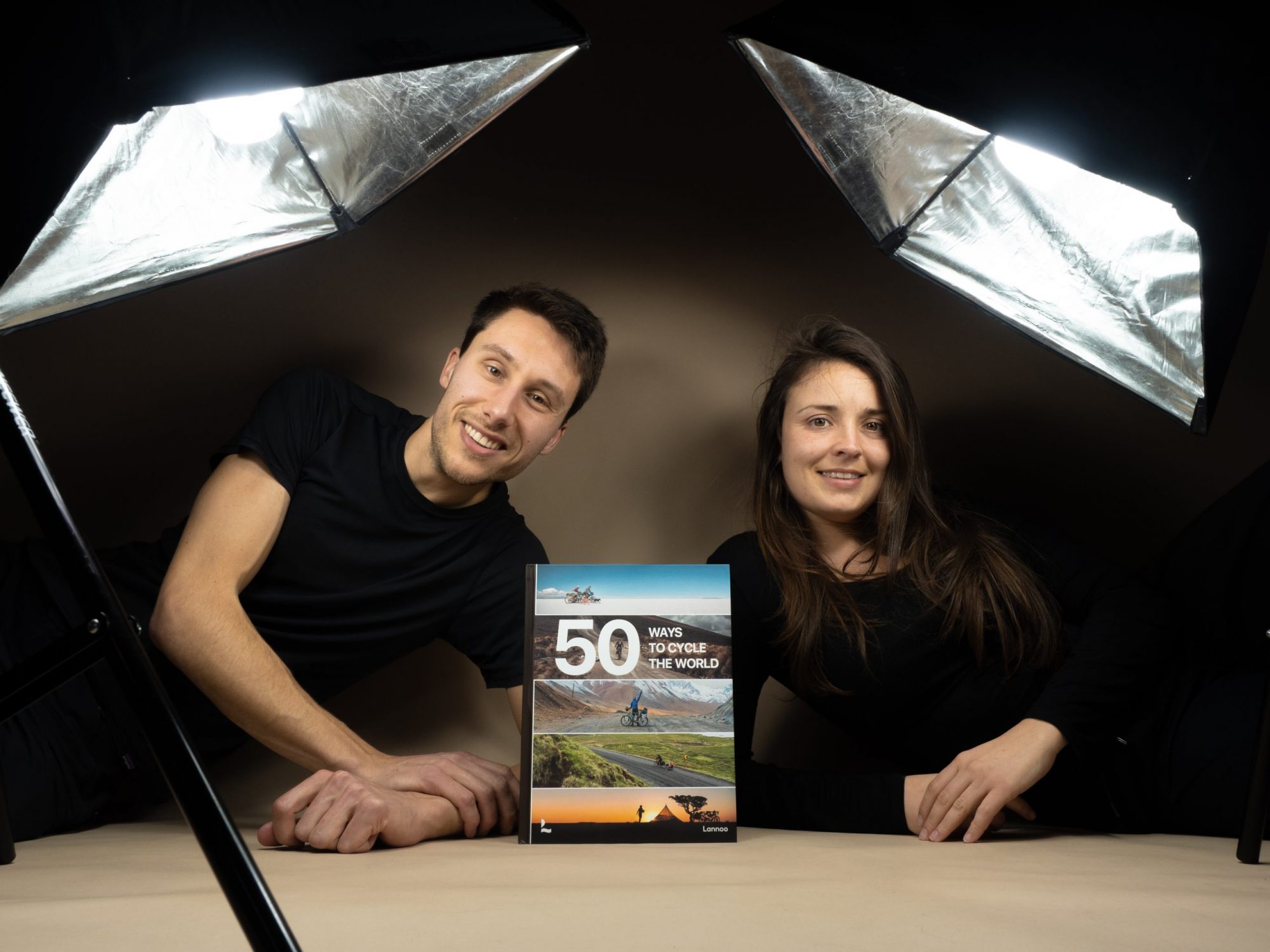 He first made a trip across the US in which he found a purpose for his life, and after growing a relationship with Belén in the distance, who he met in Amsterdam, Tristan convinced her to join him for the following adventures. She already wanted to take a year off from work, but who would have thought that not only she would spend it riding bikes, but that it would be the start of her new way of living too.

Bike Life, which was published less than a year ago, was their first book. They wrote about their recent bicycle tours from their own point of view, with personal anecdotes and learned lessons. From Belén’s first proper bikepacking trip around Norway to the stories about crossing the Silk Road in the Middle East and Central Asia, that book was a great way to know them better. However, if they wanted to achieve their wish, which is to get as many people on bicycles as possible, they had to follow another approach.

The 50 Ways to Cycle the World book is different from the previous one, as it contains 50 unique stories accomplished by 75 riders from 23 countries. After a first coffee table book focused on their own adventures, Belén and Tristan made the most of the time they were stuck in the Netherlands during lockdown, and a few months later they have just published a book containing all kinds of testimonials from people with very different backgrounds, both personally and professionally.

From individuals that embarked on an adventure just after graduating to others that decided to explore the world after retiring. People traveling solo, with others (even animals!), in one type of bike or another, for a short period of time or indefinitely, and with different purposes.

During the past few years, they have been constantly traveling, and when they suddenly had to stop riding, it supposed a big shock to the system. At one point in time, they traveled for nine months without stopping, but then things changed.

Given that they couldn’t continue exploring the world themselves, they started gathering information about the past and present adventures of others. They met a good amount of the featured personalities during their past trips, and they contacted them to be part of this project. The truth is that, when you come across a fellow adventurer in the middle of nowhere, it is easy to create a long-lasting bond. As for the others, the bikepacking community is easily accessible and they just had to take a look at their social media feed to discover a lot of people with inspiring stories to tell. Belén and Tristan got in touch with them and received the answer to the questions they had previously posed.

“The bicycle has introduced us to a worldwide community overflowing with strong intentions for the greater good (…) We’ve never felt a sense of belonging like we do with this congruent group of human beings.”

50 Ways to Cycle the World is the kind of book you’d give to a friend or family member who’s considering cycling somewhere in the world but feels that there are too many obstacles to overcome. It will show you that you can also find your own way to cycle the world.

Each of the 50 chapters or stories consists of, on the one side, emotional and impressive narrations about what it is like to cycle the world and, on the other side, a set of beautiful photographs shot all over the planet by the people who share the stories. The writing includes many questions and answers so that the reader can extract different takeaways to be applied in future situations. 50 Ways to Cycle the World is likely going to become the bikepacking book of reference, without being prescriptive but offering a lot of suggestions and inspiring ideas instead. It will tell you what is useful to know depending on the type of rider you are to overcome whatever is holding you back from starting out your big adventure.

The book is already available in Europe, both in book shops as well as online, and very soon it will be out in the US and Australia too.

One of the beauties of cycling is the freedom it…

In the last years, we have seen an increasing trend…