Some say that dreaming is free, and during these days (of lockdown) it is inevitable not doing it. Closing your own eyes and imagining future trips is a good option, but we can also look back on memories returning to those glory days full of travels and competitions around the world, and remember being part of a great cycling community with which we shared an endless number of moments and adventures. For us, this takes us back to the golden years of the fixed-gear scene, a moment in time that many will remember with melancholy and, in our particular case, it represented the beginning of RAW as a project.

During those years, there were clear world icons who certainly left a mark in the fixed world. We could mention lots of them but, on this occasion, we had the chance to interview Chas Christiansen, one of the most charismatic, competitive, and well-known riders in regard to urban cycling. Nowadays, Chas is still active and present in many international races and events, true to his lifestyle and always seeking new adventures. As we talked with him, we had the chance to learn first-hand a little bit more about his background and career.

It was roughly 2005 when Christiansen lived in Portland (Oregon) and combined his job as a cook with a T-shirt screen printing studio. He used a CX bike to commute to work and, in one of those days, he came across some guys who rode fixed-gear bikes when he still did not know what they were. Soon after, he was invited to a race hosted in the city (an alleycat) and he started discovering that world. This is how, sometime later, he decided to put together his first fixed-gear bike reusing an old road bike frame.

Little by little he learned more about the scene, he made some friends within the community and he discovered that most of the participants of those races were bike messengers. One day, one of them offered him the chance to take his job because that guy decided to move to New York and, despite the challenge and him making less money, he decided to give it a try.

“Working as a messenger was an option, not a necessity. When I participated in alleycats most of the riders were bike messengers and it looked like a cool job. At that time I was working as a butcher.”

In 2009, after several years of experience in the sector, Chas and a friend decided to found TCB Courier (Taking Care of Business), a small non-presumptuous project that after some tough years of working and sacrifice grew and expanded (with more than 700 deliveries per day), earning its spot and reputation among the many messenger companies in San Francisco.

“During the first 4 years of TCB, the business was my home, my room, and finally we got an office to set up.”

Mash SF has been one of the biggest reference points in the fixed-gear scene, showing the most amazing part of urban cycling to the whole world, always with a very fresh and clean brand image, a great exhibition in social media, the best tricks on the bike, and mind-blowing videos.

The famous shop of San Francisco opened its doors in 2011 and it was in 2013 when Chas joined the official crew of Mash SF. The formula was undeniable, he fitted perfectly with the rest of the team and he added more value to the endless creativity of Mike Martin (Mash SF founder) and Martin Bustamante (cameraman in most official brand videos).

“Mike Martin has always been like a father to everyone in the team. He just wanted the best for all of us, always looking for sponsors to help out in the trips and competitions and, at the same time, he wanted to create interesting and stylish products for the fixed scene, such as t-shirts, small bike components or bike frames. Making good material and trying it out in the streets.” 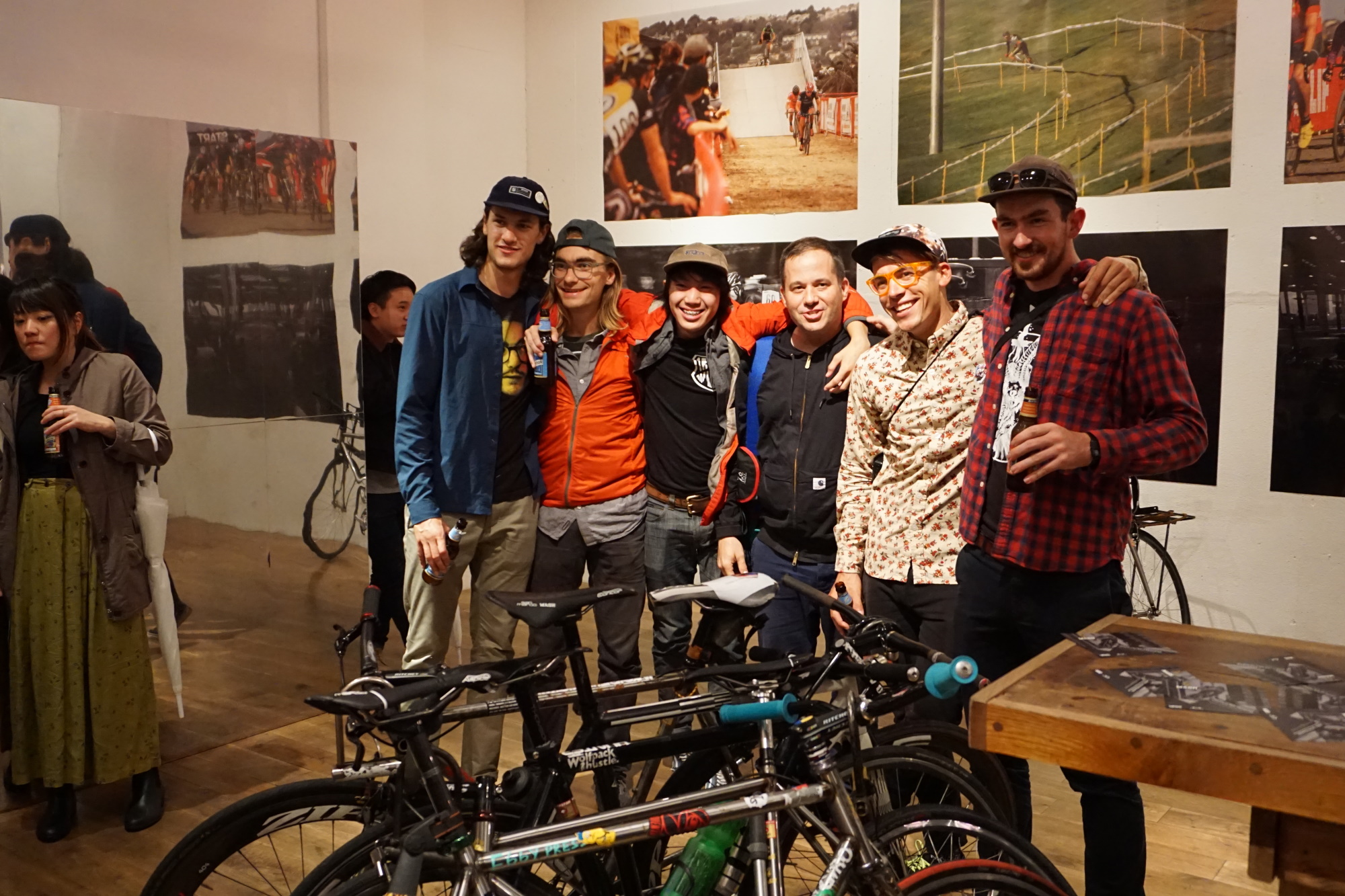 For many members of the team, Mash has been a boost in their professional careers. It provided them with the opportunities to travel, grow, taking part in a high-impact project, taking part in the most important races in the world, and enjoying new experiences. Some of them have made the jump to professional cycling and, others, like Christiansen, took the chance to follow a path entirely related to cycling, obtaining collaborations with sponsors who believe in him and support him in everything he does.

“To me, Mash is where I am today. Most of what I do today is because Mash was there to support me at the right time. It was something like ‘live your life and have fun’, there was never any pressure to win a race or make a photo-shoot… You only had to show up, have fun, and give it all in the race.”

During his time in Mash, the role of Chas was not limited to being a team rider but also helping Mike and the sponsors to develop and test new products. One of the major examples was the collaboration with Cinelli and the creation of the well-known Parallax model for the Italian brand. Every 3 or 4 months they received a new prototype that Chas had the chance to personally test, and he later made suggestions and modifications to improve the design and obtain a better performance. To both Cinelli and Mash, and especially Chas, the whole process was a great experience and learning process.

No matter the discipline, the terrain, or the bicycle type, Chas loves racing as he has shown over the years. We have seen him in alleycats, bike messenger world championships, fixed-gear criteriums, cyclocross, tracklocross, gravel racing, and recently, participating in ultra-endurance events. He is a competitive person who trains to maintain good shape and performance but, above all, what he enjoys the most is living new and epic experiences.

“My favorite part of a race is the moment at the start line, when you forget about everything and you only focus on racing with all your spirit, no matter the kind of bike.”

As we spoke with him, we recalled RHC Brooklyn No. 8, in which we saw Chas doing a flawless race, making a breakaway after a furious attack, enjoying every corner, suffering in each pedal stroke, but without losing the smile in his face. Finally, after finding himself involved in a crash, he was awarded the Top Antagonist prize.

“Probably, alleycats and criteriums are my favorite disciplines, but every time I am enjoying more and more gravel and ultra-endurance races, although for the last one you have to prepare in a different way.”

Nowadays, Chas is at a more relaxed point in his life. After the end of the TCB period, he started a relationship with his current partner, they moved to Oakland (California) and they now enjoy family life with a son of hers, something that he would not have envisioned some years ago.

“I was against this lifestyle for a long time, but one day I realized I had to slow down and not live indefinitely as Peter Pan. The change has been good. Before, life was a constant party, but I got old and that plan was not sustainable. I am trying to find a pace in life that allows me to travel and have an exciting life but, at the same time, having a relaxed and peaceful life at home.” 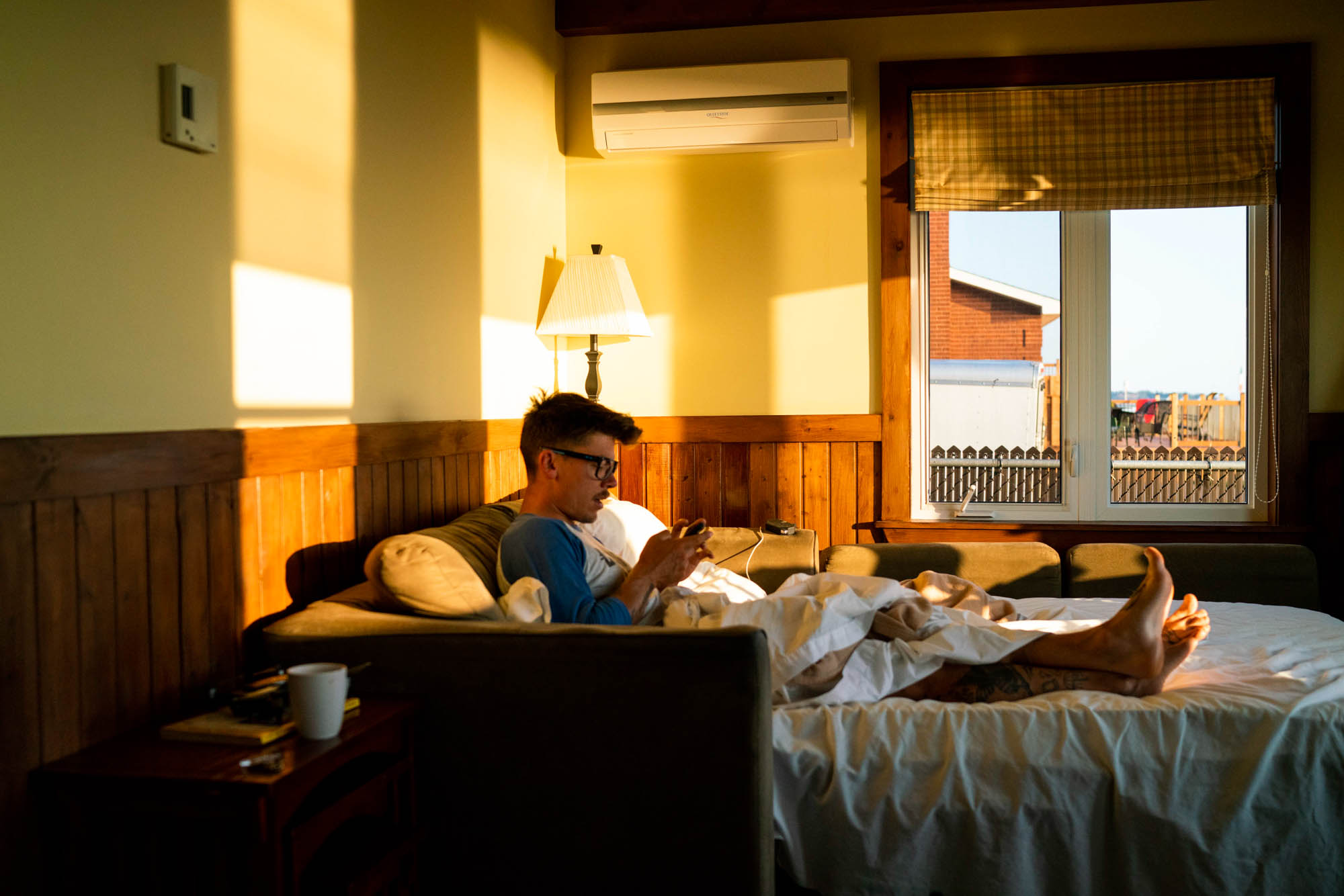 Workwise, his life has also been flipped upside-down. Even though he has never been an advocate of living from his sponsors, he realized that he can manage to help the brands that support him and to take the opportunities of growing together with trips and adventures that he still enjoys in the current days.

He invests more time in reading and also working on his most creative aspect, which has always been an important part of his life and has tried to reflect in all the projects he has been involved in, whether it is designing t-shirts, logos, posters or customizing bike components and, even, full bikes. In fact, some time ago he decided to create notchas.com, where he shows some of his creations.

“I didn’t really care about my designs, but I saw that people loved them. The idea started settling in and I loved it. It is kind of scary because art is one of my passions, but I am doing it as a job and I still want to enjoy it. We’ll see how it goes in the future because it is difficult to keep a passion for art if it becomes a job.”

Inevitably, during our chat with Chas, we talked about the COVID-19 pandemic. After asking him about his situation, he mentioned that he is focusing on the small daily things trying to maintain a positive mindset.

“Luckily, I am with my family and I can interact daily with them. I try to stay positive, doing those little things that make me happy each and every single day, and I try to avoid thinking about all that’s happening.

We try to stay active and exercise, though, on the other side, I believe it is important to take some moments to chill out and enjoy these moments of calm as they were some vacations. I do not wake up with the alarm clock, I even eat pizza three times a week and, from time to time, my girlfriend and I have started taking some Margaritas.”

The weekend of September 4th, which had to be an…