In a period in which ultra cycling is continuously growing, there is an organization that is already one step ahead offering these kinds of adventures within a regulated environment.

BikingMan, the firm founded by Axel Carion in 2015, organizes a series of events around the world focusing on ultra cycling, with disparity conditions and routes. Along these last years, the participants have been able to ride through places like Ecuador, Peru, Oman, Corsica (France), Laos, Taiwan and soon Portugal.

Unlike most ultra cycling events, BikingMan designs routes that have the same start and finish line. According to Axel and the rest of the team, one of the reasons is that a route from point A to point B difficulties the control over the participants and increases the costs. Security is one of the key points for them, and the fact of having people exclusively in charge of it has allowed the team to obtain the permits, licenses, and collaboration from local authorities.

For each of the races, the organizers get the support from local staff to take care of various roles, in addition to the team that is involved with BikingMan throughout the year. In other ultra cycling races, the organizers do not get involved in the safety of their riders, whereas in this case, the participants can count on a safe environment provided by the people in charge of the event.

After successfully organizing their first race -and eight in total- in Laos last May, BikingMan is now heading to South America. IncaDivide, which is going to be held in Peru, was the first event organized by the firm back in 2016. In this third edition, the participants that make it to the finish line will have to do so after riding 1.650 kilometers with 32.500 meters of climbing. Furthermore, this is a country with which Axel has a special personal connection.

Until a few years ago, he had barely ridden a bike. Nonetheless, one day he decided to take on an adventure crossing a part of Eastern Europe with a touring bike, and since then he has been around the world riding his bike seeking new places to take home some life-changing experiences.

The usual thing for ultra cycling racers is to start in other –more typical– cycling disciplines before ending in this type of cycling racing, but in Axel’s case, the first contact he had with a proper bike was already through this kind of adventures. With this calendar of ultra cycling and bike adventure events, his aim is to share what he lived during these years. For sure there is a final classification and recognition for the fastest cyclists, but according to his point of view, the goal is to attract external attention through sharing the stories that came up during the race, rather than the plain statistics and numbers generated by the event.

“It is more about the journey than the statistics”, Axel told us during our conversation.

The type of rider that attends these BikingMan races differs greatly from the participants one can find in races that nowadays are better known. BikingMan promotes some values that try to influence riders to not only seek individual performance but encourage them to create a good community of people that generate stories that may have more value than the simple fact of being a finisher. The goal is to allow riders to live a unique experience along their way to the finish line.

IncaDivide will take place on August 14th, but complementary to the BikingMan event, Axel will try to accomplish a major challenge. He has the intention to, with Jonas Deichmann, ride the route known as the Peruvian Great Divide in record time. With a distance close to the 1.500 kilometers with most of them above 4.000 meters, this route is one of the rideable tracks at the highest altitude in the world. 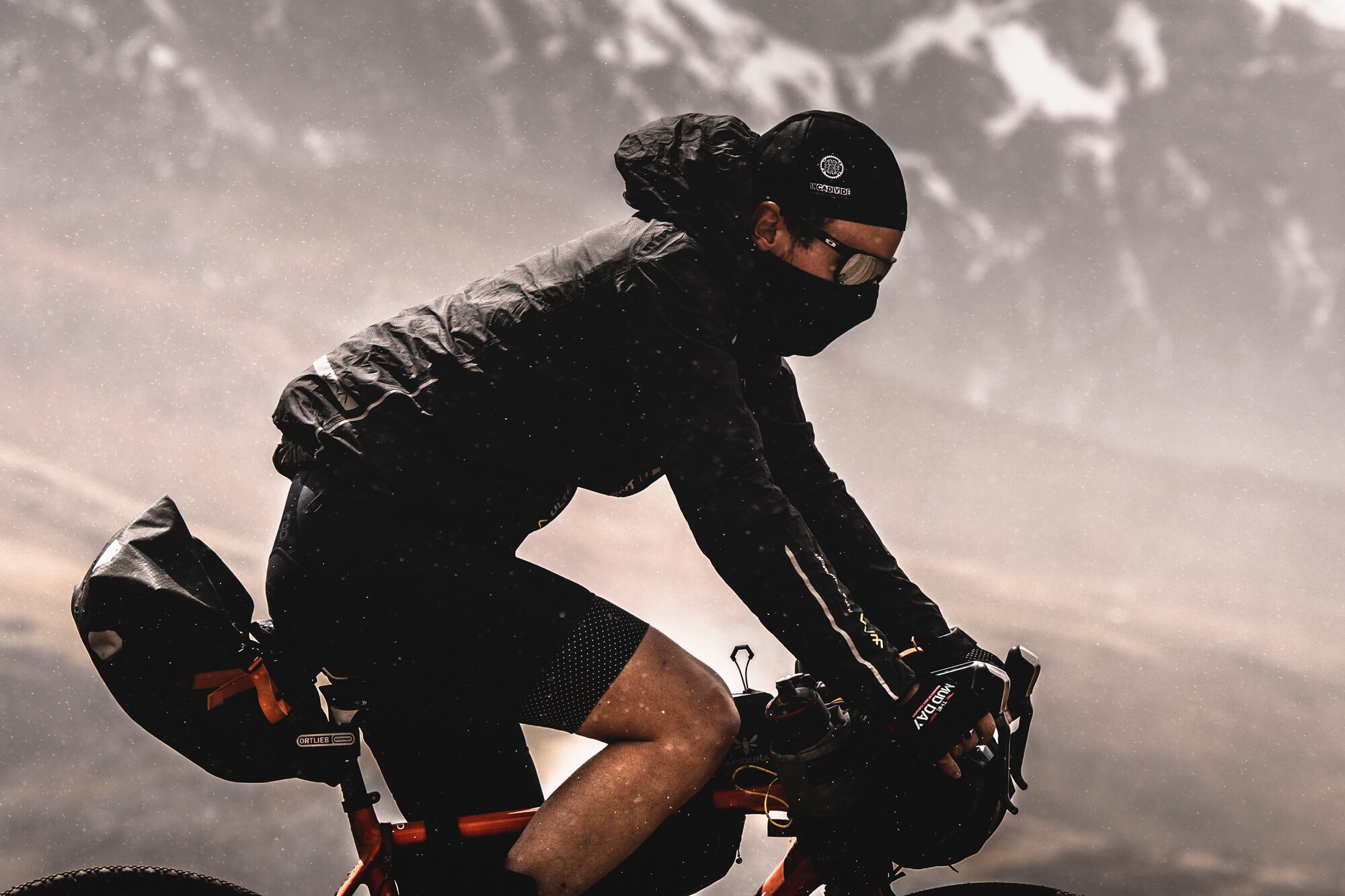 Already having done part of the route in the past and after learning from his mistakes, Axel is confident this time, partly thanks to better equipment that will allow him to overcome the steep climbs and the sharp rocks. You can see his gear and his preparation in his Instagram account.

After Peru, the next stop will be in September in Portugal, where the characteristics of the race will be quite different. The first edition in this place is intended to be an introductory event to the ultra cycling discipline, with a route that is less demanding as regards distance and terrain. Anybody attracted by ultra cycling of races, but that is afraid of the extreme situations it involves, can find in this event a good option to start in these type of races.

In spite of the already varied calendar, the intention of BikingMan is to keep growing until being able to organize ten races per year, looking for singular places that could attract the attention of potential participants. As it has been until now, Axel will be in charge of developing and supervising every centimeter of the new routes, applying the experience gained after his multiple travels and adventures.