In case there weren’t already many reasons to visit British Columbia, one of the provinces of Canada, and its amazing infrastructure that promotes outdoor activities, the organizers of the well-known BC Bike Race launched this year a gravel version of the event.

A five day gravel stage race is something we are not used to see, but we welcome the multi-day format of the BCBR Gravel Explorer as it puts gravel at the same level as other cycling disciplines. With the motto “everywhere a gravel bike can go”, participants were already aware of what they signed for ahead of the event, and the nature of the routes truly challenged the concept of what a bike of this kind is capable of. 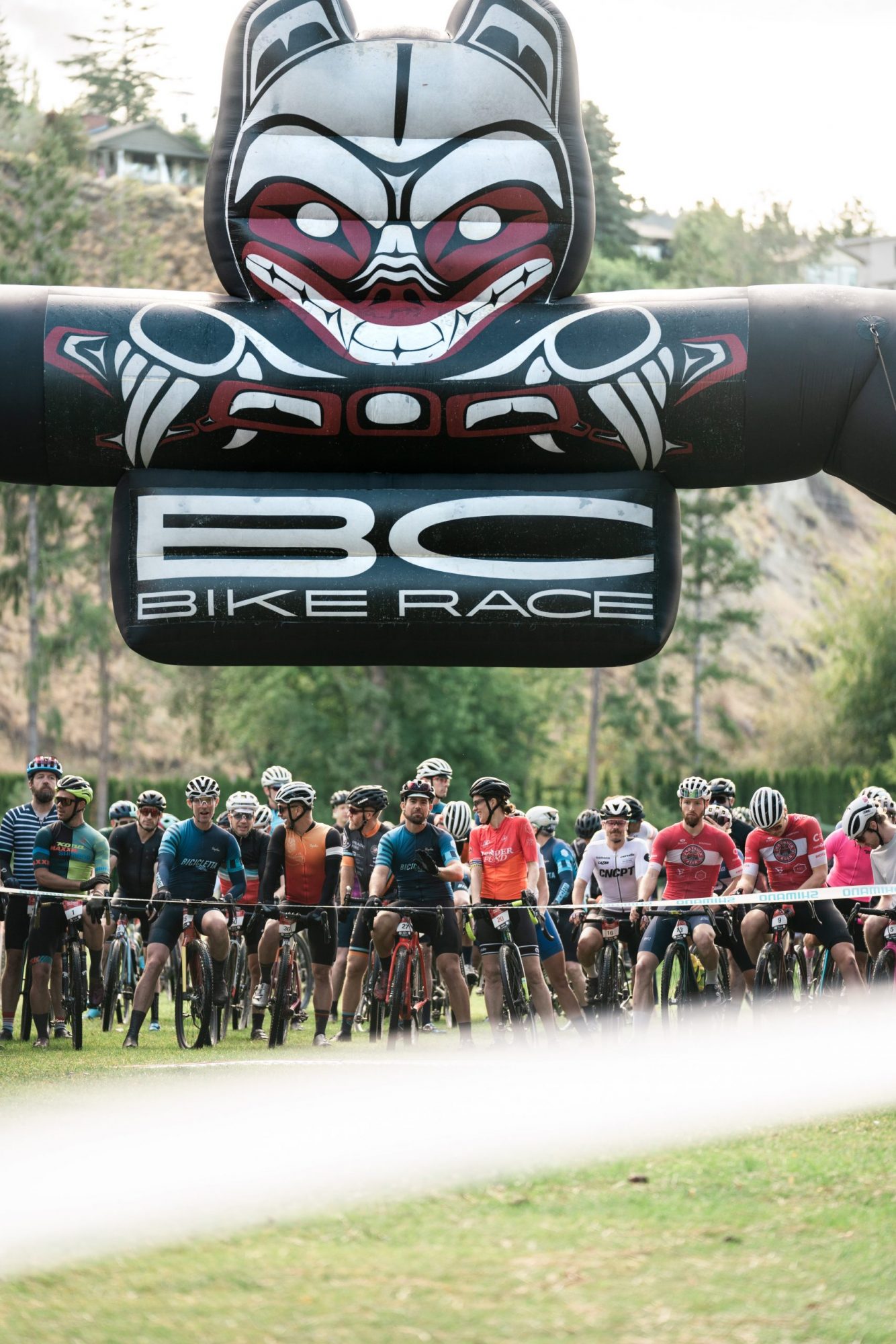 British Columbia at its finest

The first-ever BCBR Gravel Explorer began on Monday, September 27th, and it wasn’t long until riders realized that this is an event that differs from your standard gravel race in several aspects. The landscapes during the stages were breathtaking, but not everyone had time to look up from the intense focus of navigating the parcourse laid out ahead of them. If it weren’t for a race going on, each and every rider would have surely stopped several times to take in the views.

Svein Tuft, former pro that decided to go back home after living for the past few years in Andorra, was one of the designers of the course. Before his successful career as a pro cyclist, he used to spend his days outside, making the most of what British Columbia has to offer. Riders can blame him for the technical hike-a-bike sections along the course, or thank him for the amazing places they were able to visit.

While most stages were around 50 km long, riders also had to overcome a truly long day on stage 3, with almost 100 km in total and a lot of rolling gravel roads. With that mix, participants experienced both the chaos that characterizes CX and XCO races, but also the feeling of riding alone for a long time, like in an ultradistance or bikepacking event.

Some days, riders raced from point A to point B, and there were days in which the stage started and finished at the same point too, but always around the beautiful Naramata Bench. It is located in the South Okanagan Valley, which stretches 25km along the eastern side of Okanagan Lake. Fall in the Okanagan is the wine harvest, the wine festivals, the falling red and yellow leaves, and the finest race temperatures imaginable.

First ones in the history books

Cory Wallace showed to be the strongest in every single stage, with a final gap over the second ranked rider, Karsten Madsen, of over twenty minutes. He won the men’s category of the inaugural edition, and after a couple of easy days during the weekend, he went straight into the BCBR in its mountain bike version, a race he has already won in the past.

On the women’s side, Sammi Runnels was in the lead until the second to last stage, when she suffered a mechanical in which she lost all the gap she had built over the days. It was Amity Rockwell who took the general classification, as Sammi’s last push on Friday was not enough for her to regain the lead. After five days, many tough trails, mountains, hills, and gnarly singletracks, this well-fought battle was decided by less than a minute. 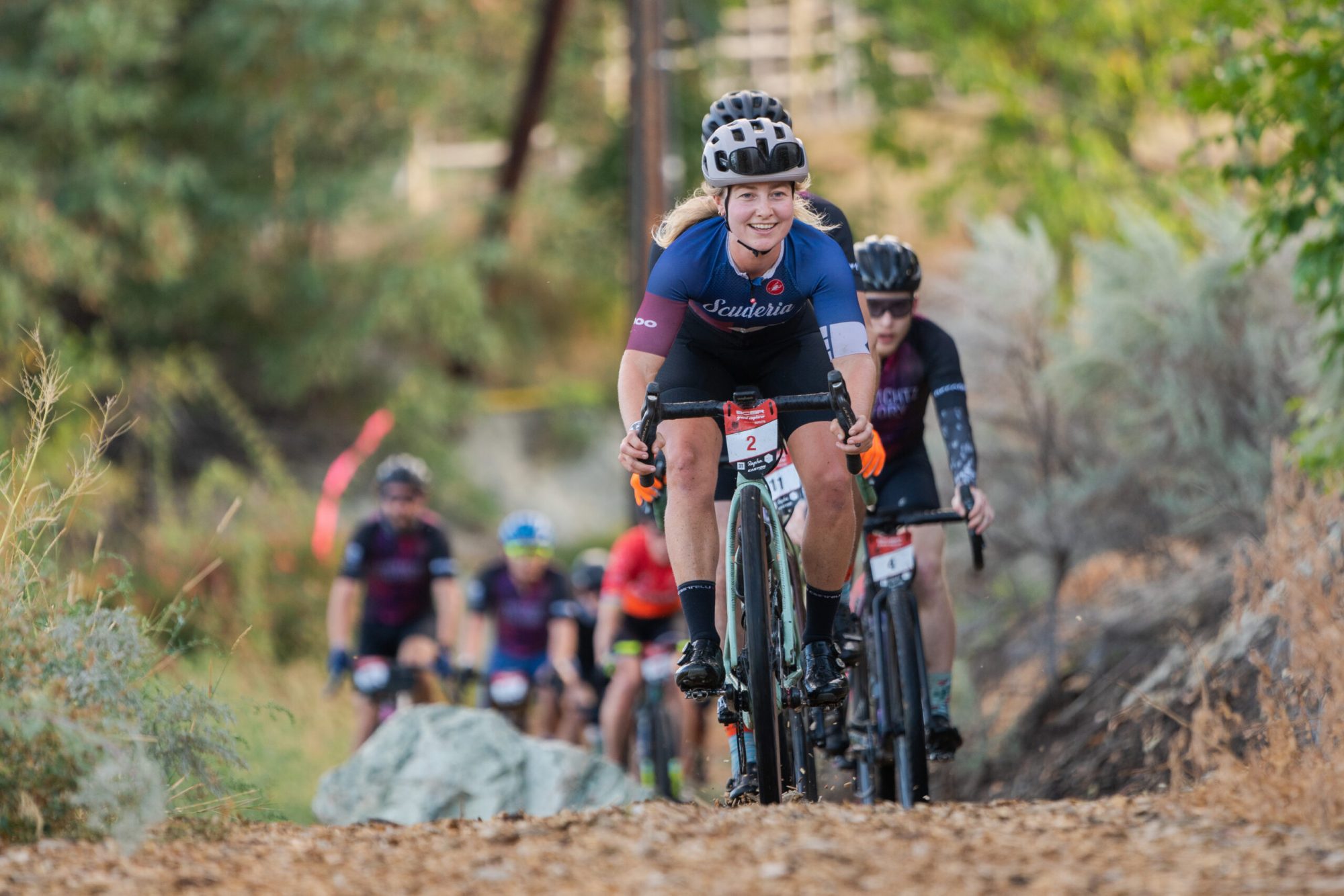 It seems that this new event caught the attention of a lot of female athletes, as a quarter of the participants were women. “We’ve pushed hard for years to increase the women on the start line with little success so it’s great to see it’s happening here at gravel. Hoping that our race will inspire more women to get out there and ride bikes, race bikes, and win races” – said the organizers.

While the mountain bike edition is already established on the calendar as one of the best stage races in the world with its fifteen year history, this was the first edition of the gravel version, but it won’t be long until riders from all over the world try to get one of the coveted places of the next editions to come.