For a while now, we have had our eye on the Builder Round-Up, which, since 2019, has been organized annually at ENVE’s headquarters in Ogden (Utah, US). Coinciding with this event, the brand decided to introduce a gravel event a year later called Grodeo, which was open to the public allowing attendees to share the route with the invited frame builders and the organizers themselves.

From The Service Course there was a desire to import this successful formula to the Catalan town of Girona and, in collaboration with the North American brand, they have created GiRodeo (ENVE Grodeo + TSC Girona). Without a doubt, a tandem with guaranteed success. 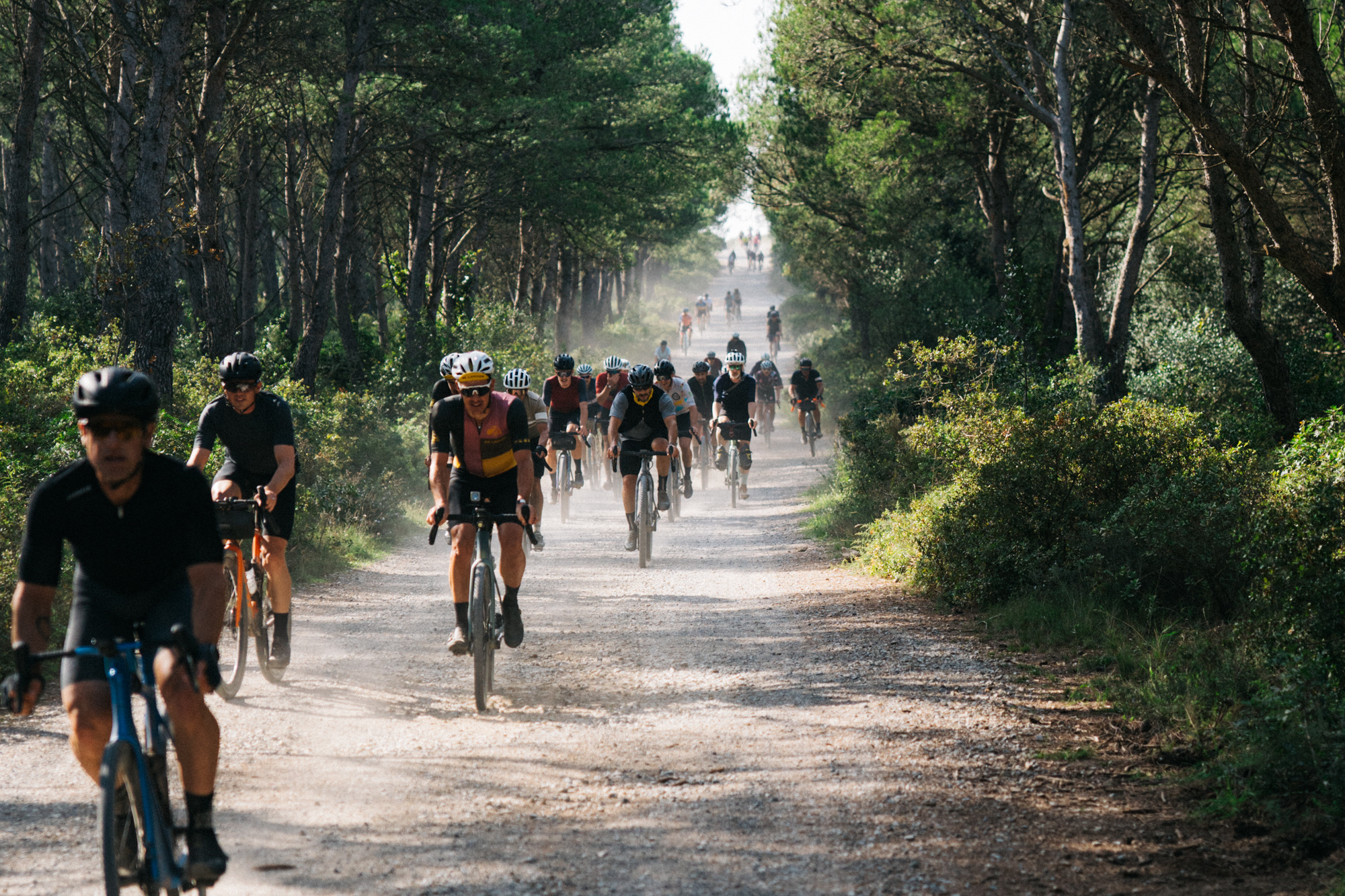 The agenda designed by the TSC team for this first edition was very complete. The days the event took place on (from Thursday, October 24th, to Sunday 27th) were organized in such a way that there was space to get to know the bikes presented by the frame builders, socialize, ride a bike, and enjoy Girona, its culture, and everything that surrounds it.

The first two days of GiRodeo 2022 were focused on the participating brands, the most important customers of The Service Course, and other friends who were invited. On Thursday morning, all the bikes selected for the show were exhibited at the spectacular Museu d’Arqueología de Catalunya in Girona, an ideal location for the official presentation and opening of the event. 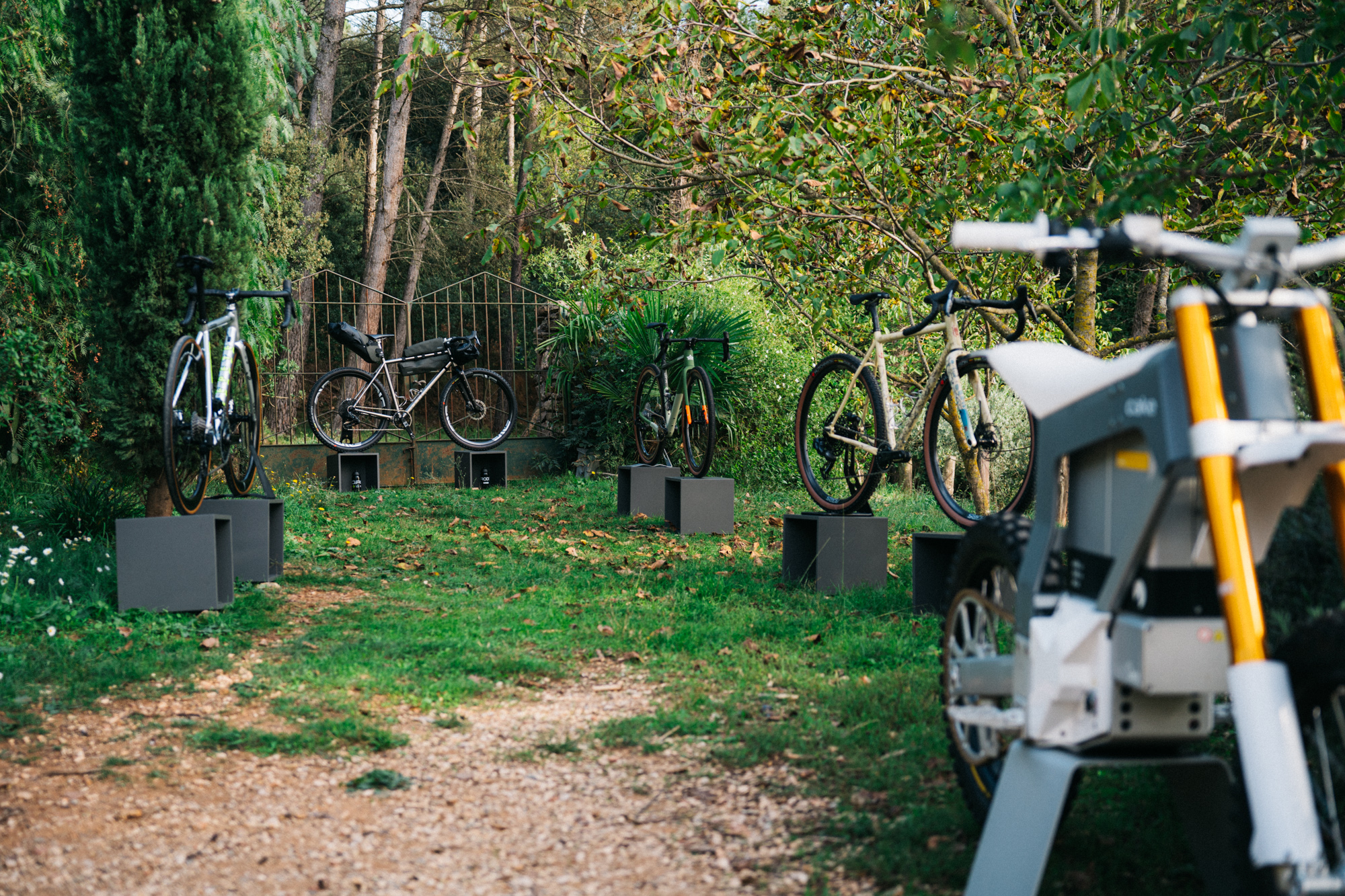 In the afternoon, there was a special welcome for all the participants with a pleasant walk from TSC Girona to the Mirador de Can Pi, where some local food and drinks awaited us in an idyllic place surrounded by nature at the outskirts of the city. In addition, all the bicycles that were part of the expo were also present in this second location, seamlessly integrating with the nature and the rural environment of the place.

For Friday, a ride of about 90 km took us through some towns of l’Empordà along perfect tracks for gravel, a feed stationon the coast in a viewpoint facing the sea, and the ending point in Doskiwis Brewing accompanied by craft beer, good food and some entertainment to finish off a great day of cycling.

On Saturday the main event of GiRodeo took place, a gravel ride open to anyone who wanted to participate and with two routes to choose from. Unlike Friday’s route, which headed towards the sea and was rather flat, Saturday’s track brought us more inland and was much more demanding in terms of distance and climbing. 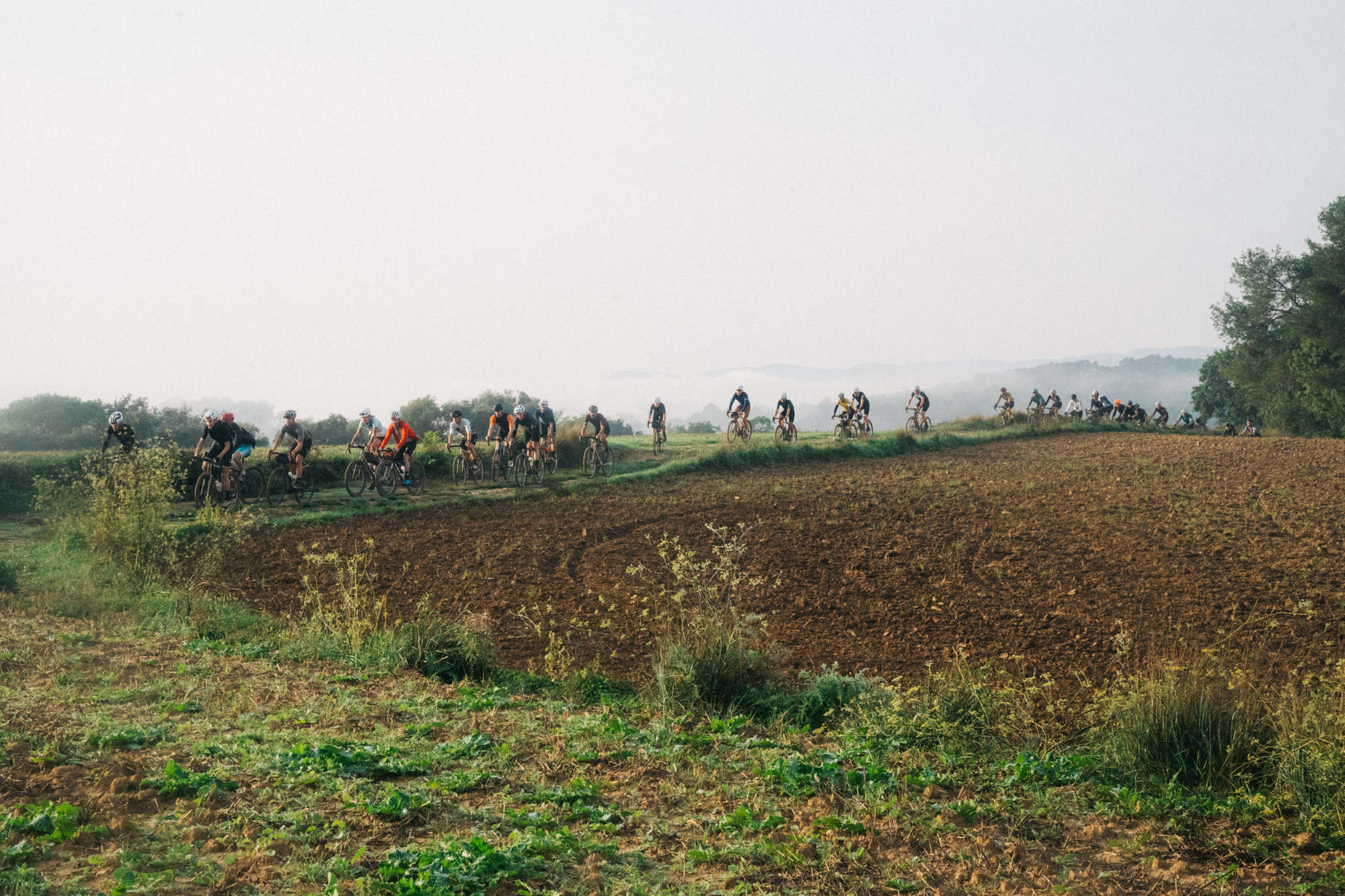 The Epic Loop, as it was tagged, was the main route with 130 km and approximately 2.500 m of elevation gain. It started in the center of the Catalan town and headed north to enter the Alta Garrotxa, where the track looped around the climb to the Santuari de la Mare de Déu del Mont, one of the mythical mountain passes in the area, and the main highlight of the day. Once we reached the highest point of the route, the route took us towards the medieval town of Besalú, where we found a pleasant feed station and from there we faced the last part of the route, going through another well-known climb such as Rocacorba to finally descend back to Girona.

The second route was a lighter version of the main track in which some of the toughest climbs of the day were avoided, completing a total of 100 km and +1.300 m.

To end the GiRodeo 2022 program, on Sunday, the crew organized their traditional Sunday Salida putting the icing on the cake to a few days of splendid cycling.

Considering that it was the first time that TSC and ENVE organized something like this in Europe, framebuilders and brands came to the event with great motivation and enthusiasm. A clear example was the great participation of this first edition.

At the expo we were able to see the brand new Argonaut gravel model, the GR3 , which we were testing throughout the event. We also had the presence of our friend Kico from Bellé Cycles, Rubén from Rizzo Cycles, the guys from Isen Workshop, the Colombians from Scarab Cycles who did not want to miss it, a very influential brand like Mosaic Cycles, the renowned Open, or the young Czech guys from the Repete Cycles.

Finally, being part of the organizers, ENVE had its own models on display and we could see several versions of their new Melee. In addition, in an exclusive and unofficial way, we witnessed the first public appearance of what will be its future gravel bike model that will soon be released, and we can already tell you that it looks fantastic. 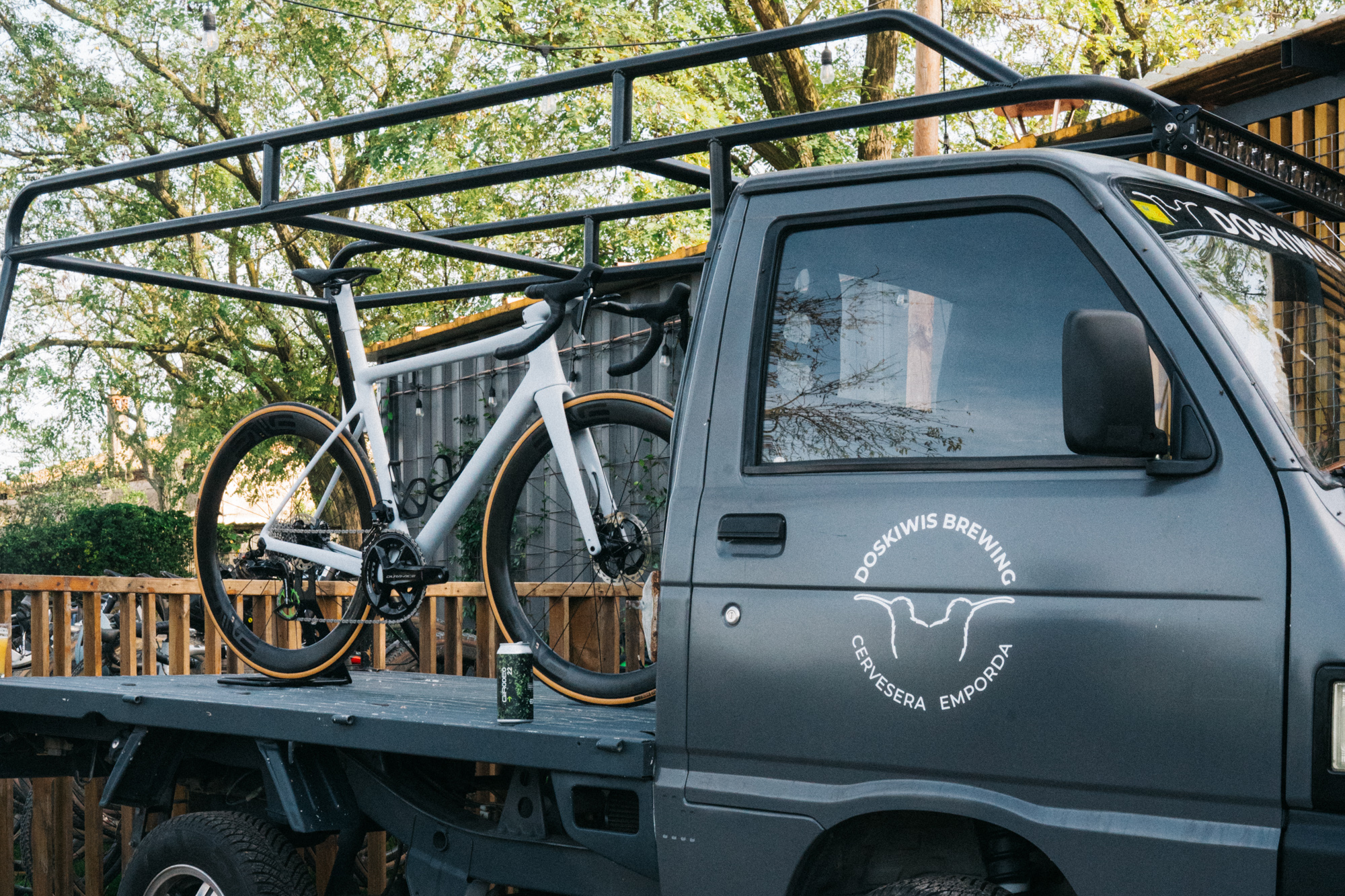 The Service Course in full

We would not want to end this article without congratulating the team of TSC for the work they have done organizing an event like this since such a level of international involvement by all the attendees is not easy to achieve and we believe that the result was the most satisfactory.

The effort and dedication of the entire TSC team (not just Girona) at all times was of great help so that all of us who attended the GiRodeo felt at home and could enjoy this great gathering to the fullest. We hope this is just the first of many.