Ian Boswell claimed victory in Unbound last Sunday, and even if he was surprised by his performance in his first attempt at the race, he should also be proud of what he has accomplished. Boswell used to be part of the pro peloton and rode all three Grand Tours, but his life is now completely different, racing off-road while working full-time. 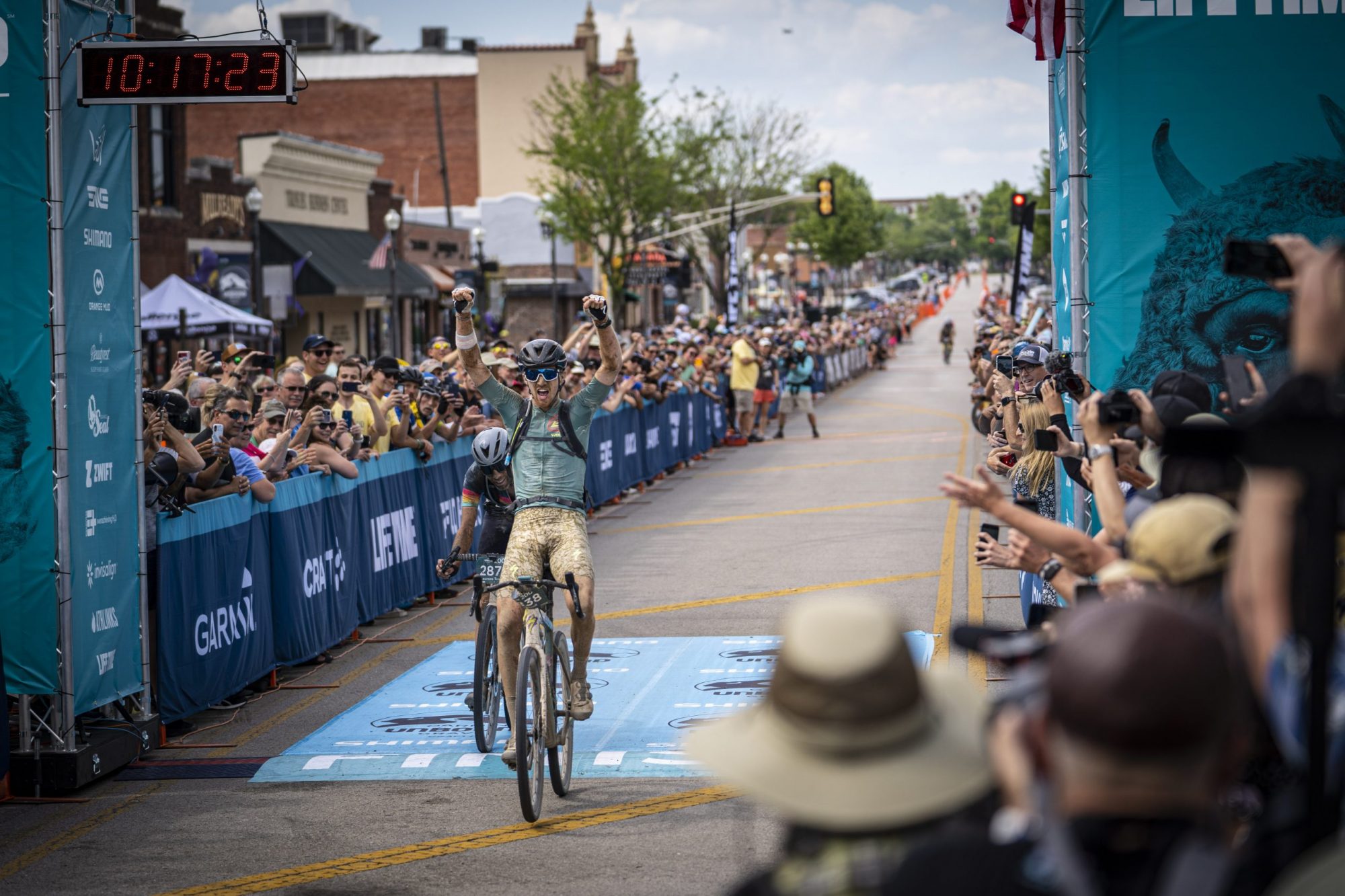 From road to gravel

In March 2019, during Tirreno – Adriatico, he had a pretty severe crash resulting in a concussion that, in addition to similar previous crashes, made him realize the risks he was continuously facing. He wasn’t able to race again that season, and finally, he decided to transition out of the road scene.

Ian grew up in Bend, Oregon, and after living in Nice during his time as a professional road cyclist, he is now based in Vermont. “My wife is from there and it just really had all the things that I wanted, like an old farm and some property, and of course beautiful roads and trails. Winter here is obviously hard, but I knew at some point in my life I wouldn’t be racing and I would like to get back into skiing and doing other things.”

During his years at Team Sky and Team Katusha Alpecin, he had to put a lot of his hobbies on pause because he was so focused on training and resting, not allowing himself to put energy into anything else. Now he has been able to rediscover the passions that he used to enjoy, like fishing or gardening, things that he had not done for the last ten years of his life.

“I have come to terms with the road racing chapter of my life”, he stresses. He still keeps an eye on what their friends in the current peloton are doing, but he doesn’t envy what they have to go through, with the recent rainy and long stages in the Giro d’Italia as an example.

This winter he has mainly been riding his fatbike in the snow and doing some cross-country skiing, in addition to indoor training. “Maybe I don’t have the same race fitness, but my body is just more rounded and strong for just doing different sports”, he says. He has enjoyed mixing things up, something completely different from what he used to do in the past.

The simple fact of riding a bike because he wants to instead of being forced to do it has made him fall in love with cycling again. He and the ones around him realize the value that it brings to his life. “My wife understands how important it is for me to ride, and how much of a better mood it puts me in”, he acknowledges.

When in doubt, always push

Unbound was just the second-ever gravel race for Boswell, after making his debut in the discipline just a couple of weeks ago at Rule of Three in Bentonville, Arkansas. His performance there caught the eye of several Unbound contenders, in the same way that Ian checked who performed at a high level in Gravel Locos, an event that took place in parallel.

He was nervous before that first race, not knowing what might happen. With no clear idea of the dynamics of a gravel race, he simply turned on the engine and started pushing with all the others behind him, as he did for so many years as a domestique. He finished 2nd and realized that he was in great shape, despite not having the best preparation. 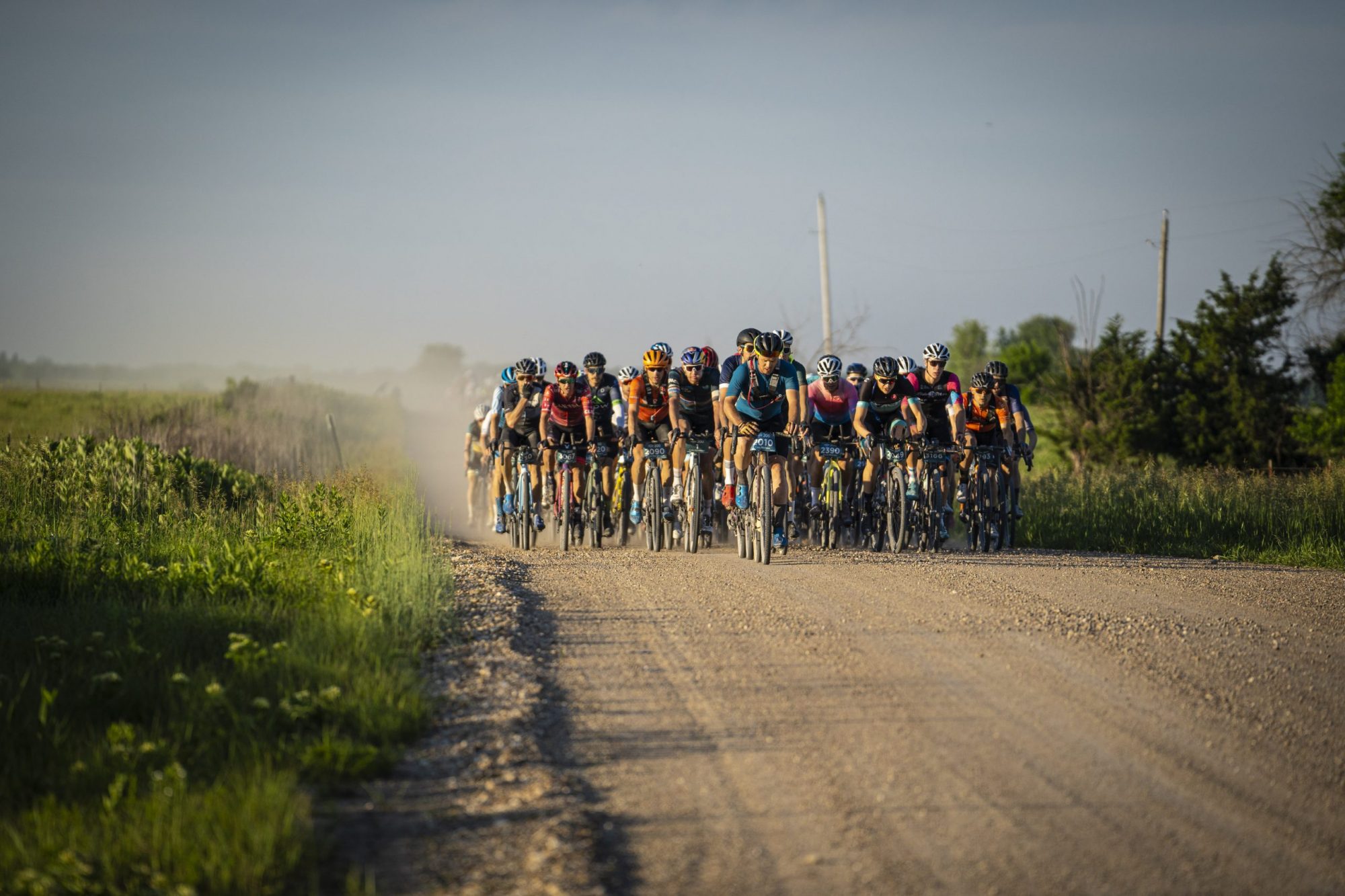 This winter he couldn’t train as much as in the past, but that didn’t worry him in excess. Endurance doesn’t require a lot of training to be maintained, and it is only that last tiny percentage of sharpness what he may have lost in the past few months.

His time as a professional road rider has provided him the endurance required for these events, but there is not a 10-hour race in the WorldTour calendar, and in road races, no one really rides by himself.

Because he doesn’t have a lot of experience in gravel, and because the startlist for Unbound was packed with previous winners and well-known faces, Ian was able to line up for the start at 6:00 AM without a huge external pressure. Nonetheless, he pushed to create a selected group already at the beginning.

After three hours of racing, the front group consisted of 15 riders, with all the big hitters being there. Unbound and all the rest of long-distance events are well-known for being attrition races, and little by little the group was getting smaller, with riders being left on their own in the middle of the Kansas fields. One could see Ian at the back of the selected group after each technical section, having to push to get back once the terrain allowed it because he wasn’t willing to take extra risks, knowing the danger of sustaining another concussion.

With half of the distance remaining, Boswell was still in the front together with Ted King, Peter Stetina, Colin Strickland, and Laurens Ten Dam. There were several attacks among them, trying to split the group in the rolling terrain. The 206 miles (331 kilometers) were not flat by any means, and we could see the grim faces of the riders trying to hang in the group when the gradients required extra work.

After a steady effort of more than 10 hours, it seemed that the winner of Unbound was going to be either Laurens Ten Dam or Ian Boswell, two roadies without explosiveness in their skillset. The American was able to beat the rider from the Netherlands in the final sprint, and he became the 2021 winner of the prestigious race.

Like many other gravel cyclists, he is racing like a privateer instead of being part of a team. “Some of us have a partner in common but by no means we are teammates. We still want to beat each other”. He is part of the Wahoo Frontiers together with Colin Strickland and Peter Stetina, and although one can see that they are good friends that share tips and tricks, there are no strings attached when the race starts.

Ian Boswell has been using the Wahoo products right from the beginning of the cycling brand. He has always had a tight relationship with the people in the firm and, when he updated them about his plans after retiring from road racing, they wanted to be involved. In fact, he now works full-time for them, managing athlete relations together with the marketing team. 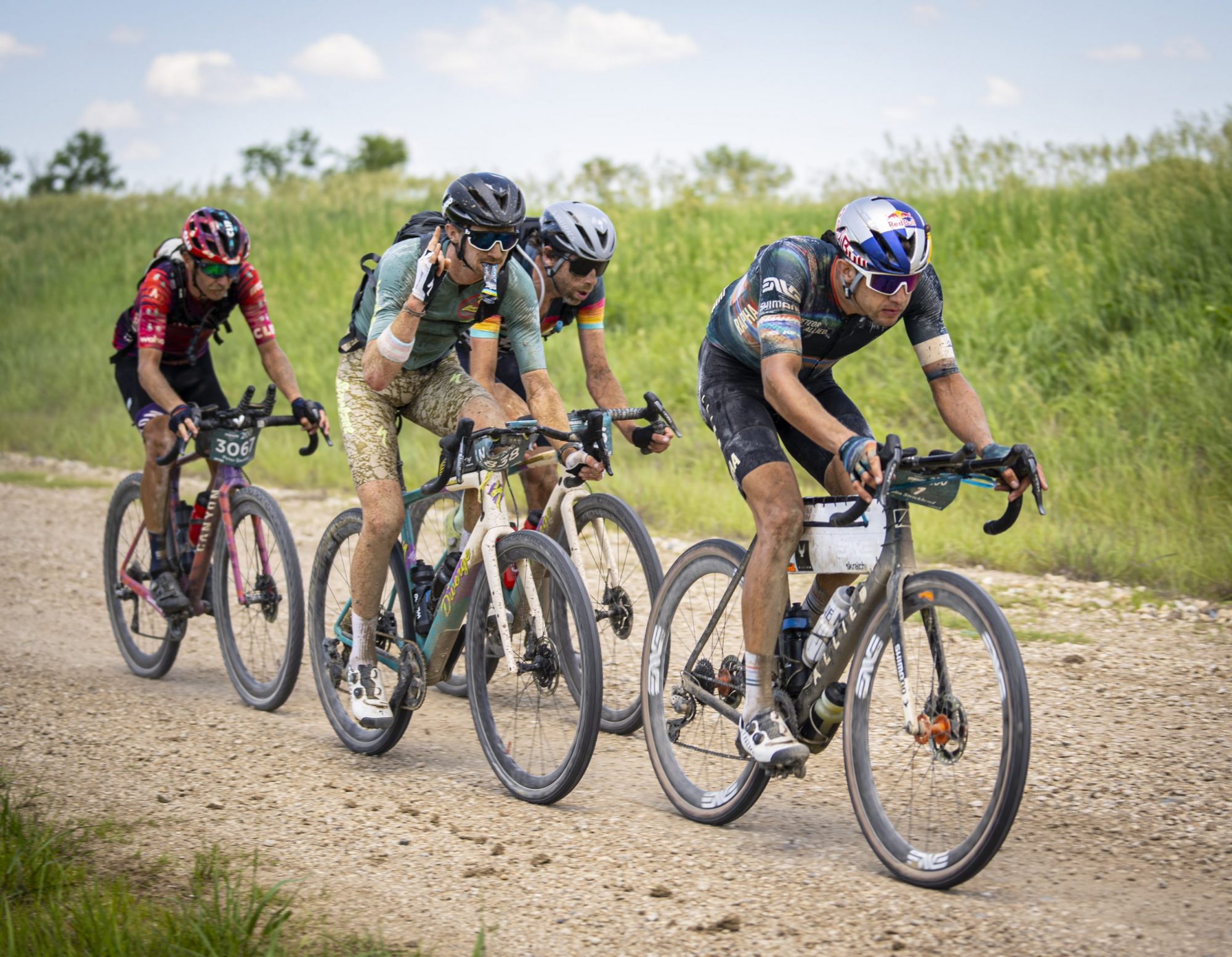 When we chatted with him, he was planning to face all these riders again in the incoming Belgian Waffle Ride events, SBT GRVL, and Vermont Overland, among others. Even with such a busy summer and fall ahead, he would love to come back to Europe again this year. Maybe for one of the Grand Tours, trying to enjoy them from a different point of view, and still riding his bike but also doing some commentary or recording new episodes for his podcast too.